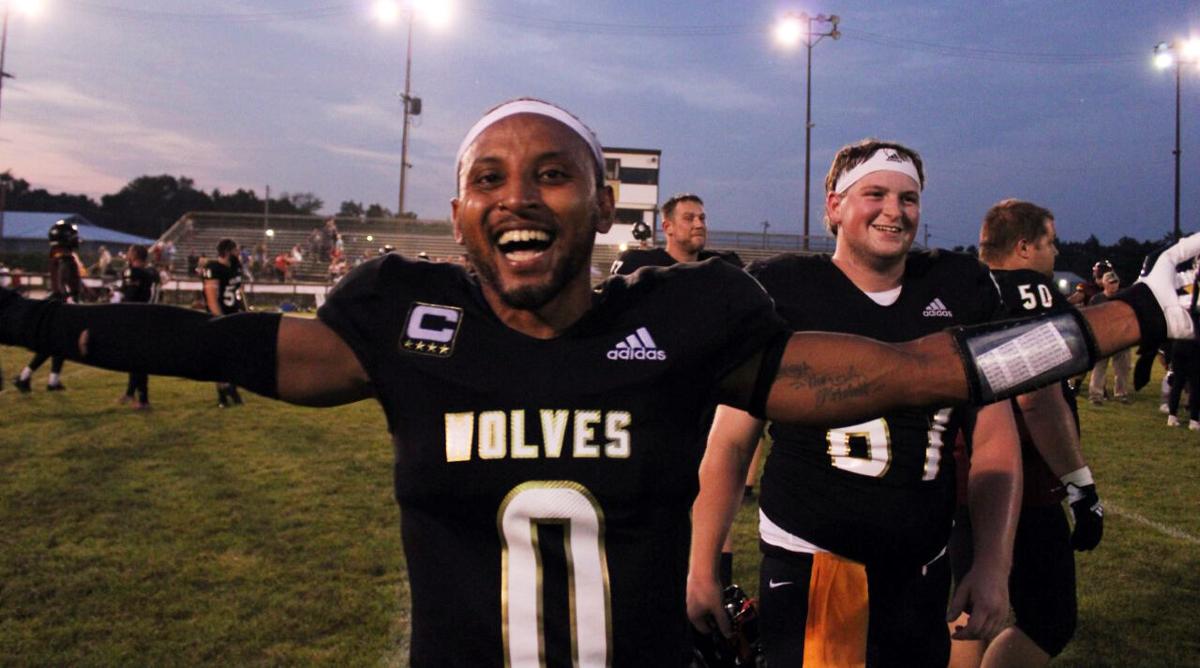 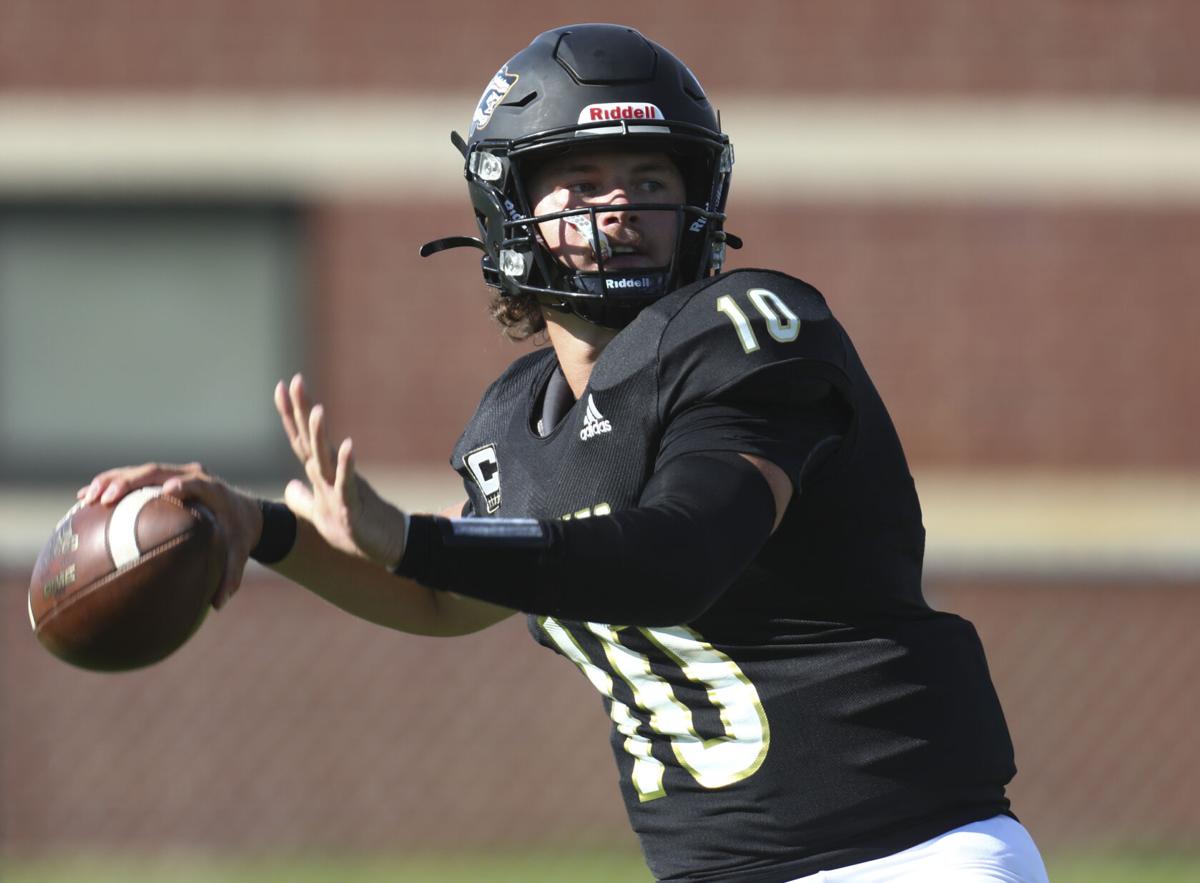 Northern Michigan Wolves’ Will Noble looks to make a pass during a playoff game with Albion at East Middle School in Traverse City Aug. 14. 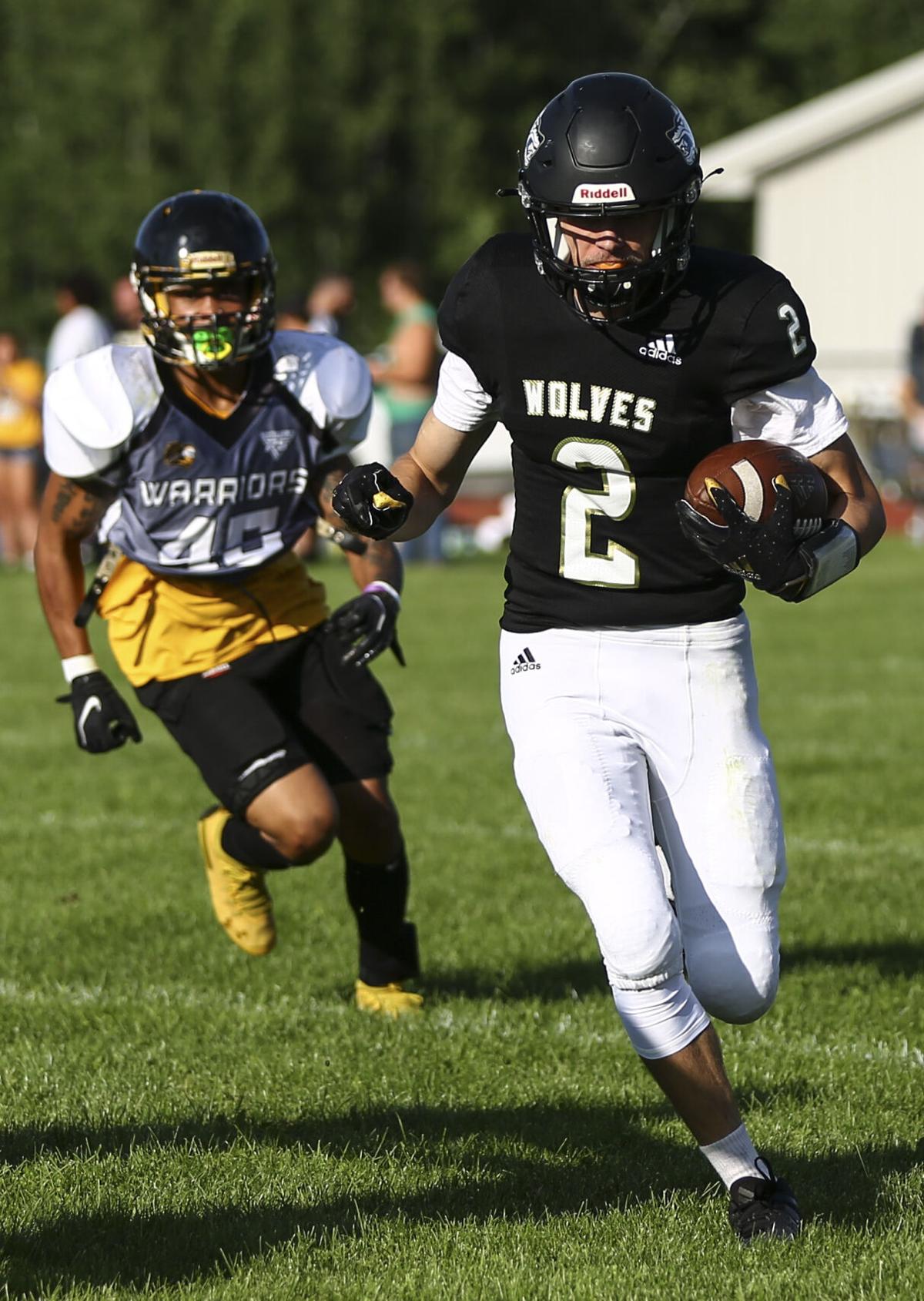 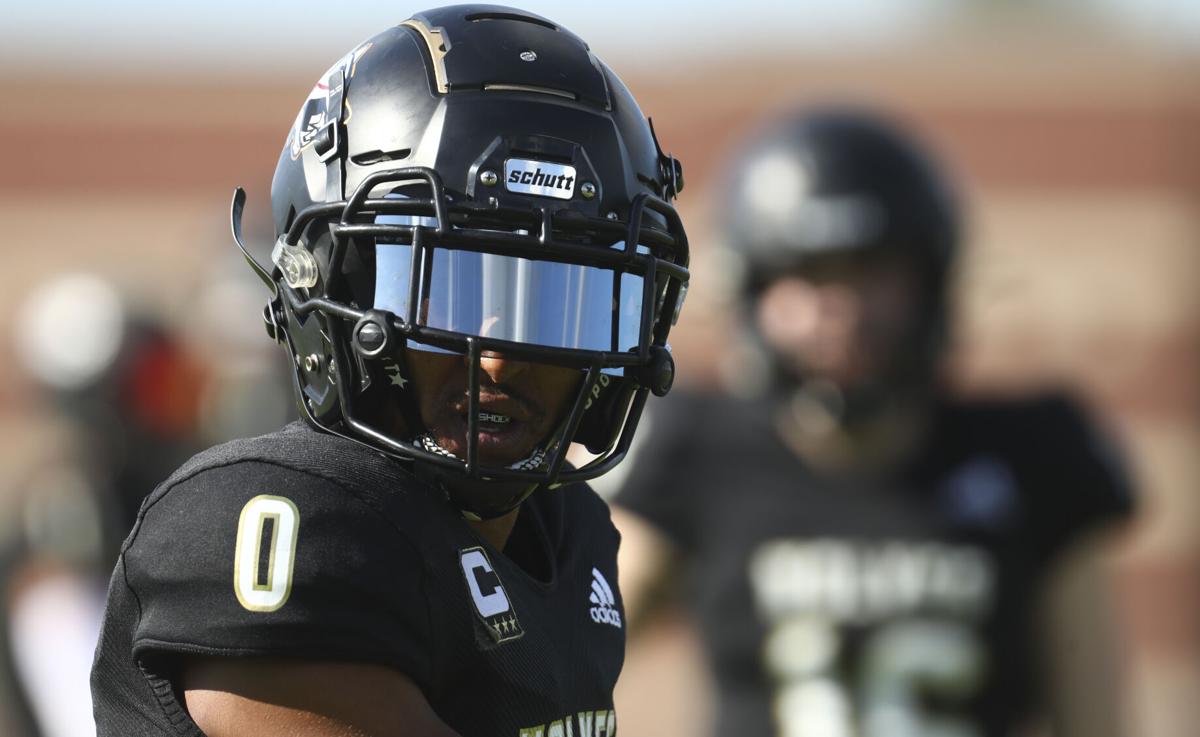 Northern Michigan Wolves’ Darron Munson stands between plays during a playoff game with Albion at East Middle School in Traverse City on Aug. 14.

Northern Michigan Wolves’ Will Noble looks to make a pass during a playoff game with Albion at East Middle School in Traverse City Aug. 14.

Northern Michigan Wolves’ Darron Munson stands between plays during a playoff game with Albion at East Middle School in Traverse City on Aug. 14.

They didn’t necessarily expect it, but faced it well.

The Wolves came back from a 12-0 disadvantage to defeat the Lansing Lightning 16-12 and claim their second GMFC championship in four years.

The Wolves (13-0) had champagne bottles hidden under the benches for postgame festivities, just in case. Head coach Jesse Smith and defensive coordinator Mike Hanson received the usual celebratory Gatorade showers as the final seconds ticked off the clock.

“That was the goal from day one,” said quarterback Will Noble, a Kalkaska native. “We promised this team a championship — and we delivered.”

Evan Gattin, a Traverse City Central alumnus who’s played with the Wolves since 2008 (aside from a period in 2013-15 where he left to play college basketball at Champion Christian College), said he hopes to play one more year to defend the team’s championship.

“We deserved it,” Gattin said. “We put in so much work. Everybody says they want to win a championship, but when you actually do it and go 13-0, it’s just unreal.”

Gattin’s sack for a safety with just under two minutes left accounted for the final score and allowed the Wolves to run out the clock.

“When they say nothing comes easy, they aren’t lying,” Gattin said. “We never felt like we had won until I made that play.”

The Wolves trailed 12-0 in the early second quarter before Noble tossed touchdown passes to Dustin Hejka and Zack Noren and a two-point conversion throw to Darren Munson.

“It was a fantastic feeling to cap out the season and finish the season undefeated,” said Smith, who also serves as Traverse City West’s freshman football coach.

Now, the Wolves must wait for a decision from the national committee to see whether they’ll be invited to the national championship tournament in Florida next January. The Wolves were ranked 18th nationally before Saturday’s victory.

Lansing picked off Noble twice and and forced a strip sack. One of the interceptions came off a tipped pass.

“It was tough, but we persevered,” Noble said. “The defense stepped up after giving up two early scores. They strapped their boots on.”

The defense surrendered only 12 points in three playoffs games, and didn’t give up a single point in the second half of any game this year.

“That’s a special defense we have,” Smith said. “We could have easily just folded, but they put their foot in the ground and fought back.”

“It takes all of us to do what we did,” Gattin said. “I’ve never been part of a more special team brotherhood.”

MANTON — It would be a bit much to ask 11 players to play each play of the game, offense and…