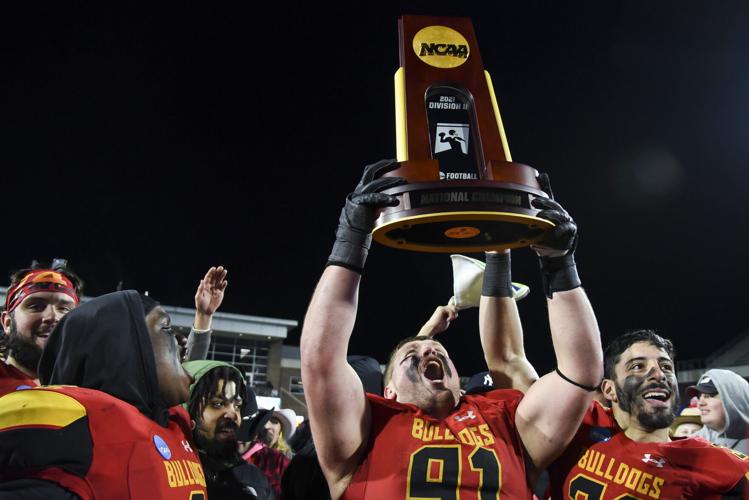 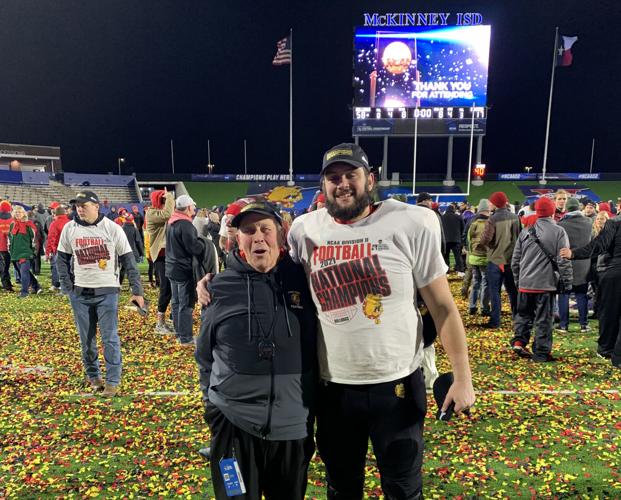 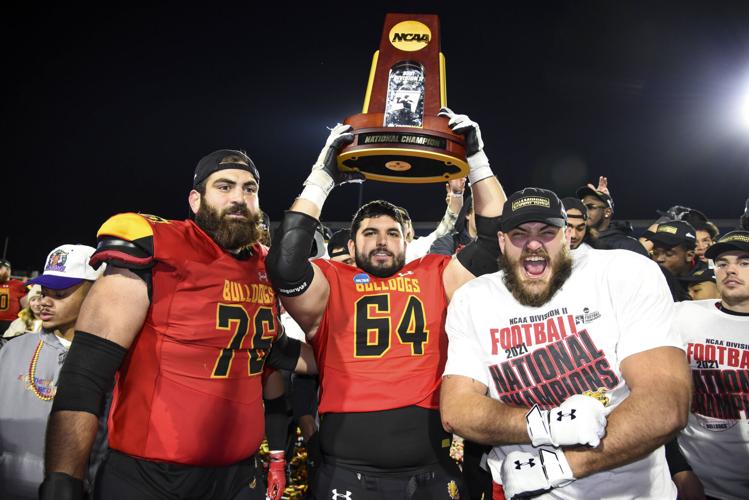 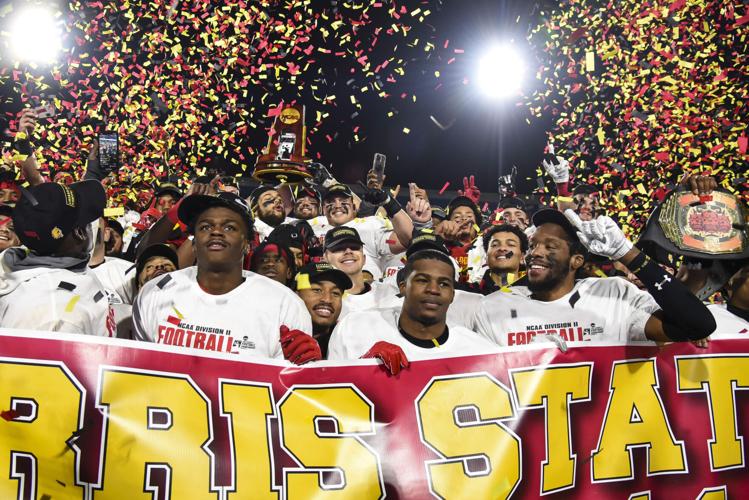 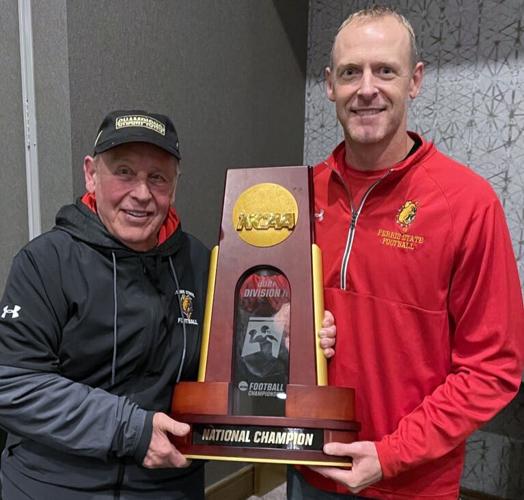 He went back to Big Rapids with a future national champion.

After Ferris State’s Division 2 national championship blowout win over Valdosta State, Schugars posed for photos with the player he brought back from that trip to Onekama, Bulldogs’ left tackle Caleb Wisniski.

Schugars made the trip north to the school of about 150 students to catch a glimpse of Wisniski. Onekama now has fewer than 100. Wisniski produced a Record-Eagle Dream Team season that year, highlighted by a playoff game against Frankfort in which he had multiple sacks and intercepted two passes — from the defensive line.

“He was just a dominant player in the league they play in,” Schugars said. “Then I went to Onekama and thought, ‘Wow, we found a gem in this school.’”

Fast forward five years, and the 75-year-old Schugars is still coaching at Ferris State, albeit in a part-time capacity. Wisniski played a significant role on a talented line deep enough that Ferris frequently used 10 blockers each game. Six of those came on board with Wisniski’s 2016 recruiting class.

Wisniski said he knew this would be the year for the Bulldogs. A lot of players stuck around, taking full-time jobs during the COVID-19 pandemic and returning for the 2021 season with their extra year of eligibility.

He could return next year because of that extra year, but Wisniski doesn’t plan to. In addition to being able to go out on top, his college career ends like his high school one did — with multiple offers. He’s already been offered several jobs, but he has two more classes to take this spring to finish his welding engineering degree.

“Man, it was something special,” Wisniski said. “A little bittersweet because it was my last game ever, but it was awesome.”

Ferris pounded Valdosta State 58-17 in the national championship game to end the 2021 campaign 14-0. The trip to the title included wins over four teams ranked in the top seven.

“We really kept pounding them,” Wisniski said. “We have one of the best O-lines in the nation. We kept moving the line of scrimmage and they couldn’t get anything going.”

“I don’t know if anybody has ever done that,” Schugars said. “People kept asking me that after the game. I’m just blessed to be there with (my son) Eric and then back at Ferris.”

Schugars spent seven years as a full-time coach at Ferris after a Hall of Fame career at Muskegon Oakridge.

During the season, he spent Sunday, Wednesday and game day with the Bulldogs, the rest with the Trojans.

“What else would I do?” Schugars said. “I’m not a very good gardener.”

He coaches the kickers, punters and long snappers at Ferris, mentoring the special teams at TC Central — a job his son used to handle.

“Schugs is always kind of there,” Wisniski said. “Even when he’s not here, he’s still here. A day or two a week. He’s my hero. He brought me here.”

What Ferris State accomplished in Wisniski’s five years there is significant.

The 2016 class produced a 53-4 record, 40-1 regular-season mark, three straight Great Lakes Intercollegiate Athletic Conference titles and a 5-0 record against rival Grand Valley State. Starting in 2017, the Bulldogs advanced at least to the national quarterfinals each year, including an appearance in the 2018 title game.

Ferris’ line paved the way for 459 rushing yards, averaging 9.0 yards a carry in the title game.

“We were so dominant all season, so we were really confident going into it,” Wisniski said. “We really wanted the dub and were focused the whole time. We were locked in, and that showed on the field.”

TRAVERSE CITY — Josh Burnham posed with a mock-up of the Heisman Trophy on one of his many visits to Notre Dame’s campus.

TRAVERSE CITY — The Traverse City St. Francis Gladiators swatted a 60-year-old proverbial monkey off their back.

BENZONIA — Maya Musgrave doesn’t want cross country athletes to ever experience what she went through her junior year.