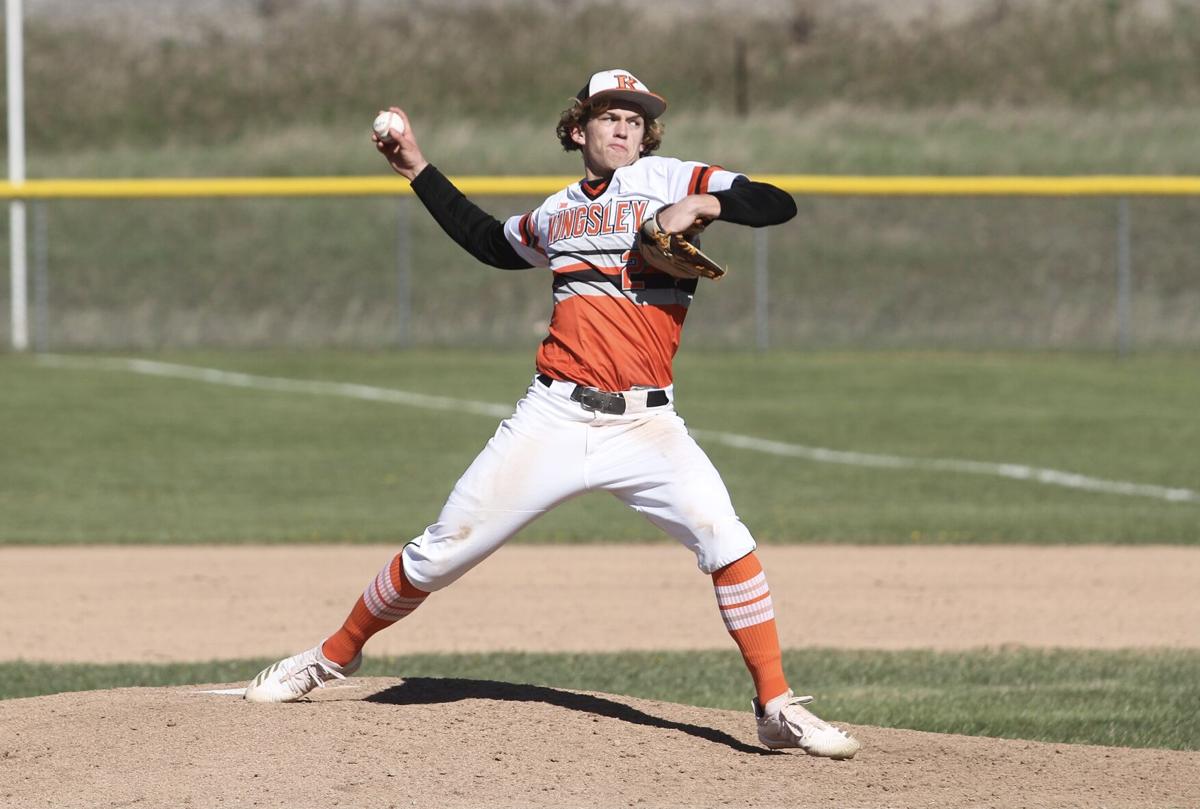 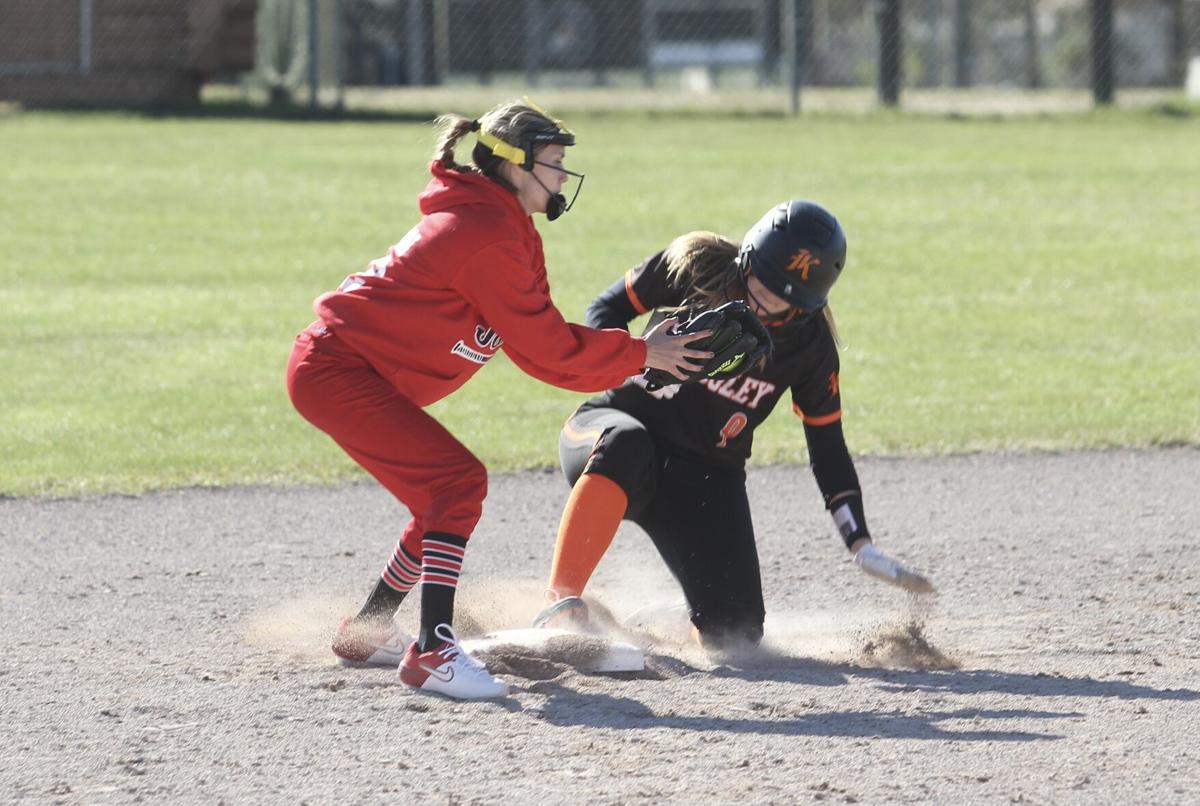 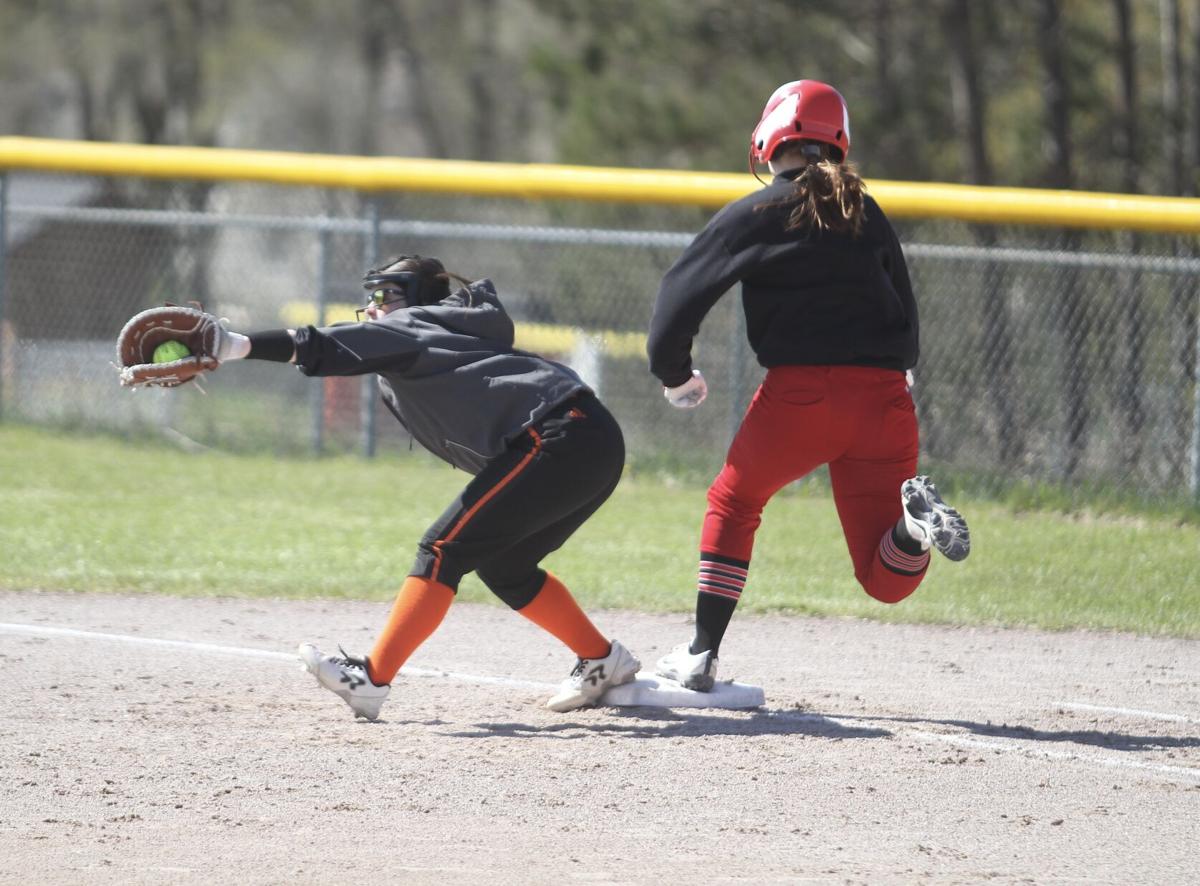 An East Jordan player beats out the throw during the first of two games at Kingsley High School Friday. 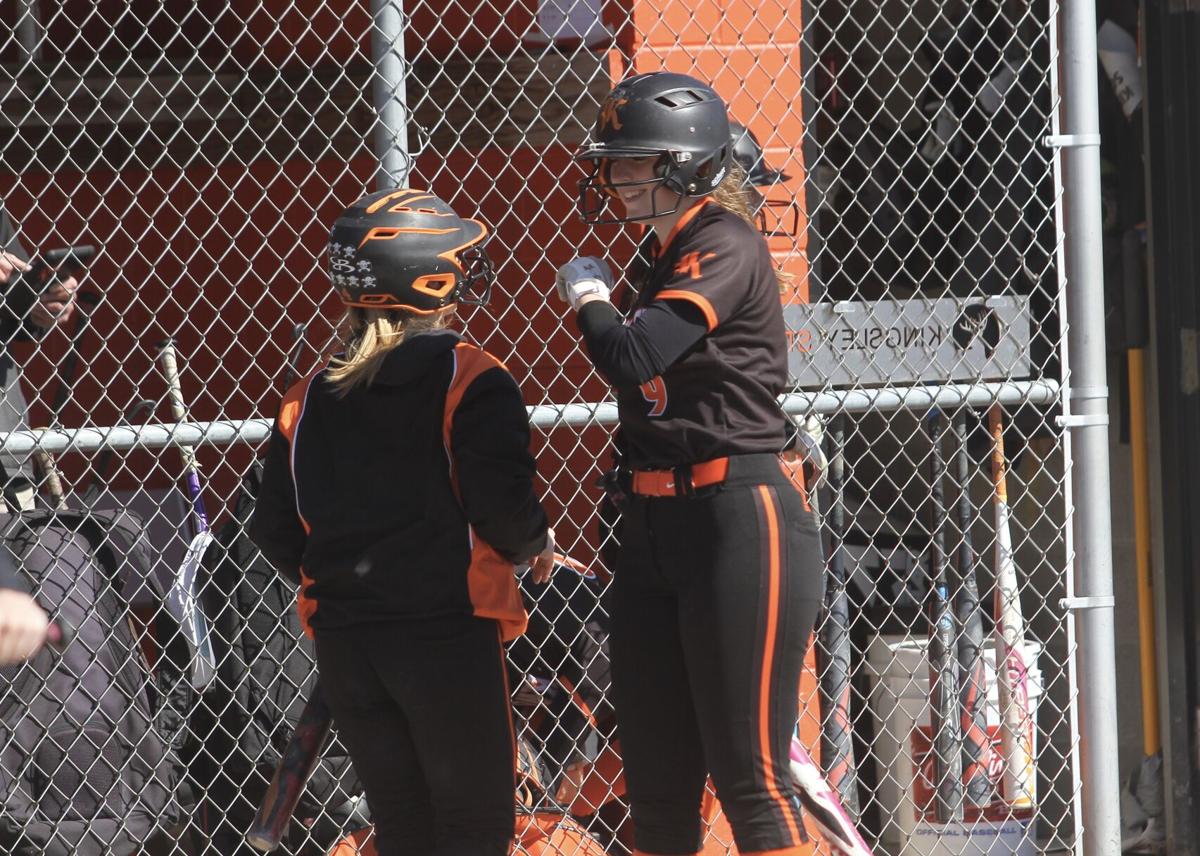 Alexa Sweat (9) and a teammate celebrate a run during a doubleheader against East Jordan at Kingsley High School Friday. 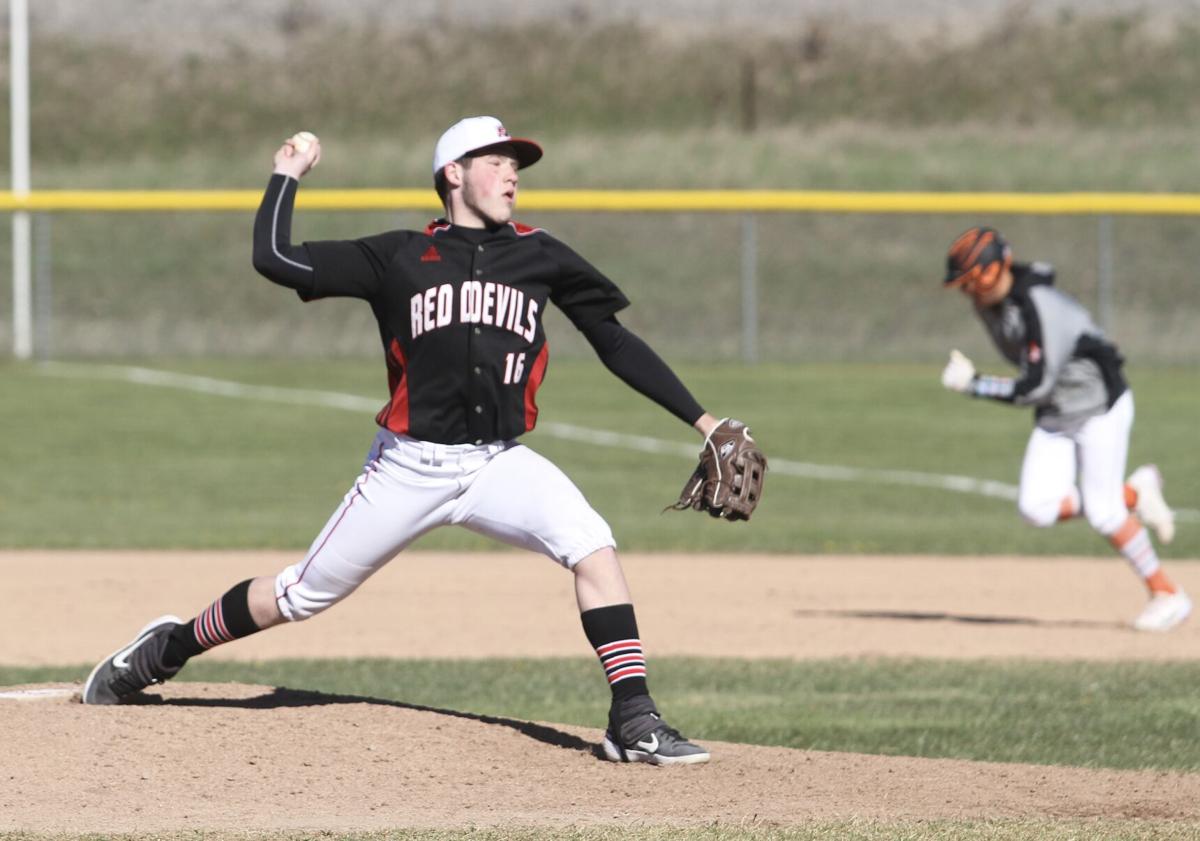 An East Jordan player beats out the throw during the first of two games at Kingsley High School Friday.

Alexa Sweat (9) and a teammate celebrate a run during a doubleheader against East Jordan at Kingsley High School Friday.

KINGSLEY — The Kingsley Stags had themselves quite the week on the diamond.

The Kingsley baseball and softball teams each completed two wins Friday by mercy over East Jordan. The clean sweep on their home fields gives the Stags a combined 10-0 record this week with wins over storied programs.

The Stags (15-3) managed to take both games from Division 1 TC West Thursday, winning the first game 7-5 and taking a rain-shortened nightcap 4-0.

“We lost a couple of games against Central and one to St. Francis so coming back to beat West was a good feeling,” Kingsley senior Owen Graves said. “Then coming out to beat East Jordan was good so I am just happy and we should be rolling for the next few weeks.”

The softball team rebounded from weekend losses at the Coach Doriot Tournament to TC St. Francis to take two games from Kalkaska in walk-off fashion Tuesday.

The Lady Stags (14-5) waited until the final at-bat in both games Tuesday, beating the Blazers 8-7 and 6-5. Jessie Stiner and Grace Lewis each had a walk-off single to beat the Blazers, who took down the Gladiators this week.

The Lady Stags — and Karly Roelofs in particular — rode that momentum into huge 15-0 and 16-1 wins Friday over the Red Devils. Roelofs earned the win from the circle in game one, allowing only two hits while striking out five. She hit three doubles and three RBIs to help herself to a three-inning victory before blasting her opening at-bat of the nightcap over the left field fence for three more RBIs.

East Jordan allowed seven doubles in the first softball game of the day as Alexa Sweat and Leslie Hamilton also had multiple hits. Following Roelof’s home run, the Lady Stags had Sweat and Avery Hawkins each have multiple hits and RBI to push them to another three-inning win. Nearly every player batted for Kingsley as they combined for 27 hits on the day.

Stags coach Jaime Hawkins said this week should be just the momentum they need before starting the Northwest Conference season next week.

“I’ve been coaching these kids since they were 8; I have my oldest daughter on the team,” Jaime Hawkins said. “They’re 18 now. This is not just the softball team; this is family.”

East Jordan head coach Meg Kitson said COVID-19 impacted her team’s ability to get its footing early as only they have only one senior and one player with varsity experience.

For the baseball team, the wins over Benzie and West gave the Stags a confidence boost headed into Friday’s thrashing of East Jordan. The Stags won 16-0 and 16-1 over the Red Devils.

In the first game, Graves tossed a perfect four innings while the offense snapped to score 16 runs in a flash. Graves had four strikeouts in the game with no hits and no walks, all while the defense went without an error.

Graves also went 3-for-4 from the lead-off spot with two RBIs to help himself to the perfect game. Dante Crossley and Jayden Inthisone each had two hits and two RBIs in the first game.

Brady Harrand was responsible for the second win on the mound for Kingsley, tossing three innings of two-hit ball before the Stags reached the 15-run mercy rule. Beau LaTulip led the way in the night cap with three hits, three runs and three RBIs. Joe Moran, Kenton Ray and Crossley each batted in two runs in the nightcap on multiple hits.

Thomas Reid III broke up any thought of another no-hitter with two singles of his own for East Jordan, scoring once.

The hot streak before the Northwest Conference play begins was essential, according to coach Bruce Graves, especially after finding out their district draw of Cadillac this week.

This is the first time Kingsley participates in the Division 2 baseball playoffs and plays in a district with Big North Conference members Cadillac and Petoskey, along with Ogemaw Heights.

“We don’t know what to expect,” Bruce Graves said. “We’re basically playing the Big North, minus the Traverse City West and Central, and we know they can play, but we have confidence.”