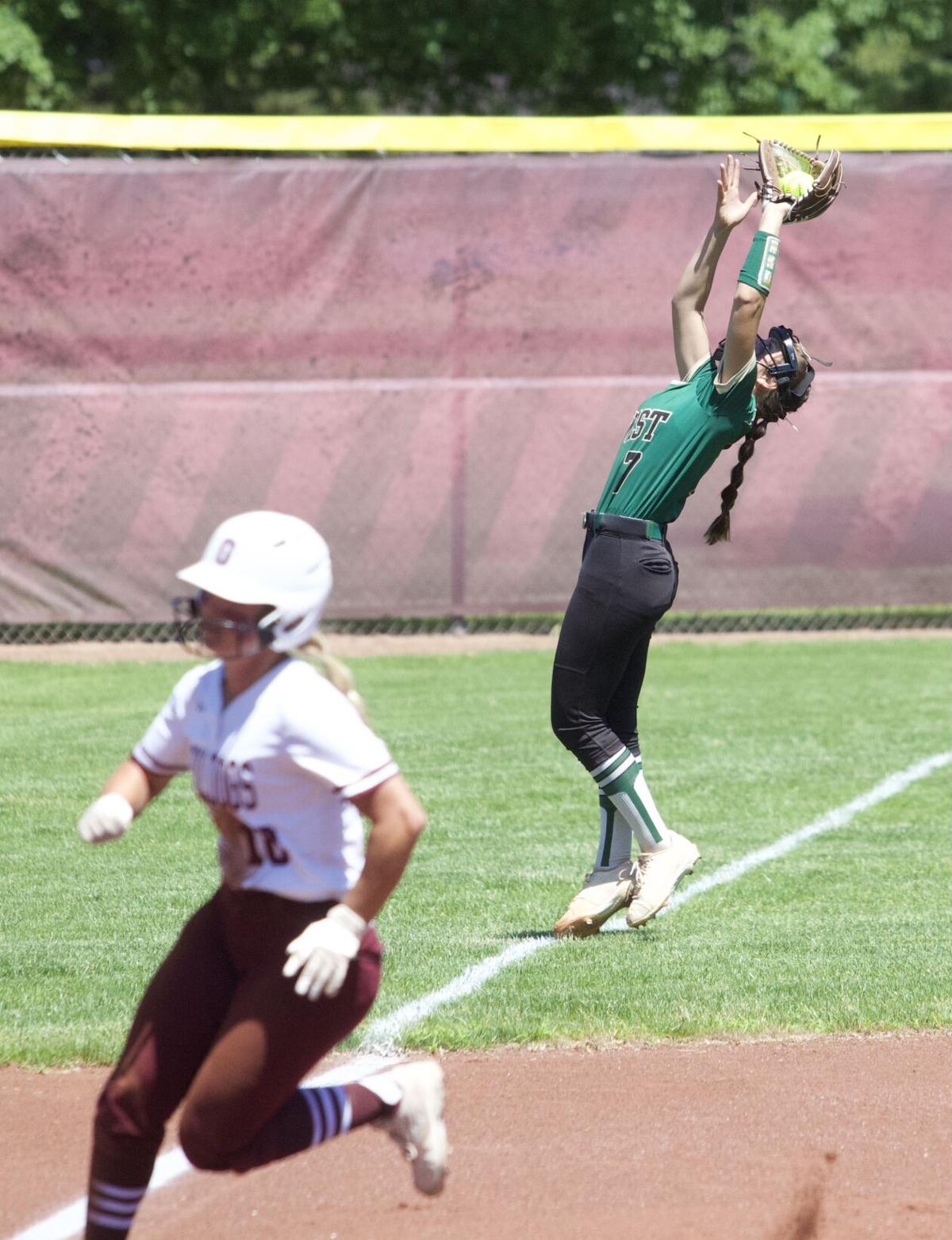 TC West shortstop Peyton Metz ranges to the foul line to catch a pop up during the Division 1 softball quarterfinal at Central Michigan University Tuesday. 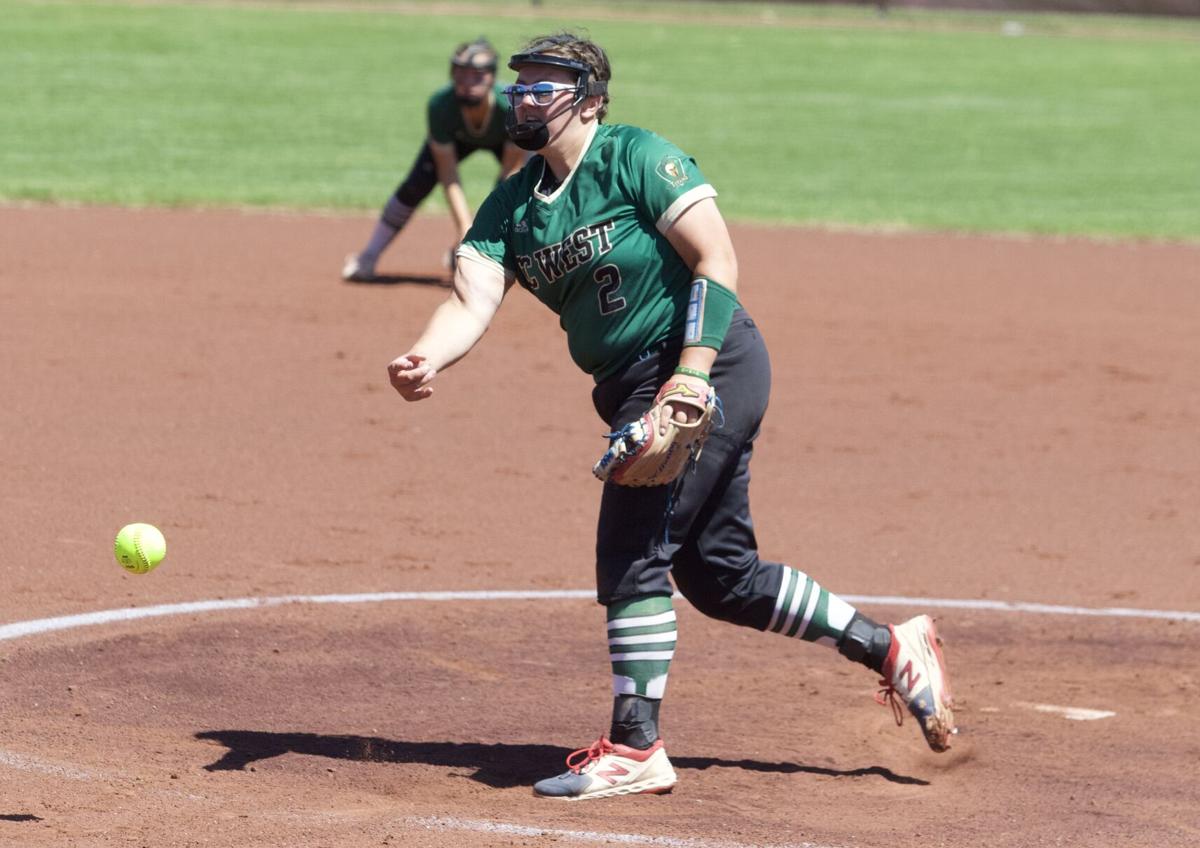 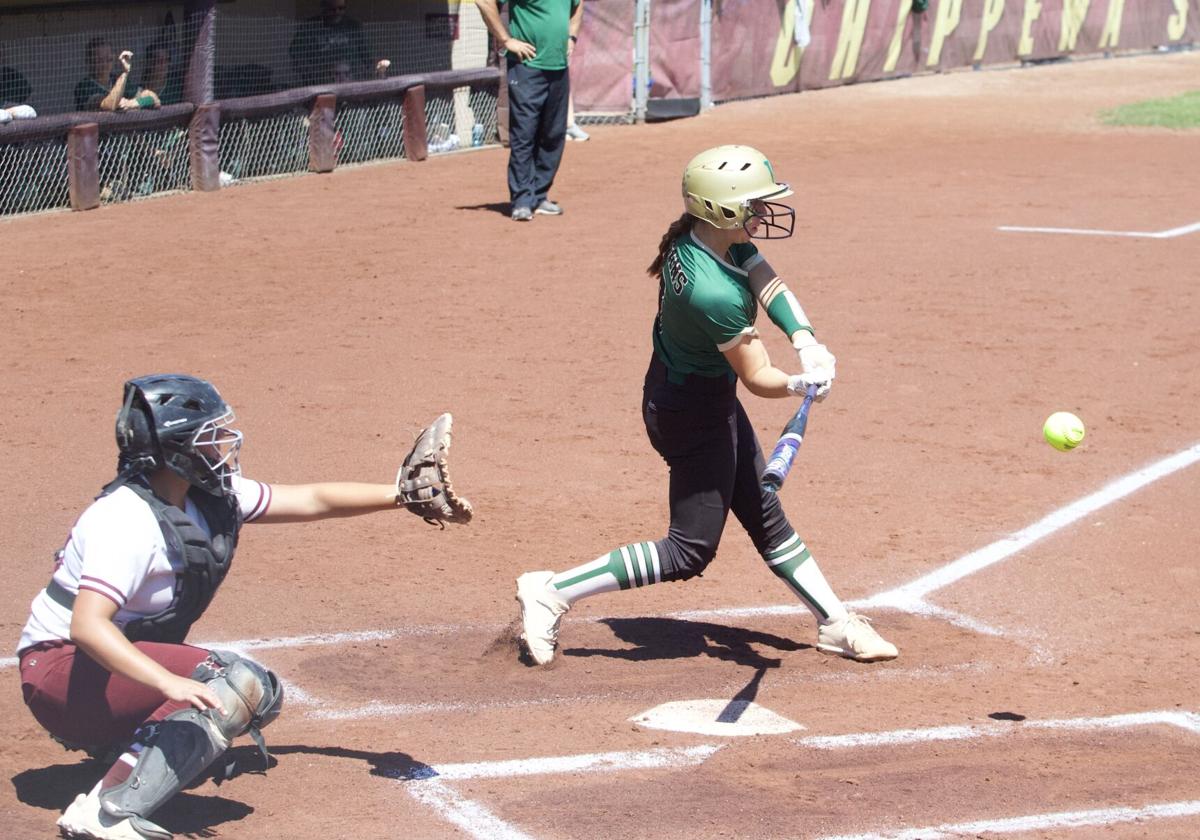 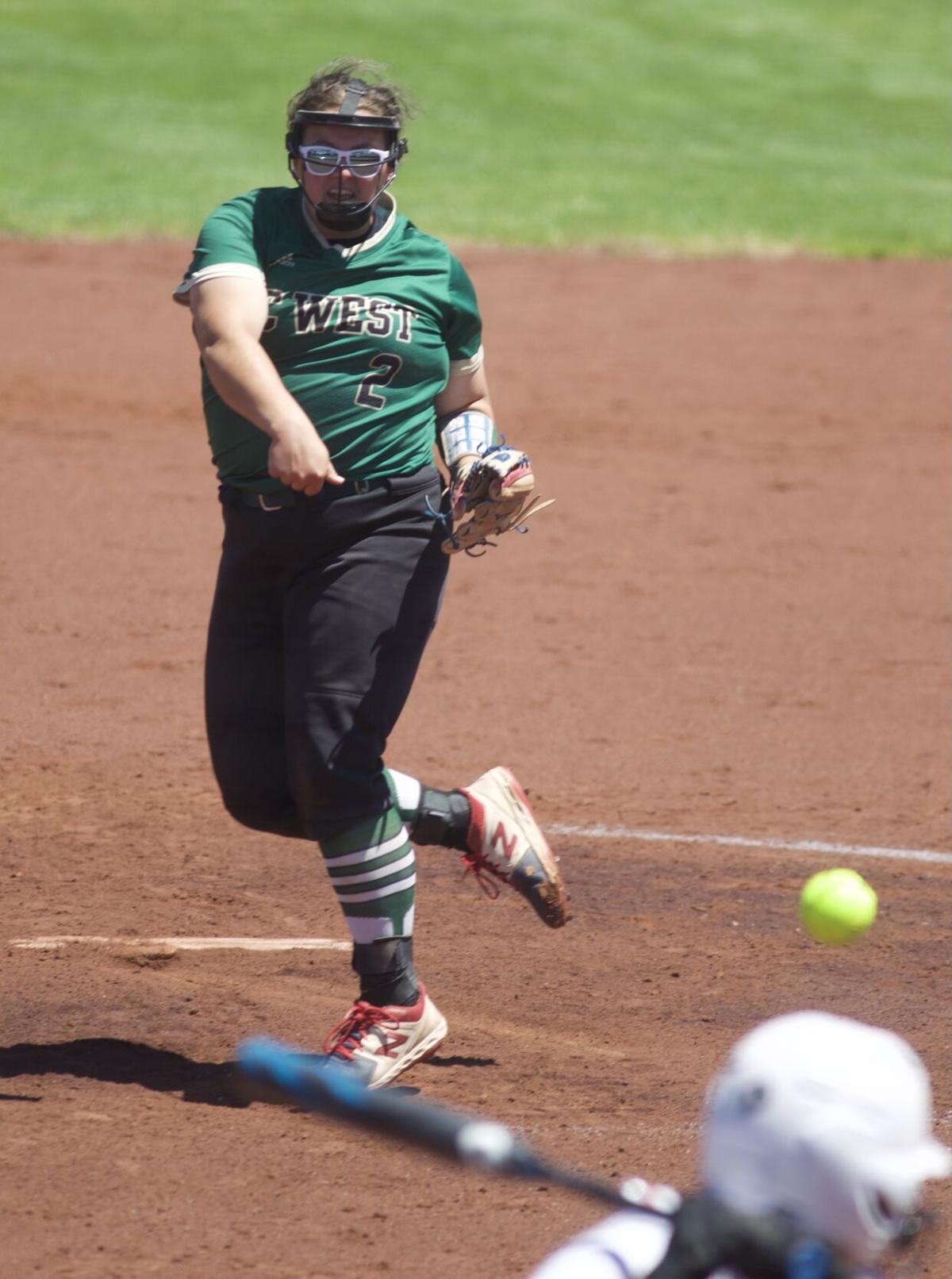 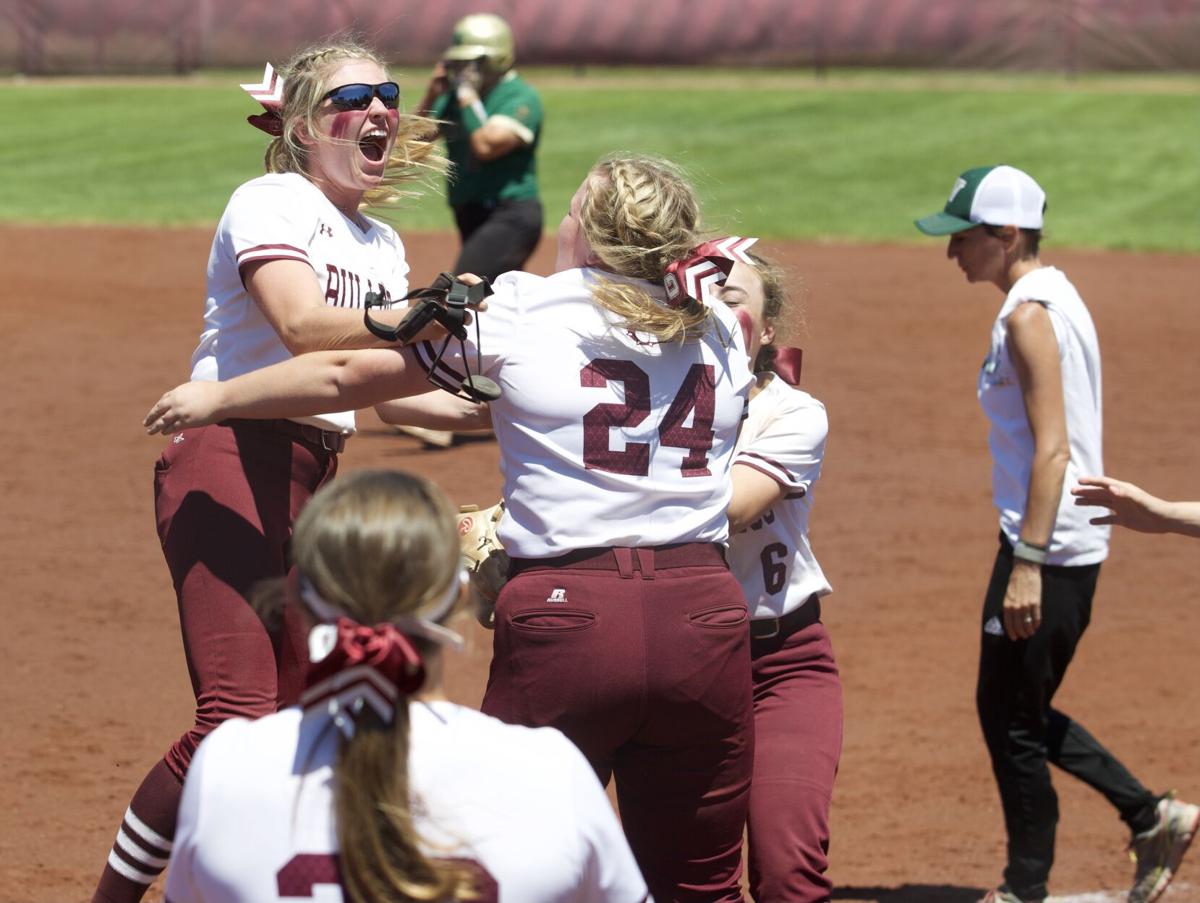 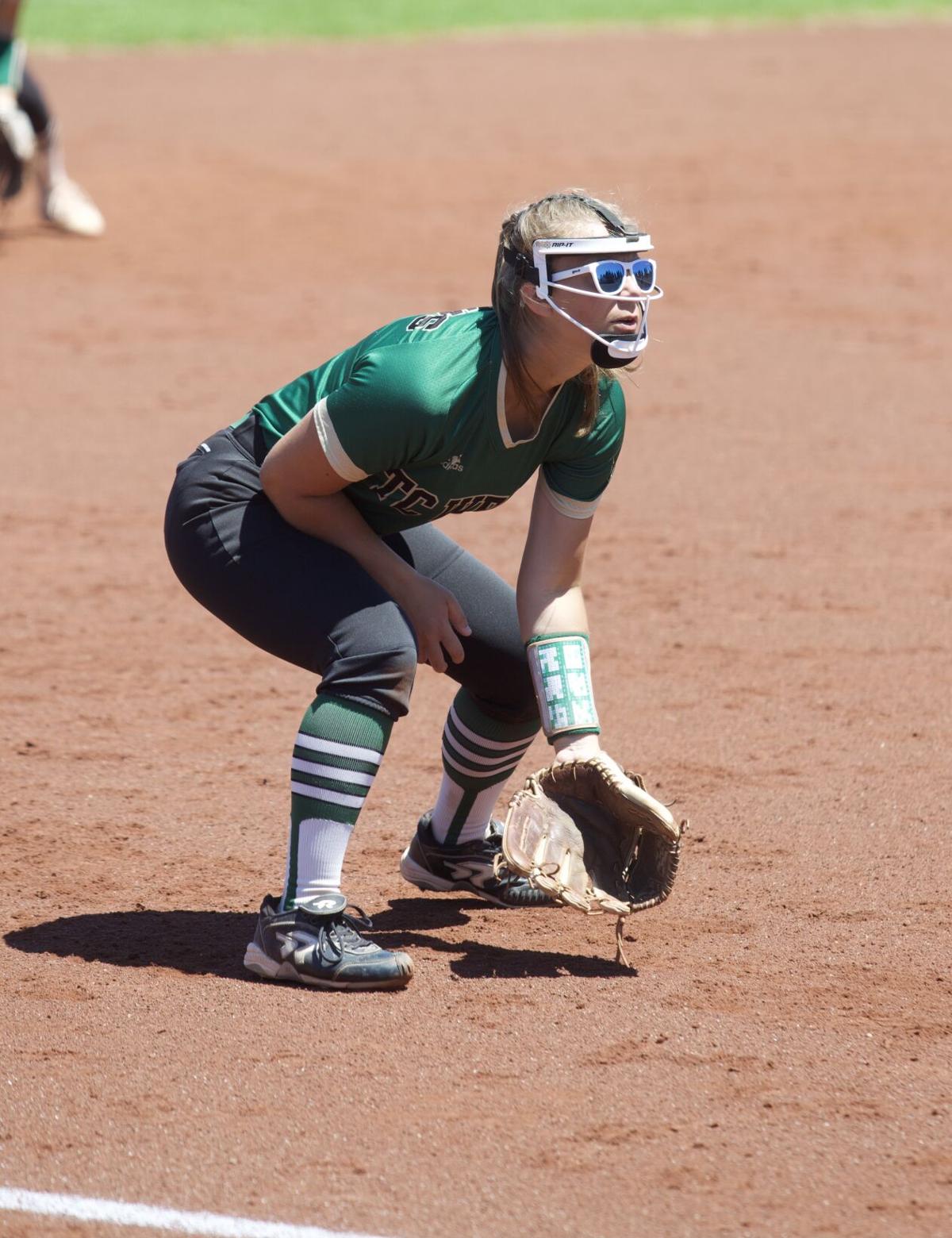 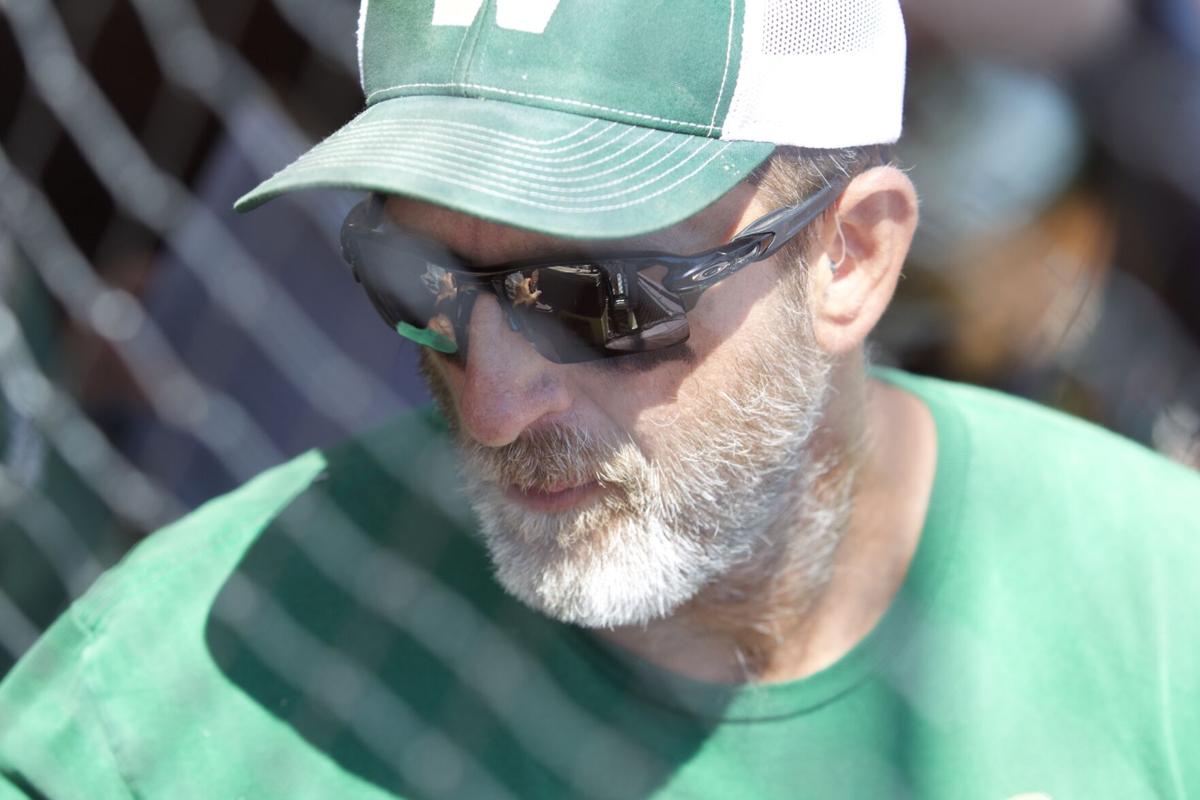 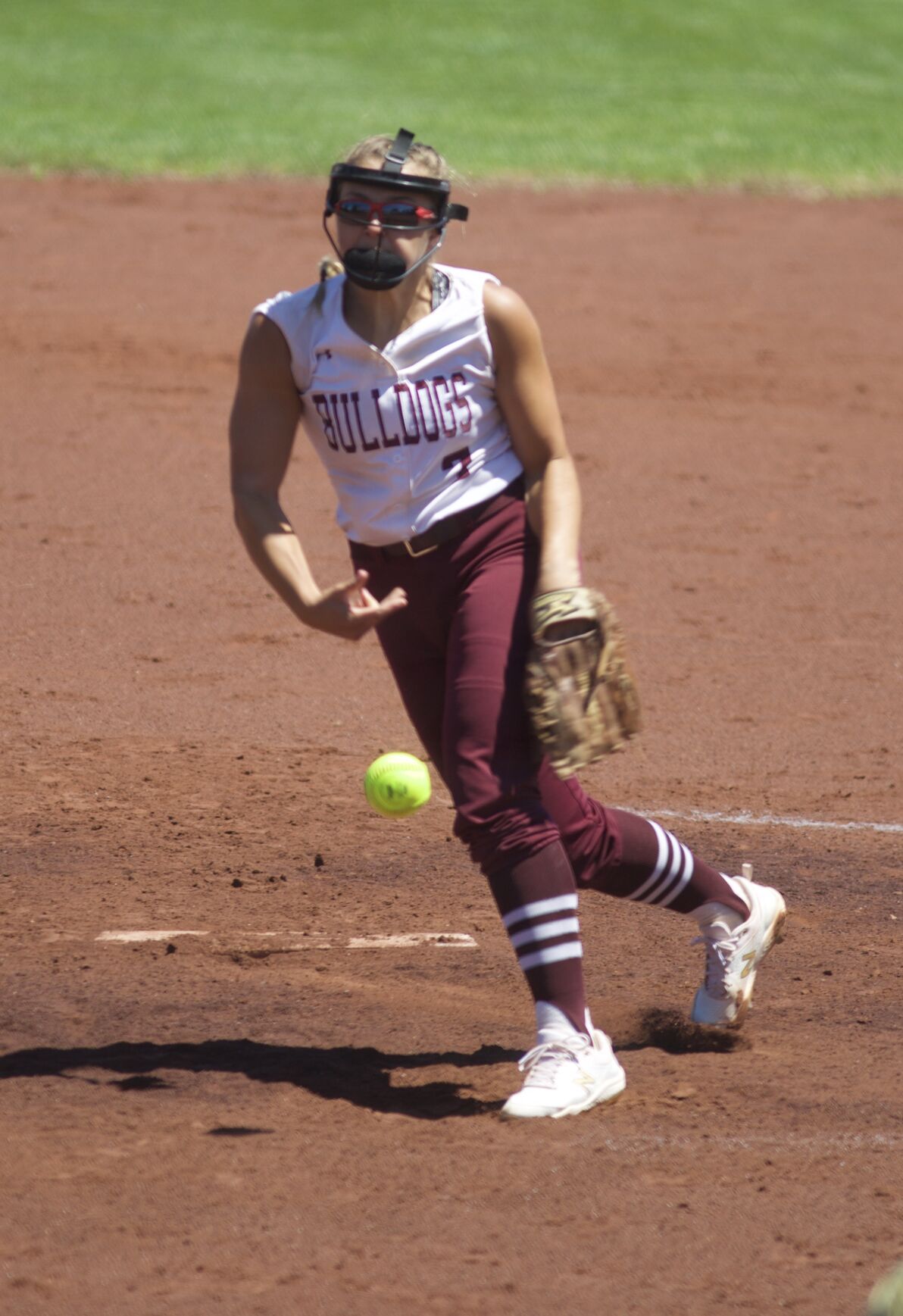 TC West shortstop Peyton Metz ranges to the foul line to catch a pop up during the Division 1 softball quarterfinal at Central Michigan University Tuesday.

Facing Grandville for the third time this season, the Titans knew what to expect from pitcher Grace Connelly and the Bulldogs. Grandville remembered plenty about senior star Brittany Steimel and the loaded Titans’ lineup from when they played on April 24.

The Bulldogs took advantage of that knowledge early and used a five-run second inning to defeat TC West 5-3 in a Division 1 softball quarterfinal Tuesday in Mt. Pleasant.

“We made some mistakes early, I think our eyes were big and we made mistakes we don’t normally make, which was disappointing,” Titans head coach Dave Kenny said. “What was great is that we kept fighting, we never gave up and we believed.”

The early lead held up until a late scoring burst from the Titans put the Bulldogs on the ropes in the top of the seventh. Back-to-back walks to start the sixth helped Lydia Heymes plate two runs with a single to make it 5-2. The bottom of the order came up in the top of the seventh and Lauren Tkatch and Mallory Smith each hit singles to bring the big bats back for West.

Kaci Sowers batted in a run from the lead off spot to make it 5-3 and brought Steimel up with a chance to give the Titans the lead with a home run.

“I was like, ‘Okay we just have to try and not get to Brittany,’ and all of a sudden there she is standing,” Grandville head coach Troy Ungrey said of the seventh inning rally. “We got lucky because we had seen her for two games previously when she went 5-for-7 against us. So we knew we were going to play it a little deeper and keep everything in front of us and we are lucky she got under that one at the end because who knows if she hits it in that situation.”

Steimel tattooed the changeup, but it fell short of the fence, ending the late-game rally.

Steimel said the Titans quit feeling the pressure to win after winning their district title a couple of weeks ago, knowing anything else they accomplished would be special.

The berth in the state quarterfinals is the best postseason run in school history, and the Titans won their first regional title, first district title since 2004 and first league championship since 2006.

“We felt the pressure going into districts but once we got the district won the pressure was kind of off our shoulders and it is just about having fun and playing the game that we all love,” Steimel said.

The Titans began to loosen up after committing a couple of errors in the second and allowing three of the Bulldogs five hits in the inning, including a two RBI triple from Maddie Gkekas.

Stemiel settled in the circle and only allowed two more hits the rest of the game, giving the Titans their chance to comeback one last time. The senior said she has been able to count on her team’s bats all season to rally back from deficits and they have found a way to make an impression on the program.

“I think we had a really good lineup this year and if the top four in the lineup wasn’t hitting the bottom started to come to life and start firing up the girls at the top to hit,” Steimel said. “That’s kind of what we have been doing all season.

“I feel like we’re setting a example that even if we are down by five runs, we can always fight back and put up a fight, even if we don’t win the game they know that they can still have the strength to battle.”

The Bulldogs beat the Titans 6-4 and 7-4 on April 24, so both teams prepared for a nail-biter.

Heymes was the only player in the game with multiple hits as she also smacked a first-inning double. Steimel had a single and scored a run while allowing five hits, five runs, four walks and striking out five from the circle.

“I think they bought in to what we’re trying to teach here and that the next pitch is the most important pitch and we have to just keep playing and not give up because the game is not over until its over,” Kenny said. ”We came back, we fought and we battled. I am really proud of the girls. We were one swing of the bat away and we could have won it.”