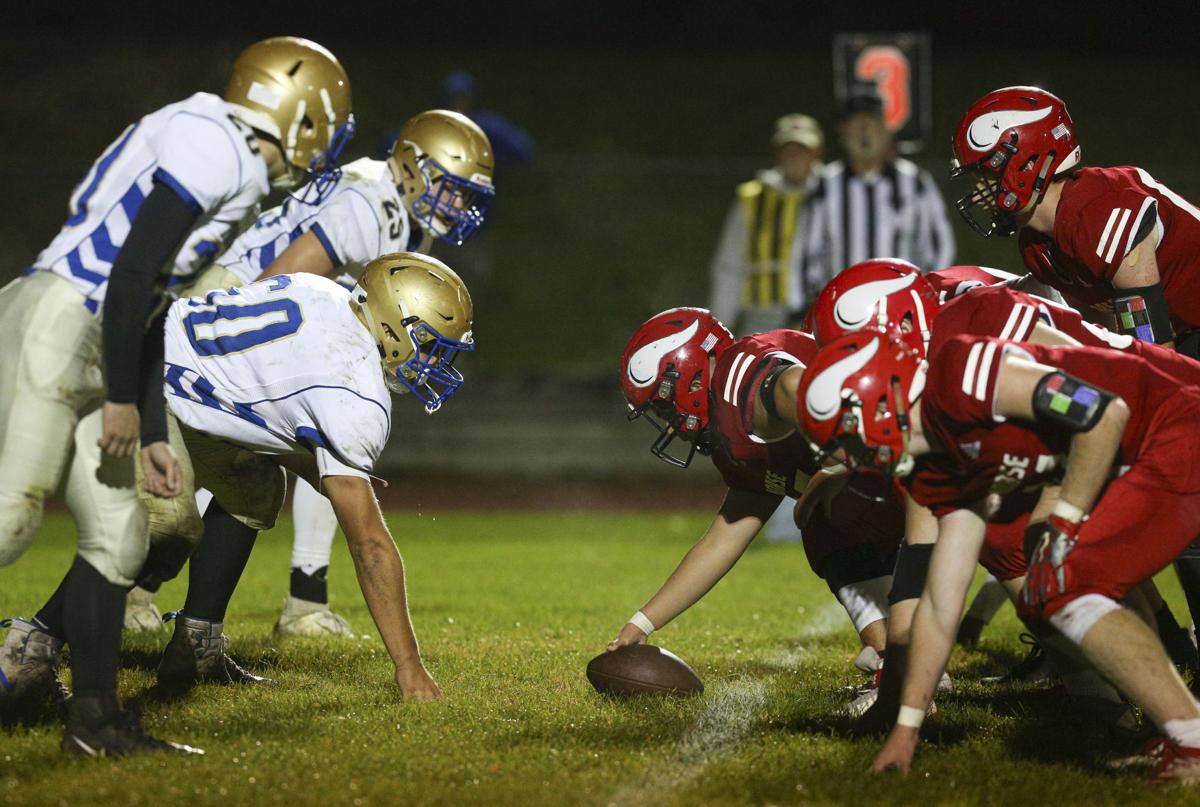 Dalron Gray (60, left) puts a hand in the dirt as he lines up for Onekama against Suttons Bay last season. 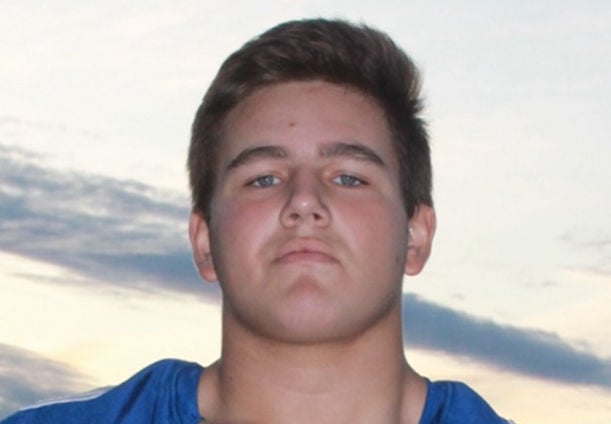 “Don’t take ANYTHING for granted, boys. I truly believe we are the strongest team, MENTALLY a PHYSICALLY in this state. WE ARE FAMILY.”

Forest Area shut down its season the Tuesday of the Warrior Game, an annual military appreciation game. Gray’s mother is a veteran, so it’s a special game for him.

“The whole team was devastated,” said Gray, a lineman who committed to Alma College. “The game being canceled destroyed me. With tears in my eyes, I just started writing.”

The Portagers ended up getting Suttons Bay to fill in for Forest Area, as both happened to have an open Week Four date that weekend.

Those same two teams met again four weeks later, and the Norsemen claimed a second close game to win the Midwest Central 8-Man Football Conference title. Gray was all over the place, making 12 tackles all by himself.

The public address announcer consistently spoke his name all evening, referring to the visiting player as “Darlon,” which spurred a chant from the Portager student section of Gray’s mispronounced first name.

“Dalron got better and better every year,” Neph said. “Alma is getting a young man that will fit in very well there.”

Gray served as a backup in Onekama’s 2018 run to the state championship game. Between then and his senior year, he slimmed down from 280 pounds to 230 for mobility he’d need to cover ground in the team’s second year of eight-player football.

Using a combination of cardio, diet and weight lifting, he cut 50 pounds to adapt to eight-player game’s added space. That led to 62 tackles, nine tackles for loss, a first-team all-state selection by the Michigan High School Football Coaches Association and a spot on the Record-Eagle’s Dream Team.

The Portagers lost 34-22 to state semifinalist Climax-Scotts in the postseason’s second round. All four of Onekama’s setbacks came against teams who reached at least the state semifinals, with three of the four coming from state finalists.

“I never did any recruiting with any school other than Alma,” Gray said. “I settled on Alma the first time I saw it.”

“It was the family feel,” said Gray, who plans to major in business management after posting a 3.96 GPA at Onekema. “I grew up in a small town. At Alma, they made me feel comfortable in a big family setting.”

Gray is keeping busy during the coronavirus lockdown by doing workouts the Scots sent him and taking online classes at West Shores Community College. He’ll start at Alma with around 20 college credits under his belt.