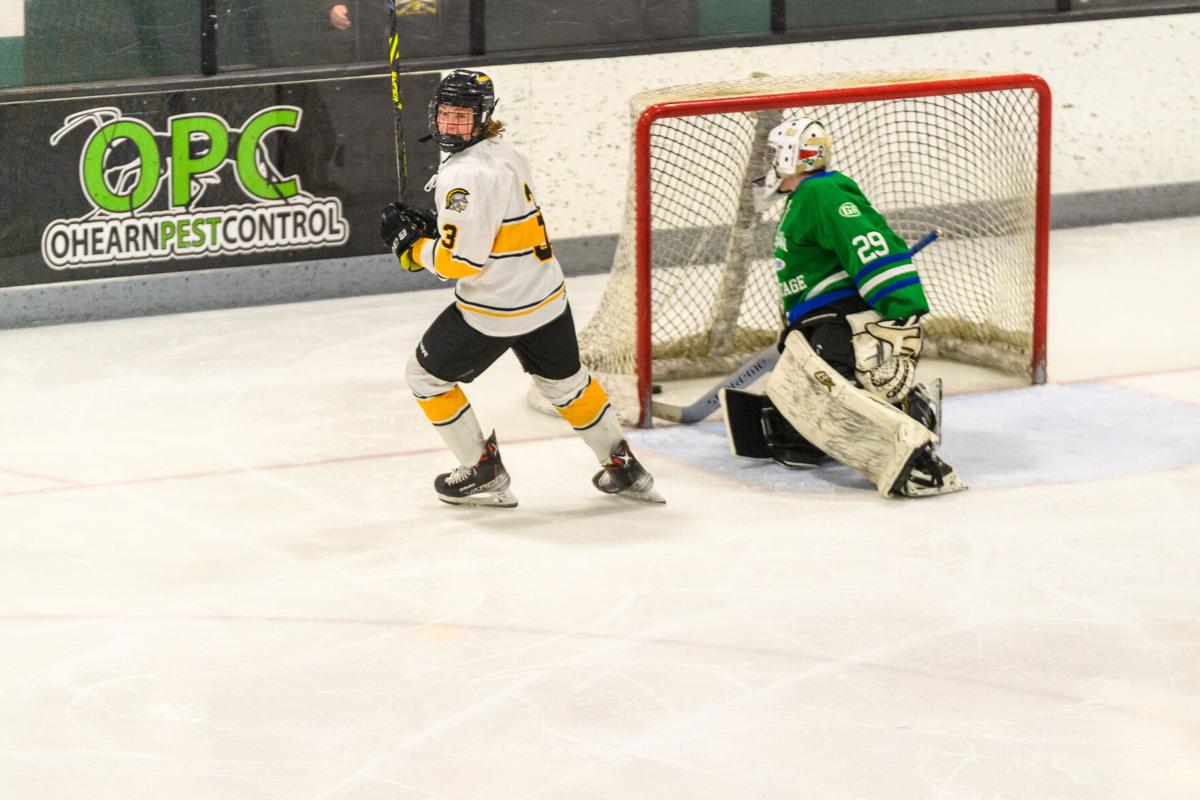 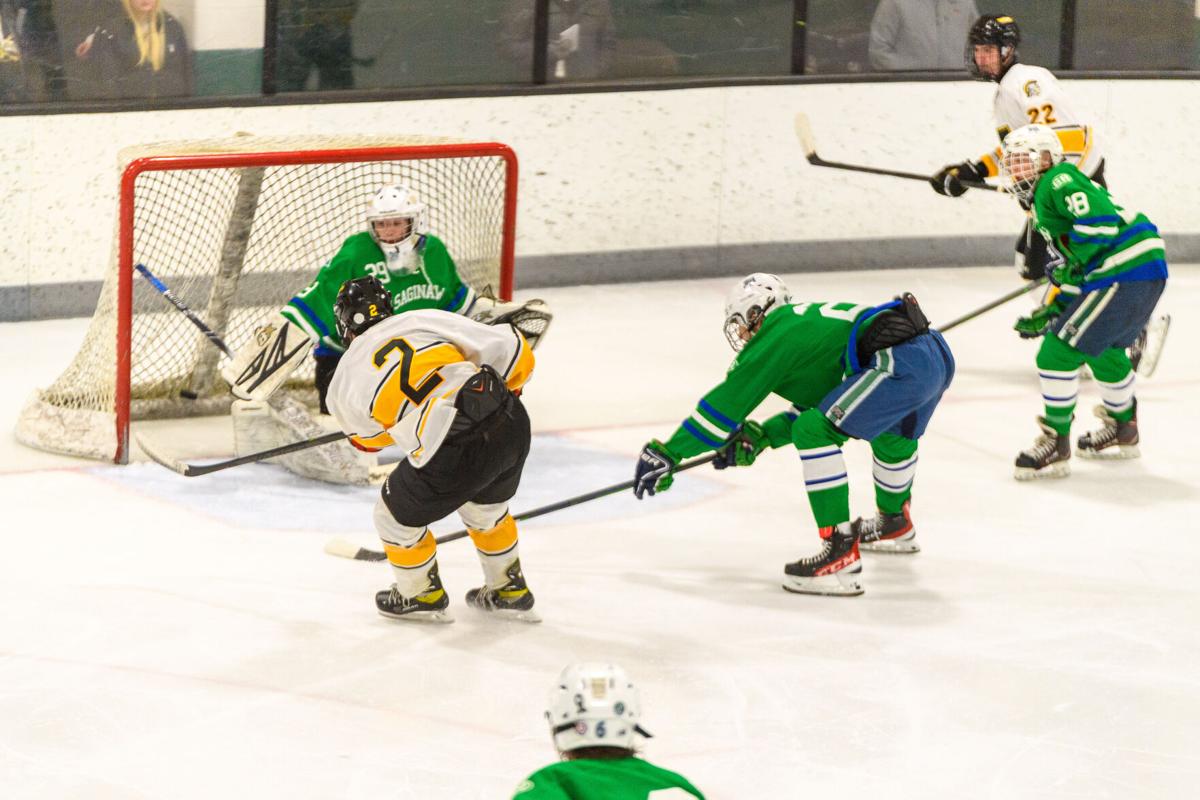 TRAVERSE CITY — Smiles rarely accompany losses, but Traverse City Central had plenty to feel good about despite falling 5-4 to Saginaw Heritage in the semifinal of the Scott Miller Memorial Tournament.

The Trojans (5-3-1) got down quickly to the Hawks (4-4) on Tuesday when James Mlejnek scored just 13 seconds into the game. The score remained 1-0 in favor of Saginaw after the first period, but Central came out and dominated the first seven minutes of play in the second.

Five different Trojans put good shots on goal in that timeframe, but Saginaw goalie Maxwell Yaw turned them all away.

A holding penalty on Central’s Luke VanderRoest turned the tide and gave the momentum back to the Hawks. Saginaw scored just 20 seconds into its power play and then tacked on another goal less than a minute later to make it 3-0.

The Hawks kept up the aggressive tempo, and Mlejnek netted his second goal of the game with 6:35 left to play in the second. Nolan Drapp made it 5-0 Saginaw with another quick-strike goal with just under three minutes to go.

Central outshot the Hawks 23-18 after two periods of play but had nothing to show for it. The Trojans quickly changed that trend in the third.

Capitalizing on the 1:08 left in the Central power play, Owen Dawson rifled in a slapshot from just inside the blue line with two seconds to go in the man-advantage to get the Trojans on the board.

Central kept the pressure on Yaw, putting three more shots on net in the next minute. The third came off the stick of Koen Burkholder on a shot that Yaw got his pads on, but the puck trickled through Yaw’s five-hole and into the goal to make it 5-2 with 14:45 still left on the clock.

The five-goal deficit that once seemed insurmountable was quickly chipped away even further when Drew Zrimec lobbed the puck over the Saginaw net and then Hunter Folgmann found Scott Barnhart in front for the score.

“You could feel the energy on the bench,” Central head coach Chris Givens said. “After that third one, they really started to believe that it could be done.”

Central got within a goal five minutes later on a score from Luke Weaver, who rushed the net on a rebound and stuffed it past Yaw with 7:15 to play.

The Trojans looked poised to tie the game at 5-5 when Saginaw’s frustration boiled over into a roughing penalty on Johnathan Mueller, but Central could not convert on the power play.

Central had several looks at the net down the stretch but to no avail. Shea Harmeson’s shot as time expired was turned away, as were the Trojans’ chances of forcing overtime.

Givens said it would have been “awesome to come all the way back,” but he was proud of the way his boys battled.

“It would have been so easy to just lay down,” Givens said, citing the mercy rule that would have ended the game had the Hawks built an eight-goal lead at any point after the second period. “They fought back hard. That’s what I want them to take away from this. When we get down again, we don’t have to hang our heads. Just get after it.”

Barnhart said the loss still stings but there are positives to build on for the rest of the season.

“We made it a game,” Barnhart said. “We never gave up. We outplayed them in the third period — by far. It shows our level of commitment and how good we can play if we bear down and come together. I feel like we can beat the majority of teams in this state.”

The senior forward hopes his fellow Trojans see the loss as a good learning experience. He certainly does.

“We’re getting there,” Barnhart said. “We’re trending in the right direction. Being able to come back like that, it’s just insane. (Saginaw) probably came in thinking they were going to blow us out, and it looked like they were going to. But we came back.”

The Trojans take on intracity rival Traverse City West in the consolation game at 1 p.m. Wednesday. The Titans lost to Rockford 6-0 on Tuesday.

Givens expects it to be a “typical Central-West game” but maybe without the same emotion when it’s a Big North Conference game or the McCullough Cup.

“West looked really good (Monday), and I don’t think the game (against Rockford) was really indicative of who they are,” Givens said. “Holiday tournaments are when guys start to turn the corner and get comfortable. West is playing really well.”