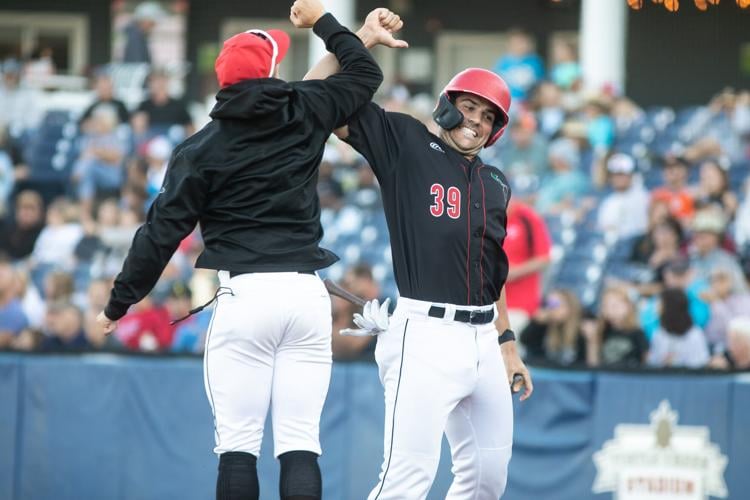 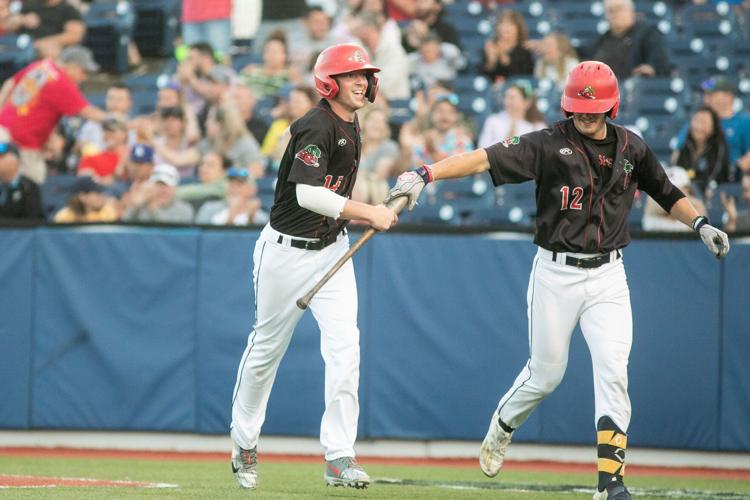 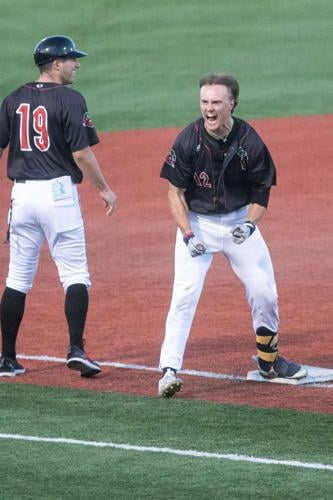 GREEN BAY — Kyle Jungers retired 11 straight Traverse City batters from the third to the sixth inning, but the Pit Spitters (37-24) found a way to win against Green Bay, 12-8.

Jungers (0-1, 7.20 ERA) finished the night allowing one hit — Jacob Charon’s two-run RBI double to give the Spitters their first lead. He struck out 12 while walking four, but the Spitters exploded after Jungers was pulled and scored five straight.

Green Bay (23-38) pulled Jungers in the sixth after his fourth walk, which allowed the Spitters to tack on seven straight runs. Rocker’s relievers allowed 11 batters in the sixth to have opportunities like Colin Summerhill, who hit a two-run home run.

Trey Truitt III collected an RBI single and scored after a throwing error. Charon tacked on another RBI with a sacrifice fly, and Camden Traficante hit one deep to center for a two-RBI double.

The Rockers did what they could to get something going, but Spitters pitcher Duncan Lutz made it difficult on the Green Bay batters.

Green Bay outfielder Matt Scannell broke up the potential no-hitter in the sixth with a single, and Griffin Stevens followed with a double. But that was all they could muster against Lutz.

The Rockers’ first base appearance came in the fourth with a walk, but Lutz got out of the inning, leaving the runner on third for no runs scored.

Traverse City piled on two runs in the seventh after a fielder’s choice error to first, shutting the door on the Rockers to catch up despite having some activity on the bases in the seventh. The Rockers hit a two-run homer from righthander Jake Mastillo in the seventh to make it 12-2.

Rockers loaded up the bases with two outs, but pitcher O’ Kelly McWilliams IV cleaned up the mess with a strikeout to get out of the inning.

The Rockers scored six runs in the ninth on a Clayton Slack RBI double, Scannell and Luke Ballweg two-run home runs to cut the lead to four runs at 12-8 with two outs. But Traverse City pitcher Adam Christopher stopped the bleeding and closed out the Spitters’ victory.

The Pit Spitters take the season series against the Rockers (3-1) and are back home Thursday against a red-hot Rockford Rivets (33-29) team that is riding a seven-game win streak.

The Rivets continue to distance themselves from first-half Great Lakes East champions Kalamazoo Growlers (30-31) after their win Wednesday.

Nate Blain takes the mound for the Spitters at Turtle Creek Stadium on Thursday. First pitch is slated for 7:05 p.m.