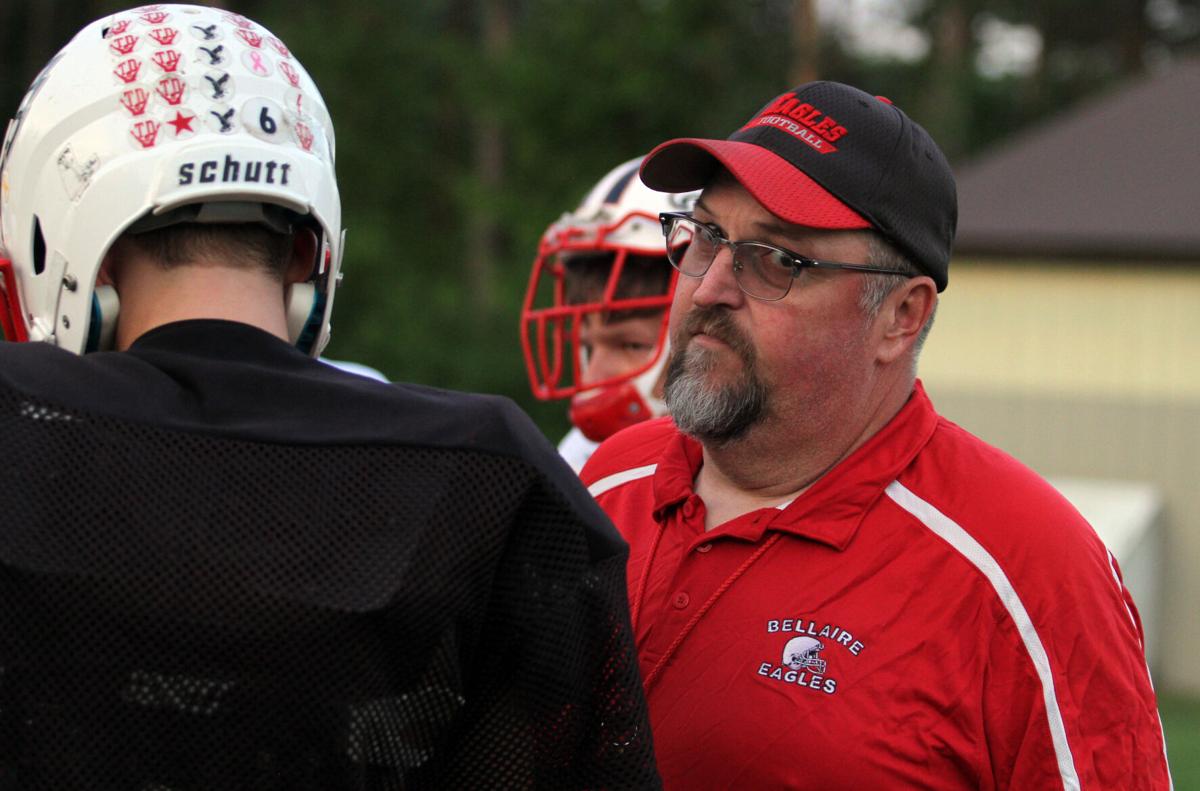 Bellaire football coach Brock Robinson during an Eagles practice in 2018.

Bellaire football coach Brock Robinson during an Eagles practice in 2018.

Large numbers of prominent area coaching spots swapped hands this year, changing the landscape of student-athlete’s experience at many schools.

Big changes in area coaching positions is No. 9 in the Record-Eagle’s top 10 sports stories of 2020.

Most notably, the tragic passing of Belaire football coach Brock Robinson in April.

“He was such a pillar in our community,” Bellaire athletic director Brad Fischer said. “If you think of Bellaire football for the last 23 years, Brock Robinson goes along with it.”

Robinson graduated from Bellaire High School in 1983 and went on to Central Michigan University. Robinson joined the Eagles coaching staff as an assistant in 1997 under George Pratt and took over as head coach of the Eagles football program in 2013.

He led the Eagles to a 31-35 record as a head coach and served as an assistant on the baseball team for a short time during his tenure. Robinson was the head chef at Bellaire High School and a fixture in the lives of many Bellaire students.

“Brock had the biggest heart,” Fischer said. “Everyday before practice he would swing in my office and he absolutely believed in everybody and gave everybody a chance.

“He didn’t care who you were, he gave you an opportunity and believed in you and thought you could bring something to the team.”

Many other coaching jobs changed simply because of coaches moving on to other opportunities or seeking more time with family.

Jeremy Wilkinson stepped back into the Kalkaska football job after a tumultuous several years for the program since he resigned to spend more time with his family.

Travis Triem takes over the Frankfort baseball program, and Kip Damgard takes the reins with the Cadillac girls basketball program after Mike McLaurin stepped down.

Boyne City saw both its basketball coaching positions change, with Randy Calcaterra taking over for Nick Redman on the boys side and athletic director Adam Stefanski stepping in to coach the girls, following Julie Redman’s departure.

Player of the Year: Macy Brown, Sr., Cadillac, Outside Hitter

LANSING — Hunter Ventline heard the news while fixing a wheel bearing on his truck.

Winter Vinecki knows what it takes to compete on a world stage. That’s because she’s been there and done that. Many, many times before.

Remote school isn’t anything new to Kaila Kuhn. One day her classroom is her dorm at Utah Olympic Park; the other it’s a hotel room in Finland preparing to compete with the U.S. freestyle aerials team on the FIS World Cup tour.