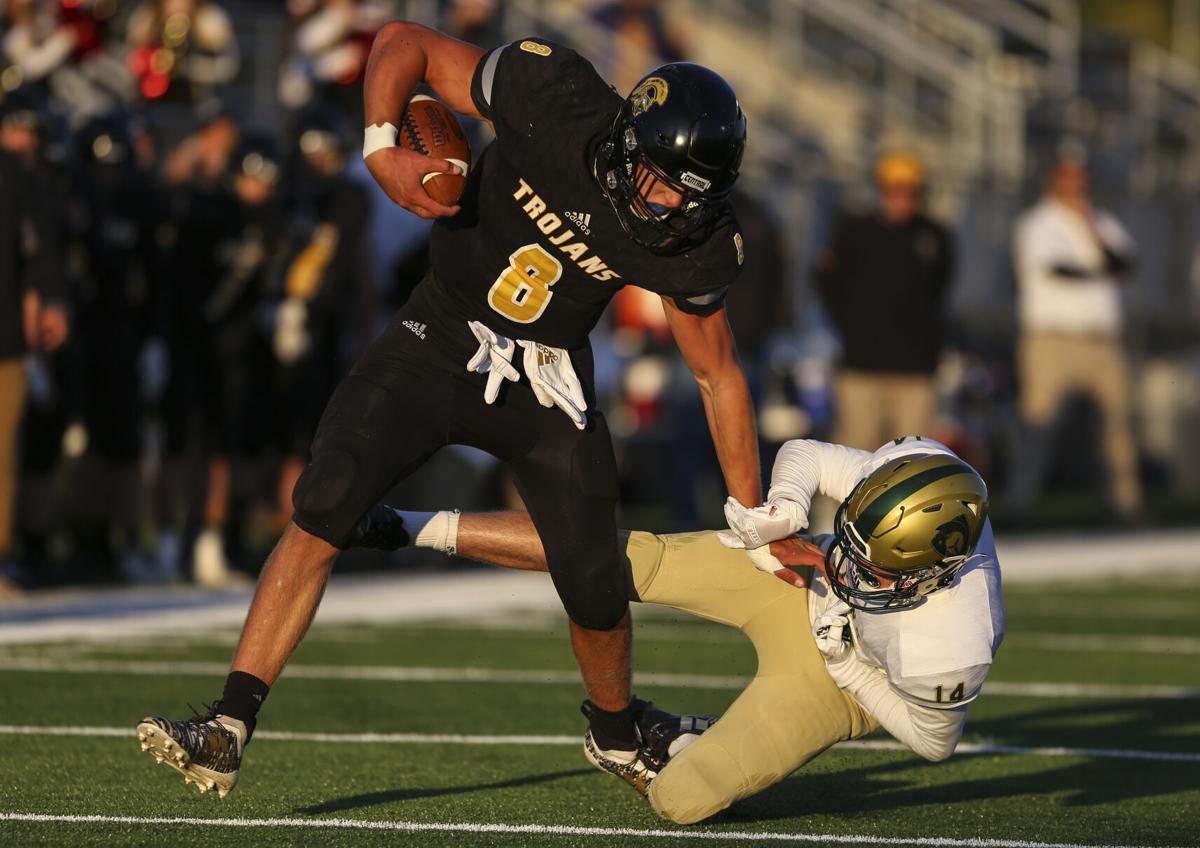 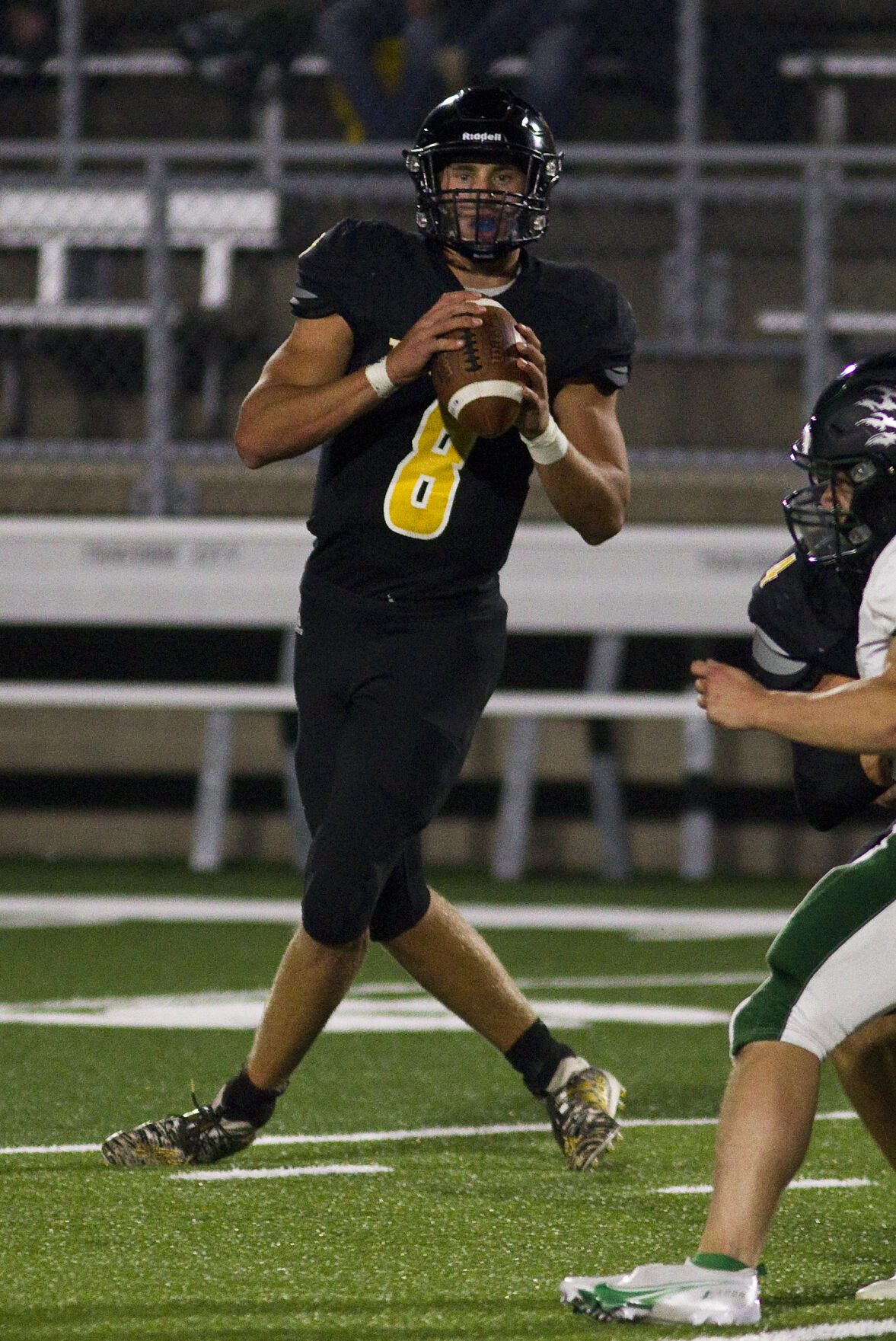 Traverse City Central’s Josh Burnham (8) looks to pass in the second quarter of Friday’s game against Alpena at Thirlby Field.

Traverse City Central’s Josh Burnham (8) looks to pass in the second quarter of Friday’s game against Alpena at Thirlby Field.

Or Brian Kelly. Or Ryan Day. Or Paul Chryst. Or Jim Harbaugh. Or Mel Tucker. Or Luke Fickell.

But for Traverse City Central junior Joshua Burnham, being courted by some of the nations top football programs has become a regular thing.

Burnham’s rise to the top as one of the area’s best and most sought-after recruits in decades notches the Record-Eagle’s No. 8 local sports story of 2020.

The linebacker made waves in his sophomore season on the defensive side of the football and was noticed by schools all across the nation. He stepped into the starting quarterback role as a junior and excelled, earning Record-Eagle Player of the Year honors.

As it stands, Burnham currently has full-ride athletic scholarship offers from 13 Division 1 universities. Burnham already possesses offers from Alabama, Ohio State and Notre Dame — three of the four schools in the 2021 College Football Playoff. He said the Clemson Tigers have also reached out during the process, giving the junior a pick of the top football programs in the nation.

The COVID-19 pandemic threw a wrench in the traditional recruiting process, especially for someone like Burnham who would normally be making official visits nearly every weekend at this point in the process.

“We’ve been on Zooms and virtual visits and tours of the campuses and what they have to offer with the coaches and all that,” Burnham said. “But I am looking forward to seeing them in person. That’ll make it so much better. That’s the only downfall about all this is that I am not able to see it all in person.”

Every day the Burnham family receives a new recruiting mailer from a new school somewhere in the country and it all feels like a dream to the junior quarterback and linebacker for the Trojans.

Burnham said he has been in talks with schools such as Penn State, Florida State, Stanford and West Virginia while keeping an open mind throughout the process.

“It’s always been a dream of mine ever since I was a kid,” Burnham said. “Just how much we get in the mail, coming home everyday and you have a different school in the mailbox with something sent just for you. It’s a crazy feeling and when you get on the phone with Nick Saban it is hard to wrap your head around.”

The 2020 Division 5-6 Associated Press All-State football team, selected by a panel of 11 Mi…

The 2020 Division 7-8 Associated Press All-State football team, selected by a panel of 11 Mi…