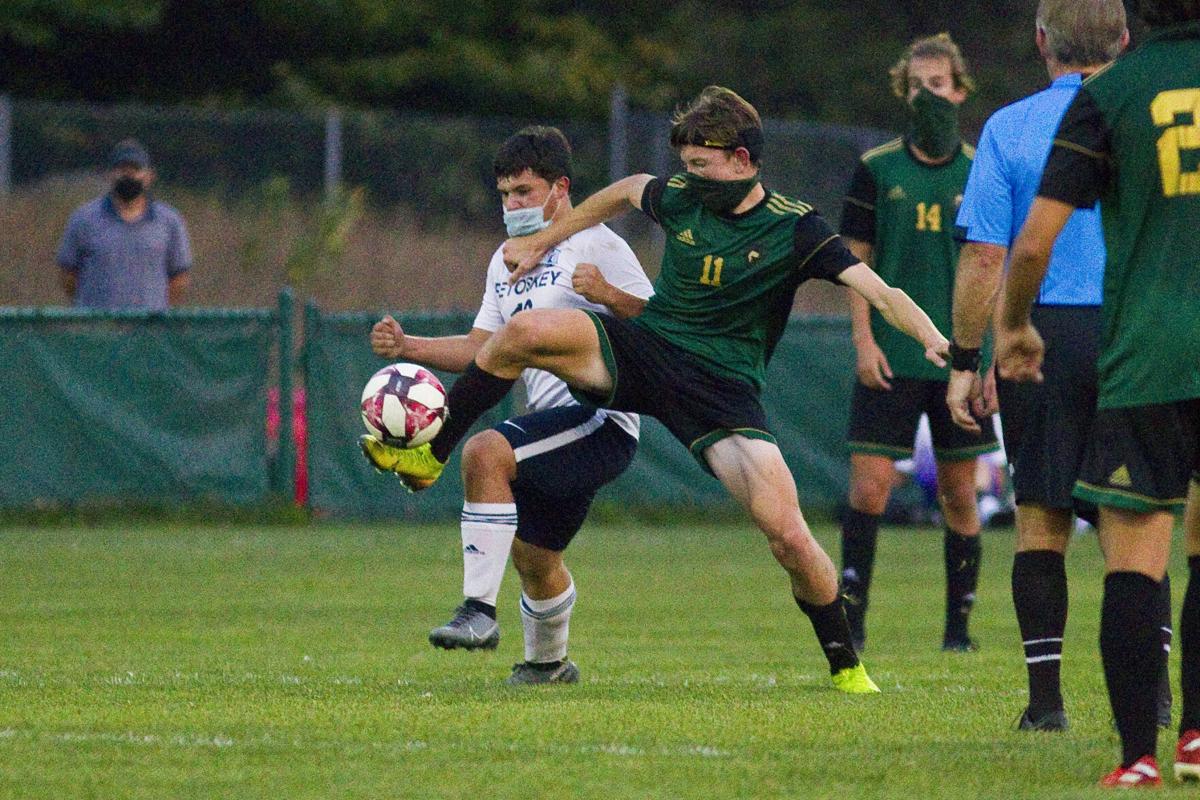 Petoskey’s Parker Streiff (10) and Traverse City West’s Josh Hirschenberger (11) fight for the ball in a match. 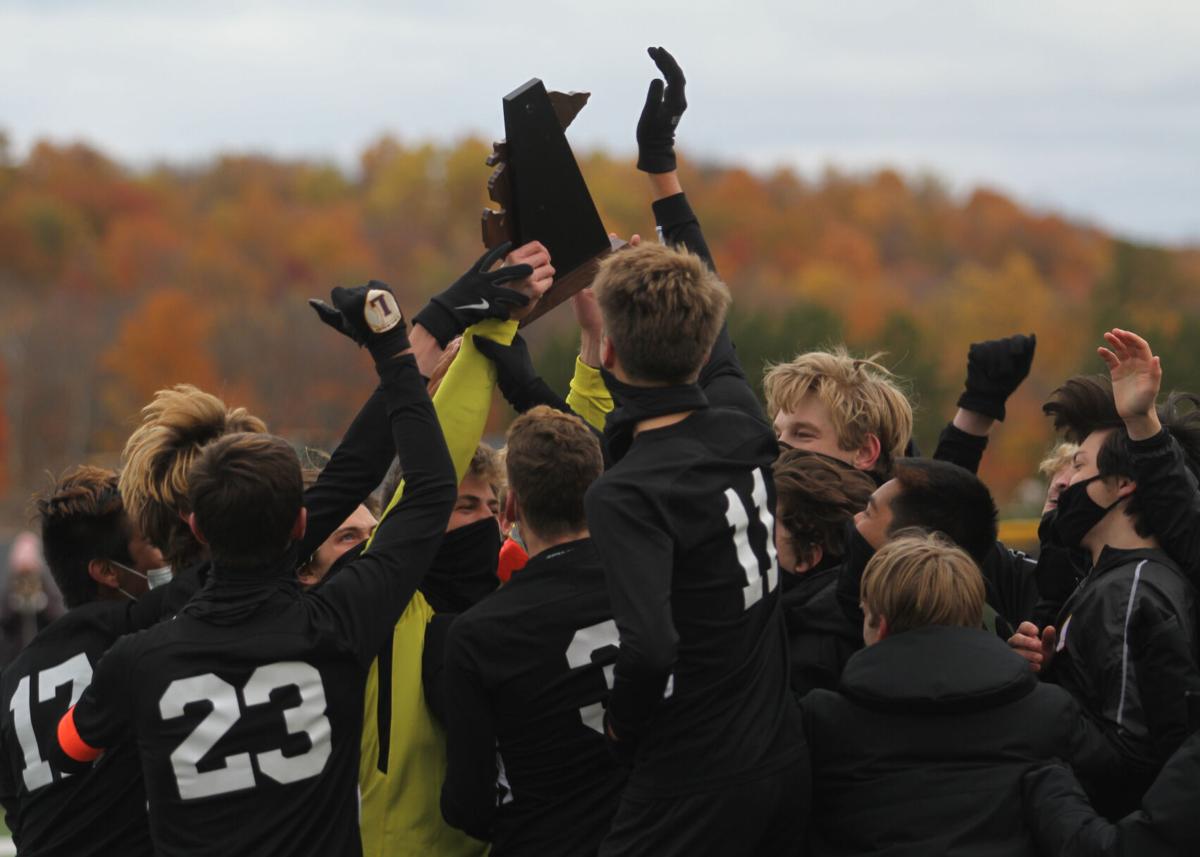 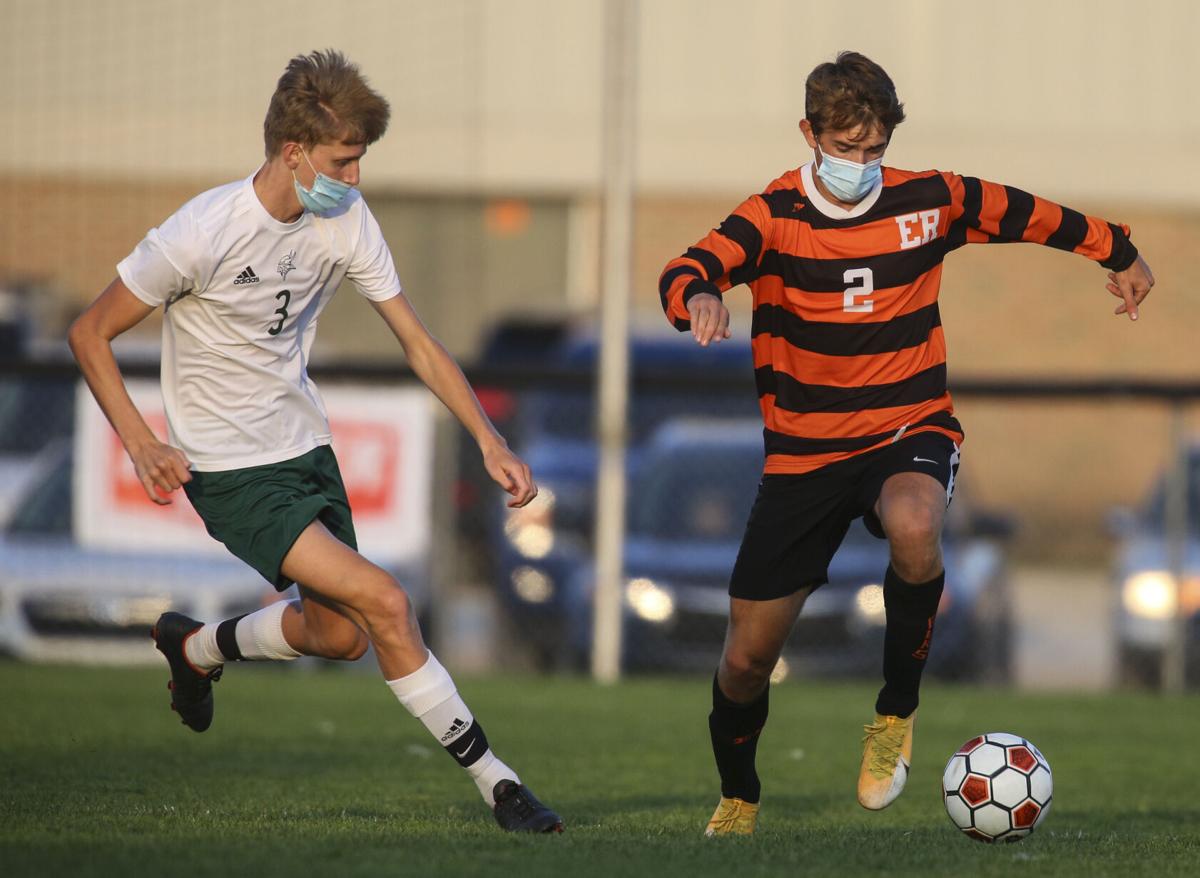 Petoskey’s Parker Streiff (10) and Traverse City West’s Josh Hirschenberger (11) fight for the ball in a match.

TRAVERSE CITY — It’s been a long time coming according to area coaches, but northern Michigan is officially on the map as force to be reckoned with in the high school soccer scene.

The Traverse City West Titans have led the recent renaissance with back-to-back appearances in the Division 1 state title game and other local powerhouses made their names known on the statewide stage.

TC West, Elk Rapids and Leland earning a spot in the Final Four in their respective divisions marks the Record-Eagle’s No. 6 local sports story of 2020.

The Leland Comets made a name for themselves with a Division 4 state title in 2018 and have had continued success under Brandon Wheeler.

Elk Rapids was knocking on the doorstep of a regional title for years and Nate Plum’s Elks finally got over the hump in 2020.

The Titans became the first Division 1 team since East Kentwood in 2007-08 to make it to back-to-back title games, both of which the Titans lost in overtime.

The accolades came pouring in following the record-breaking season by the Titans. Titans head coach Matt Griesinger each Coach of the Year honors from the Michigan Interscholastic High School Soccer Coaches Association and junior Colin Blackport made the state’s eight-player Dream Team.

The Titans notched a school-record 22 wins this year and outscored opponents 21-4 in the state playoffs.

Leland has proven time and time again to be the best Division 4 team in the area with its ninth straight district title in 2020. Led by senior goalkeeper Gavin Miller, the Comets posted two regional titles and a championship in the past four years.

The Elks were led by senior Preston Ball and their stellar defense that produced 19 shutouts.

Leland and Elk Rapids played to a 0-0 tie in September and the Elks fell 3-1 to the Titans this season.

“One of the best things we were able to do is bring those downstate coaches up here and show off northern Michigan a little bit,” Griesinger said. “What we’re really trying to do is make sure people know that there is no dividing line across the state of where good soccer starts and stops.“

The soccer athletes and coaches in our region did a fine job of that this season.