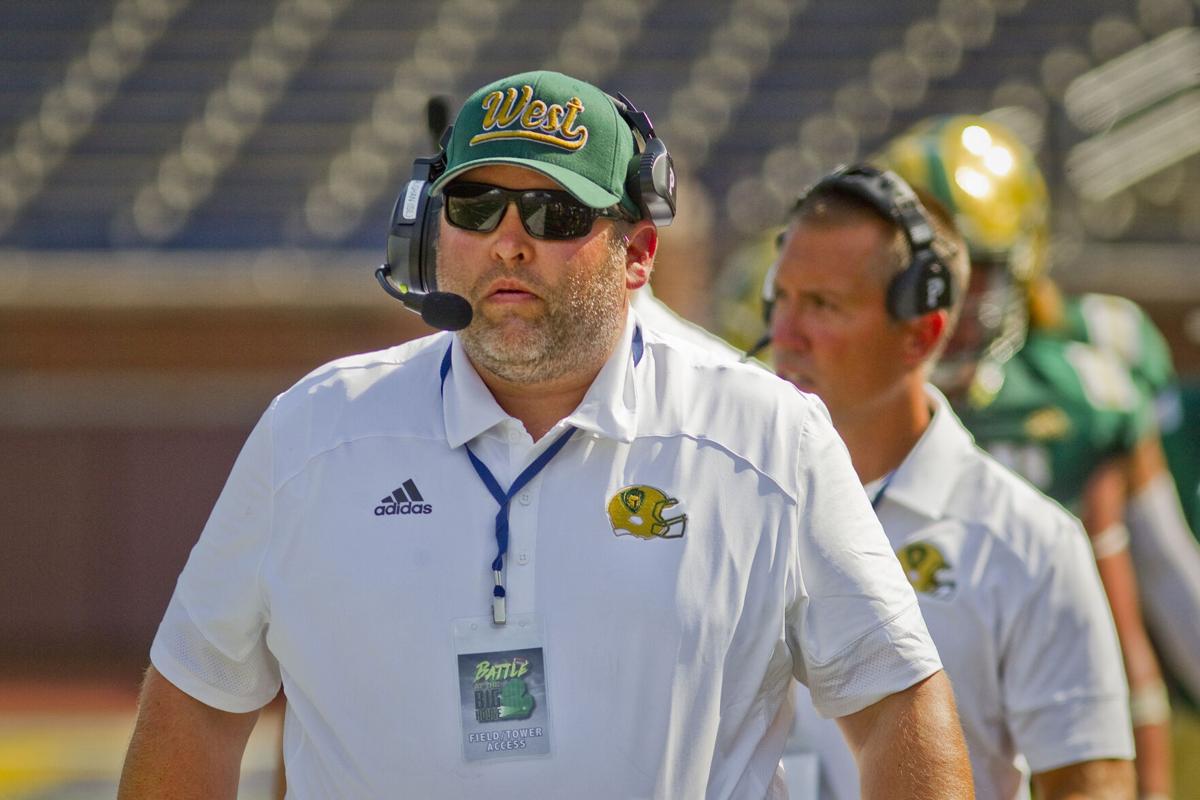 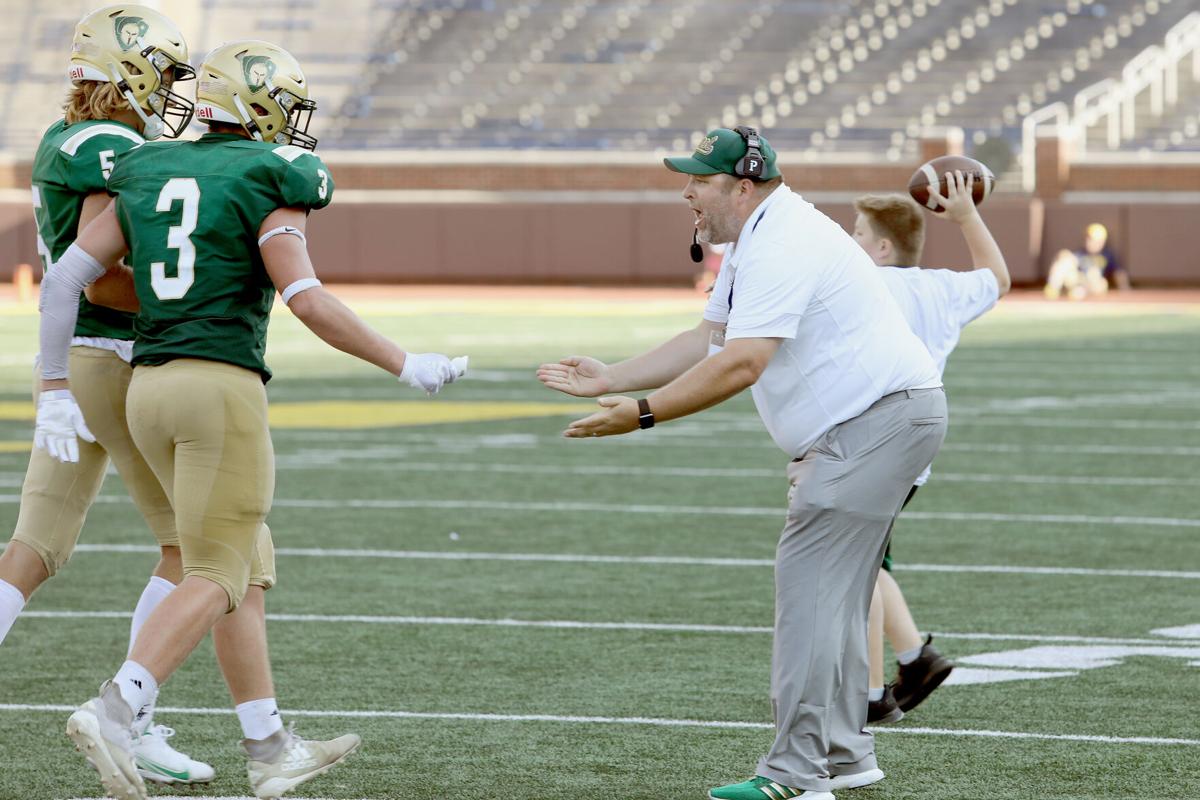 Vaughan’s Titans came back from a 28-8 second-quarter deficit to beat Midland 35-28 in a Battle at the Big House season opener Thursday at the University of Michigan.

Vaughan is in his 23rd season coaching football and fourth as head coach at TC West.

He also won a state title with East Grand Rapids, one as a player at TC St. Francis and two coaching the Gladiators.

Each week throughout the 2021 high school football regular season, one coach that best demonstrates success on and off the field, develops players’ character, discipline and football skill in addition to emphasizing player health and safety in their program, will be recognized for his commitment to the team, school and community. The winner is selected by a panel of high school football media members — Mick McCabe (Detroit Free Press), Hugh Bernreuter (Saginaw News), Bret Bakita (WOOD radio/Grand Rapids), James Cook (Traverse City Record-Eagle) and Scott DeCamp (MLive-Muskegon Chronicle).

This season’s program awards $12,000 to aid in the development and promotion of high school football in Michigan.

Each winning coach during the regular season will receive a $1,000 donation to his school’s football program. At the conclusion of the 2021 season, the Lions select the High School Football Coach of the Year. This season’s Coach of the Year receives a $3,000 donation to his school’s football program. All winners receive a certificate signed by Lions’ head coach Dan Campbell and NFL commissioner Roger Goodell.

McBain Northern Michigan Christian continued an undefeated start to the regular season with an 8-1 win Monday over Gladwin. (Plus more)