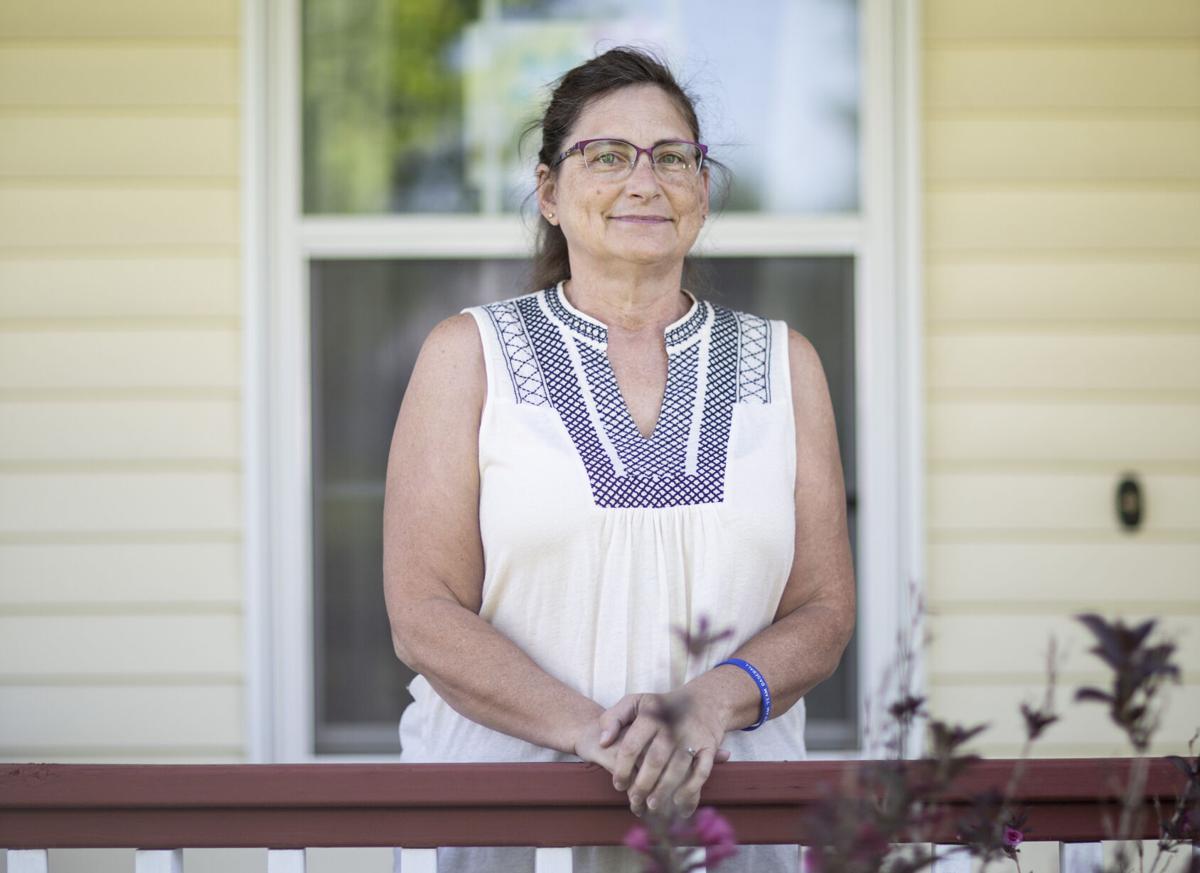 Susan Fall poses for a portrait at her home in Traverse City on Friday. 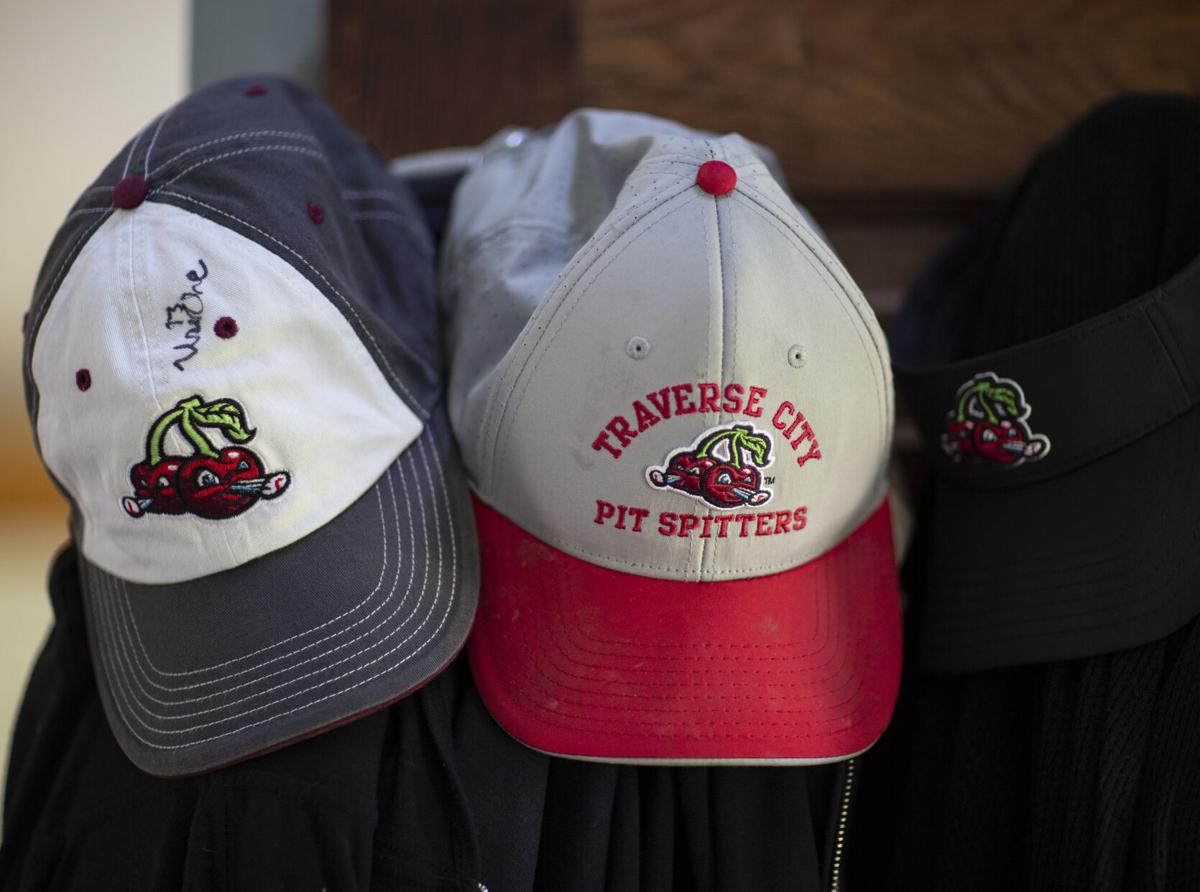 Susan Fall poses for a portrait at her home in Traverse City on Friday.

Fall, a lifelong Detroit Tigers fan and self-proclaimed baseball nut, didn’t wait very long to figure out how she and her family could be involved in the exciting new ballpark being built just up the road.

After making her way to the first open house meet and greet the Beach Bums hosted, Fall found herself at a table on the concourse signing up to be a host family.

The Fall family has welcomed players from the Bums, and now the Traverse City Pit Spitters, into their home for the majority of the last 15 years and Fall wouldn’t have it any other way.

“I don’t want too many people to do it (host) because I like having all of my boys,” Fall said through a giggle. “I like having three or four guys here throughout the summer, then I get more chances to cheer for them when they are playing.

“It is a lot more fun to go to games when you have a player that you can cheer for and that you are really invested in.”

Host families have been an integral part of the Northwoods League’s success since its inception in 1994. The league has asked families in all 22 of its cities to help lodge, feed and watch over its players and many generous families in the TC area happily oblige.

There are 23 host families in the Pit Spitters organization to house its 35 players throughout the summer. Many like Fall have started and never stopped.

“We probably couldn’t do this without them,” Pit Spitters general manager Mickey Graham said. “We don’t want to do it without them not only because of what they bring for the players in giving them support and love but what they do for us in becoming part of our family.”

The perks of being a host family include free season tickets, discounts at the Pit Shop, free parking and access to streams for the Spitters’ away games, but for Fall and other hosts it is about a lot more than that.

Players are often invited to family gatherings, boating trips, barbeques and events. The family like atmosphere and the non-stop baseball action are a big draw for many families, especially for those like Dayna Ryan who have a son of their own playing collegiate baseball.

“We’re a baseball family, but also because our son is in collegiate baseball we really know what it’s like to be a family member,” Ryan said. “You know when your child is traveling and we just want to be on the other end of it to help support traveling players and their families.”

Ryan has been a host for three seasons and has been lucky enough to host the same player each year, a rarity in the Northwoods League. Third-year Pit Spitters pitcher Evan Gates found his summer home with the Ryan family in 2019 and has asked to return to his summer family each of the last two seasons.

“He’s our summer family guy and it’s great,” Ryan said of Gates, a North Carolina A&T senior and Roseville native. “I like it because we have a connection with the team and I believe that we will have a lifelong connection with Evan.”

Staying with the Ryan family was one of the things that was required for Gates to come back to Traverse City, he said.

“I wouldn’t have come back to play for the Pit Spitters if I wasn’t staying with the Ryan’s,” Gates said. “It just shows you how well they have treated me the past three years and it seems like they are at almost every game and always in the back with a bonfire going on when I get back.”

It’s not just the host parents who make meaningful relationships with the players, but their kids and extended family members. Some of the most meaningful moments for the Fall family come when their youngest son Gage, who has Downs Syndrome, gets to interact with the players and staff at Turtle Creek Stadium.

“It’s so family-oriented over there,” Fall said. “One of my sons works there, my son-in-law works there, my daughter used to work there and may go back part time. It’s a place that my son with Down syndrome feels very comfortable being and everyone there knows Gage.”

Fall said she and Gage didn’t miss a game last season when the Pit Spitters were locked in a bubble just down the road from their subdivision behind the stadium. The arrangement is a win-win for everyone.

The players that are assigned to stay with the Fall family — they have housed as many as five players at a time — are within walking distance of the park, have an entire downstairs apartment to themselves and have access to a car, food and even a mom away from home when Fall offers to do their laundry.

Many of the families will host more than one player each season and each of the Fall’s four children have had the chance to live with multiple baseball players since they started hosting in 2006.

The relationships helped form things like the Player Partner Program for the Traverse City Dream Team, where Ryan is the director. The Pit Spitters take a day to help with the Dream Team and partner with special needs players, such as Gage Fall, to give each of them a memorable experience.

The program benefits both sides of the agreement according to Ryan because the toll of hosting the players is much lower than someone might expect. Hosts are expected to help feed the players but the Spitters feed them before and after each game — meaning they are mostly responsible for breakfast and dinner only a handful of nights out of the season.

“I would recommend people to do it,” Fall said. “If they they feel they could do it and they room. They don’t require a whole lot of maintenance. They’re all grown boys that aren’t too far removed from home so they haven’t gathered a lot of bad habits.”

Having college kids, many who are still taking summer classes while playing ball, is a much different vibe than housing professionals like the Beach Bums according to Fall but the things that remain most important to everyone involved are family and baseball.