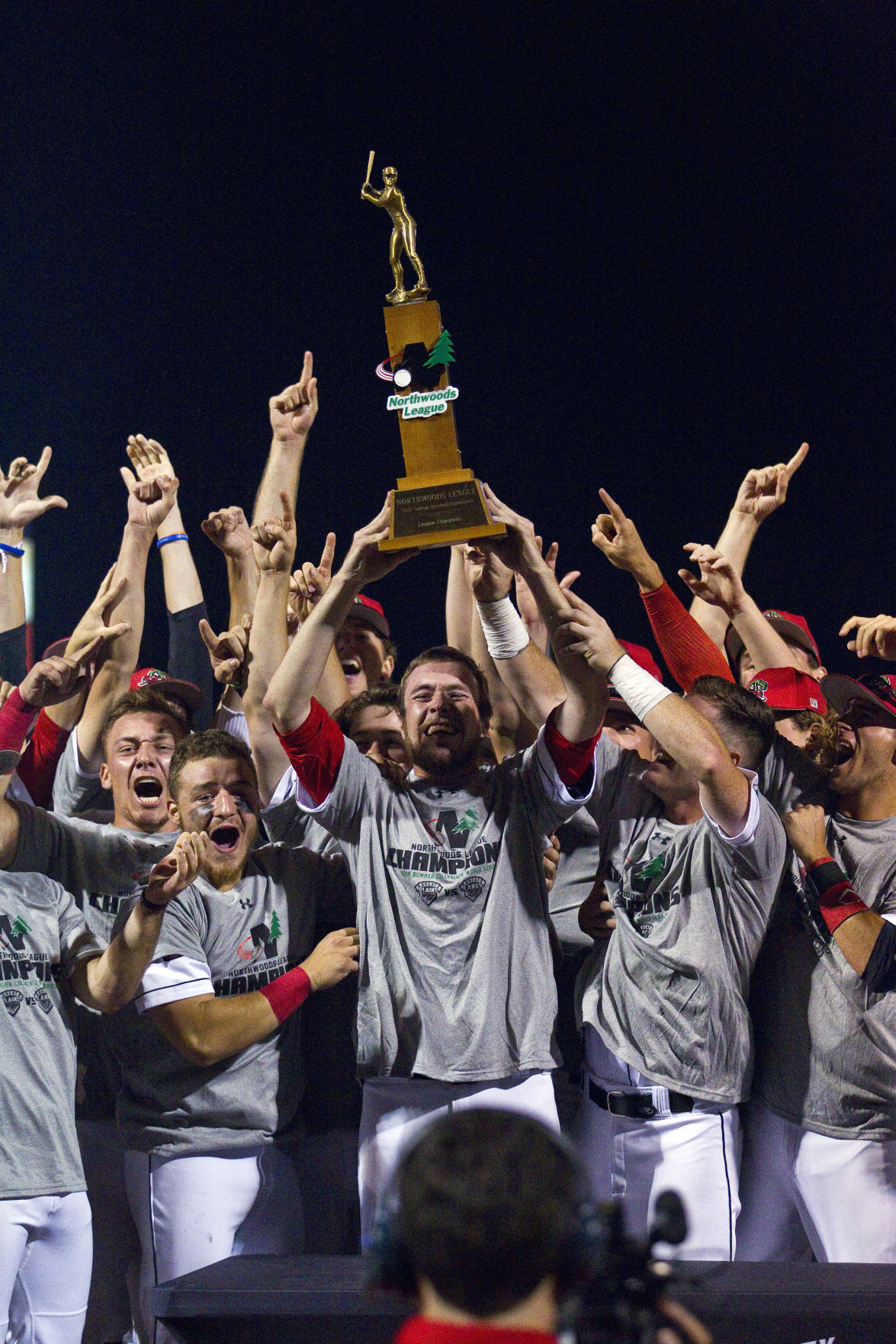 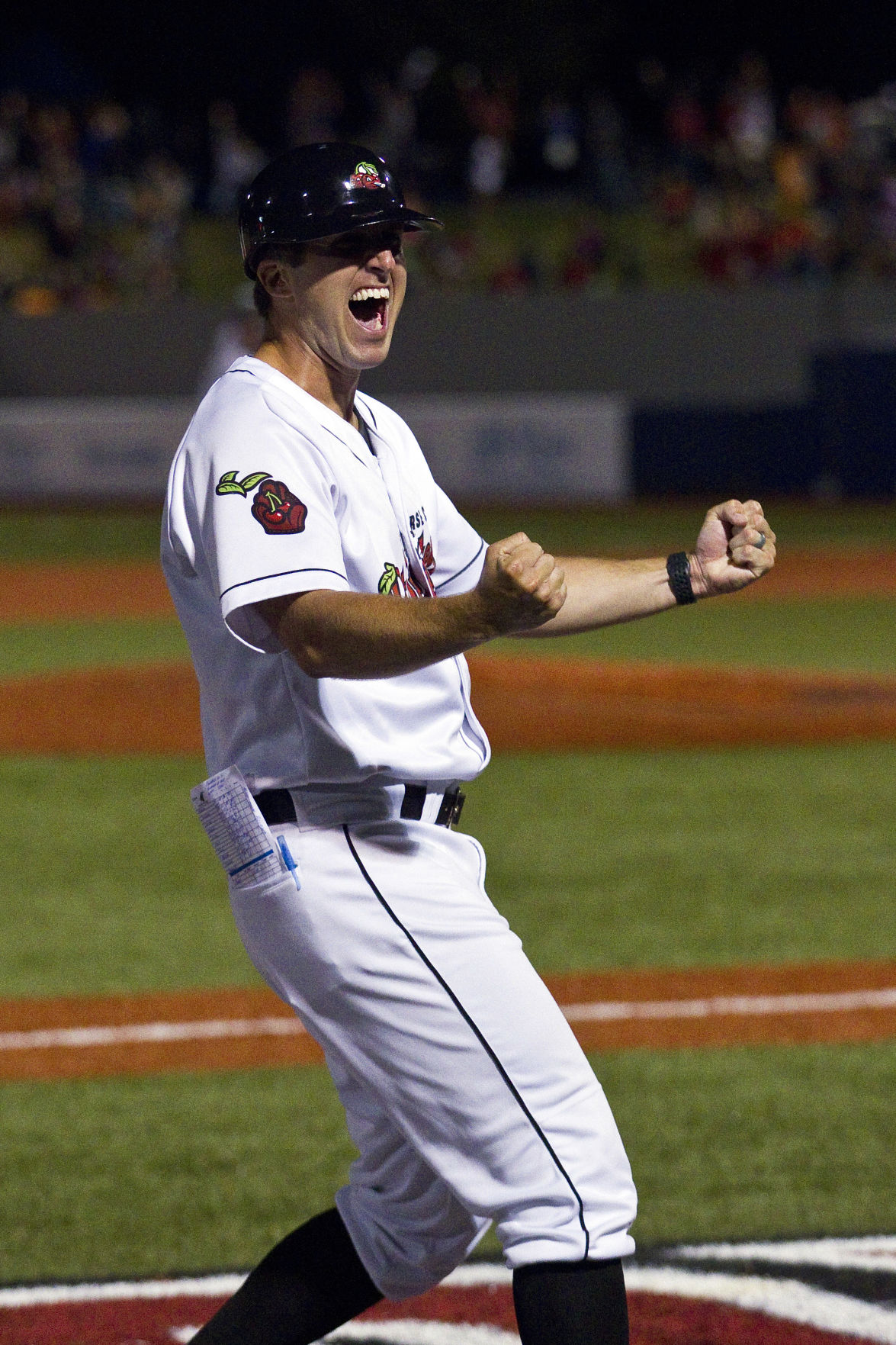 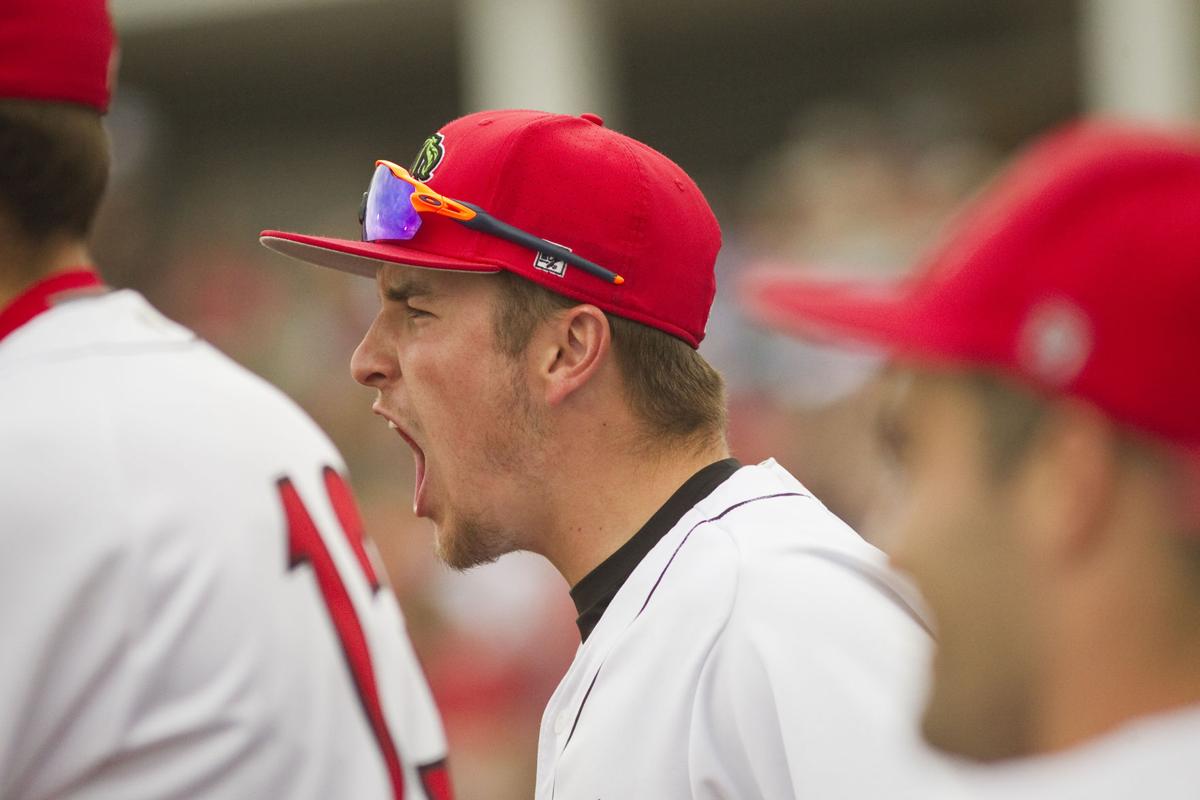 The Pit Spitters burst upon the Traverse City baseball scene in 2019, taking over Wuerfel Park after a purchase of the former Traverse City Beach Bums franchise.

The Pit Spitters’ debut and resulting success sits as the Record-Eagle’s No. 1 local sports story of 2019.

The purchase occurred in the fall of 2018, after the Beach Bums’ season concluded. Then the Pit Spitters made headlines on a regular basis throughout 2019, debuting the mascot and team logos and colors Jan. 29 at the State Theatre.

Spitters owner and West Michigan Whitecaps CEO Joe Chamberlin.was asked by a youngster at the mascot unveiling, “Why do the cherries look so angry?” during a question-and-answer portion of the event.

He said they were “determined.”

The Traverse City Pit Spitters sure looked determined the rest of the season, shaking off a 12-13 start to the season to win 44 of their last 51 games, ending with a league-best 52-20 mark. In that span was a league-record 18-game winning streak.

The Spitters capped off their inaugural campaign in dramatic fashion, beating the Eau Claire Express 3-2 with their second walk-off victory in four games of the Northwoods League’s playoffs.

The Pit Spitters may even have a new superstition evolve from that ninth frame in the Summer Collegiate World Series at Pit Spitters Park in Traverse City in front of 4,636 fans.

A team known for its obsession with gummy bears — especially the red ones, for the team’s main color — manager Josh Rebandt changed things up a little in the ninth after the Traverse City offense struggled to get much going in eight innings.

“I don’t know about in the ninth inning, but they were definitely there all game,” Rebandt said. “I was munching on them and we weren’t scoring. I went to bubble gum and we scored. It is what it is.”

The Pit Spitters dominated the league’s postseason awards. The franchise was named the Northwoods League’s Top Organization of 2019, and general manager Mickey Graham earned NWL Executive of the Year honors. Rebandt was selected as the league’s Manager of the Year, pitcher Andrew Hoffmann the NWL’s top pitcher and the Spitters led all teams with five selections to the postseason All-Star Team (Mario Camilletti, Andrew Morrow, Michael Slaten, Hoffmann and Kyle Jones).

“This is a tremendous signal of what we’ve been trying to do all year,” Pit Spitters CEO Joe Chamberlin said. “We’ve really been trying to bring baseball back, bring the fun back. And there’s no better way to finish it off than with a championship.”

The franchise reached an agreement with Turtle Creek Casino on naming rights for the stadium next season.