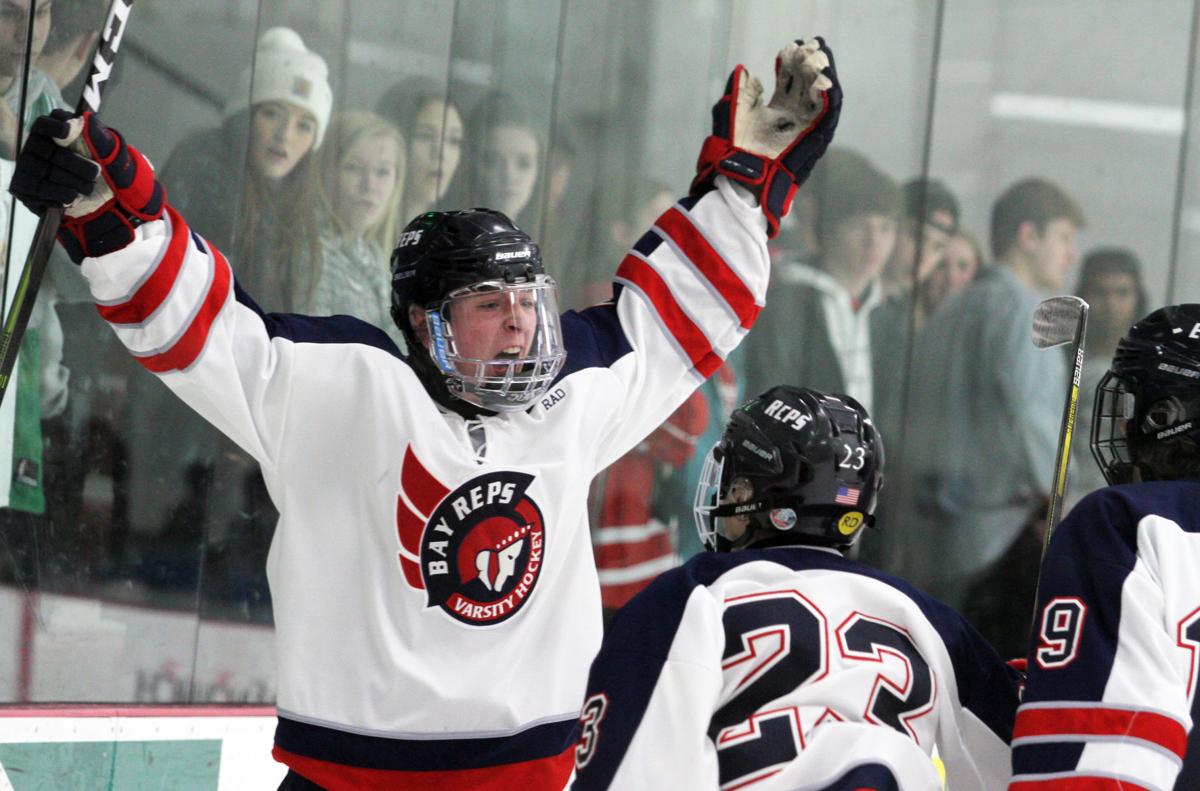 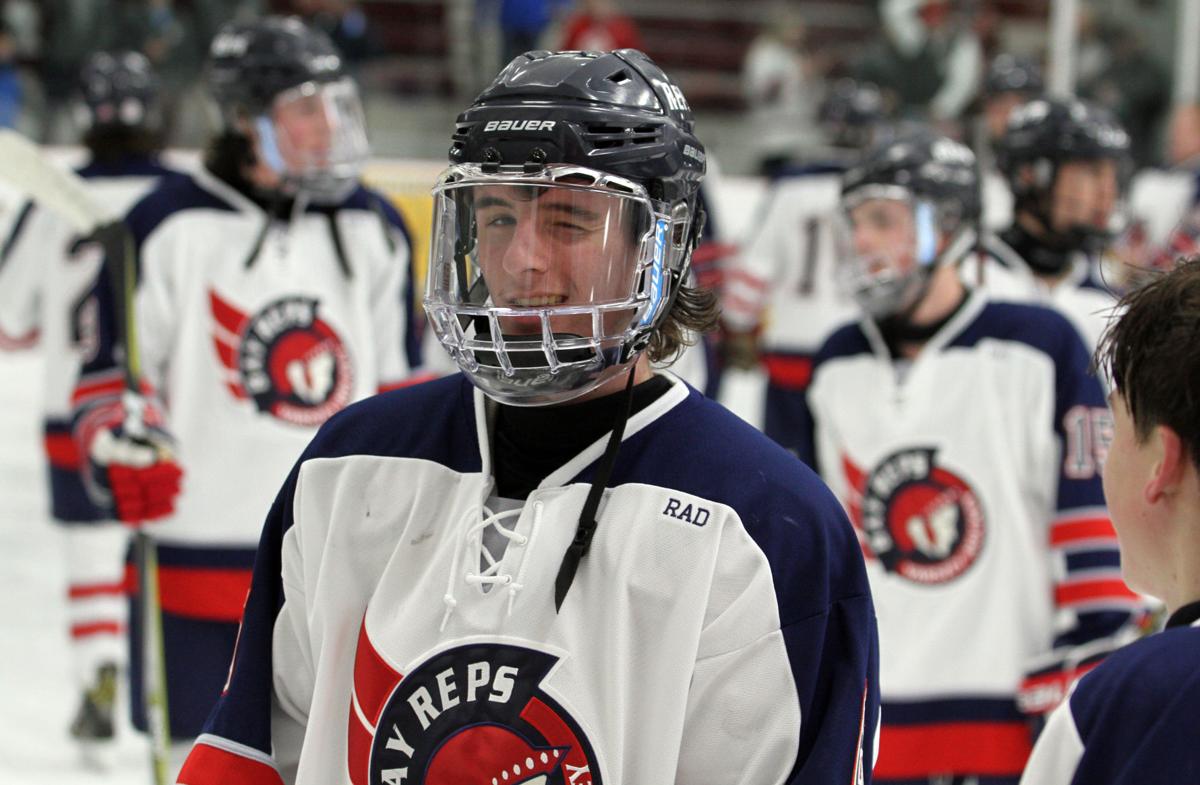 TRAVERSE CITY — The Bay Reps were a team waiting to explode for years.

That combustion happened in 2019.

A new head coach gelled with a talented, senior-laden roster — and things took off from there.

“When I came on The Get Around podcast with you guys, it was a hope and something to pray for,” senior defenseman Chris Deneweth said of reaching the Final Four. “Never thought it’d happen. I can’t even believe it. I can’t believe it’s real.

“Words can’t describe it. First time our team got past quarterfinals. It’s remarkable.”

Stevenson’s sudden-death winner 1:18 into overtime defeated No. 7 Byron Center 4-3 in a Division 1 quarterfinal at Ewigleben Arena in Big Rapids.

Deneweth rang a shot off the left post with 4:21 left in the third period and trailing 3-2, reminiscent of Jake Peacock’s shot off the post with an open net in 2010’s overtime quarterfinal loss.

Stevenson had pulled the Reps within a goal with 5:19 left in regulation, assisted by Adams and Deneweth.

Kaleb Miller rifled in a low shot with 3:41 remaining to tie it up, with Logan Kerry picking up an assist, as the Reps took just 1:38 to go from down 3-1 to all tied up.

“When Kaleb scored that goal, it was the glimmer of hope we needed,” Deneweth said. “We took that shot and ran with it.”

The Reps fell 5-2 to Saginaw Heritage in the state semifinals at USA Hockey Arena in Plymouth.

Deneweth’s dad was there all the way as Deneweth helped his Bay Reps make history.

Rick Deneweth, who led the co-op hockey team’s board, passed away Nov. 11, 2016, and the Bay Reps have worn his initials on their jerseys ever since, including during the Reps’ longest playoff rush in the team’s 18-year history.

“It’s awesome that the team remembers him with how much he did,” Chris Deneweth said. “You can look down at your left shoulder. (In the quarterfinals) against Byron Center, I looked down and just asked him to help me. You can tell he’s always there. It’s something to motivate me to always go 100 percent, like he did.”

Reps first-year head coach Mike Matteucci expected leadership from the group of seniors, and said they came through with flying colors.

“Good programs have good traditions,” Matteucci said. “Honestly, I’ve been part of some good programs and it starts with leadership. These guys, like Chris — Chris is our captain — and he left good footprints for the rest of the guys.”

Stevenson earned first-team all-state in Division 1 from the Michigan High School Hockey Coaches’ Association after a season in which he rung up 30 goals, 26 assists and 56 points in 29 games.

Kerry (15 goals), Adams (11) and Ellis (10) added to a diverse offense that could draw scoring from more than just its top line. The Reps scored five or more goals in a game 14 times.

They beat both Traverse City Central and West and recorded a perfect record against Big North Conference foes, playing every BNC team except for Alpena. The Reps also made a clean sweep through Northern Michigan Hockey League play.

The 2019-20 Reps incarnation features a roster with seven freshmen and six sophomores.

The Get Around Podcast Episode 59 – Chris Deneweth, TC Bay Reps