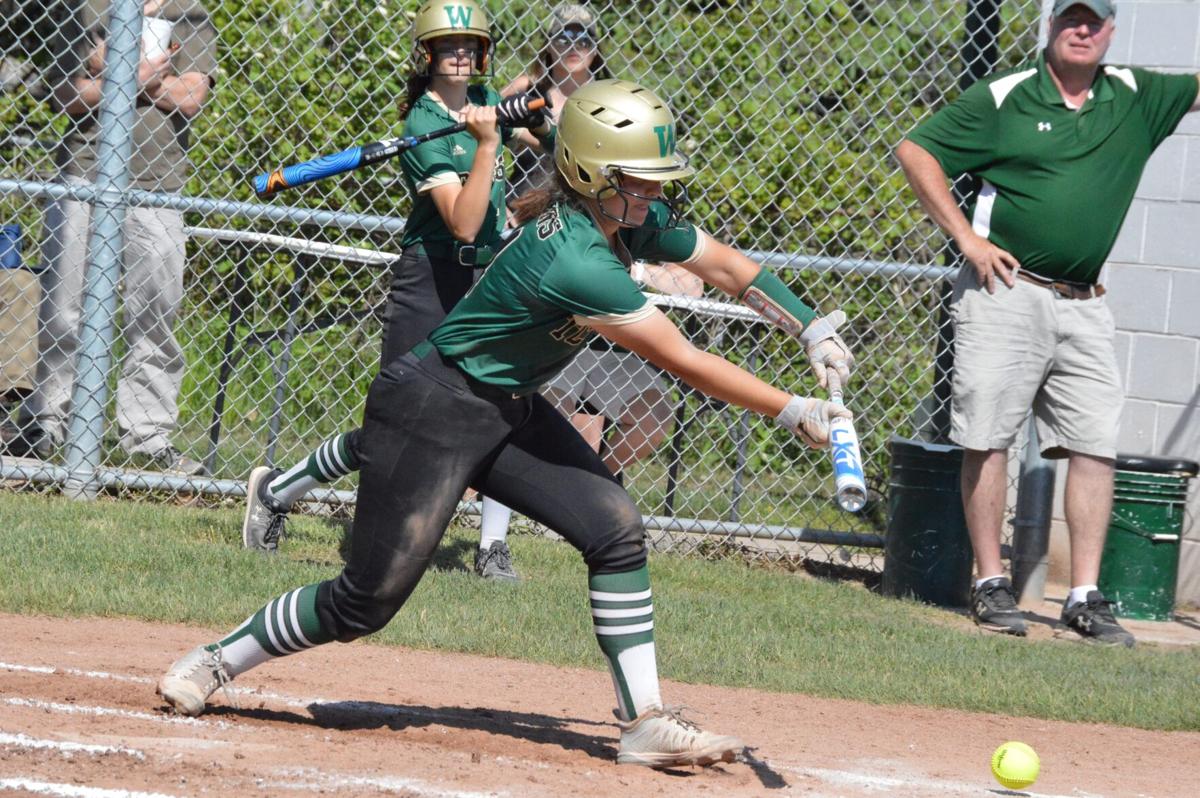 Traverse City West’s Ava Tiesworth attempts to lay down a bunt during a Division 1 district semifinal game against Alpena on Friday. 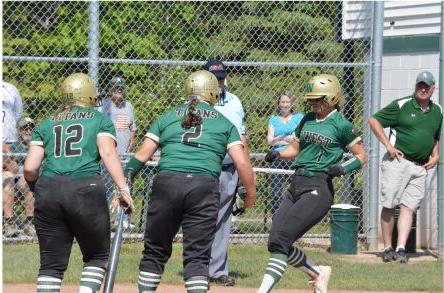 Traverse City West’s Lydia Heymes is welcomed by teammates after hitting a grand slam against Alpena during a Division 1 district semifinal in Alpena on Friday.

Traverse City West’s Ava Tiesworth attempts to lay down a bunt during a Division 1 district semifinal game against Alpena on Friday.

Traverse City West’s Lydia Heymes is welcomed by teammates after hitting a grand slam against Alpena during a Division 1 district semifinal in Alpena on Friday.

ALPENA — It's not often a Division 1 team does something for the first time in its school's history but Traverse City West made its mark Friday.

The district crown is the first for TC West since 2006 and completes the first season where it won a district title and Big North Conference crown. The Titans shared the BNC title with Gaylord this season after a season split, which was their first since 2004 and second in school history.

"It was a very stressful game," TC West head coach Dave Kenny said. "We were losing most of the game but we didn't lose our head and we kept playing and grinding."

Mt. Pleasant took a quick 2-0 lead in the first and held tough until a bad call got senior and catalyst Brittany Steimel fired up. Steimel went on to strike out nine consecutive batters and a total of 19 in the game to give the Titans a chance to come back.

TC West jumped on its chance in the sixth inning when it scored five runs. Jordan LaFleur hit the go-ahead RBI double and Peyton Metz followed with another double at the top of the order to clear LaFleur and put TC West up 6-2. Steimel went 3-4 with an RBI and a triple and Lydia Heymes had a hit and a RBI.

"These girls are resilient," Kenny said. "They don't let bad calls bother them and they keep fighting and they expect to win."

The Titans defeated Alpena 7-2 in the district semifinal that opened play on Friday. Heymes rocked a grand slam and went 3-4 with four RBI in the opener against Alpena to push TCW to the district final. Lauren Tkach and LaFleur each had two hits in the first game. Brittany Steimel struck out 15 against Alpena, bringing her district total to 34 Ks.

Traverse City Central fell in the district opener against Mt. Pleasant, 15-11, after a seven run sixth inning gave Oilers the lead. TC Central was leading 9-8 in the sixth before the rally put them away.

UP NEXT: Mesick (27-10) awaits the winner of the Glen Lake district in regionals.

The Get Around Ep. 174 — Jayden Alfred, Mancelona