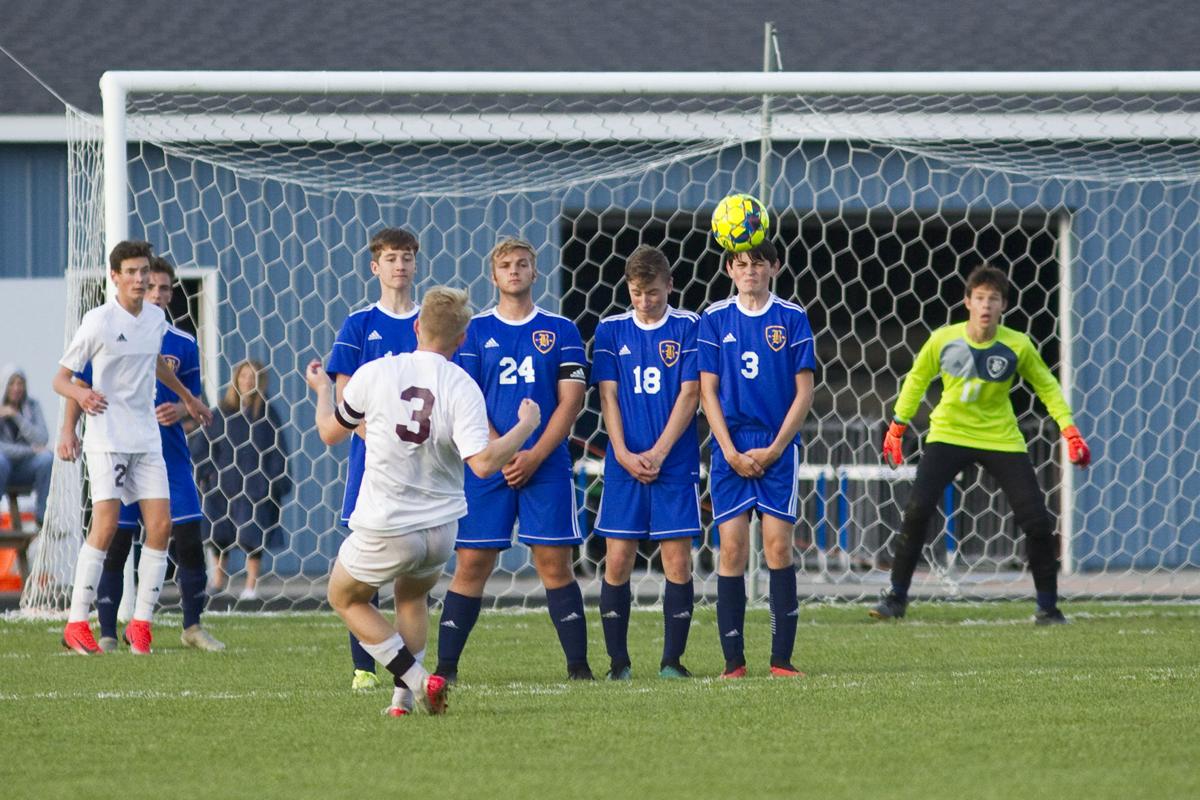 Charlevoix's Blaise Snabes (3) attempts a free kick over a wall of Buckley players in Thursday's game. 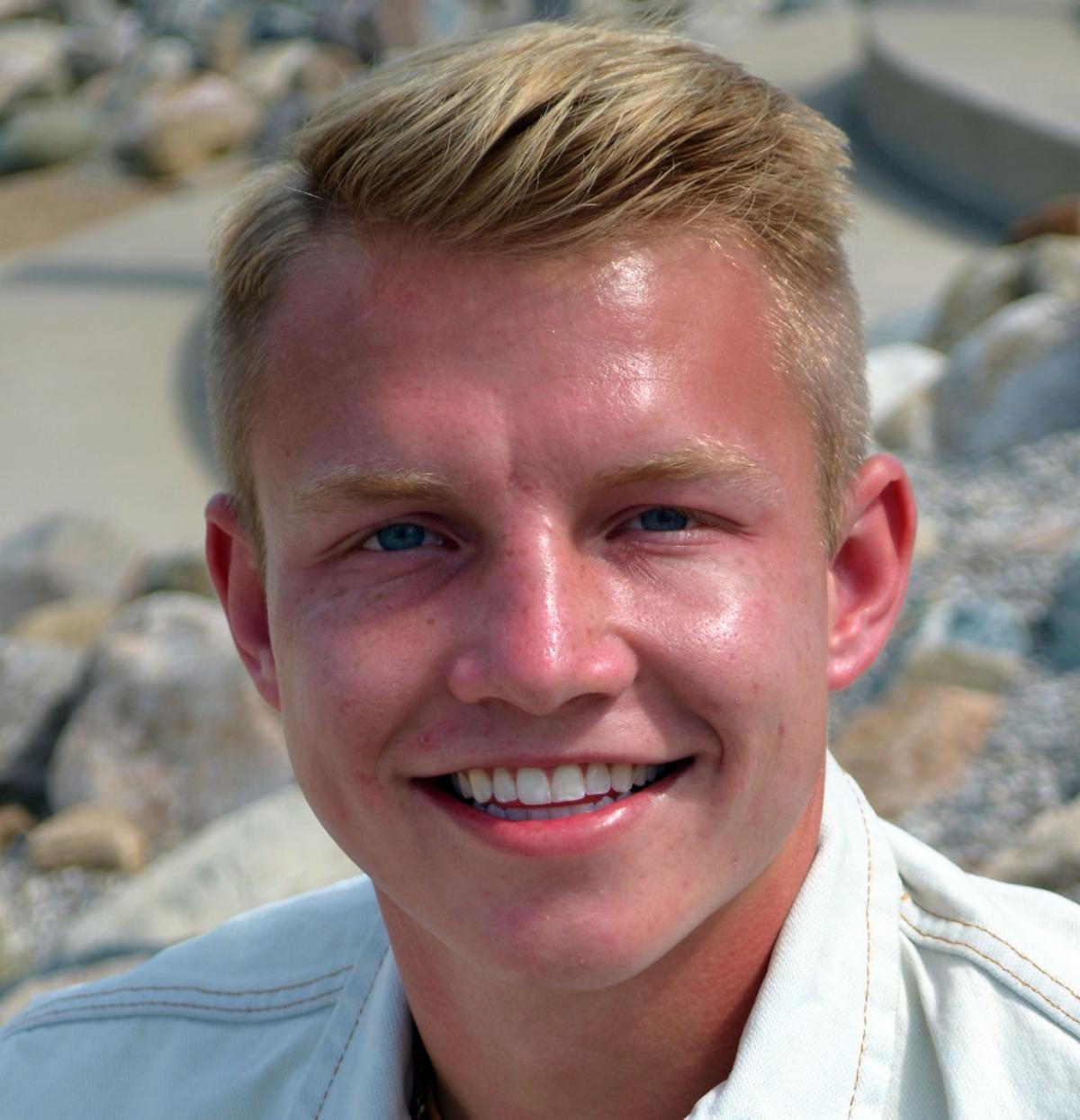 The Charlevoix star committed to play at Division 1 Western Illinois recently, joining a team with a large foreign influence.

Nearly one-third of Leathernecks on last season’s roster came from outside the United States, from as far away as Papua New Guinea, Japan, Germany, Spain and Australia.

Good thing Snabes played in the USA Cup for so many years.

He participated in the massive tournament in Minnesota for four years, only once playing for an American team. The other three years, he served as a guest player for national teams from Colombia, Mexico and Canada.

“It’s been my dream ever since I started playing soccer to play Division 1,” said Snabes, who plans to major in civil engineering.

Snabes committed late, caught in the middle of all the coronavirus shutdown, but he’d been communicating with Western Illinois since a summer camp.

In fact, he became acquainted with Western Illinois at the SIU-Edwardsville ID camp. WIU head coach Dr. Eric Johnson happened to be helping out at that camp, and noted Snabes’ speed and skill.

He and his parents did an online visit with the coaches after the virus shutdown.

“They asked all the right questions about the balance of athletics and academics,” said Johnson, a Colorado native who graduated from Calvin College in 1980 and earned all-conference for the Knights.

Snabes, a three-time all-state selection and four-time all-Lake Michigan Conference player, scored 11 goals as a freshman, and broke out in a big way as a sophomore with 28 more. He tacked on 27 last season after 10 as a junior to end up with 79 career goals.

Johnson said Snabes will have an opportunity to play at forward or outside midfielder fairly early if he transitions well to the Division 1 pace.

“I see him as the type of guy that wants to prove it,” said Johnson, the all-time winningest men’s soccer coach in Summit League history. “And when they have Division 1 tools — super-athletic and has a good upside — I think he’ll be able to. We’re just really pleased we can pick somebody up that will impact the roster for years.”

CHARLEVOIX — Luke Stuck was happy just to play this year.