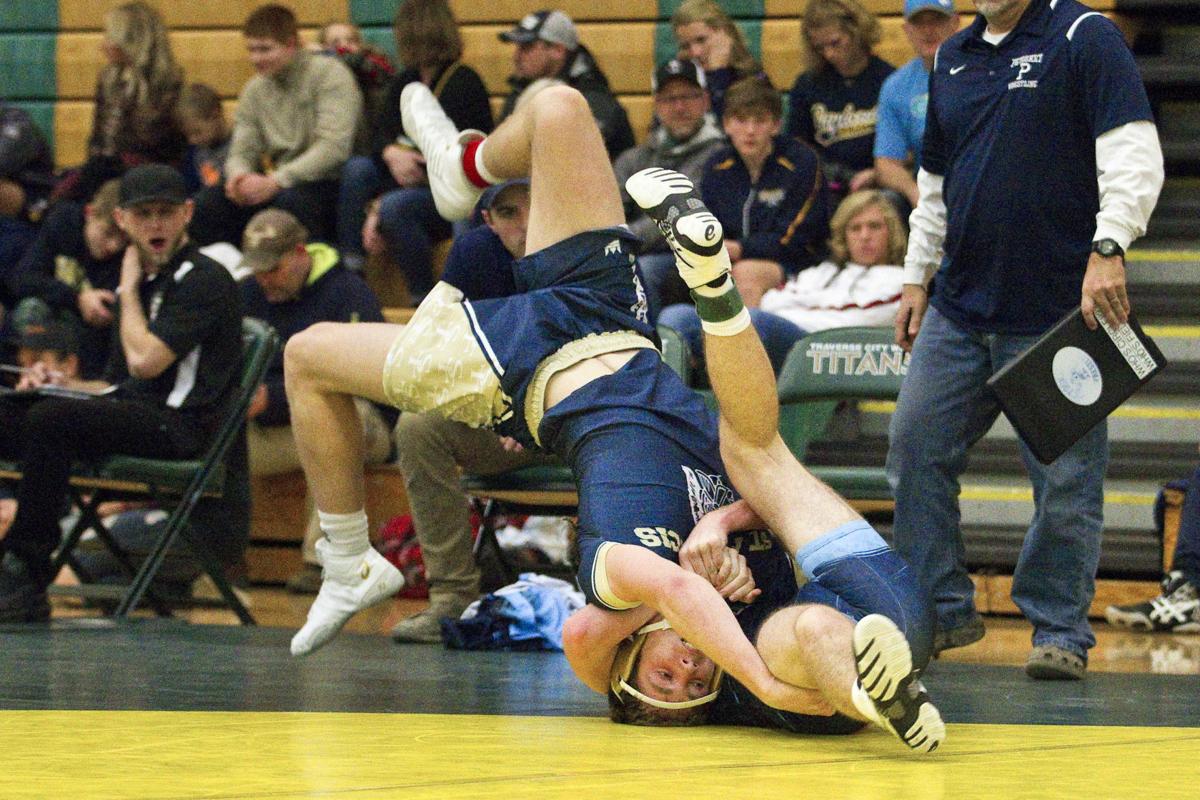 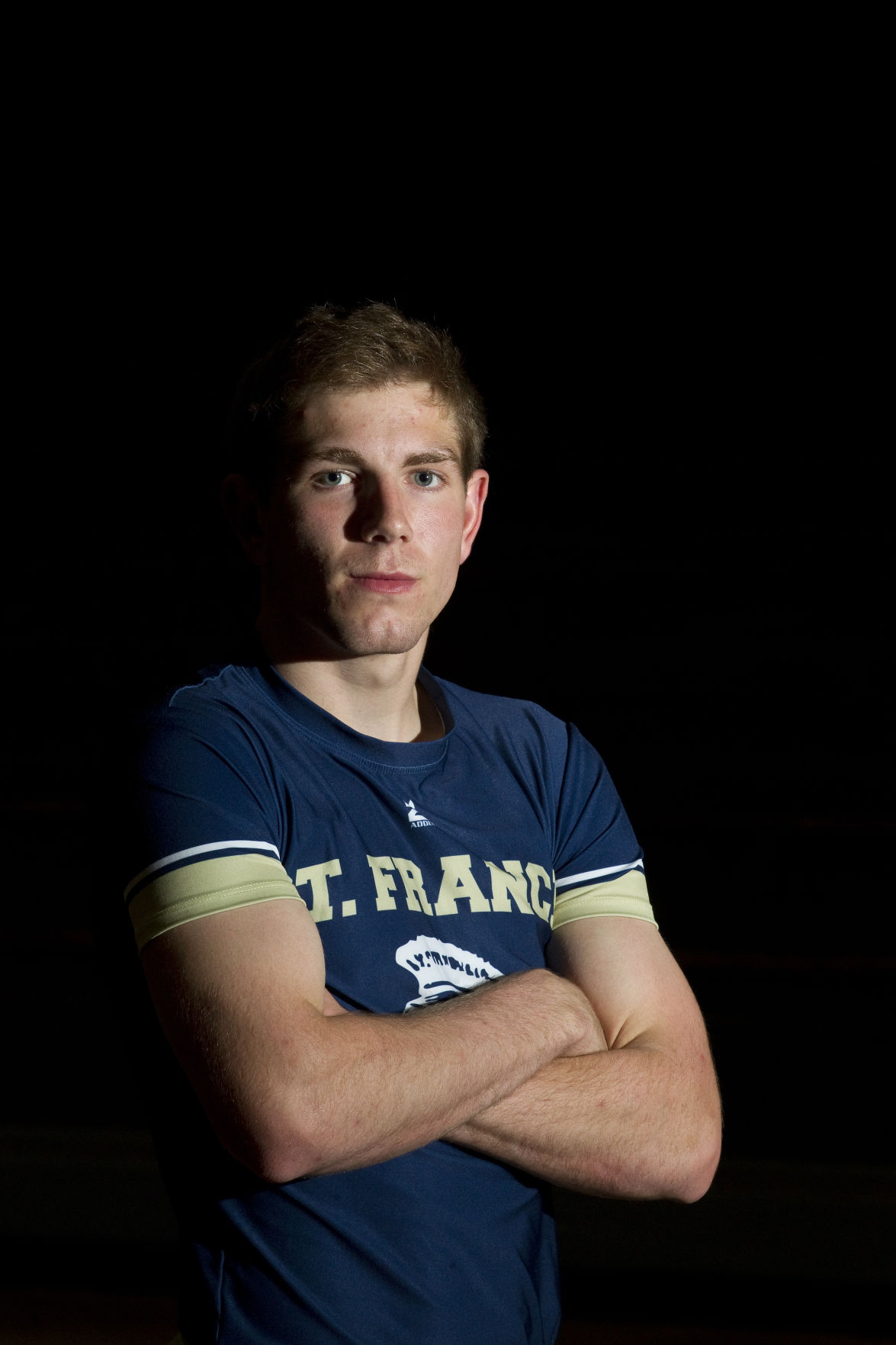 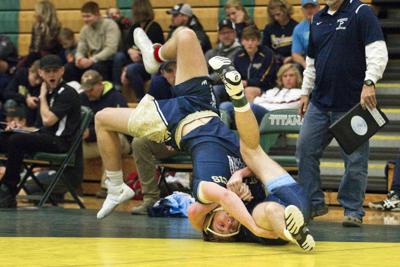 TRAVERSE CITY — When one of the most prestigious college programs in your sport comes calling, you don’t say no. So when the Iowa Hawkeyes made a pitch to Traverse City St. Francis star wrestler Andy Simaz, the result was a resounding yes.

Simaz accepted a preferred walk-on spot with the Hawkeyes this week after missing his senior wrestling season with a torn anterior cruciate ligament.

“It’s like the Alabama football of wrestling,” Simaz said.

Iowa is second in NCAA history with 23 national championships and six national runner-up spots — all since 1975.

Simaz, who won 137 career matches in only three seasons at St. Francis and earned the 2019 state championship at 154 pounds, expects to redshirt as a freshman as he recovered from the knee injury that happened late in the football season and wasn’t discovered until early in the wrestling season.

Simaz was looking at a University of Michigan preferred walk-on spot, but as recruiting went on, the Wolverines’ roster filled up.

Iowa coach Tom Brands recognized the name and replied, beginning a quick courtship that ended with Andy Simaz agreeing to a preferred walk-on spot with the Hawkeyes.

“He said he recognized the Simaz name and we started talking,” Andy Simaz said. “It seemed the exact type of place I want to go to.”

Simaz’ cousins from Allegan have added to the family’s wrestling legacy.

Cam Simaz earned four All-America honors and won a 2012 national championship at Cornell University, while Taylor and Kyle also wrestled a Cornell, another wrestling powerhouse that currently has Gaylord’s Dom LaJoie on its roster and 2020 Record-Eagle Wrestler of the Year Chayse LaJoie joining his brother next season. Eric Simaz wrestled at Central Michigan University, another one of the Midwest’s premier wrestling programs.

“He knew our family and what they’ve been known for in college,” Mike Simaz said.

Iowa returns nine of its 10 postseason starters from the 2019-20, with all nine earning top-12 seeds in the national championship. Michael Kemerer was granted a sixth year of eligibility from the NCAA for medical hardship, and he’ll be a national title favorite at 174 pounds, while Alex Marinelli is a returning All-American and last year’s No. 1 seed nationally at 165 pounds, the two weight classes where Simaz will look for mat time in the future.

“Iron sharpens iron,” Mike Simaz said. “You can only get better in that way.”

Simaz came into his senior with a goal of being all-state in three sports. He accomplished that in football, earning honorable mention all-state from the Associated Press at linebacker. It was all but assured in wrestling if he hadn’t tore an ACL in football.

Simaz was initially told it was a bone bruise and would heal with some rest, so he took some time off in between seasons and wrestled only once early in the season, winning by technical fall in a dual against Traverse City Central.

But the knee did not feel right, and an MRI revealed the true extent of the injury. He had surgery over the winter, and is already back to work at Menards.

“That’s the funny thing is my goal was to be undefeated,” Simaz said. “I guess I technically did that.”

Simaz put up a 46-2 record as a junior, winning the 152-pound Division 4 state championship with a 6-4 win over Hudson’s Jorge Sereno.

The Get Around Ep. 101 — Andrew Simaz and Sterling Holcomb, TC St. Francis

The Get Around Ep. 112 — Andrea Frary (TCW), Briellen Clapp and Jaime Smith (Frankfort)