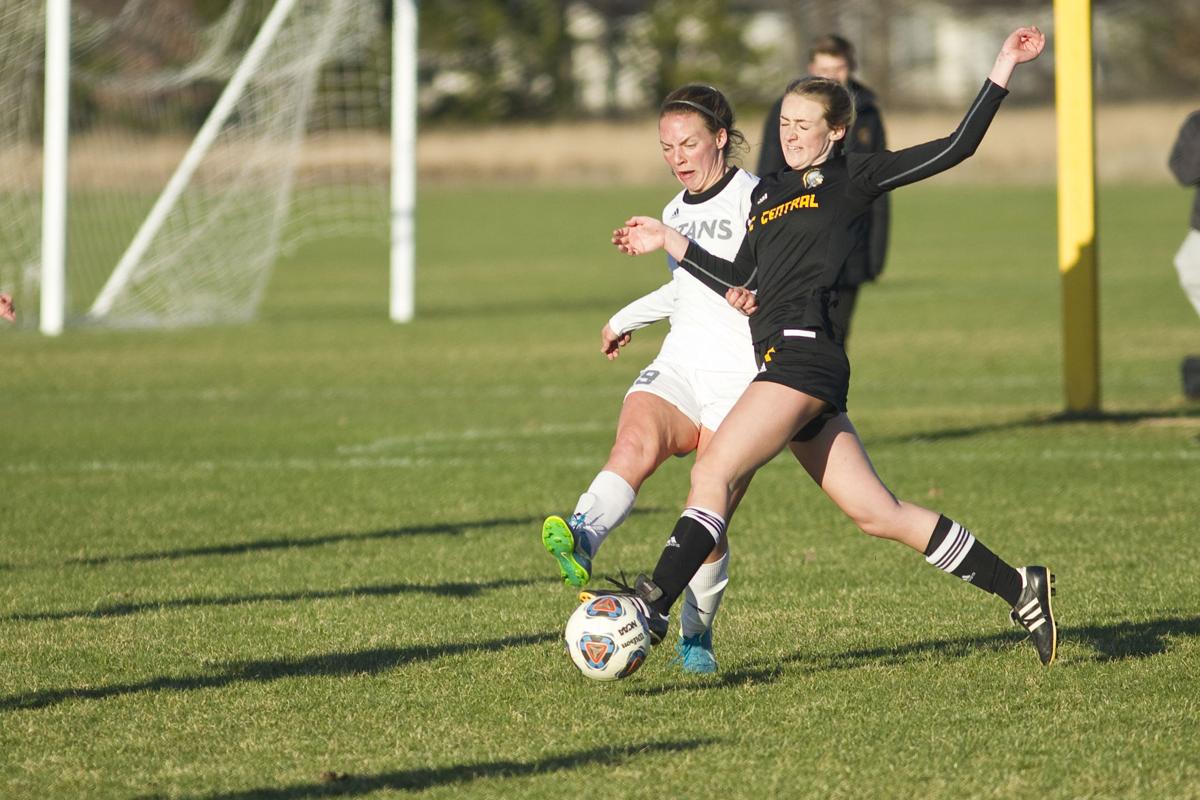 Traverse City West’s Jaelyn Dobrowolski (19) and Traverse City Central’s Cassidy Short (1) fight for the ball in the first half of Tuesday’s game. 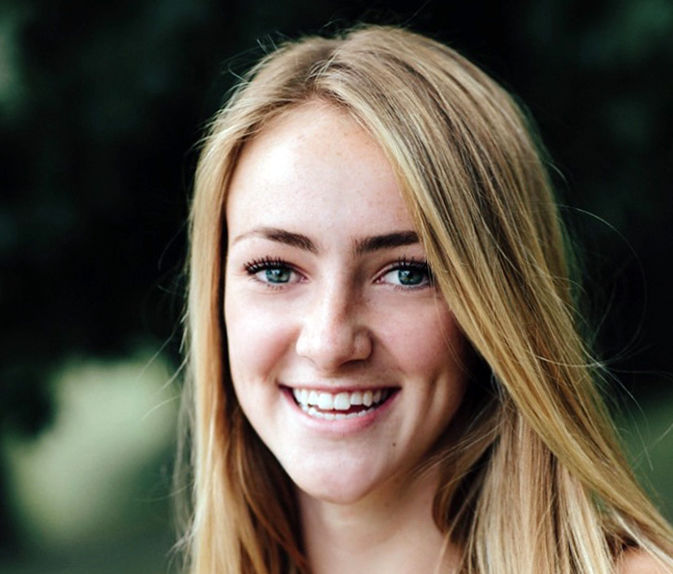 TRAVERSE CITY — Cassidy Short looks to strike while the iron is hot.

The Traverse City Central central defender aims to move up to forward or striker after committing to Kalamazoo College, where she hopes to be the next northern Michigan standout there in the likes of Libby Munoz.

Munoz led the Hornets in goals and points each of her last three seasons in Kalamazoo, earning all-Michigan Interscholastic Athletic Association three times in the process.

Even after setting state records for career goals and points at Leland, Munoz ended at up the Division 3 school, where she continue that trend of being a star.

“I don’t want to say it’s a hidden gem, but some of the athletes get overlooked,” Kalamazoo College head coach Bryan Goyings said. “Northern Michigan certainly has some strong athletes and we’ve been fortunate there in the past.”

She visited Kalamazoo overnight, and quickly narrowed her choices down to becoming a Hornet or going to Grand Valley State University and playing on the Lakers’ club team.

“I liked the feel there and the community,” said Short, who posted a 3.70 grade-point average and is undecided on a major. “It felt really good. We talked about how going to this school is athletically and academically challenging.”

With Munoz and other graduated, Kalamazoo lost 78 percent of its offense from last year. Midfield and forward were emphasis of the school’s recruiting class.

“I think the small-school experience is something she values,” Goyings said. “And so do we. Getting to work with athletes at a small school, you get to see their success academically as well as athletically. We’re hoping she can contribute in the coming years.”

The idea of being able to play up top appeals to Short, who won the Trojan Award as the team’s hardest worker.

“I just really wanted to play soccer,” Short said. “It’s cool to be on the varsity team just because it’s varsity, but I’m just happy to play.”

Outside of sports, Short participates in National Honor Society, mentors Special Olympics athletes with her club team and volunteers at preschool daycare. She’ll go into school in the fall with several classes already completed through Northwestern Michigan College.

Unlike Munoz, the 5-foot-8 Short didn’t get to play her senior year because of the coronavirus pandemic.

She could have moved up to forward from the Trojans this season, giving her more experience at the position heading into college.

“I played with a lot of my teammates since the fifth grade, in club and high school,” Short said. “It just kind of ended, so it sucks.”