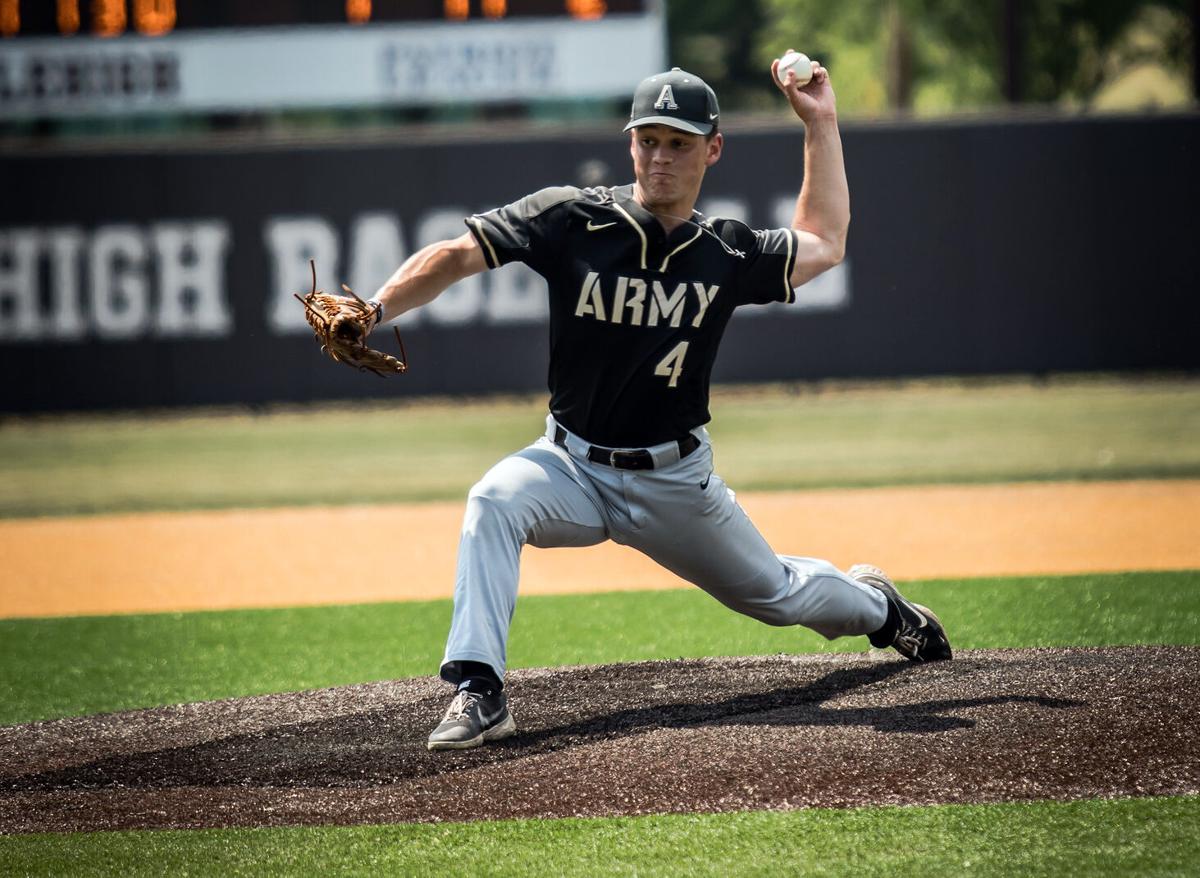 Tyler Prichard pitches in a game for Army. 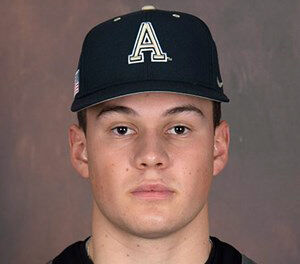 Change turned opportunity into a defined role, allowing the former Traverse City St. Francis left-hander to make the team at Army (28-23), which opens up the 2021 NCAA Tournament at noon Friday against No. 8 Texas Tech (36-15).

Prichard tried out for the Black Knights as a freshman in 2020, but didn’t make the cut in a season that barely got off the ground because of the COVID-19 pandemic. He approached Army head coach Jim Foster about what he needed to do in order to make the team in his second tryout the following fall.

Foster advised him to change his mechanics entirely, dropping down to a sidearm delivery to give the team a left-handed specialist.

“It was definitely a little foreign at first, going from three-quarters to a sidearm delivery,” Prichard said. “Looking back now, it has definitely helped a lot.”

The Black Knights only roster four lefties this season, with the other three being freshmen. Sean Dennehy struggled with control to a 9.72 ERA. Connelly Early posted a 1.57 ERA, starting twice. Brendan Wright hasn’t pitched this season.

He pitched a clean inning, striking out one, in the Knights’ Patriot League championship series opener with Lehigh, and logged two-thirds of an inning (on only five pitches) in a 7-3 semifinal win over Lafayette to help clinch a league championship berth.

“Prichard has come a long way,” Foster said. “He showed up this year and as a coach you’re always looking for someone who can get righties out and lefties out, who can get both out. So we dropped Prich down and he bought in from the first time we told him to drop his arm slot and do different things. He’s done everything we’ve asked him to do and as the season’s gone along, he’s got more and more opportunity to to get lefties out and he’s done a heck of a job.”

Army’s 28-23 record is a bit deceiving. The Knights started the season 4-11 before Prichard made his first appearance against Holy Cross on March 27. Army is 9-4 in games Prichard pitches.

“There’s a lot of unsung heroes on this team and he’s one of them,” Foster said. “He’s quiet, he goes about his business the right way. He does his job, he’s ready to go. He’s a great, great kid, so he’s someone who’s really stepped up for us. He’s one of our unsung heroes this year, no doubt.”

Army won its third straight Patriot League title, not counting the pandemic-canceled 2020 season. The Black Knights claimed the title in 2018-19 and 2021.

“The ball has a lot of run,” he said. “Especially with the two-seam, there’s a lot of break.”

At West Point, Prichard is majoring in legal studies, just like his older brother Teddy, who’s a senior at Army. Prichard must complete a five-year service requirement after graduating, but is considering going into the aviation branch, which requires a 12-year commitment.

“I’m definitely grateful to coach Foster to be able to continue this year,” Prichard said. “You never want it to end. We just want to keep going.”

ELK RAPIDS — Boyne City seems to do everything fast.