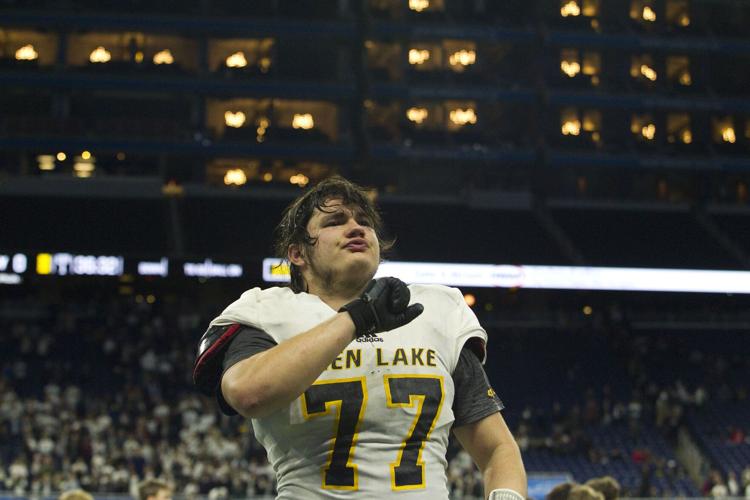 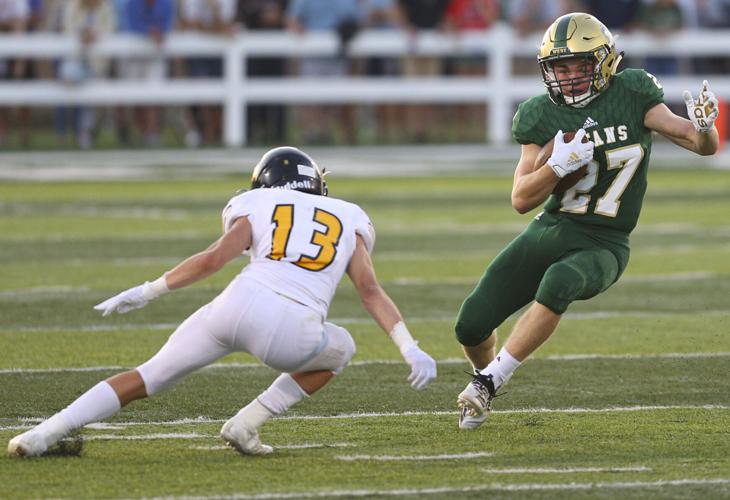 TRAVERSE CITY — Greg Vaughan and his Traverse City West football players are having a Sunday meeting.

Vaughan told his Titan players earlier this week that in the event the Michigan High School Athletic Association calls off the football season, they’ll meet one more time the following morning to discuss it in person, instead of virtually.

No emails, text messages or phone calls. He wanted to do it in person.

That news came Friday at 4 p.m., when the MHSAA announced its Representative Council chose to move the football season to the spring because of concerns surrounding the spread of coronavirus. The rest of fall sports can proceed as scheduled — which includes volleyball, cross country, boys soccer, girls golf, boys tennis and girls swimming — but are not guaranteed to stay in the fall.

The Representative Council cited football’s higher risk for spreading COVID-19. Football was the one fall sport the body categorized as “high” risk, with others such as soccer and volleyball deemed “moderate” or less.

The governing body of Michigan high school sports stated that details for a specific schedule and format will be announced over the next few months. The MHSAA will be working to limit overlap of spring football and the traditional spring sport seasons.

“There was a survey put out (Thursday) to the athletic directors,” Bear Lake athletic director and MHSAA Representative Council member Karen Leinaar said. “We wanted to get some data from our schools of where they were at and what they were feeling after the first week of practices. When we saw the results of that today, and got some information from the state health department, we needed to make a change. ... People were not comfortable with football, being the high-risk sport that it is, and putting that out in front of even schools getting started.

“It just became the right thing to do.”

Leinaar said 600 member schools responded to the MHSAA’s survey within 24 hours and it became apparent it was not in the best interest of anyone in the state to continue.

“Obviously, I’m extremely disappointed and frustrated,” TC West all-state linebacker Christian Boivin said. “It sucks to be able to start up something you love with the people that love to do it and have it taken away from you so quickly.

“I know the MHSAA and the state did everything possible to keep us safe and give us an opportunity, and hopefully they’re gonna continue to do that with spring football.”

TC West athletic director Jason Carmien said he didn’t receive the survey from the MHSAA and was “surprised” by Friday’s news. Vaughan was disappointed with the delivery method as Uyl also released a video on YouTube explaining the decision.

Vaughan, a regional director for the Michigan High School Football Coaches Association, said Friday’s decision did not reflect the sentiment he received while speaking to coaches and ADs from across the state and said he wished the MHSAA would have notified coaches before the release.

“I’m very much concerned about the mental health for our kids,” Vaughan said. “If they don’t have an outlet some way and they’re locked back in their houses ... I’m very worried about that.”

Leinaar said they’ll discuss what will be allowed by football teams in their upcoming meetings after they decide what to do with the rest of fall sports. How long that will take is unclear, but what is clear is that the players want to be together — even if it is just practice.

“The past five days being able to go on the field were some of the happiest I’ve been in months.” Boivin said. “It was awesome to be out there with the guys and we’re going to have to take it day by day now and see where we’re at.”

The University of Wisconsin released a study that showed the negative effects because of the lack of sports on the mental health of high school aged kids. The participation in sports is an escape from many of the anxieties, stresses and turmoil of your teenage years.

“You ask any high schooler, we almost need sports,” Boivin said. “It’s part of the experience and it’s a huge part of our lives. And to a lot of kids, that’s what they get up to do. It’s their thing and that’s how they want to spend every second if they can.”

Leinaar said Friday was one of the hardest days in her 22 years as an athletic administrator and that the decision to move football did not come lightly.

“At the end of the day, we did everything we could to find a path forward for football this fall,” MHSAA executive director Mark Uyl said in a press release sent out at 4 p.m. Friday. “But while continuing to connect with the Governor’s office, state health department officials, our member schools’ personnel and the Council, there is just too much uncertainty and too many unknowns to play football this fall.

“No one is willing to take the risk of COVID being passed on because of a high-risk sport. Decisions have to be made on our other sports as well, but none of those carry the same close, consistent, and face-to-face contact as football.”

“Our volleyball teams, our swim teams, are not inside yet,” Leinaar said. “So we’re hoping by Wednesday we get some direction from the governor’s office on that, because it’s going to be really hard to run a volleyball game outdoors when you don’t have the proper equipment for outdoors.”

Swimming could also be done in outdoor pools, but those would need to adhere to MHSAA standards, limiting possible venues around the state.

A total of 34,219 student-athletes played football at MHSAA member schools during the 2019 season on 520 11-player and 83 eight-player teams.

The Get Around Ep. 128 — Cody Inglis, MHSAA assistant director

SUTTONS BAY — Jake Murphy completed a 20-yard pass with a casual aside.

'Everybody loved the guy': Bellaire tries to move on after Robinson's passing

Traverse City St. Francis could air it out more

Cook: A trip down the road less traveled

FRANKFORT — Shane Pennington shook off tacklers like he did to COVID-19.

Cook: Preps finally back on the calendar

THOMPSONVILLE — A few new rules and guidelines didn’t deter 65 girls golfers at all.

TRAVERSE CITY — Players, coaches and athletic directors across the state still sit in limbo while awaiting an official decision from the Michi…

Lake Leelanau dives back into volleyball

LAKE LEELANAU — It’s been well over 40 years since Lake Leelanau St. Mary fielded a volleyball team of its own.