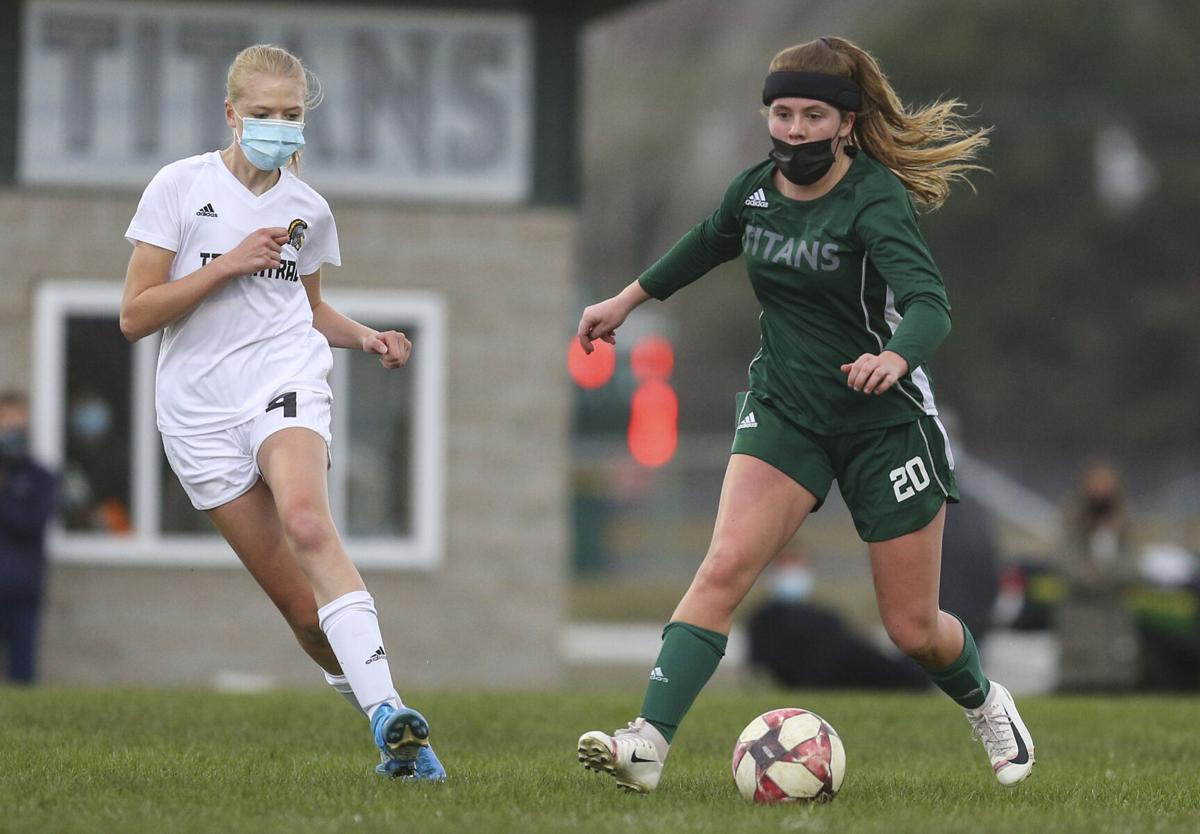 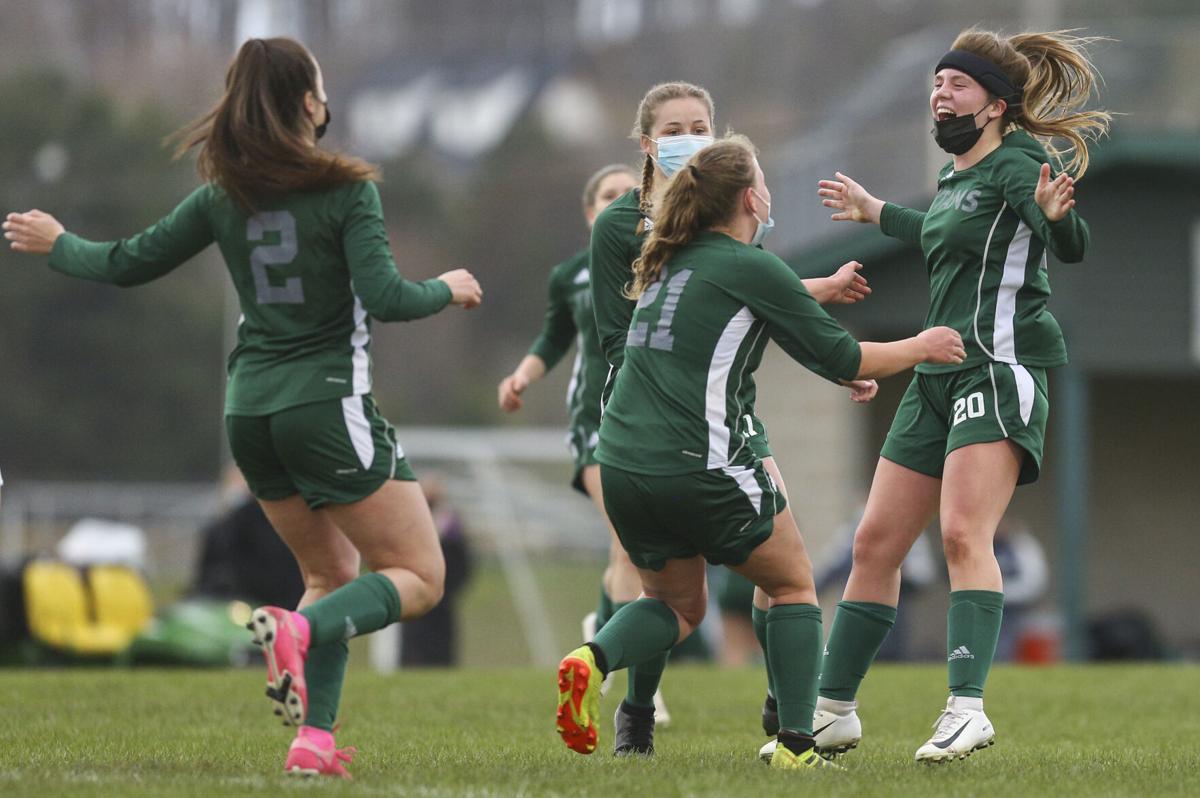 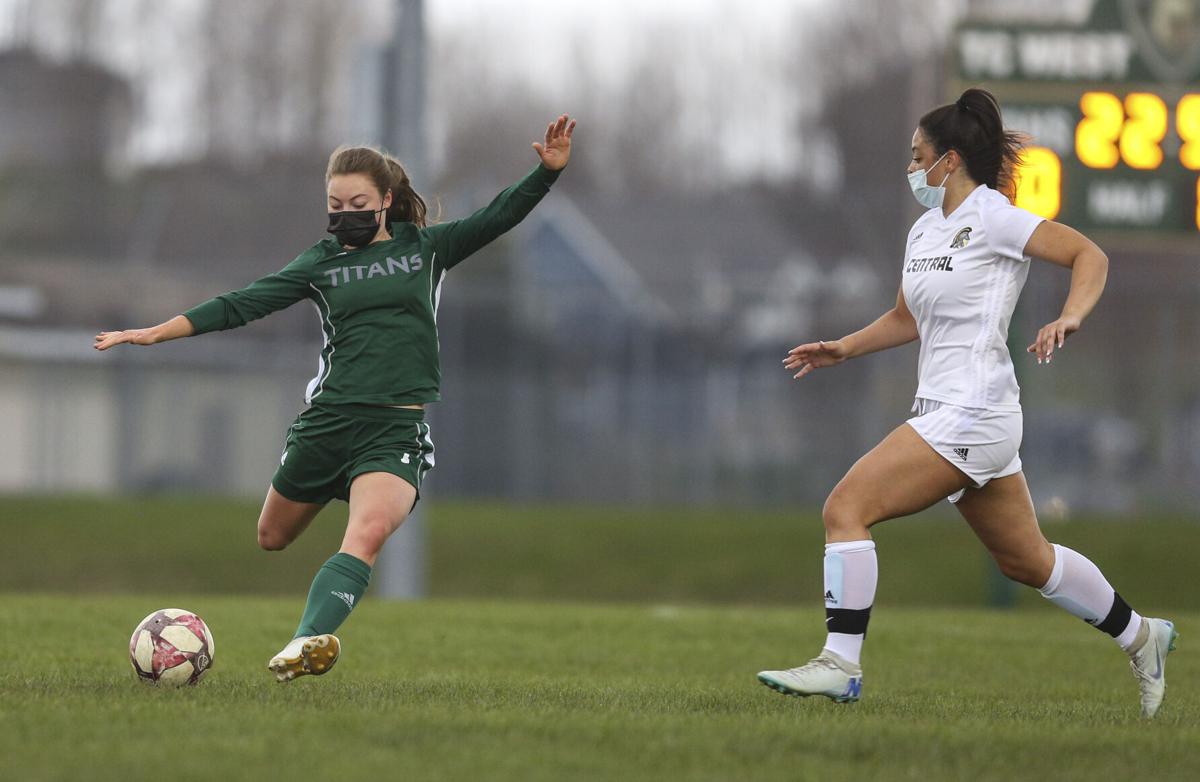 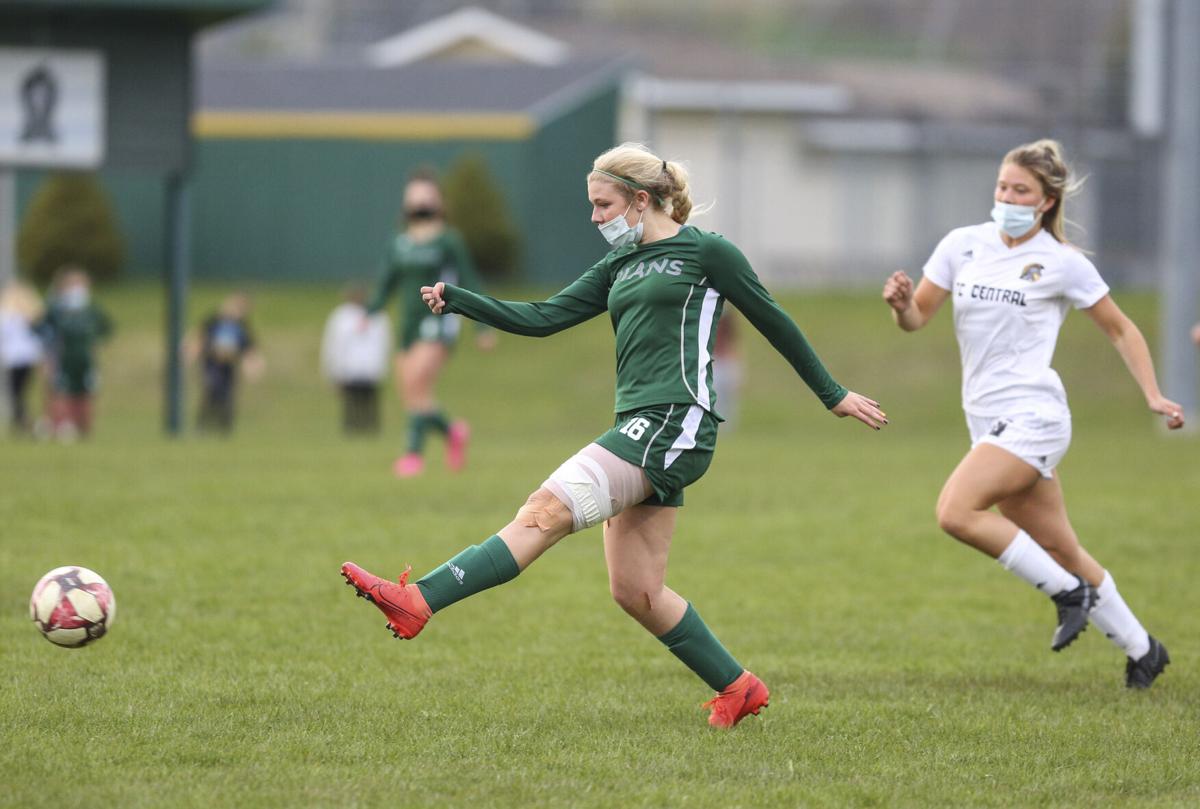 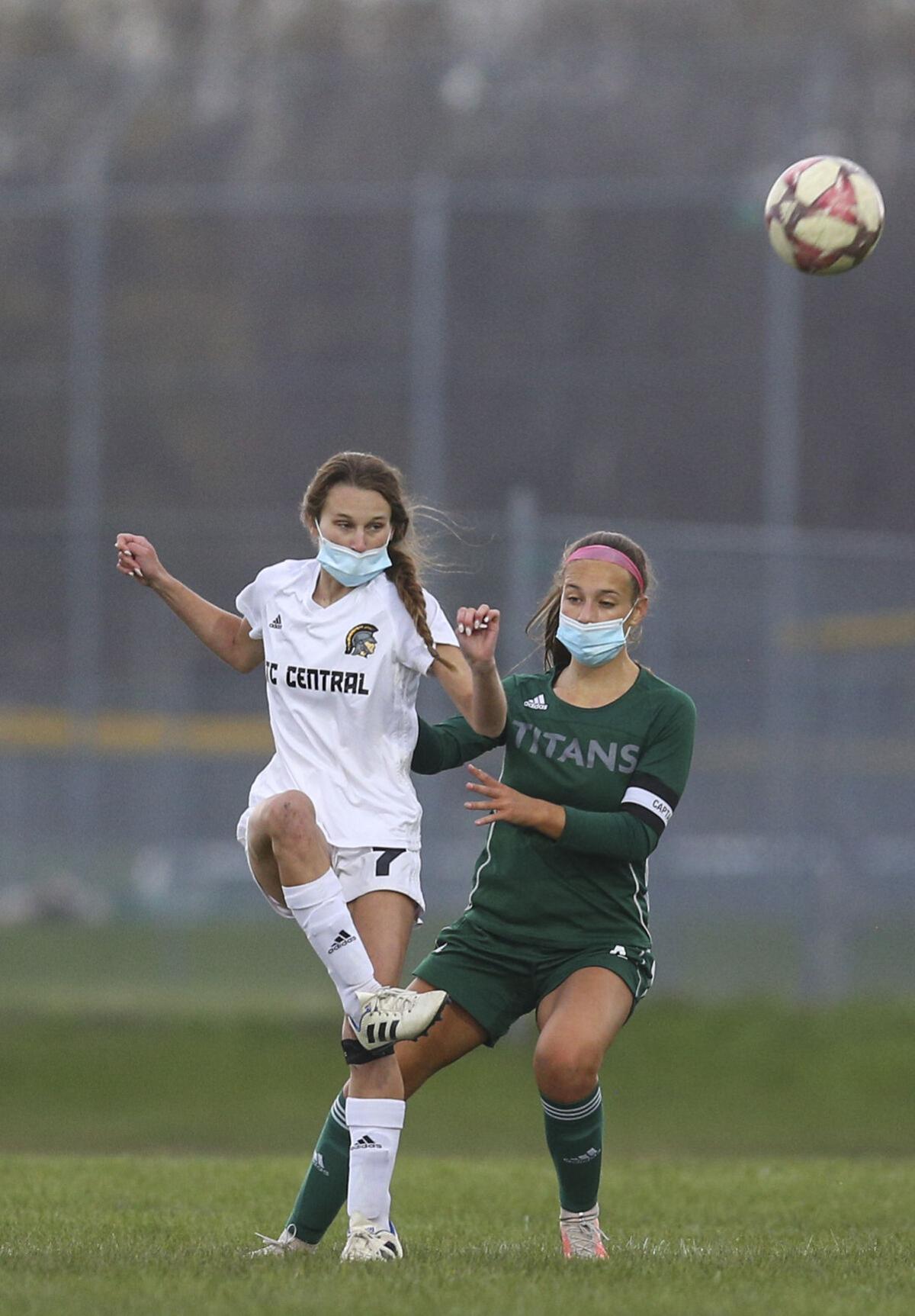 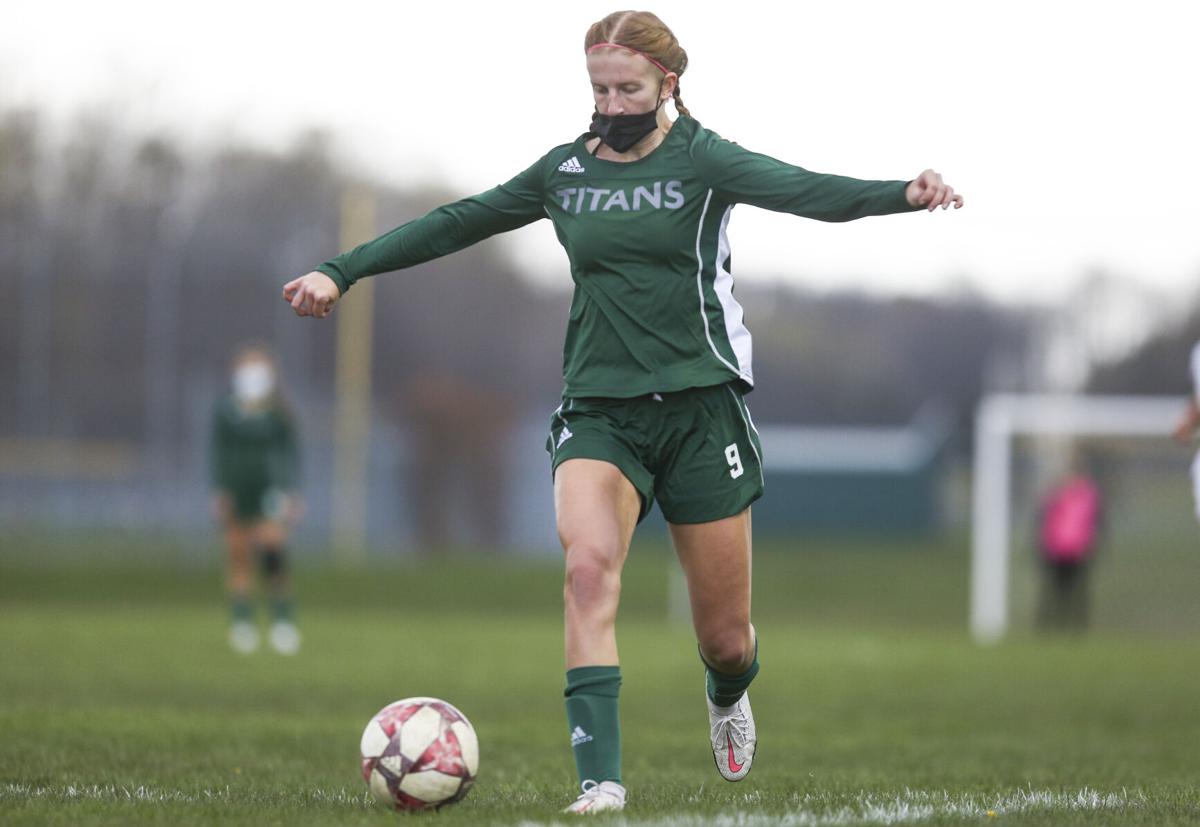 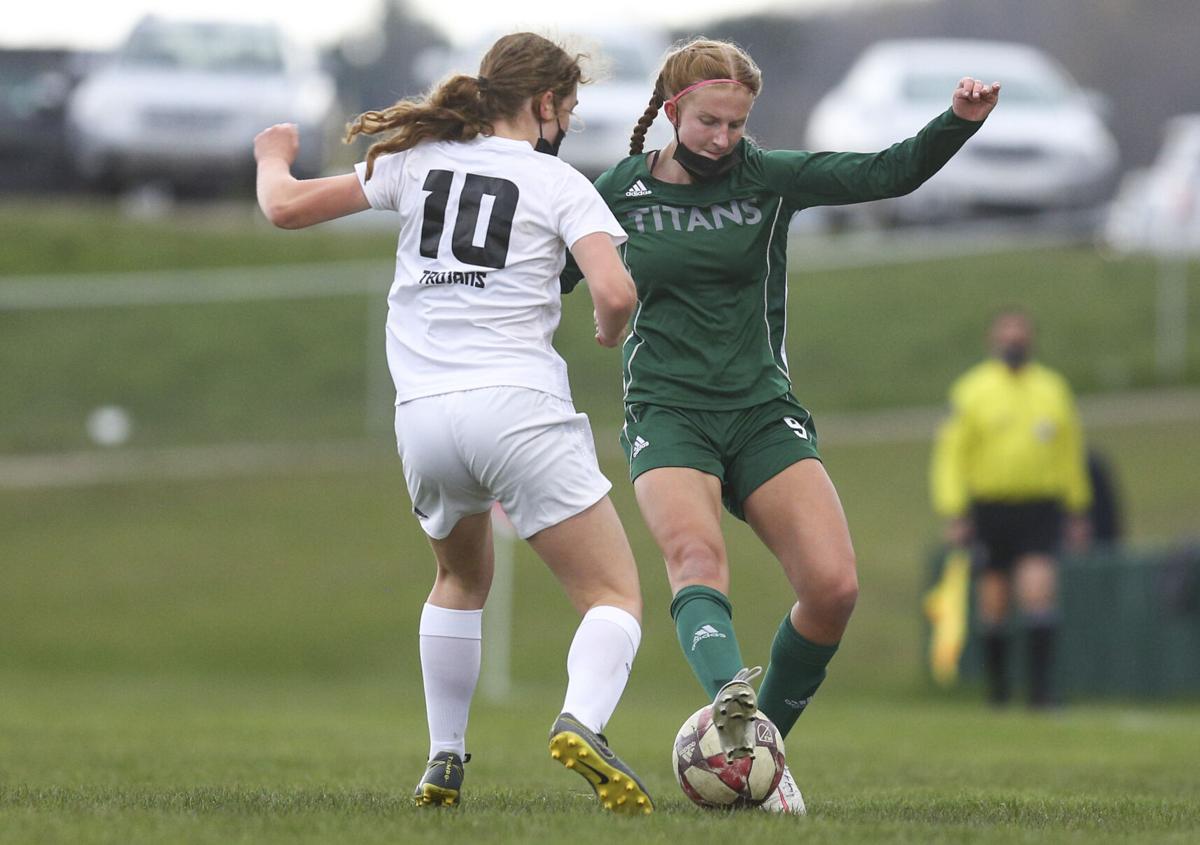 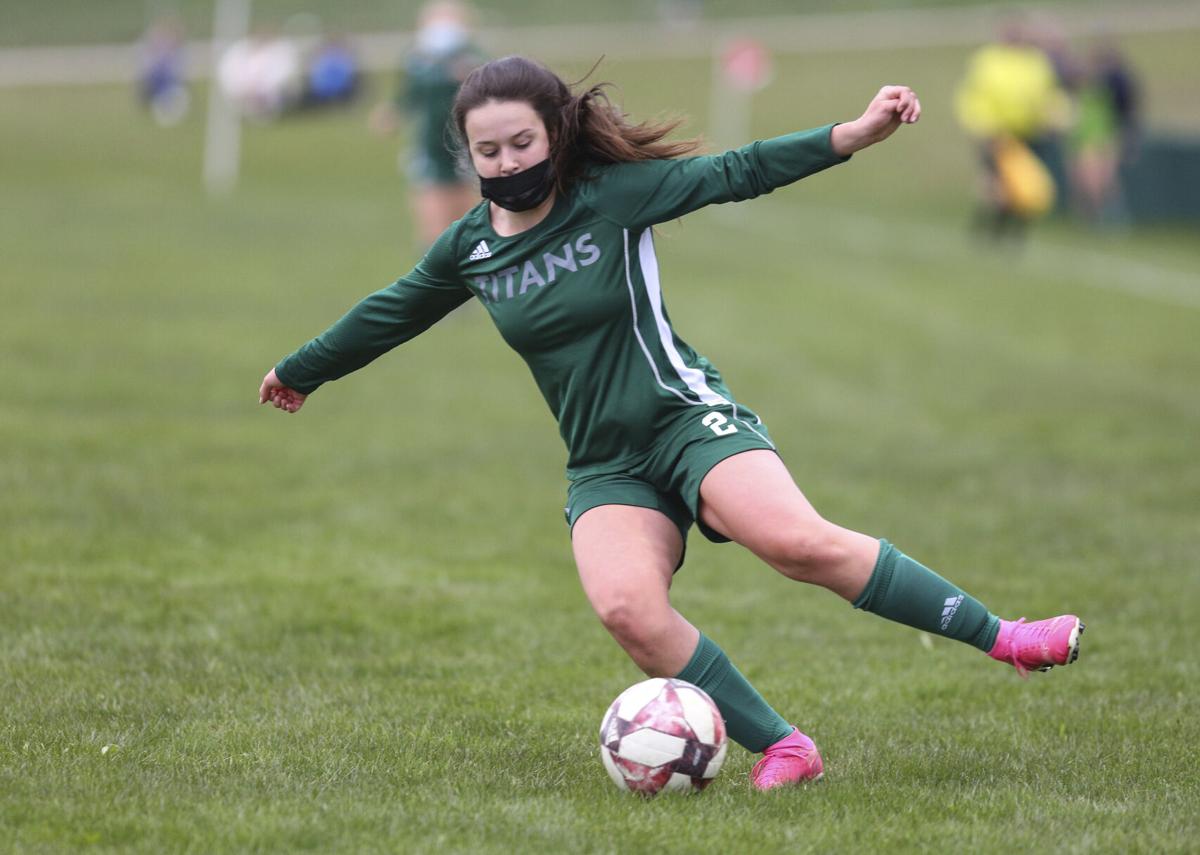 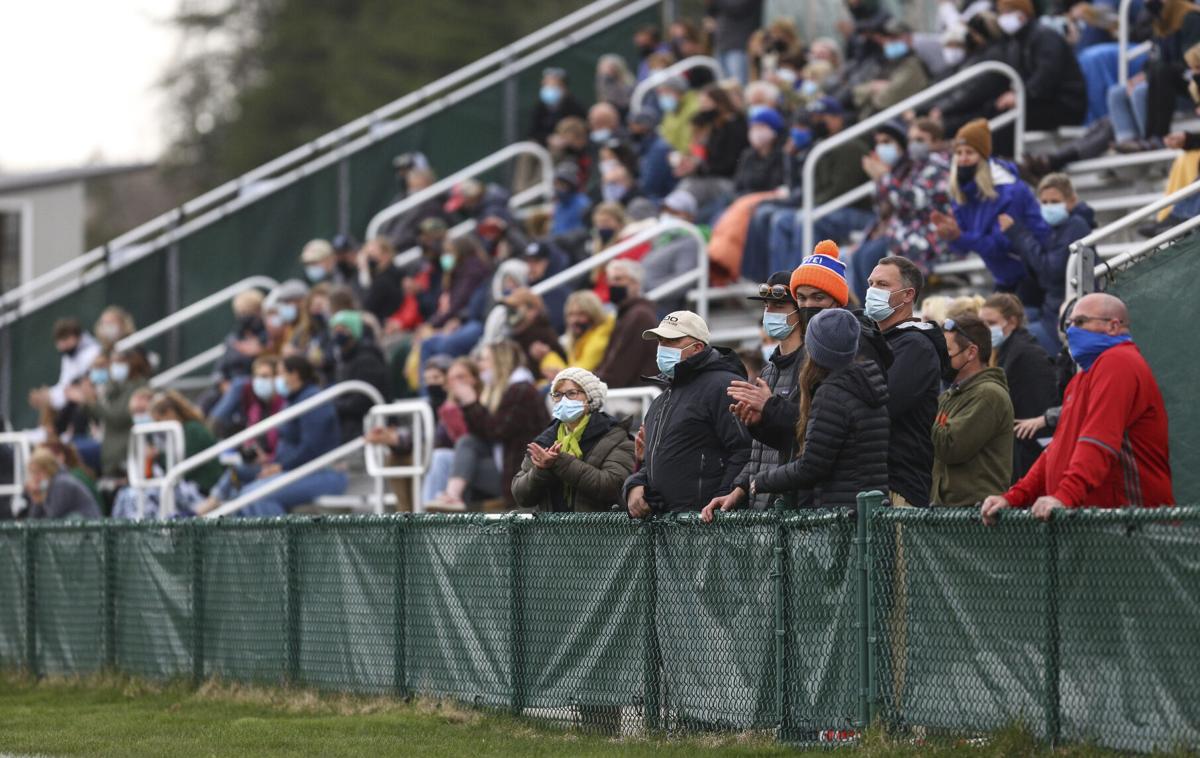 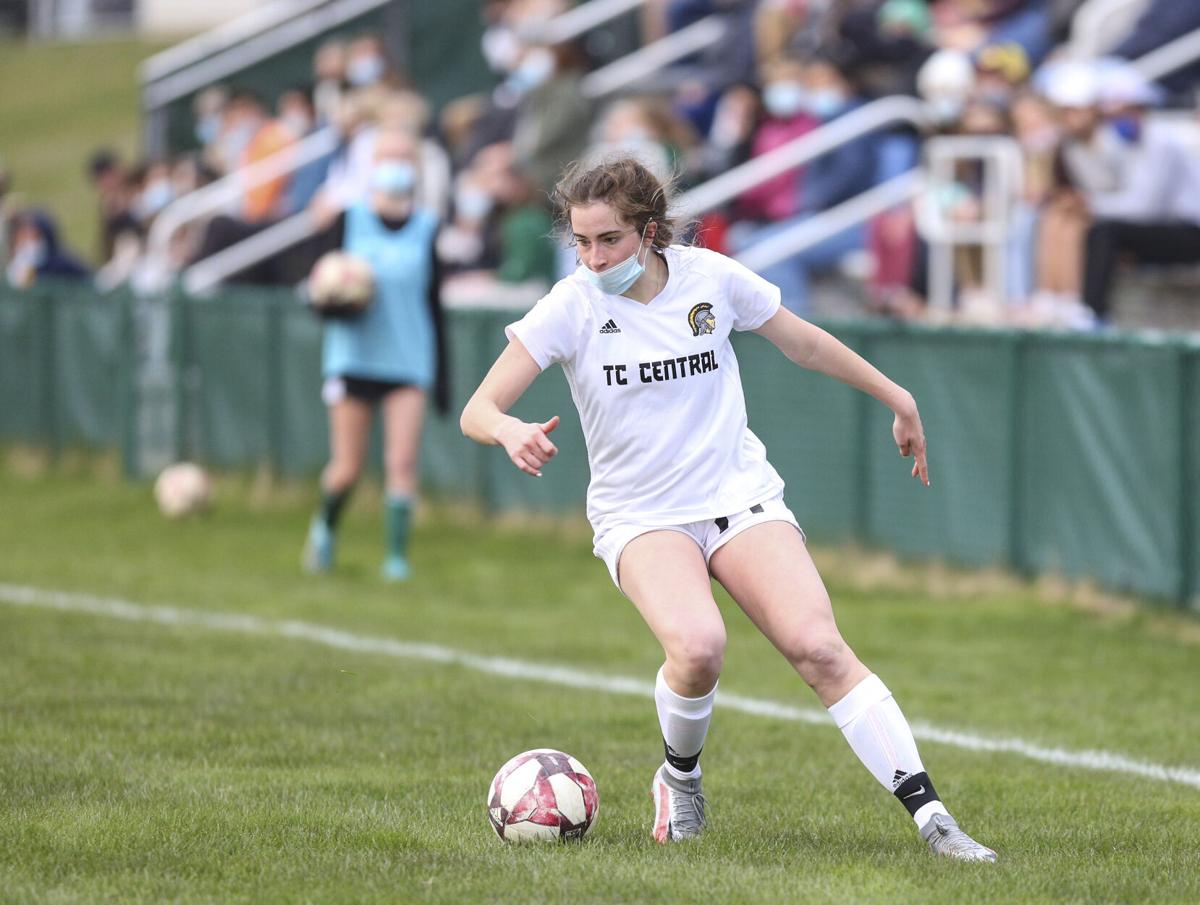 The delayed spring sports start along with a late finish for the Titans’ basketball program left Wojtanowski with a few holes in her offense. Juniors Ally Jo McKenna and Quinn Disbrow came to the team late after playing basketball this winter and helped bring more balance to the Titans’ attack.

McKenna and Disbrow each netted a goal in the first half of a 3-0 victory over Big North Conference rival Traverse City Central at TC West Tuesday night.

Fellow junior Amelia Blume added the third goal with just over 25 minutes to play in the game to push TC West to 2-0 in BNC play.

“It’s been fantastic because Quinn (Disbrow) normally plays defense for us so we can rotate her up into the midfield and then put Ally Jo (McKenna) to play between the forwards and midfield,” Wojtanowski said. “Our team is super deep and I’m super proud of the girls that they change positions on the fly and we change formations on the fly.”

Changing the way these two teams play became a theme Tuesday, as both the Titans and Trojans threw varied attacks and defensive formations at their opponent throughout the night.

TC Central head coach Charlie Needham said he’s been trying to experiment with new formations on offense and defense to help mold to his new athletes but his team took some lumps Tuesday.

“I’ve been trying to risk some changes and things with information in practice, and we can see from first half, it didn’t prove fruitful,” Needham said. “I’m definitely gonna take that on me. Ultimately we were taking some risks, we wanted to try some things while it’s still kind of early in the season. I feel we had to try and get our feet under us.”

It took about 20 minutes for either team to get an offensive flow going. The Titans began to find their stride when McKenna made a spinning kick from just outside the top of the box after finding the ball on her feet from a deflection. McKenna found the bottom right corner of the net over the outstretched hands of TCC keeper Annie Ferguson as she dove to the ground with 19:26 to play in the first half.

“It takes time for us to get into the game sometimes,” Disbrow said. “We definitely work on relying on each other a lot more. With Jaelyn (Dobrowolski) we would just get it to her and repeat. We work together a lot more as a team up top, which I think is a great thing just to get that confidence.”

Disbrow added her own goal 12 minutes later off a rebounded corner kick that she found back at her feet about 40 feet into the corner that she bent into the corner for an unassisted goal. The Titans took the 2-0 lead into halftime and kept contain on defense following the break.

“I think that’s puzzled a lot of the teams that we played so far since traditionally at the high school level you see a lot more sparky defense, a lot more chasing people on their heels,” Wojtanowski said. “We are a little bit more of a compact unit settling in and countering. I think for us it’s a big focus, we can contain the ball, and possess out of our back as opposed to just playing direct.”

Every Titan player on the varsity roster saw playing time in the first rivalry game between these schools in nearly two years. Wojtanowski said her team’s depth is a strong suit this year and the fact she can trust everyone on her roster to play in such a big spot speaks volumes of their composure.

Each of these teams lost prolific scorers from two seasons ago and have been looking to new faces to produce offensive firepower. Blume and McKenna have been driving forces up from all season and Blume’s defender-splitting goal showed skill at multiple levels for the Titans. Blume’s goal was assisted by Lila Warren.

The shutout marks the third of the season for Emily Bohrer and moves the Titans to 3-1-2.

Needham said he plans to raise expectations in practice to bring out another gear in his team. The Trojans fall to 2-4-1 on the season and 0-2 in BNC play.

THOMPSONVILLE — The TC Tee Off trophy is staying in Traverse City for once.

Schuba takes over as interim coach at Davenport

GRAND RAPIDS — It didn’t take very long. And for those surrounding Travis Schuba, it didn’t …