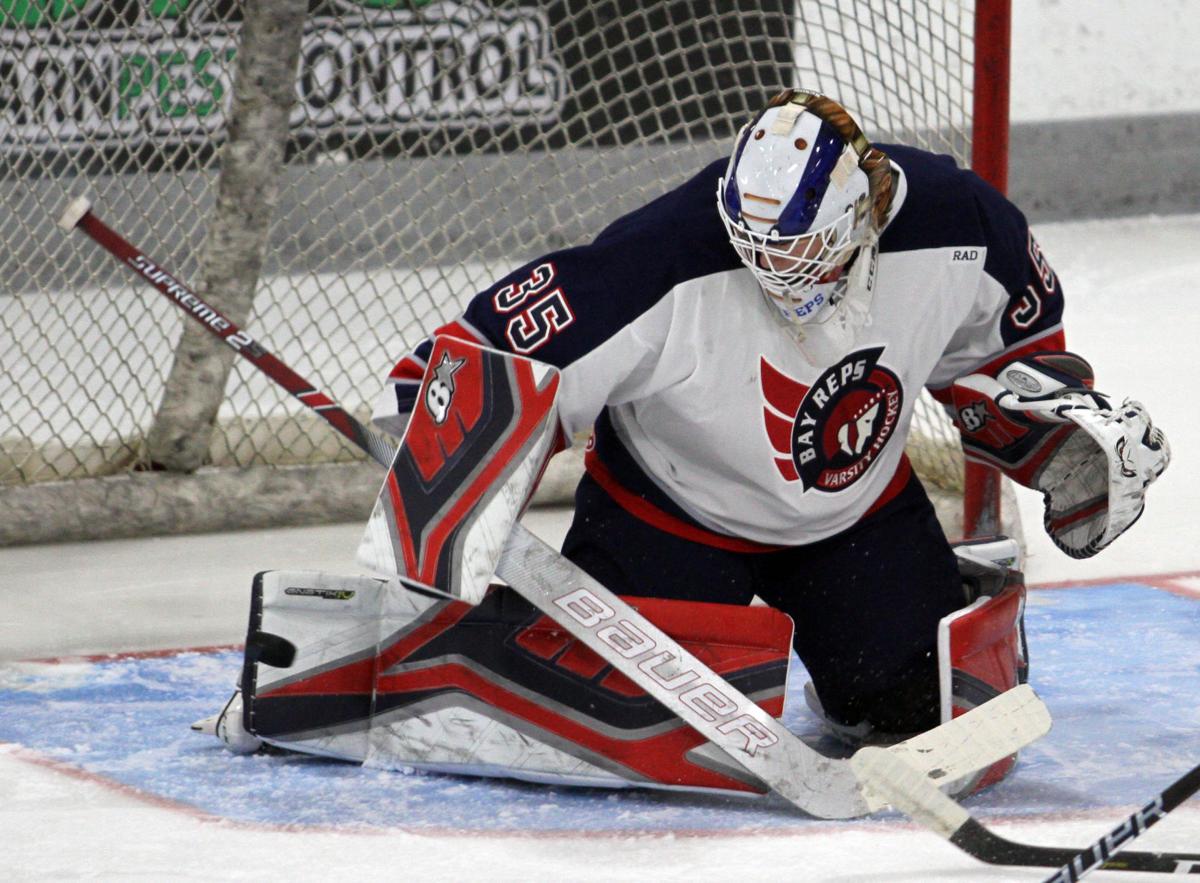 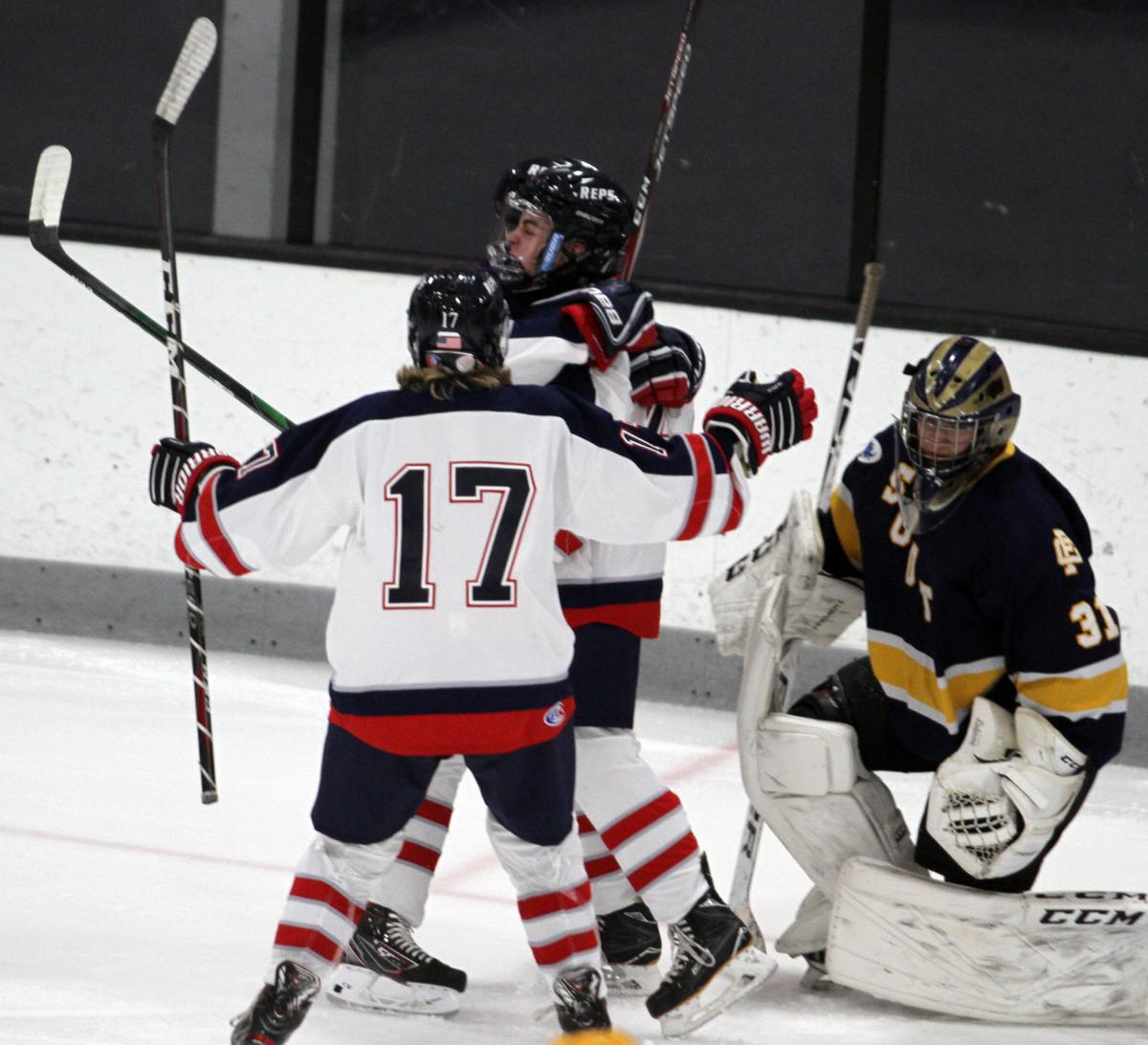 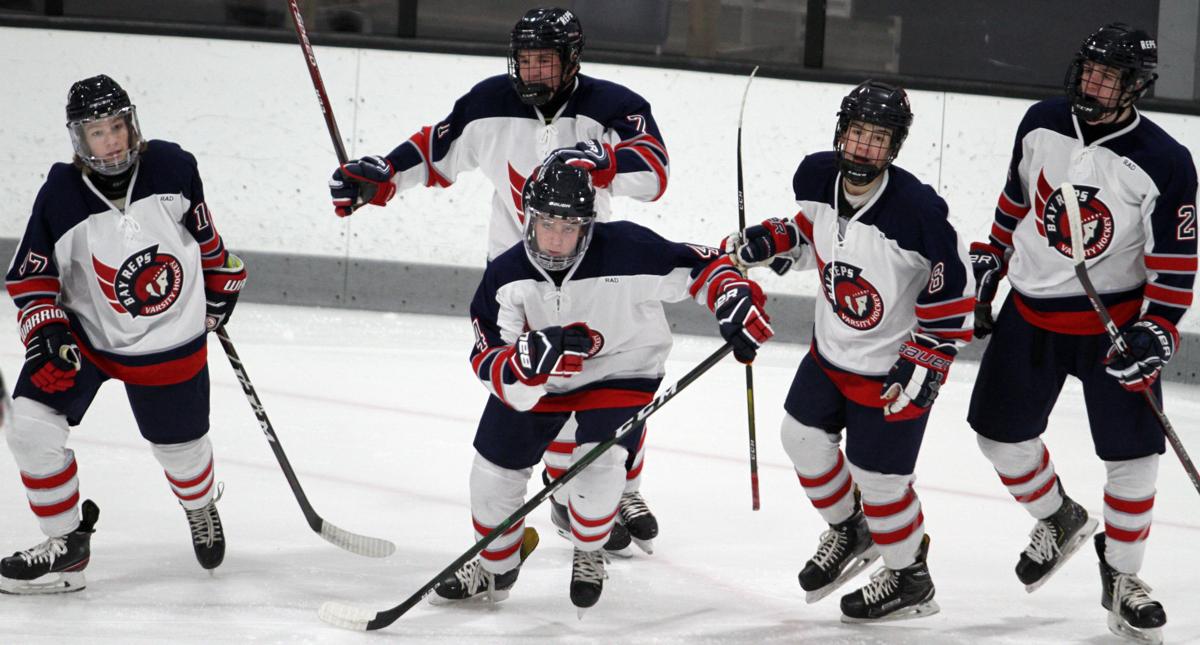 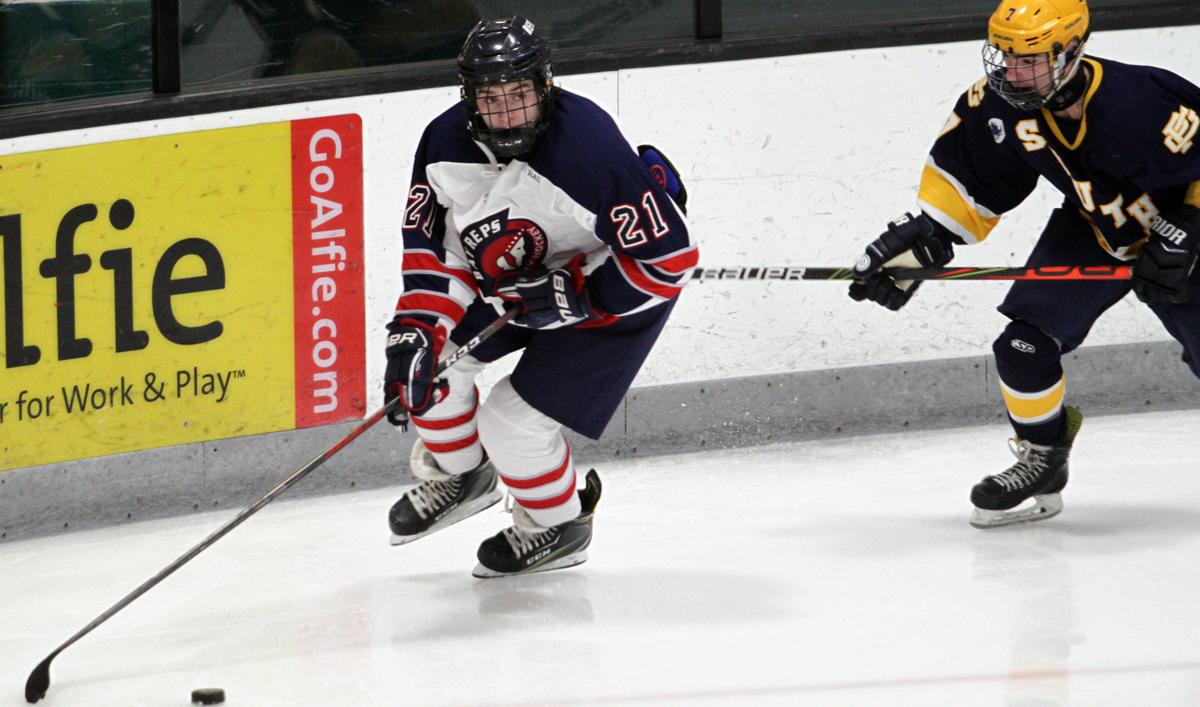 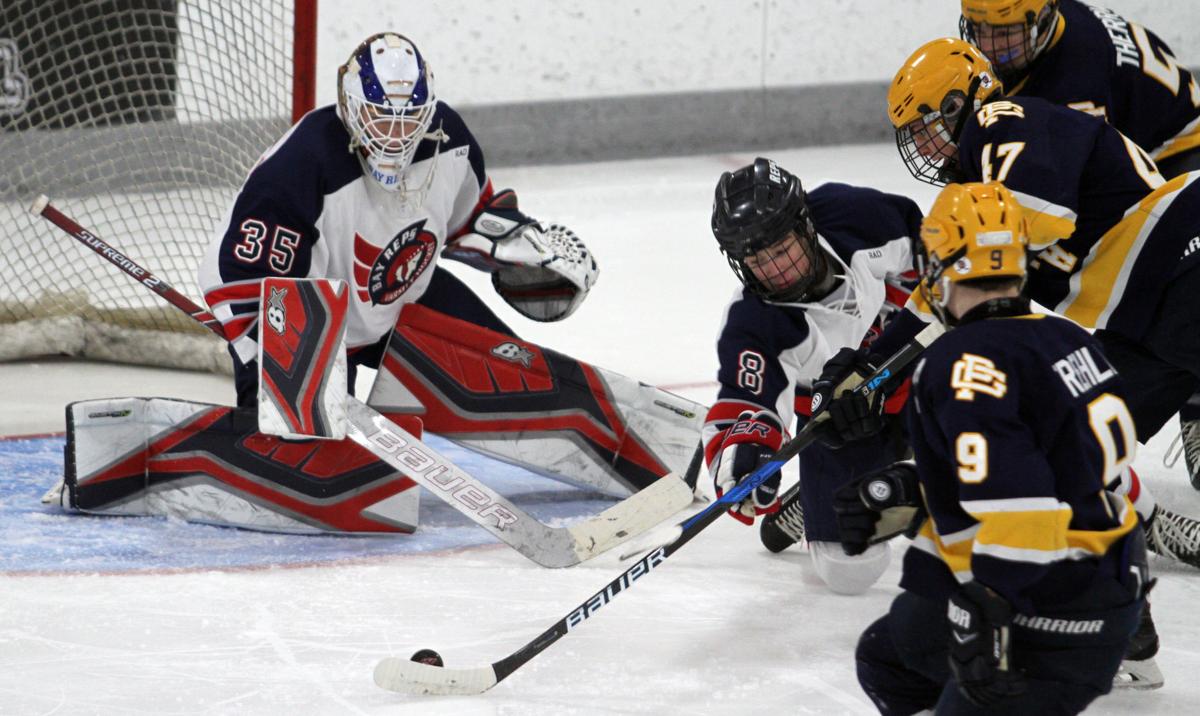 TRAVERSE CITY — The period part of the scoreboard was stuck on two during much of the third period Saturday at Centre Ice Arena.

The Bay Reps could only hope the first period didn’t count and it indeed was just the second period.

But that wasn’t the case as Grosse Pointe South (6-1) scored five first-period goals in a 7-2 victory to give the Reps (4-1) their first loss of the season.

“It’s good for us,” Reps head coach Mike Matteucci said. “It’s good to play a team like that, especially at this point in the season. We’ve had some success early on, but we haven’t played a team of that caliber. I had a feeling that something like this could happen if we weren’t prepared and I don’t think we’re ready, mentally.”

The Eagles — whose only loss is a 3-2 overtime setback to No. 3-ranked Trenton — took just 46 seconds to light the lamp.

Keegan Spitz ended up with four goals, Aaron Vyletel two and Alexander Miciuda one for South.

Gabe Classens cut the deficit to 2-1 at 6:56 into the first, but Grosse Pointe South quickly answered 10 seconds later on Vyletel’s goal and then added two more from Spitz as he completed a first-period hat trick. Aaron Ackerson drew an assist on Classens’ goal.

Kaleb Miller scored off assists from Ackerson and Ben Polomsky 10 second into the second period for the Reps’ only other goal.

Judd Miller made five saves on 10 shots, although the Eagles generated very good looks against a shell-shocked Reps defense. Sophomore goalie Mack Barnard came on with five minutes left in the first period and made 23 saves over the next 39 minutes as the Reps played much more competitively in the second and third stanzas.

“We did some good things, especially later in the game but you have to start right from the beginning,” Matteucci said. “They made us pay every chance they had.”

The Reps travel to Grand Haven and Division 1 No. 8-ranked Holland West Ottawa next weekend.

Ackerson and Barnard were two of the bright spots, Matteucci said.

“It was nice to see a young player in sophomore Aaron Ackerson on defense,” Matteucci said. “He had a phenomenal game, and got two assists, but what I really noticed is that he had a fight in his game right off the bat, whereas most of us were very tentative and looked a little bit scared to start this game. Aaron wasn’t. He was all over the ice for us.”

Grosse Pointe South also used two goalies, as the Reps’ were being outshot 15-2 during the second period and both shots resulted in scores. Re’mi Faussie’ came on in relief of starter William Strickler, playing the final two periods. Each allowed one goal.