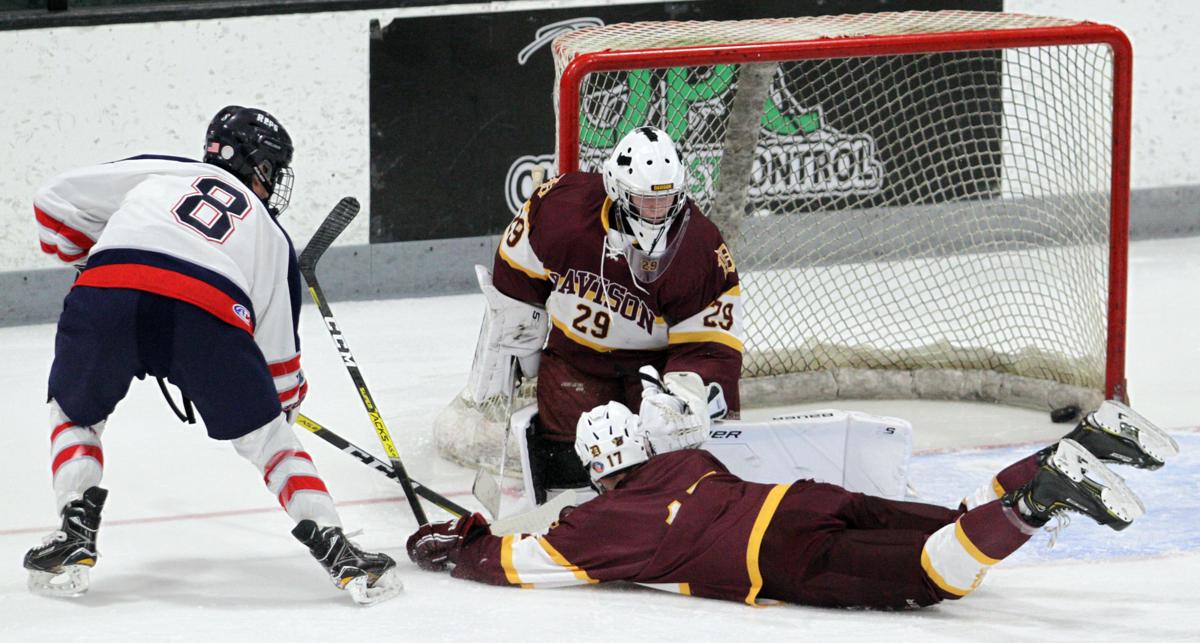 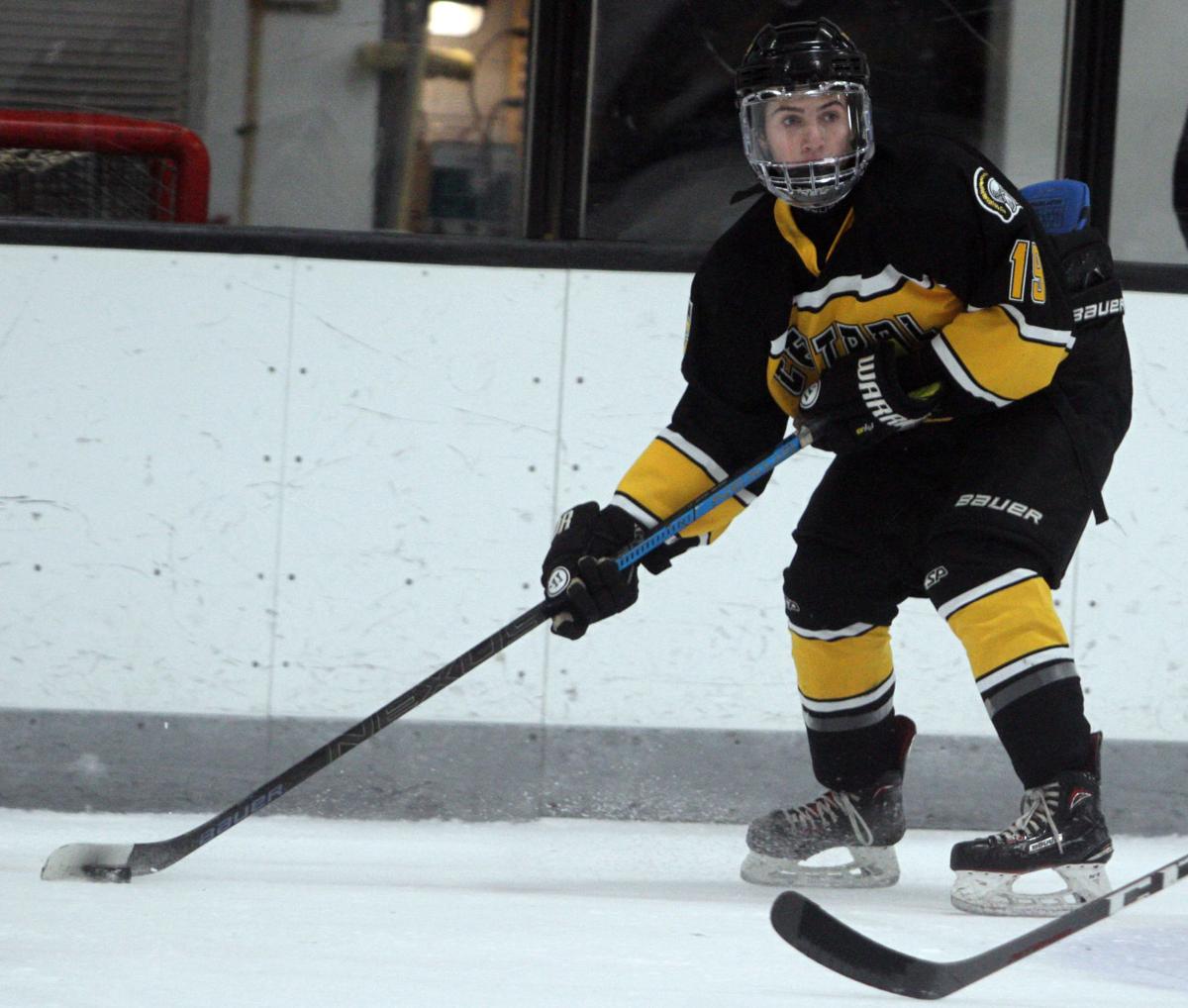 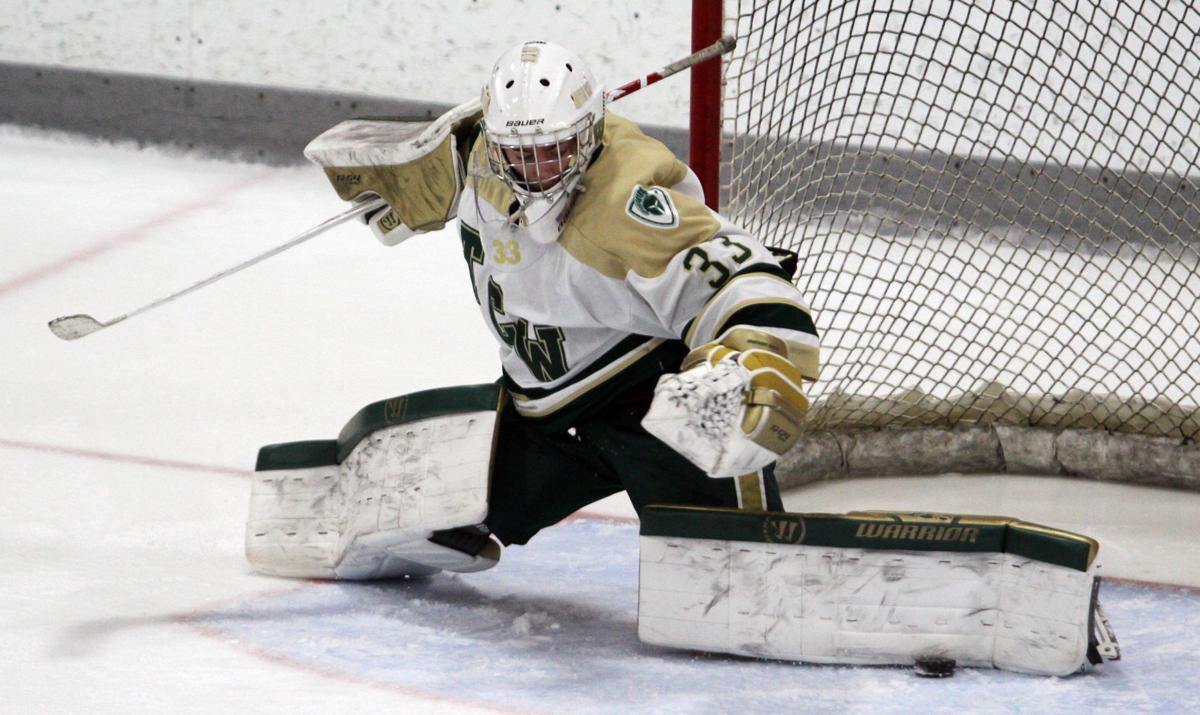 Lawson stopped all 18 shots he faced — less than 24 hours after making 33 — as the Reps beat a top-20 team for the second consecutive day, downing Division 2 No. 19 Davison 4-0 in Saturday’s final round of the three-day Rick Deneweth Memorial North-South Showcase at Centre Ice Arena.

“The team has been playing great in front of me, holding them to very few scoring opportunities,” Lawson said. “It feels good to come up big when they need me.”

The Reps (12-3-1) controlled the vast majority of the game, skating to a 3-0 lead in the second period after a scoreless first, and playing the entire third period as if they were on the power play.

Only five of 23 teams posted 2-0 records in the tournament — the Reps, Livonia Stevenson, Saginaw Heritage, Kingsford and Midland Dow.

Traverse City Central (11-2-2) rebounded from a loss Friday to highly-ranked Livonia Stevenson to post a 6-3 victory Saturday over Woodhaven (7-7-0), a team ranked No. 12 in Division 2, as Nick Sommerfield logged his first hat trick of the season and second of his varsity career.

“It’s definitely a confidence booster because when I started going, my teammates start making plays, too,” Sommerfield said. “Then I just feel like everything starts clicking. Just a real good boost for our team. We were fired up because our rule is we never lose two in a row. So we knew we had to win this one, so I came out with a lot of energy and potted one early there and then I feel like everything just fell into place.”

Sommerfield scored the game’s first two goals, in the first and last minute of the first period. Fifty-six seconds into the game, he gave the Trojans a 1-0 lead with an unassisted score, then doubled that lead with 56 ticks left before the first intermission, with assists by Chris Usiondek and Hunter Folgmann.

Drew Swanson added a second-period goal off a Will Dawson assist, and Usiondek and Charlie Douglass extended Central’s lead to 5-2 before Sommerfield completed his hat trick with 5:26 remaining with another unassisted goal. Kelly Kuhr assisted Douglass’ score.

“I was talking to Sully (Woodhaven coach Bryan Sullivan) before the game today and I was like, ‘You know, I wish games like last night games like today,’” Central head coach Chris Givens said. “I wish we could play those every night. I don’t know that we would win a lot of them, but it would be fun because I love that style. Between Stevenson, Woodhaven the Reps, we have a great part of our schedule because we know the opponents are really good and it’s just fun hockey to be a part of.”

The Trojans and Reps square off in next Saturday’s 6 p.m. Veterans Cup game back at Centre Ice.

“That’s two big wins this weekend and we just have to stay calm and keep winning big games like this throughout the season,” said Lawson, a junior. “I’m hoping we keep this momentum going into Saturday because that’s the biggest game of the year.”

The Titans, who tied Grand Rapids Christian on Thursday, couldn’t get their offense on track, and freshman goalie Mason West kept them in it with 24 saves on the Eagles.

“Big opportunity against a top-10 team in the state and we just didn’t have the jump that I felt like we needed,” West head coach Jeremy Rintala said. “It kind of felt like Thursday, one step forward, and then two steps back today.”