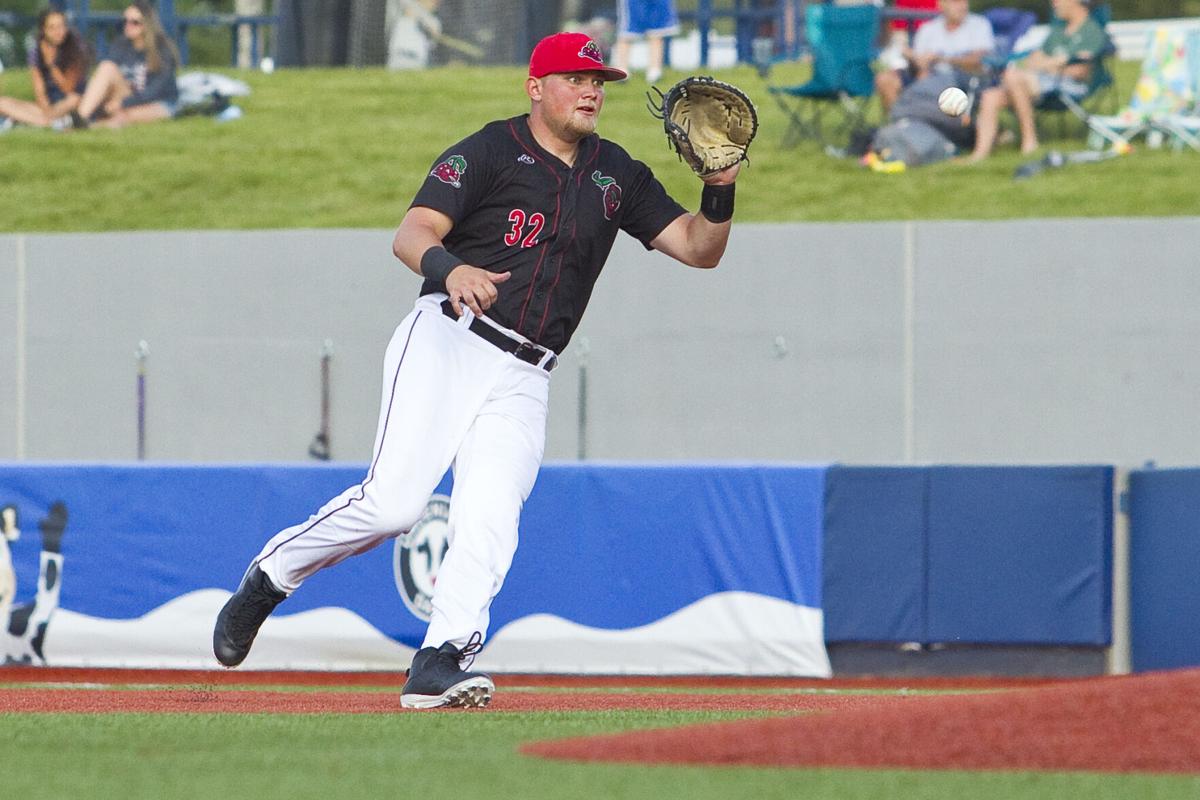 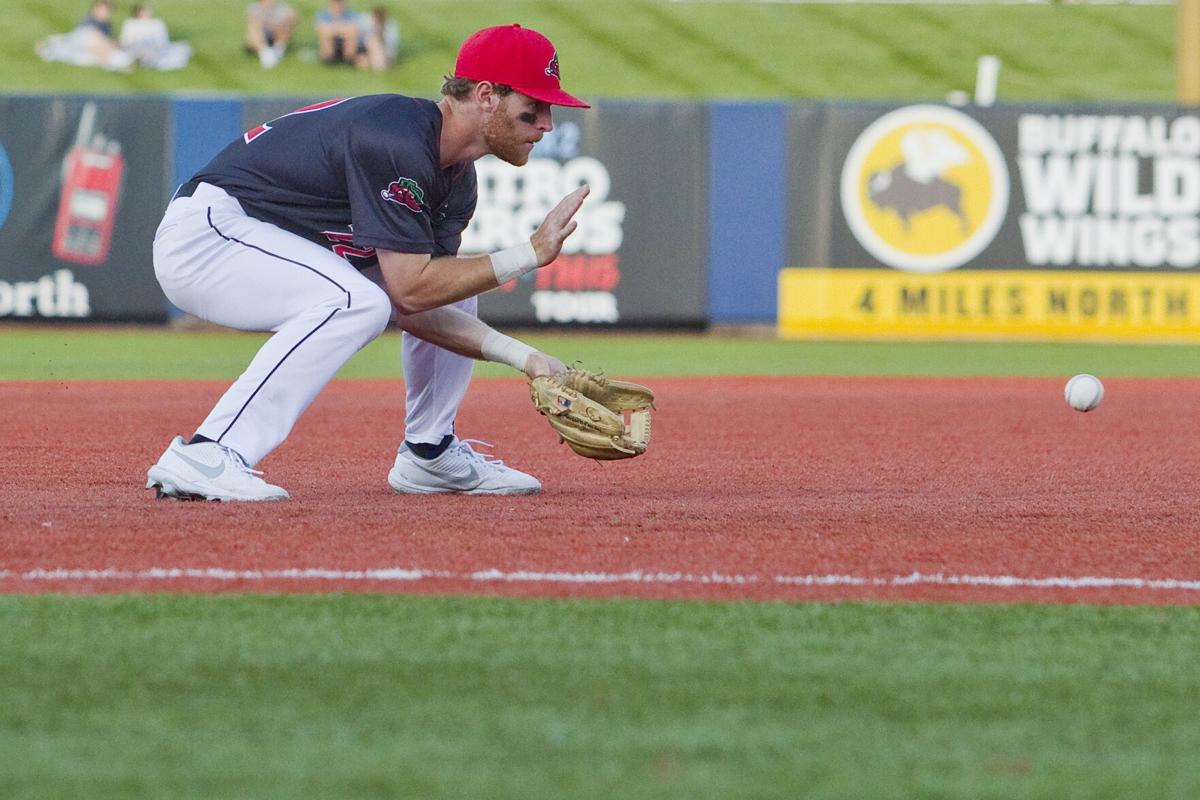 TRAVERSE CITY — The nature of the Northwoods League is usually pretty cut and dry.

Organizations fill their teams with the hottest, best new college prospects and player turnover from year to year is pretty constant.

The Traverse City Pit Spitters, however, are breaking that mold. The Spitters return seven players who will have spent the last three summers in Traverse City.

Even the chairman of the Northwoods League, Dick Radatz Jr., told Pit Spitters’ general manager Mickey Graham what’s happening in Traverse City is highly unusual in a league that’s been around since 1994.

“It’s very untypical for that many people to return for a third year,” Radatz Jr. said. “For the Pit Spitters to retain those numbers is incredible. But with that Traverse City atmosphere, there are very few places that you can go in the country during the summer that are better.”

That special combination of development, facilities, area, atmosphere and a winning culture have made northern Michigan an attractive destination for some of the country’s top talent.

“I think the word is getting out about the culture that Josh (Rebandt) is building and promoting here,” Graham said. “Guys are asking to come here.”

Evan Gates, a North Carolina A&T senior, sought a return to Traverse City for many reasons but, like many of his teammates, couldn’t quite decide what main reason spending summers in TC is so attractive.

“I had a buddy tell me to give it two or three years and it (TC) would be the hottest spot in the Northwoods League and it only took us one,” Gates said. “I think that’s on the management, the general manager, all the people who work here as well as our coaches and host families.

“It’s a really easy place to play baseball when you win a lot of games. But that’s not really the main emphasis here with this team. Our approach is really big on developing players and their main goal is to make sure that we are better baseball players whether we are here a week or a whole summer.”

Development is paramount in the Northwoods League and returners like Gates, Arnold and Madonna’s John Beuckelaere said the organization’s commitment to improving players is one of the main reason they continue to come back. Head coach Josh Rebandt created a culture in 2019 that focused on the team and developing players both on and off the field — which translated into a Northwoods League title in the team’s inaugural season.

“It’s relationship based coaching and its player to player,” Gates said. “They have the aspect of continually trying to develop guys not just purely when we are in practice but all the way down to the ninth inning of every game.”

Playing until the final out and finding a way to win is the ‘Pit Spitter Way’ according to the players and the returners welcomed the new guys with a walk-off victory on opening night that typified the culture.

Beuckelaere said the culture of winning that started in 2019 — a season that included a league-record 18-game winning streak — is another reason why they returned and a big point of emphasis when he talks to other college players about playing summer ball.

“This is obviously one of the tougher leagues in the whole country, and to be able to win here is something that I think really attracts guys here,” Beuckelaere said. “That combined with the stadium and organization it’s easy to come back and tell friends to come here, too.”

The player recruitment never ends for Rebandt or Graham and giving players a great experience with the Pit Spitters organization is free recruitment itself once they return to their respective schools across the country. Graham said his job is to make life “difficult” for Rebandt by giving him a large pool of high character, high skill ball players to choose from each season. Keeping facilities updated, the stadium in good condition, fans in the seats and wins on the board are all part of keeping players around. Being in beautiful northern Michigan during the summer is also a plus for some players who don’t get this type of weather.

“I would say No. 1 is the fans, No. 2 is the area and No. 3 is the coaches and their love and care for us and the game and our development,” Arnold, who lives in Georgia most of the year, said. “That just makes for a special mix of things that you can’t beat and you can’t find anywhere else in summer ball in my opinion.”

Beuckelaere said the Pit Spitters provide an experience that is “second to none.” The Madonna pitcher got a chance to experience the other side of the coin when he was a part of the Great Lakes Resorters during the bubble season in 2020. Beuckelaere stayed at Interlochen Arts Camp in the cabins with other players and played against the Spitters everyday last season. That was until he was called to the Spitters for the playoffs and asked to return this season after showing improvement as a Resorter.

The way last season played out also plays a factor for the players who were a part of the 2019 championship roster. Arnold said they didn’t feel like they got the full Northwoods League experience in 2020 and never got a real chance to defend their league title.

“2019 was a fairytale, we just kept winning and winning,” Beuckelaere said. “We’re back up here to keep winning and keep the culture of this organization moving in the right direction. I think that drives a lot of us to come back up here.”

“Josh builds great relationships with the college coaches and different college programs across the country that also kind of look for similar types of ballplayers,” Graham said. “It’s a different attitude than what a lot of other college wood bat league teams have. But it’s proven successful.”

The Pit Spitters also return four players who were on the 2019 title team but did not return in 2020 because of decisions surrounding COVID-19 restrictions. Michigan State University catcher Adam Proctor returns along with teammate and pitcher Wyatt Rush. Wofford’s Trey Yunger and Illinois-Springfield slugger Chris Monroe also made the choice to come back for a second season.