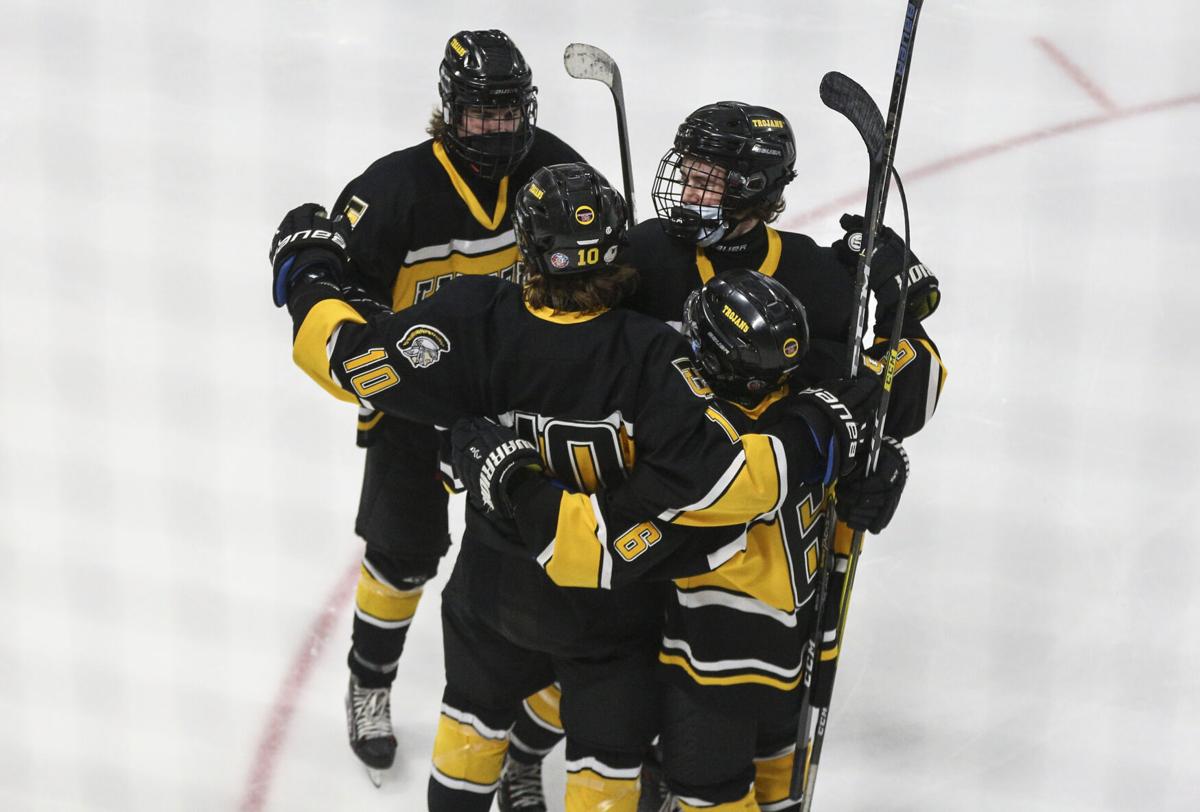 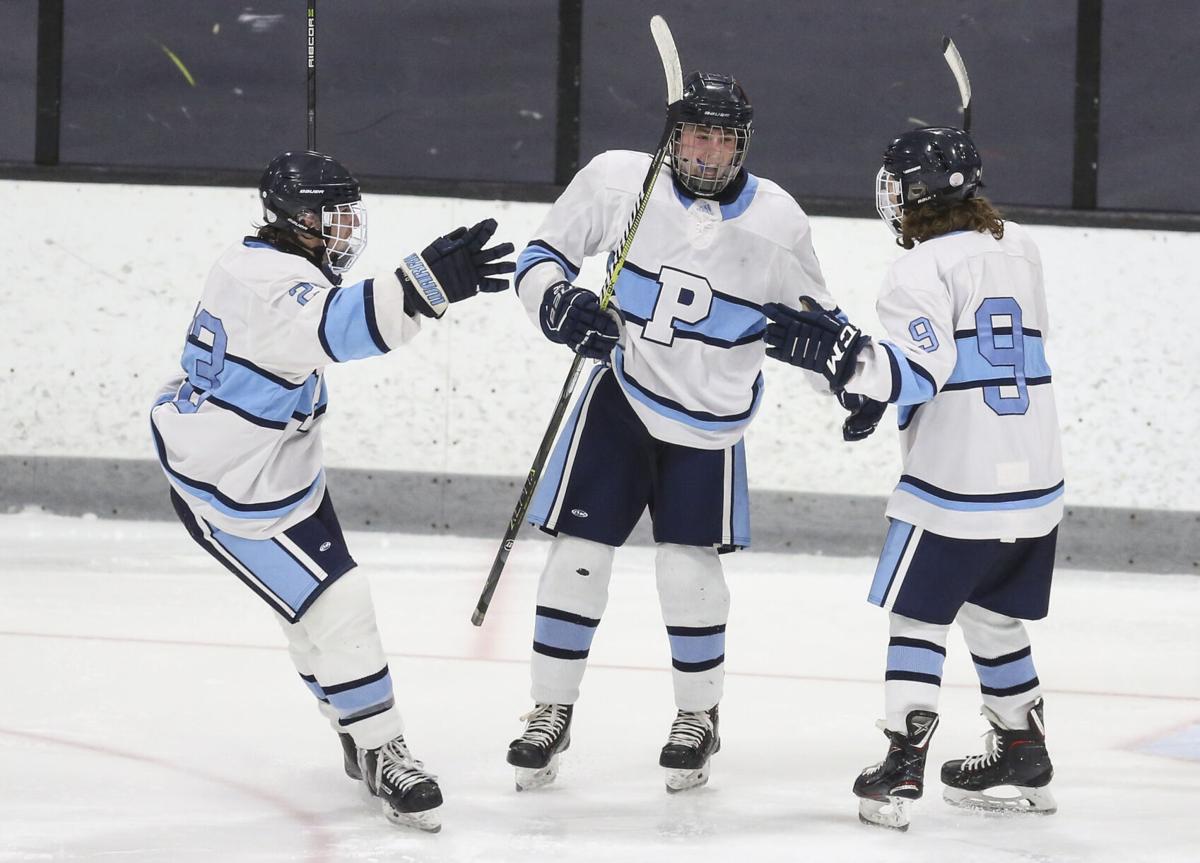 The Petoksey Northmen celebrate a goal at Centre Ice Arena in Traverse City on Saturday. 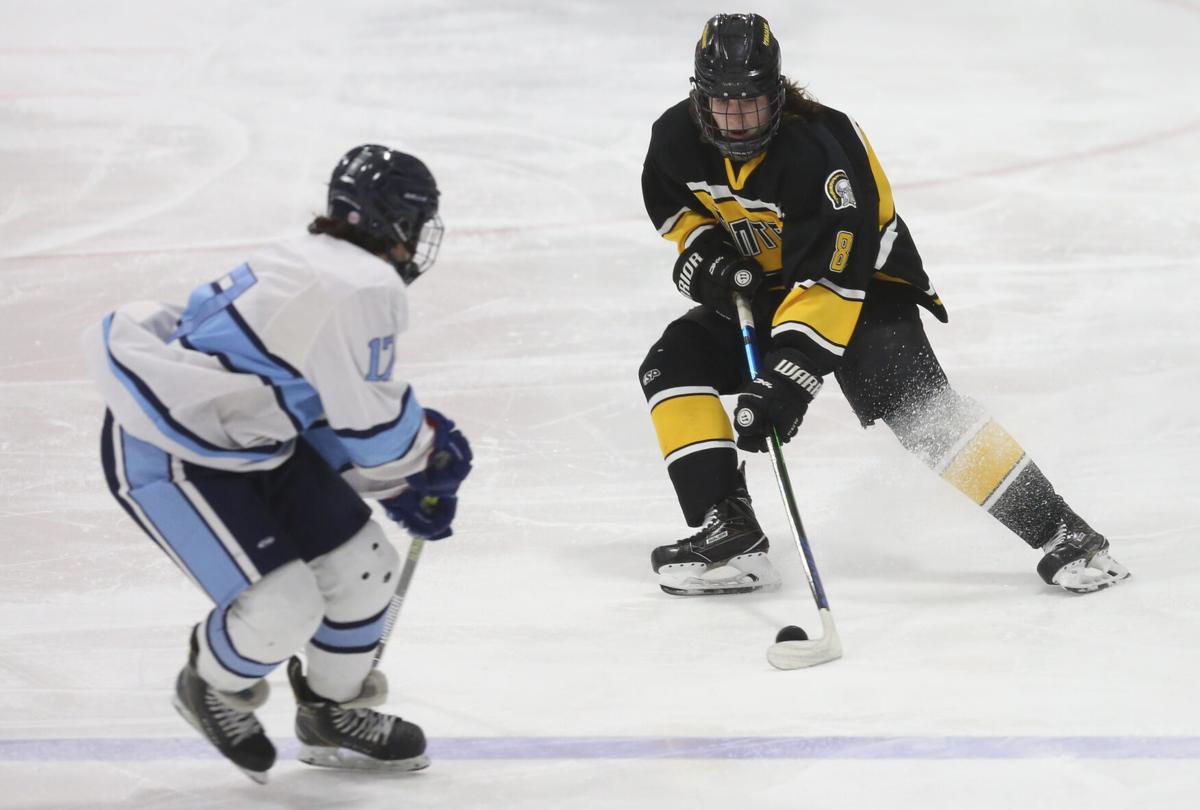 The Petoksey Northmen celebrate a goal at Centre Ice Arena in Traverse City on Saturday.

Peters struck off a Nathan Weber assist with 2:20 remaining Saturday at Centre Ice Arena, and the Trojans held the Northmen off the board the rest of the way to preserve the Division 2 regional championship.

"They're a typical Marquette team," Central head coach Chris Givens said. "They're highly-ranked, and not many have been able to beat them. We have to take better care of the puck. If we don't, they're going to take advantage of that."

Ethan VanderRoest scored unassisted in the second period, and Will Dawson added another later in that period off assists from Peters and VanderRoest.

Dawson scored his second of the day in the third period off a Peters assist.

Grant Neuhardt stopped 22 Petoskey shots for the victory in net.

The regional championship is the seventh in Trojans program history.

The Titans led 3-1 in the third period before the Rams scored twice in the final 3:48 and then again in the second overtime to avenge a loss to West earlier this season.

"We played really well," West head coach Jeremy Rintala said. "We just ran out of gas in overtime and late in the third."

Tyler Esman put the Titans up 1-0 in the first period and Brandon Meyers tacked on another unassisted goal in the third before Michael Schermerhorn's goal set up by Murphy Kehoe made it 3-1 with 9:50 remaining. Tyler Herzberg made 36 saves for West.

UP NEXT: The Bulldogs finished their season.

Next up for the Lady Lancers (9-3, 8-2) is a District Championship game Wednesday March vs. either Alba or Gaylord St. Mary’s. Ellsworth’s original first round district opponent Central Lake had to forfeit due to Covid quarantine protocol so Ellsworth advances to the district championship game.

Contact sport: Tracing a huge factor for many teams