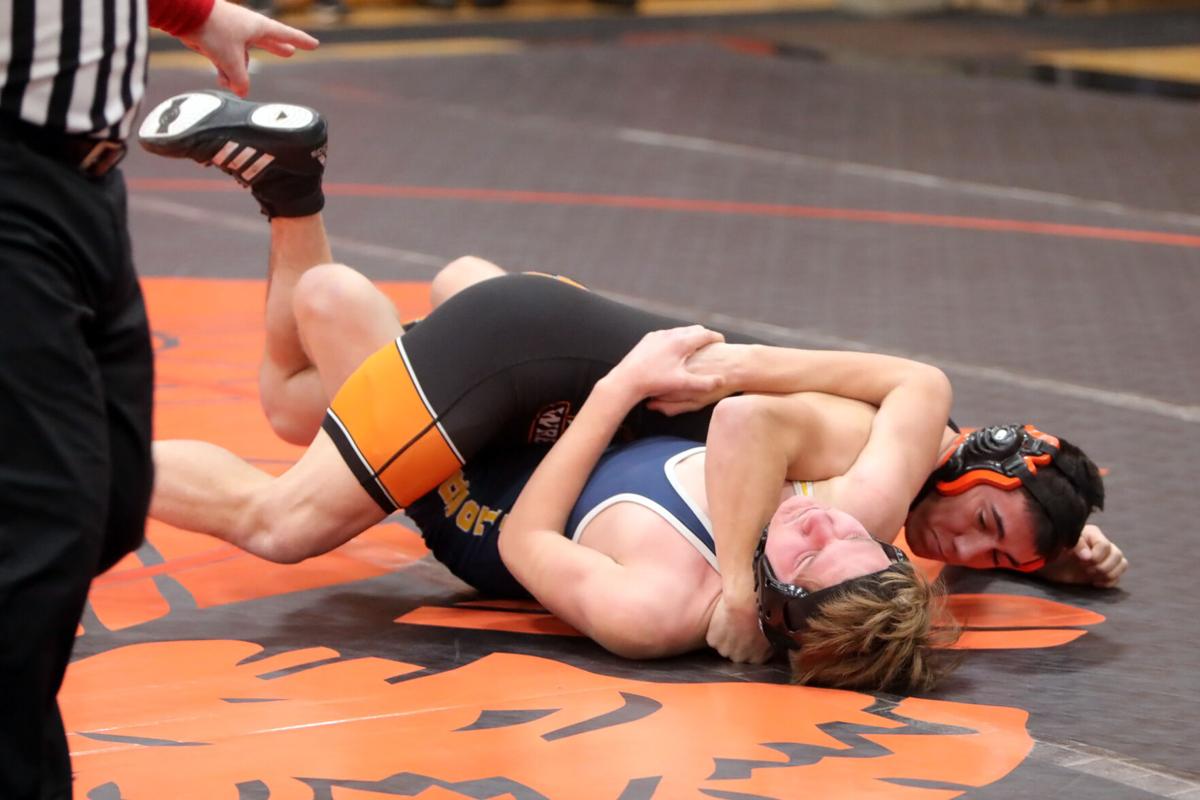 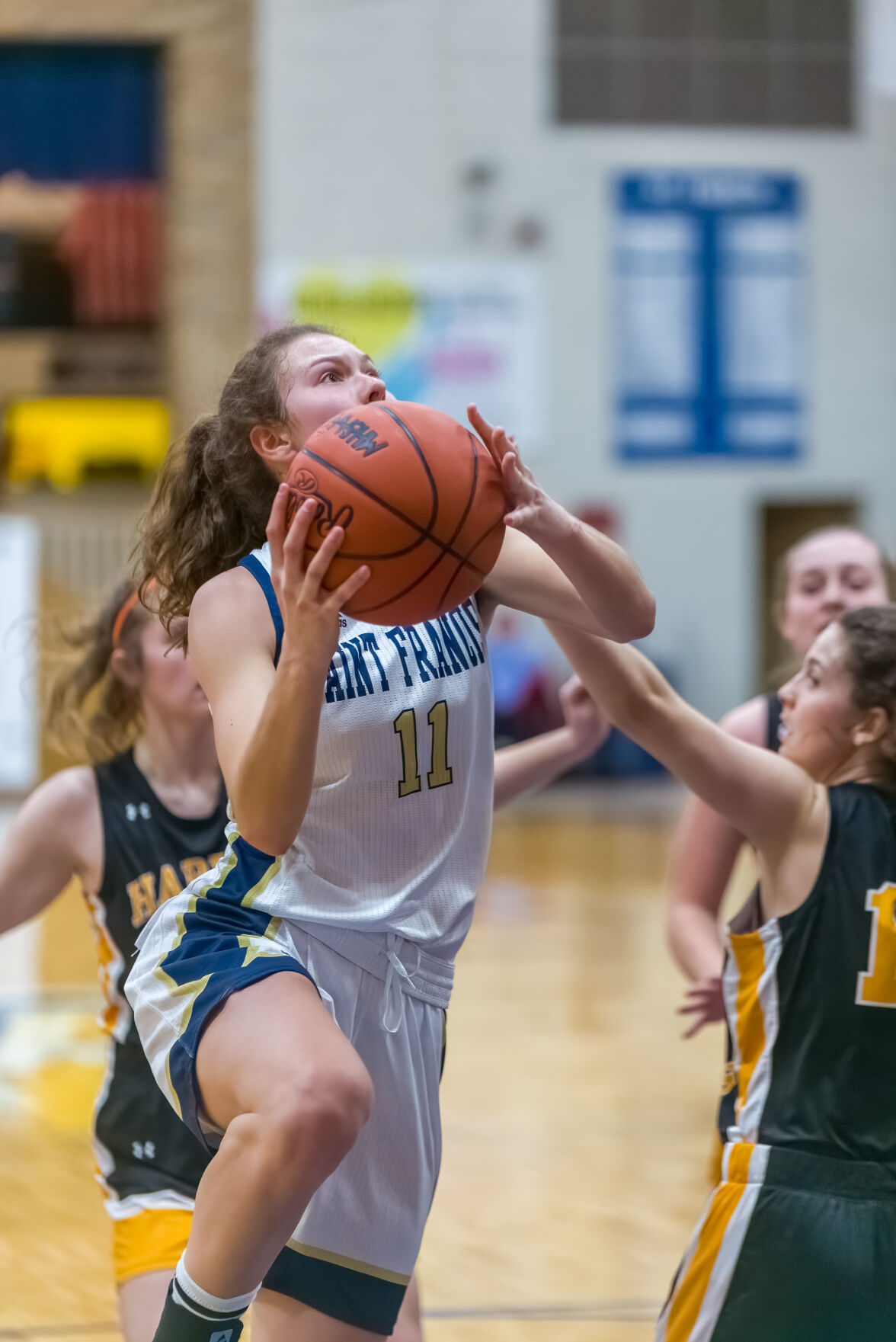 TRAVERSE CITY — Defense was the name of the Gladiators' game.

The Traverse City St. Francis varsity girls basketball team knew its hands would be full when Olivia Flynn and Harbor Springs came calling, and the Glads proved they were up to the task against the undefeated Rams.

St. Francis quieted the freshman Flynn — who is averaging 33 points per game — and Harbor Springs in a 54-37 home victory Wednesday.

"We wanted to make sure their team was under 40," St. Francis head coach Adam Warren said.

The Rams came in averaging just a tick above 64 points per game, scoring a season-high 81 against Grayling on Dec. 10. The Glads held Harbor Springs scoreless in the first quarter, leading 13-0 after eight minutes of play.

St. Francis is allowing just 33 points per game on defense. The Gladiators have held opponents to 25 points or less four times this season. They contained Flynn, who scored 45 against Kalkaska in a 69-22 win on Dec. 17, to just 18 points. Flynn has been a huge boost for the resurgent Rams, who came into Wednesday's contest at 8-0 after a 2-14 campaign last season.

Warren credited Maggie Napont and Colleen Hegewald for locking down Flynn and keeping the freshman phenom in check. Napont also led the Glads in scoring and matched Flynn with 18 points.

"They really shut her down," Warren said of Napont and Hegewald's defense on Flynn.

St. Francis moved to 7-2 on the season and 4-0 in the Lake Michigan Conference. The Glads host East Jordan at home Friday.

MANCELONA — The Mancelona varsity wrestling team picked up wins against Gaylord and Houghton Lake in a home quad meet Wednesday.

Against Houghton Lake, Fleet won by pinfall in 2:34, Johnston won via pin in 27 seconds, and Witkop also won by pin in 1:44.