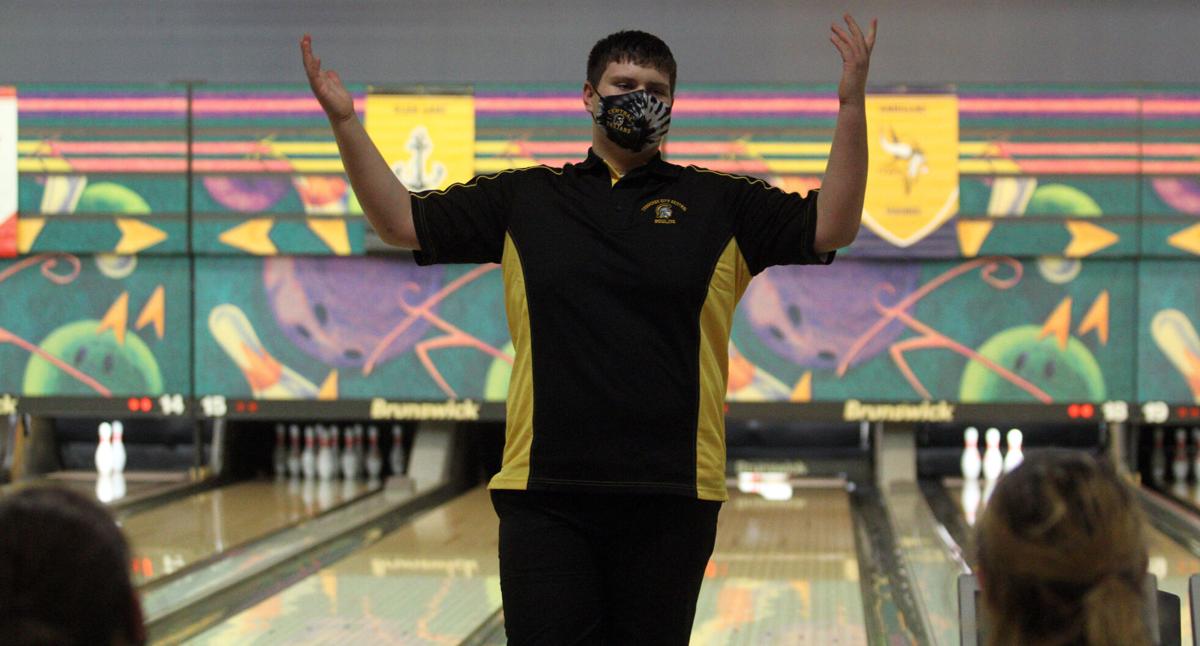 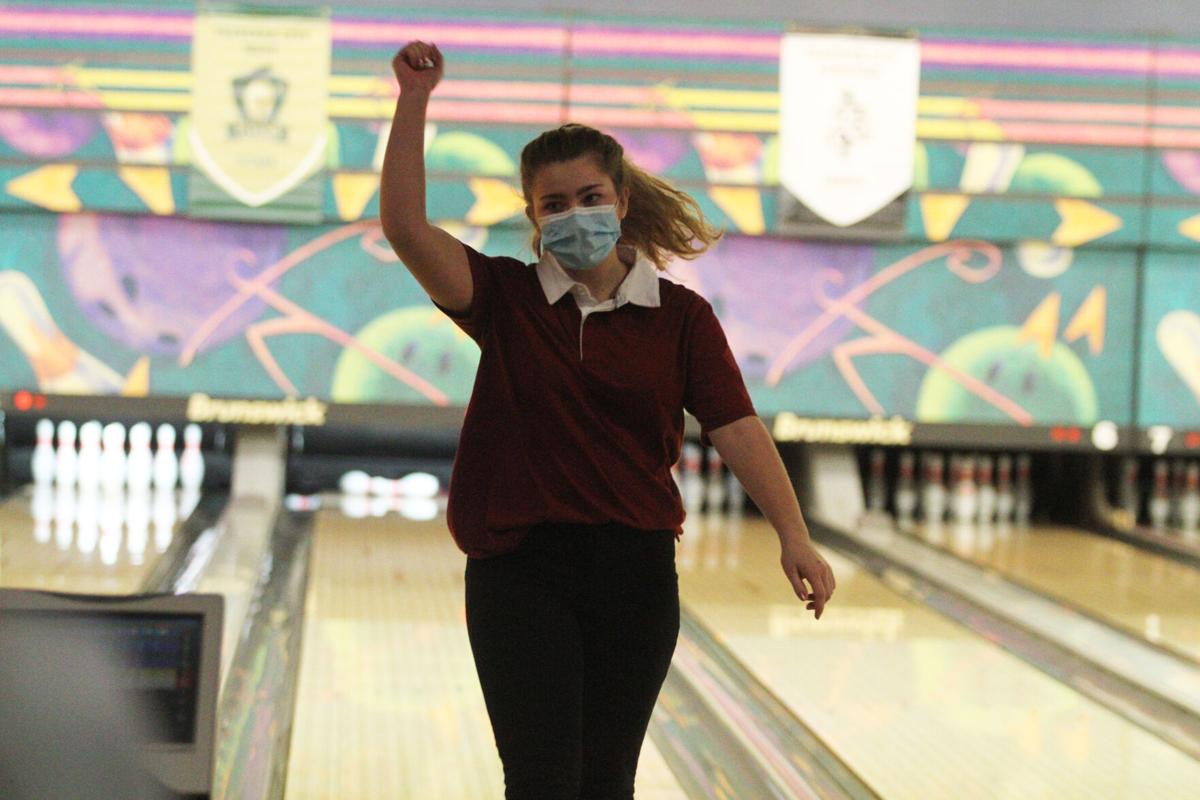 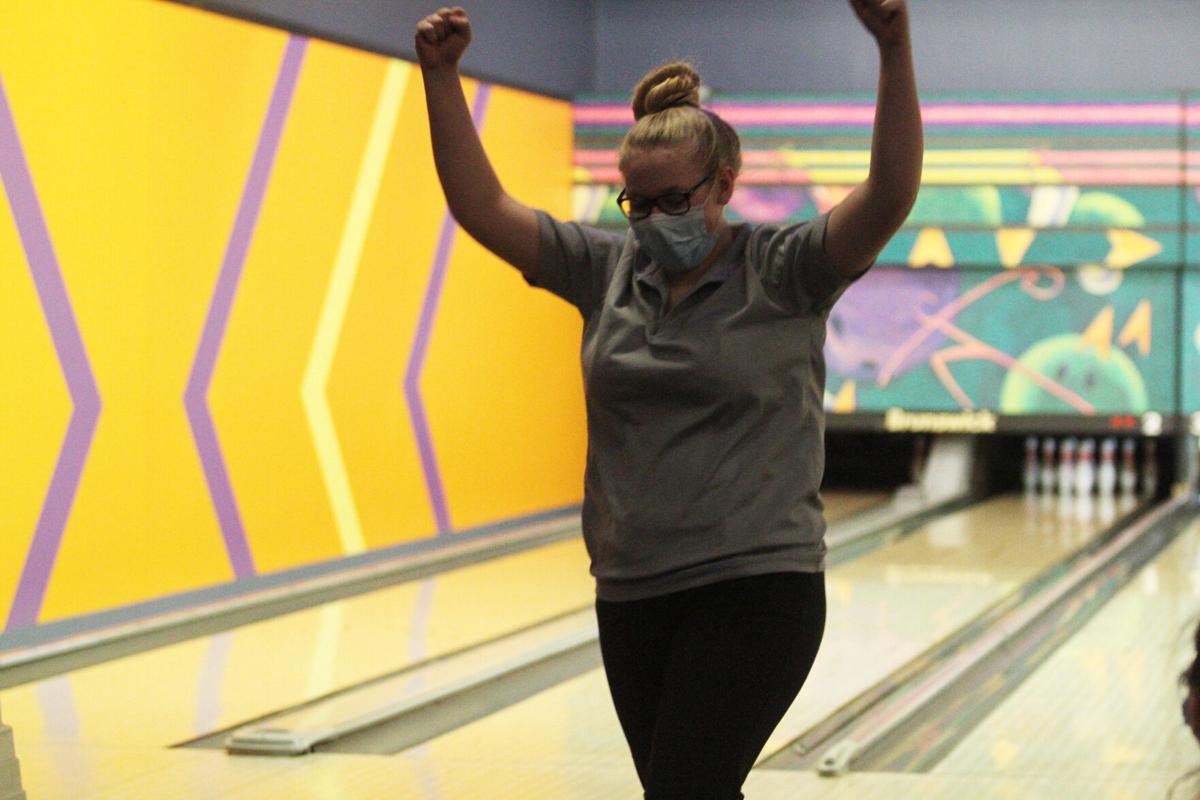 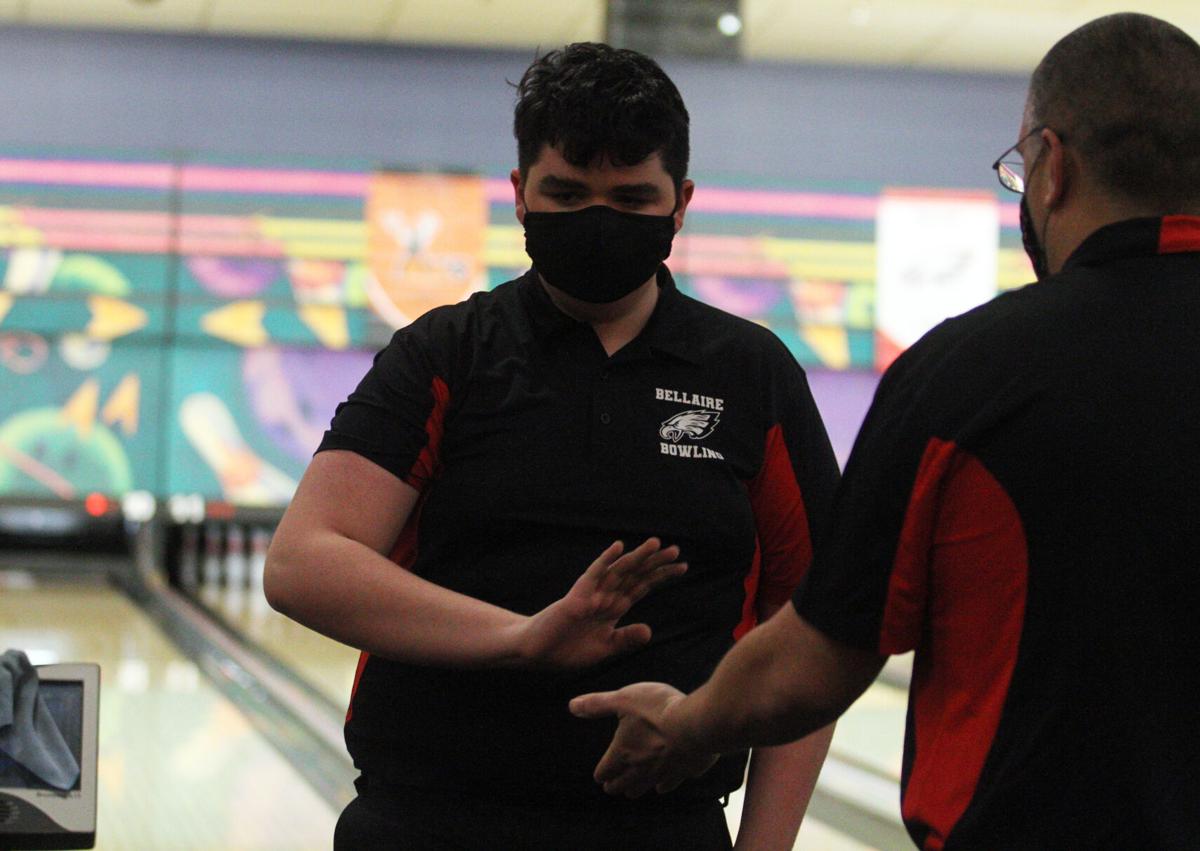 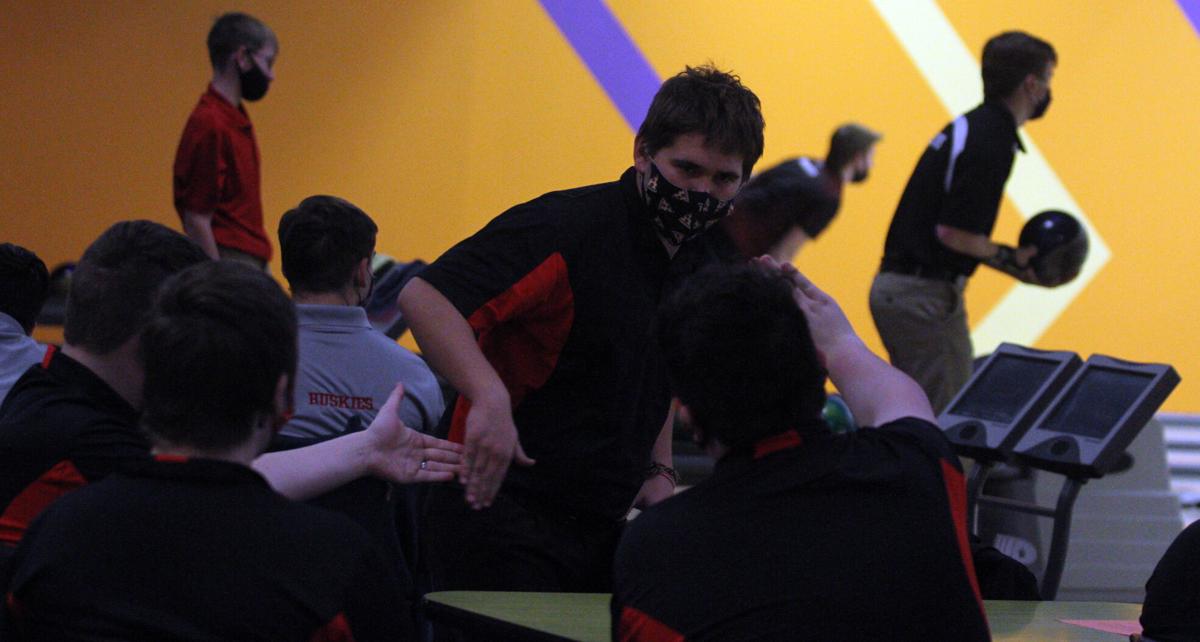 The first sound of her bowling ball smashing into pins at Lucky Jack’s relieved a lot of worry for the Benzie Central senior.

“This is one thing I was really looking forward to,” Tondreau said. “That was always my fear, having my senior year without my favorite sport.”

Tondreau has arthritis severe enough to warrant biologic medication, a side effect of which is a compromised immune system. That leaves her vulnerable to COVID-19, and as a result, she’s taken all her classes this year online.

The arthritis also stopped her from playing other sports like soccer and softball earlier in her high school career, leaving bowling as her one athletic outlet.

She was the earliest arrival among all the girls in Thursday’s Great Northwest High School Bowling Conference matches at Lucky Jack’s in Traverse City. In order to social distance the event, the boys rolled at 4 p.m., with the girls starting at 6:30 p.m.

“It’s awesome,” said Tondreau, a Benzie varsity player for three years. “I was preparing in October for the season to start in November. Then we had the second wave. Just being able to bowl my senior year, I’m grateful.”

The athletes wore masks the entire time, even while bowling. Teams spread out over several tables, and many squads didn’t do high fives, opting for elbow bumps or air fives instead.

Only half the lanes were used, with two on and two off. No spectators watched the action, so teams set up online streams on Facebook Live and various other platforms.

The United States Bowling Congress altered rules to allow players to clean and sanitize their bowling balls during matches.

Kalen Klingelsmith is one of only two seniors for the TC West boys, joining Blade Kalbfleisch. He said he’s glad to get the opportunity and isn’t taking it for granted, in case sports get shut down again.

“It’s definitely a good thing,” Klingelsmith said. “I’m excited to bowl this first time, and hopefully finish the season. If you let football play, I think there’s no way you can’t let basketball or hockey happen.”

Klingelsmith wasn’t able to practice much, even though he works at Incredible Mo’s, the other bowling alley in Traverse City. Alleys were shuttered from March through October by the Michigan Department of Health and Human Services, so he watched videos of professionals on YouTube to work on technique.

Bowling typically allows practice to begin in mid-November, with games starting in December. Prior to Thursday’s league opener, bowlers had around two weeks of practice time to shake the rust off.

“Everybody has to calm their nerves a bit,” Traverse City Central assistant coach John Anderson said. “Everyone is a little antsy.”

West’s Taylor Phillips led all girls bowlers with a 193, and Traverse City Christian’s Brooke Smith and Emily Cherkasova each rolled 188, even though Cherkasova bowled on the Sabres’ junior varsity.

Participation rates for area bowling teams dropped almost across the board this season. Coaches attribute that to the uncertainty of the year, as well as lack of time to practice.

“The numbers are down tremendously, but that’s to be expected,” Phillips said. “I’m just glad we’re up and running again.”

Three GNHSBC teams dropped out entirely for this season — TC St. Francis, Kingsley and Elk Rapids. The Elks cited not enough players able to make it for the league’s new Thursday format.

The GNHSBC used to play on Saturdays, but because of financial constraints at Lucky Jack’s, Thursdays became a better fit.

Bellaire only fields a boys team, with sophomore Brady Hoogerhyde leading the Eagles after he finished with the second-highest score among freshmen at regionals.

Traverse City Christian fields a varsity and JV for both boys and girls, with just enough to have five on each quartet of teams.

Five of Traverse City Central’s nine bowlers are brand new, including twin brothers Alex and Danek Szajner. The Trojans girls have just three, but coach Sharon Vreeland wanted to have a team anyway, with Ondrea Ream looking to book another trip to the state’s Sweet 16 in her senior season.

Vreeland could have not had a girls team, but then Ream and the others would be forced to play with the boys, including at regionals. So Central will have less than the minimum of four players, two of whom are fairly new to the sport.

Glen Lake’s team boasts 11 boys and five girls. The boys total is up a bit from seven last year, bucking the trend of most teams.

“I’ve been watching what’s going on with high school basketball and I feel so bad for the kids, especially the seniors,” Huskies coach Chip Fryer said. “The kids need it. Mentally, it wears on you in a big way.”

The second week of league play figures to be different. Lucky Jack’s wasn’t able to provide any food or beverages, and players and coaches weren’t allowed to bring any in, either. That won’t be the case next Thursday when the MDHHS eases restrictions on restaurants and indoor food service.

Hundreds of parents, athletes, and coaches are stepping up their game in a fight with Michig…

Cook: Not knowing why is the worst part

'This is one thing I was really looking forward to. That was always my fear, having my senior year without my favorite sport.'

TRAVERSE CITY — Skiers across the state enjoyed a unique opportunity since Jan. 15 — the ability to compete in the sport the love.

The goal posts keep moving, but that won’t stop sports from plowing ahead.

'Most hope we’ve had in a long time': Teams react to rollback on winter sports restrictions

A collective sigh of relief was expelled Thursday when Gov. Gretchen Whitmer took to the podium to announce winter contact sports can restart …