Garrison Waugh (5) checks a Macomb Dakota player in the wall in a Bay Reps hockey game this season. 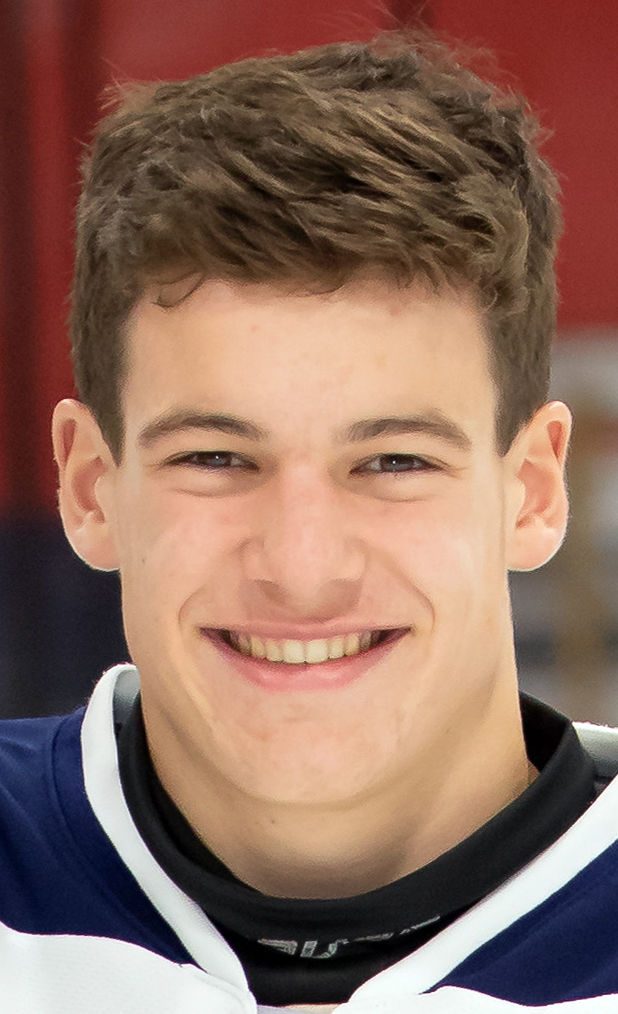 Garrison Waugh (5) checks a Macomb Dakota player in the wall in a Bay Reps hockey game this season.

Elk Rapids senior and Bay Reps defenseman Garrison Waugh usually sticks to the blue line in hockey, but he’s crossing state lines for a Division 1 athletic opportunity at the University of Wisconsin.

“It’s kind of going to be a home away from home,” Waugh said. “I wasn’t really sold on the whole idea of going to Wisconsin. (My visit) was pretty eye-opening.”

The seven-hour trip from Elk Rapids to Madison, Wisconsin won’t even be for hockey. Waugh accepted a recruited position on the Badgers’ men’s rowing team.

He visited the campus, partially located on an isthmus between lakes Mendota and Monona, in February. The Badgers do their rowing on 9,800-square foot Lake Mendota, a spot Waugh found where he’ll make the college transition from the blue line to blue water.

“It was kind of cool to be there in winter,” Waugh said. “It was a lot like Michigan, with the frozen lake.”

Wisconsin usually rosters 70-80 athletes on its rowing roster, bringing in about 34 freshmen each season. About 8-10 of freshmen get recruited with experience, such as Waugh, who just started rowing for Lake Leelanau Rowing Club in April 2019.

“In just a couple months, he’s already in a place guys who do this take five years to get to,” Wisconsin assistant coach and recruiting coordinator Lowell McNicholas said. “That tells us all we need to know.”

McNicholas said the rowing program also recruits high-GPA students because they correlate success in the classroom to success on the water. The Badgers also keep their recruiting inside the United States, whereas many other top rowing programs bring in recruits from all over the world. Wisconsin also highly values maturity, discipline and coachability, McNicholas said, calling Waugh a “model recruit.”

The 6-foot-3, 195-pound defenseman earned a spot on the Record-Eagle hockey Dream Team and also boasts a 4.22 weighted GPA (4.10 cumulative).

Chris Clark returned the Badgers to powerhouse status since taking over the program in 1996. Wisconsin recaptured the Intercollegiate Rowing Championship’s Ten Eyck Trophy in 1997 after a nine-year absence. The Badgers then won the IRA’s national championship trophy again in 1999, 2000, 2001 and 2002. His boats have tallied 17 gold, 18 silver and 20 bronze medals in IRA competition.

The program’s coaches each own individual achievements from their own rowing days. As a member of the U.S. National Rowing team, Clark earned a silver medal at the 1983 Pan American Games.

Assistant coach Beau Hoopman earned induction into the National Rowing Hall of Fame in 2010 after spending nine years on the U.S. National Team from 2001-2009, where he won two Olympic medals.

“They have a history of developing guys into rowers and Olympians,” Waugh said.

Rowing is the only of Wisconsin’s 22 varsity sports without scholarships, although it’s fully funded by the institution.

Waugh only began the sport in April 2019 for the Lake Leelanau Rowing Club at Fountain Point.

“It’s a beautiful place and a rewarding sport,” said Waugh, who plans to major in computer science. “You get out of it what you put in. If you work hard, you’ll grow in the sport.”

Waugh went to a Wisconsin women’s hockey game against Ohio State on his visit and saw Delaney Drake play against the Buckeyes. The rink jumbotron displayed a guest the player game during a break, and he called Drake on the first fact that she was from Leland. Waugh and Drake’s brother Jakson both played for the Reps.

The Get Around Podcast Episode 59 – Chris Deneweth, TC Bay Reps