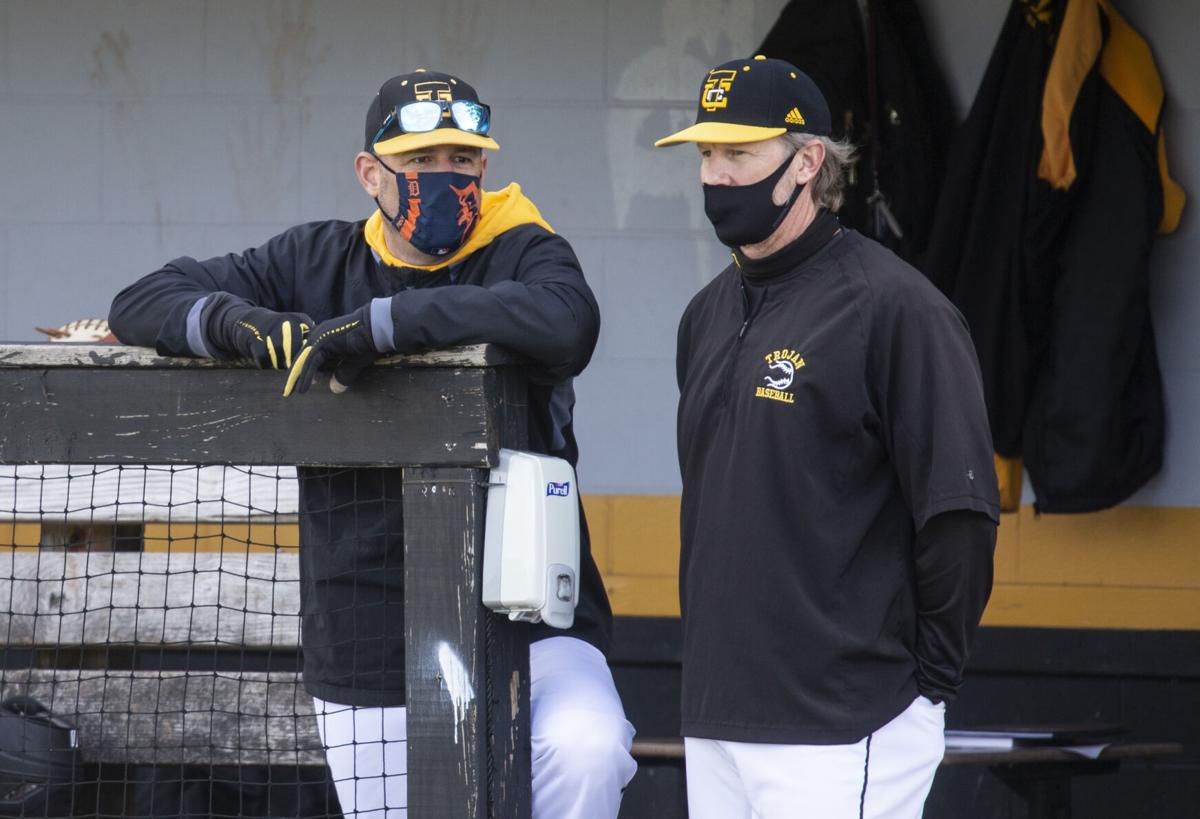 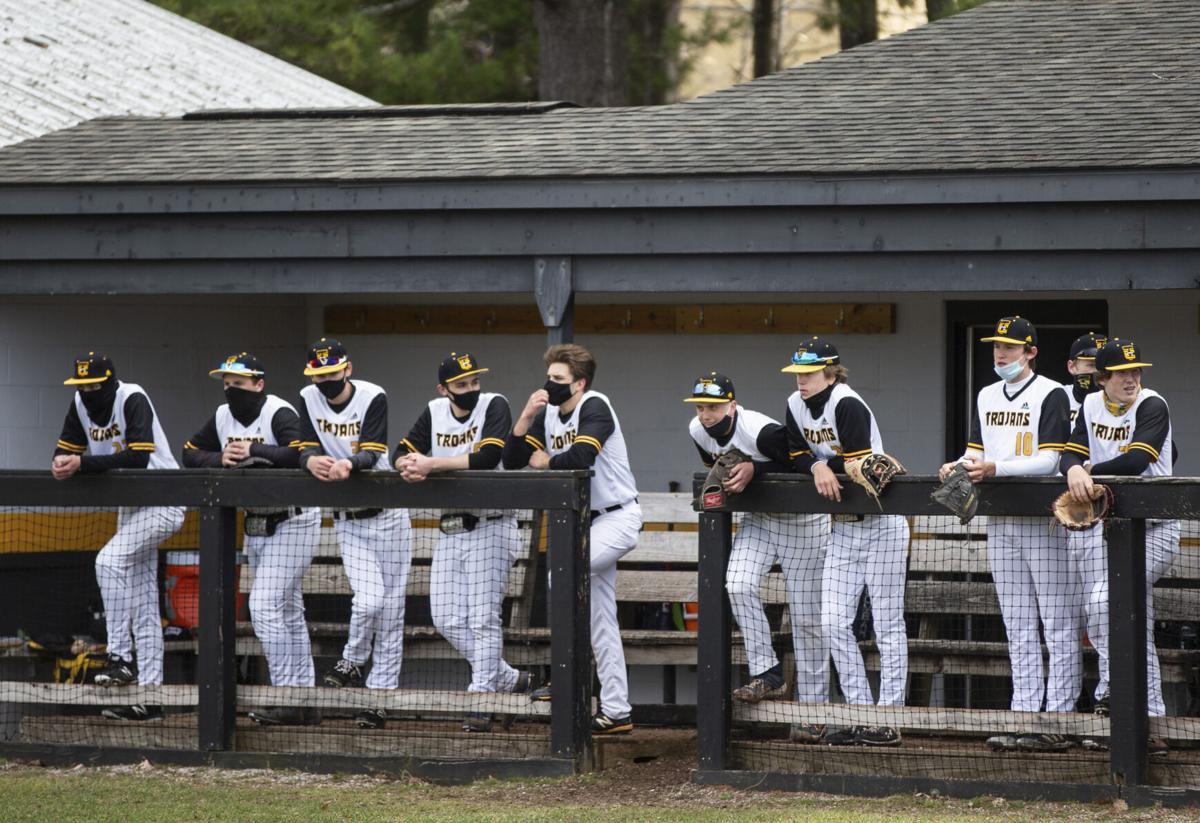 TRAVERSE CITY — Spring sport athletes had plenty of time to think about what they would do once they got back on the field.

Twenty-one months, to be exact.

Spring sports — such as baseball, softball, girls soccer, boys golf, track and field, girls tennis and lacrosse — took the largest hit last season when COVID-19 cancelled all high school sports for the entirety of the season.

The following months were filled with questions and experiments in an attempt to get sports running again and spring sports coaches and athletes were taking notes to prepare for the return to competition in 2021.

The biggest lesson learned from watching the ups and downs athletes underwent in the past 13 months is universal — take nothing for granted.

“I think the biggest thing that girls have learned is that they just can’t take their season for granted, especially the seniors and juniors, because they have already been missed out on one season,” Traverse City West first-year girls soccer coach Savanna Wojtanowski said. “And then just being smart outside of soccer and outside of school and just making sure that we’re following policies to keep each other safe.”

A grim reality heightened those senses when Gov. Gretchen Whitmer urged youth and high school sports to take a two-week pause amid surging COVID-19 cases across the state. Dozens of local athletes, and even a few coaches, already quarantined this spring because of close contacts. Teams are preparing for the worst.

“I told (my players) to give me max effort every day,” TC West head baseball coach Matt Bocian said. “It’s just like if you’re base running and you’re rounding second, you’re going to go as hard as you possibly can until I stop you. So I want you to play that way because we’re going to play hard every single day until we’re told not to so you get the most out of it.”

As the possibility of another shutdown looms, teams still prepare for the season as best they can after taking so much time away from each other.

Teams take varied approaches at how to tackle a season during an ongoing pandemic. As coaches witnessed in fall and winter sports, cancellations, shutdowns and missing players happen on a day-to-day basis. Flexibility is key.

Andrea Krakow, head girls soccer coach at Elk Rapids, already felt the effects of three quarantined players in the team’s first two weeks and put the rest of the team on high alert.

“I’m just trying to remind my kids that whoever’s here will play,“ Krakow said. “Practice hard because you never know when it’s going to be their turn to step onto the field.”

The Elks, like many other smaller schools in northern Michigan, combined their varsity and junior varsity programs together to prepare all of the school’s soccer players the same way in case they are needed to step up.

Wojtanowski said her staff has preached a “one unit, one family” approach at TC West with both the JV and varsity squads practicing together. Both coaching staffs mentor at all games to bring continuity to teaching points.

The continuity on coaching staffs became ever important as well because coaches are just as susceptible to quarantine protocols as the athletes. Gaylord St. Mary head coach and Ostego County Sheriff Matt Nowicki started his team’s season in quarantine and needed his coaching staff to help get the Snowbirds rolling.

Several phone calls a day between Nowicki and the rest of his staff kept his team on track after missing a chance at its fourth straight Division 4 state semifinal appearance in 2020.

Nowicki and a few of his players’ early-season quarantine became a quick reality check that no one is safe from the possibility of a shutdown.

“I just tell people to do what needs to be done and you have to take your personal feelings out of this,” Nowicki said. “I understand that anxiety and how people feel about wearing or not wearing a mask, but the numbers aren’t lying, they are rising.”

The Michigan High School Athletic Association and the Michigan Department of Health and Human Services partnered to require all spring sports athletes to test once a week to try and slow the spread of the virus by asymptomatic carriers. Schools have been taking different approaches to testing depending on size and number of athletes required to test.

Smaller schools can test all of their athletes on Monday, while larger schools like TC West and Central, use rotating schedules and days to make sure everyone gets a test and is still able to practice.

“We feel good that this process helps us do the community service of slowing any spread,“ TC Central athletic director Zac Stevenson said. “If we identify students that are asymptomatic, and we’re able to do so, especially early in the week, that helps the helps minimize the opportunity that it spreads unknowingly. And I think that’s the whole purpose of the program. And so we feel good that we’re doing our part with that.”

TC Central shares resources throughout the district so middle school athletes can be tested as well. The rapid-testing program started when fall sports resumed in January and continued throughout the wrestling season and winter sports postseasons. That means many athletes have been through the testing process before, but for those who only play or coach spring sports, it’s a whole new ball game.

“You never know what you’re going to get hit with each day and with the rapid testing that they’re doing on Mondays, that’s always a little bit nerve racking,” Krakow said. “We just keep reminding the girls that the silver lining is they have a season and we’ve been fortunate to play four games so far. We didn’t have that season, so we are trying to look at the positive.”

Most schools test early in the week so coaches and teams know what type of personnel they’re working with each week. COVID-19 case numbers are still on the rise throughout the state, but Stevenson said he hasn’t seen the same trend in athletes at TCC.

“While the health department will ultimately make the call, I can tell you that the data has shown that school sports have been safe,” Stevenson said. “And I believe our first two weeks of testing is right in line with that. It’s showing that our school sports have been safe and proper precautions and protocols are in place where we are pretty safe activity in the community.”

Most schools in northern Michigan did not comply with a request made last Friday from Gov. Whitmer to shut down sports for two weeks and districts hope to remain open the rest of the school year. Kalkaska schools just shut down all in-person learning and sports activities for 10 days following an outbreak at the school and joined the Grand Traverse Bay YMCA in postponing sports.

Stevenson said participation numbers for spring sports are up at TC Central and track and field head coach John Lober said many are back with a renewed focus.

“They seem to be more focused than ever before,” said Lober, in his 57th year as head coach. “They are coming from home to practice and the kids at Central have been great at attending things. We don’t have to tell them twice.”

Participation numbers may be up, but the near two-year hiatus took its toll on players’ skill, according to Bocian. He said it’s a noticeable learning curve this season with trying to get players back into situational baseball and reshaping their IQ. Now, the focus is on getting spring athletes on-field experience while cherishing every moment.

“The girls aren’t taking each day for granted because they know the next day we could get a call it says we’re shut down for the season,” Wojtanowski said. “So we’re definitely just cherishing every moment we have as a team. Both games and practices.”