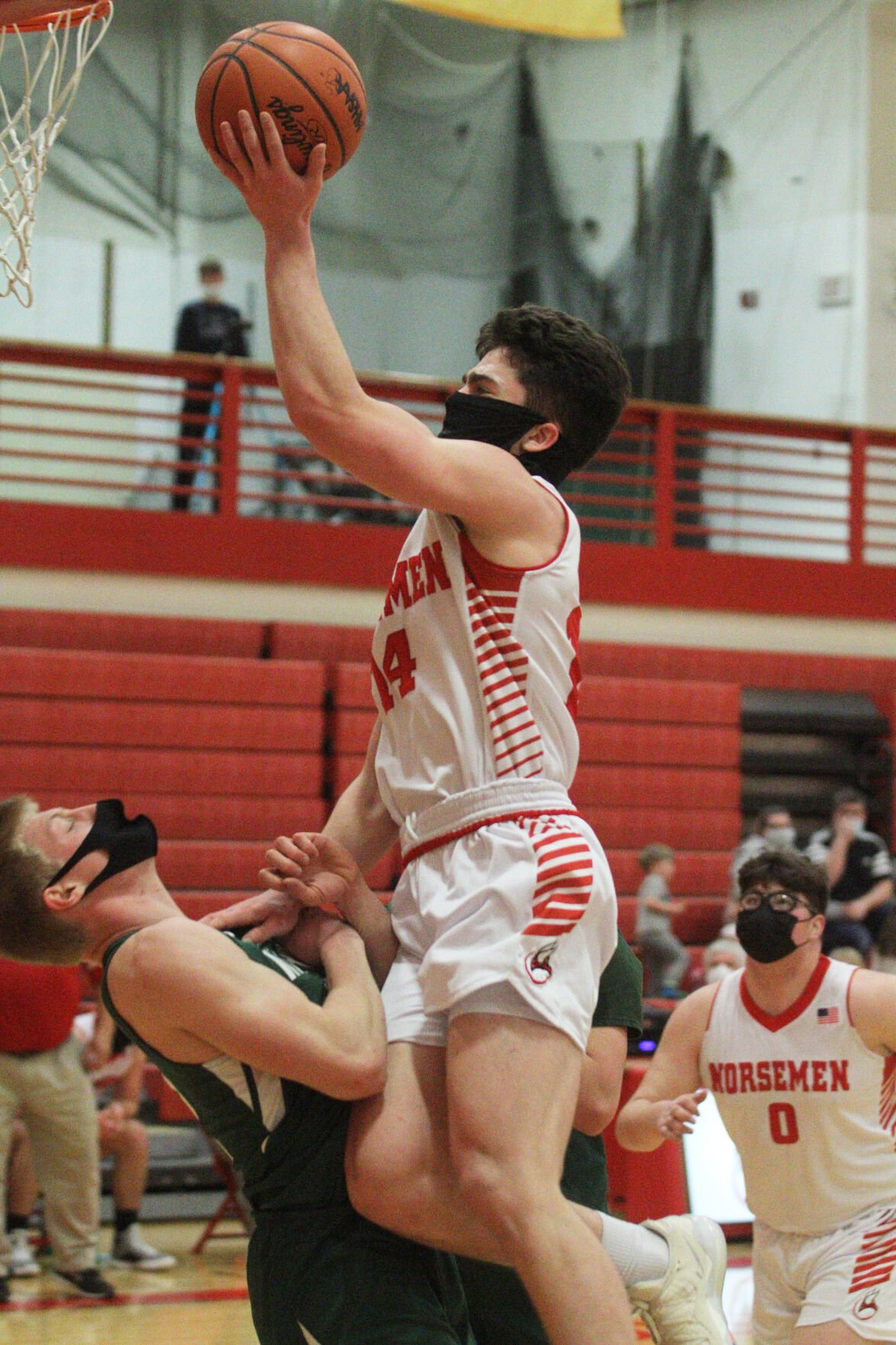 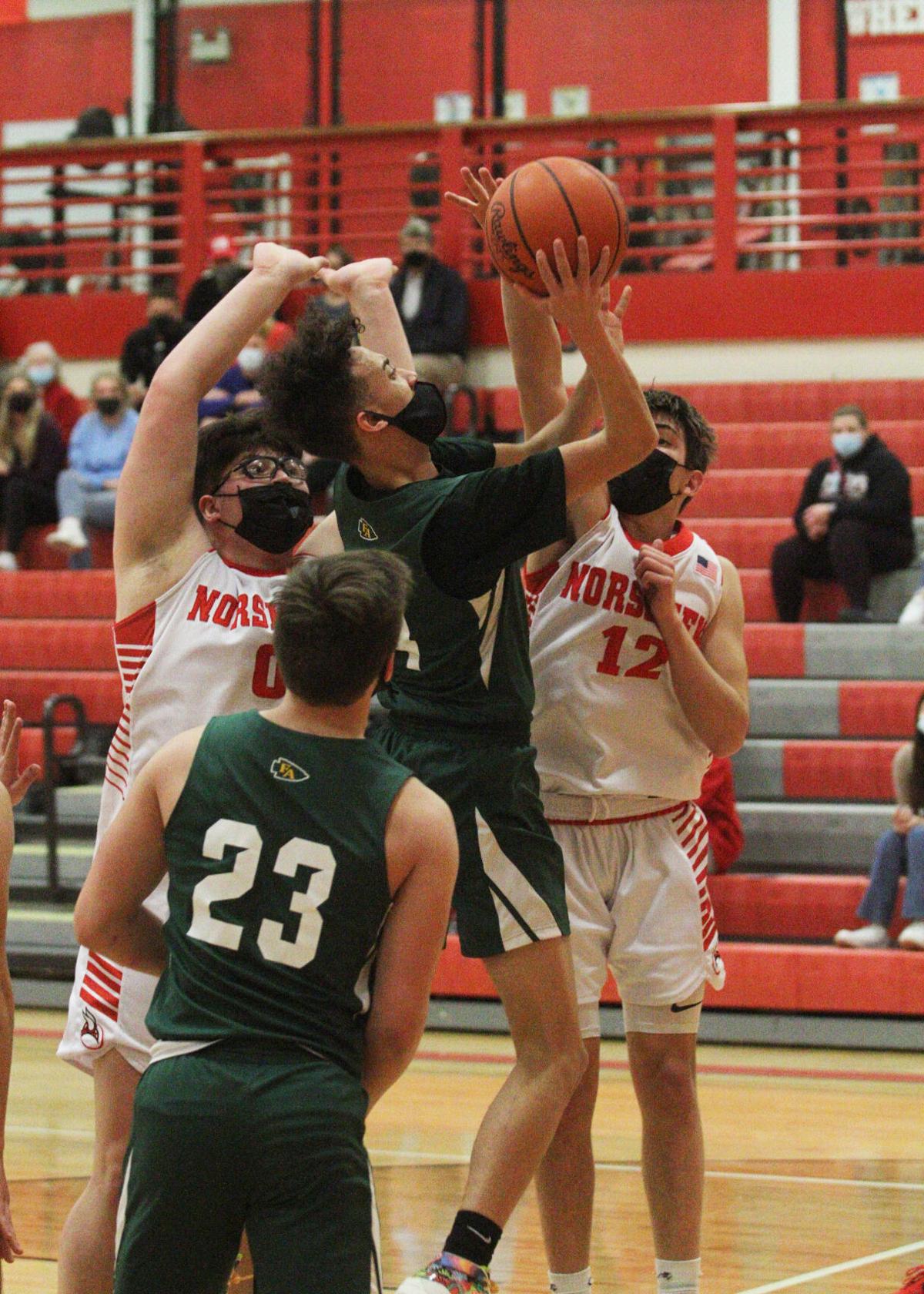 SUTTONS BAY — The Suttons Bay Norsemen itch for every second they can get on the basketball court.

The rust wasn’t apparent as Suttons Bay dismantled Forest Area 86-57 at home Tuesday, using its starters for most of the game to continue working on communication and chemistry.

“I think that was really important and we understood where coach was going with it,” Suttons Bay senior Michael Wittman said. “We missed those two weeks, in an shortened season anyway, so that was important because we didn’t get that time before. Every second of game experience on the court is important and I think we are peaking right now.”

The Norse (6-5) punched their ticket to play together at least one more time Thursday when they travel to Lake Leelanau St. Mary (11-4) for the district semifinal. St. Mary’s last game was a 86-53 win over Forest Area (6-10), an eerily similar score to Tuesday’s win for the Norse.

“Our next round is going to be tough,” Suttons Bay head coach Ron Anderson said. “For us to come together and play like we did tonight, I feel a lot of confidence going in that we’ll play together and be more team wise than than anything.”

The 86 points are most the Norsemen put up in a game this season. Suttons Bay needs the same type of offensive performance if they plan to keep up with the high-flying Eagles.

Suttons Bay brought the physical play to the Warriors on Tuesday, giving Forest Area trouble with a full-court press and unrelenting post defense. The Warriors scored first in each of the four quarters on Mekhi Marsh 3-pointers, but the Norse went on big runs after each of those shots.

“There was more physical play out there than we’ve ever seen all year,” Forest Area head coach Eugene Szymchack said. “We didn’t have enough, they came in and they got physical and we didn’t have enough to back that up. It’s tough for all of us, we’re not used to that kind of play.

“We got sloppy on our defense when the runs started happening and we got sloppy with our shots. We were rushing and trying to get too much back at once.”

The Norse took off after the Warriors tied it at seven midway through the first, taking a 19-7 first quarter lead. An 11-point run following a technical foul called on the Warriors gave Suttons Bay a 37-16 lead at half.

“That comes back to the more you play, the more things start to come together and you start jamming with guys and rotations and stuff,” Wittman said. “And I think having played those tough games last week, we learned to communicate because we had to talk on defense and even offense.”

Suttons Bay went through the Northwest Conference ringer since returning to play March 9 — facing Glen Lake, Kingsley and Frankfort in the span of eight days.

The Warriors, who will lose all but one varsity player to graduation, were led by seniors Pheonix Mulholland and Marsh. Mulholland led the way with 21 points, eight rebounds and three assists while Marsh netted 17 points.

Anderson said his team’s communication took a big step up Tuesday and they’re only looking forward from here on out.

“We missed six games and I feel awful and heartbroken for my seniors and those kids who have given it their all for three years,” Anderson said. “I just feel bad for the kids and that they had to miss those games, but we’re here now in the playoffs and moving forward.”