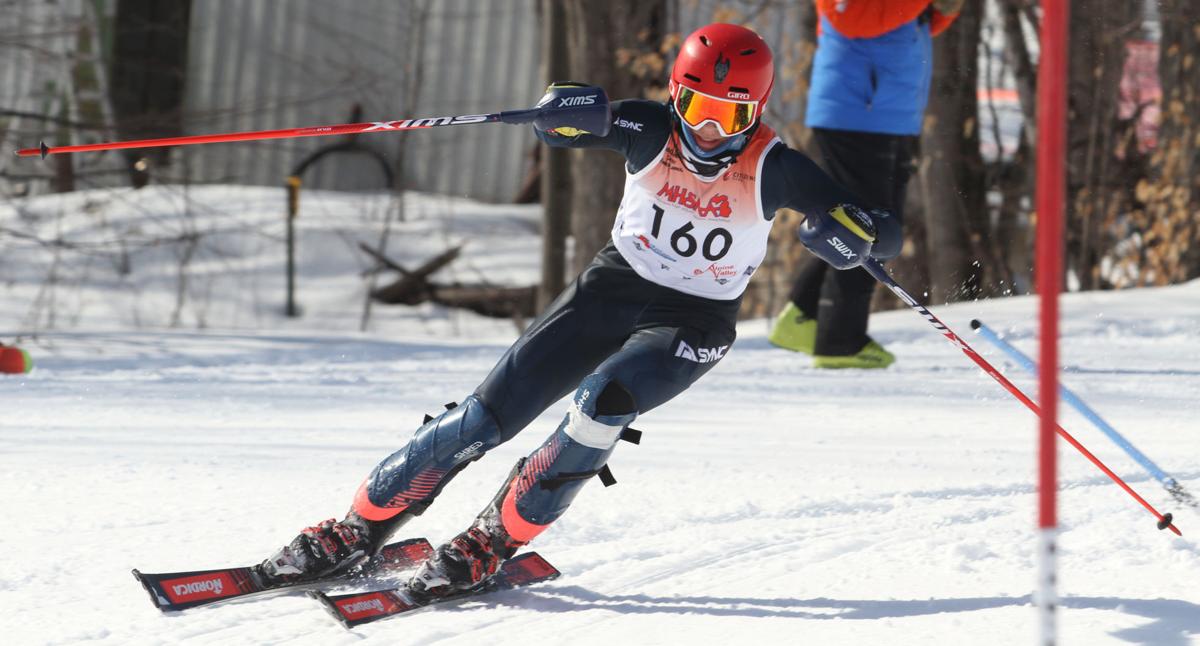 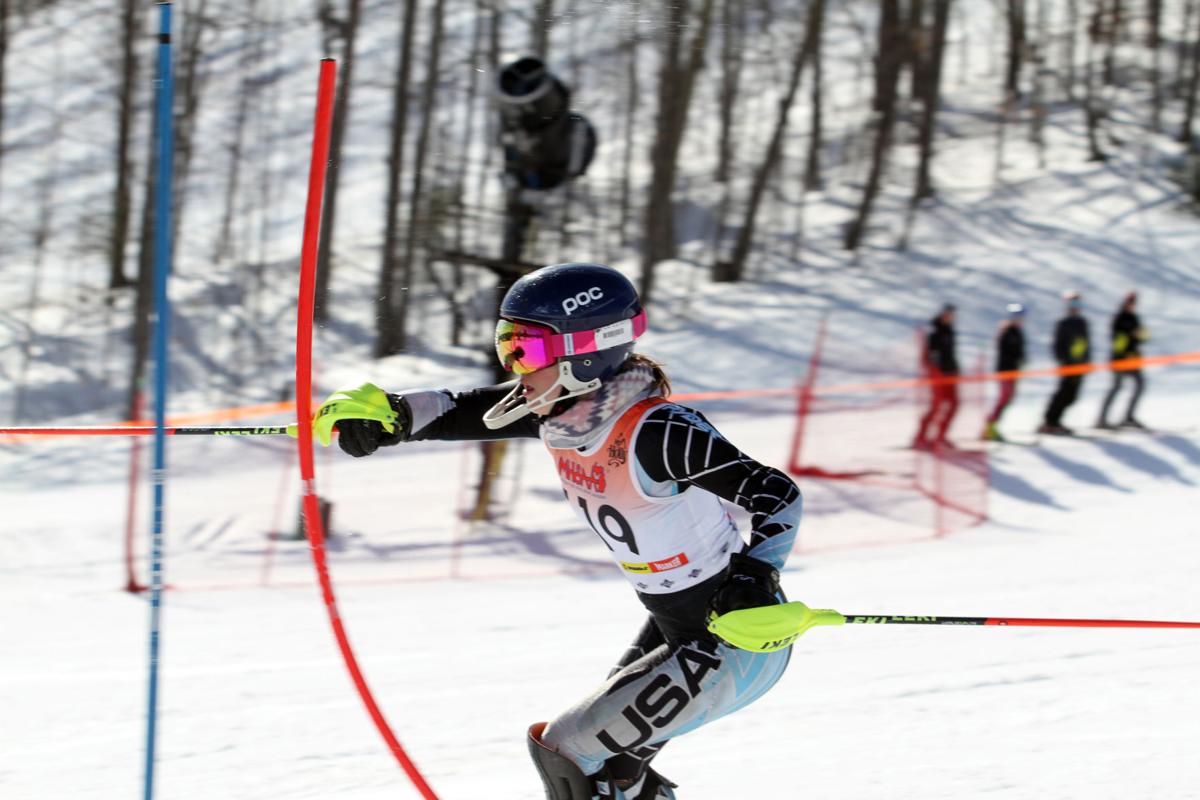 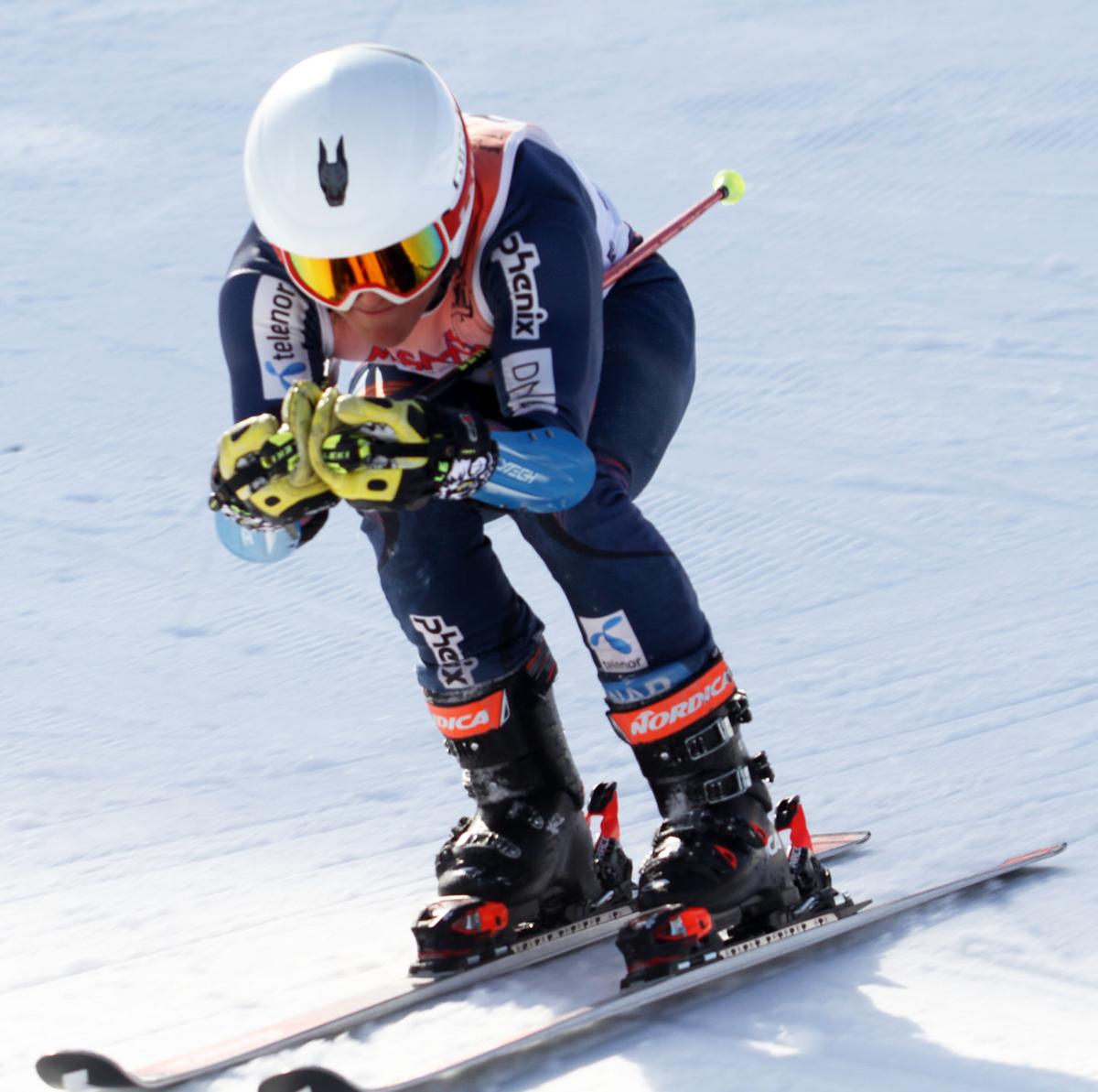 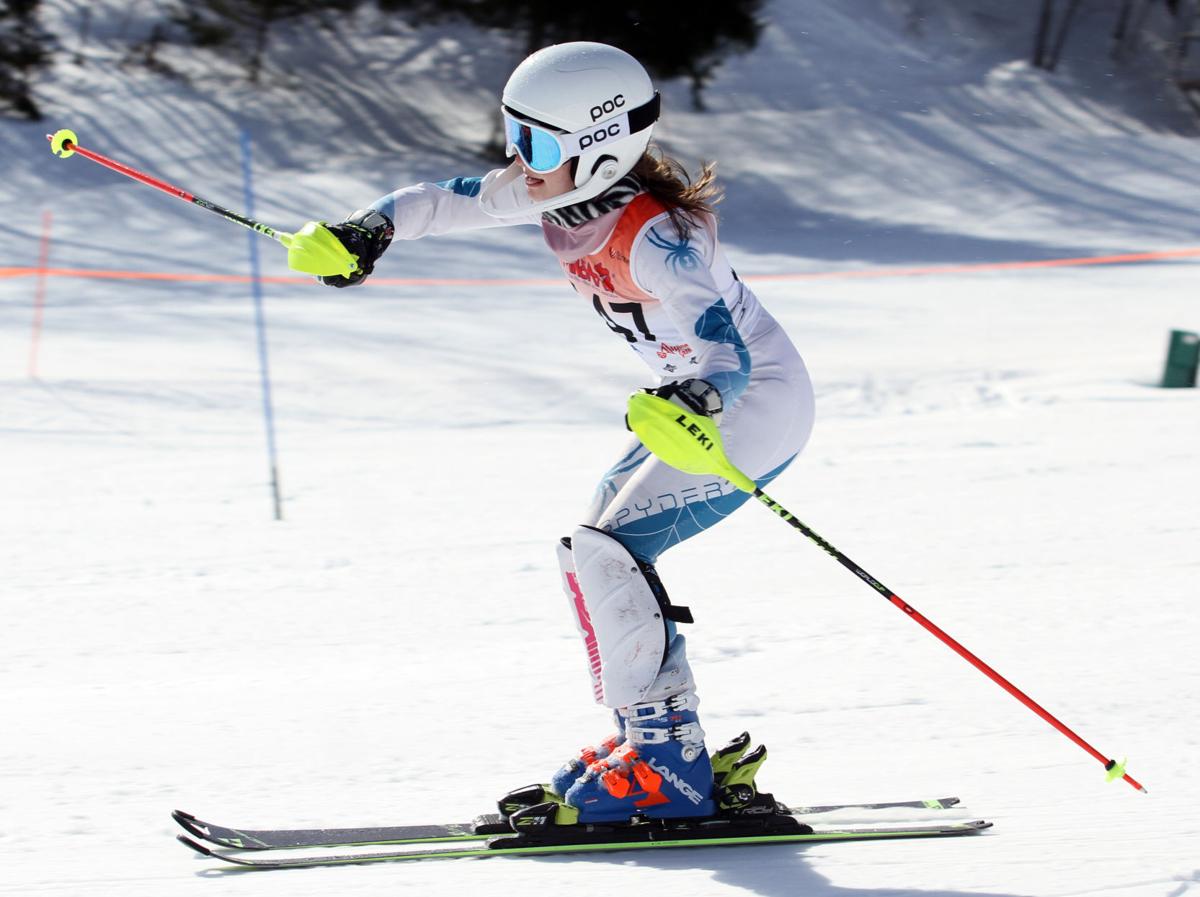 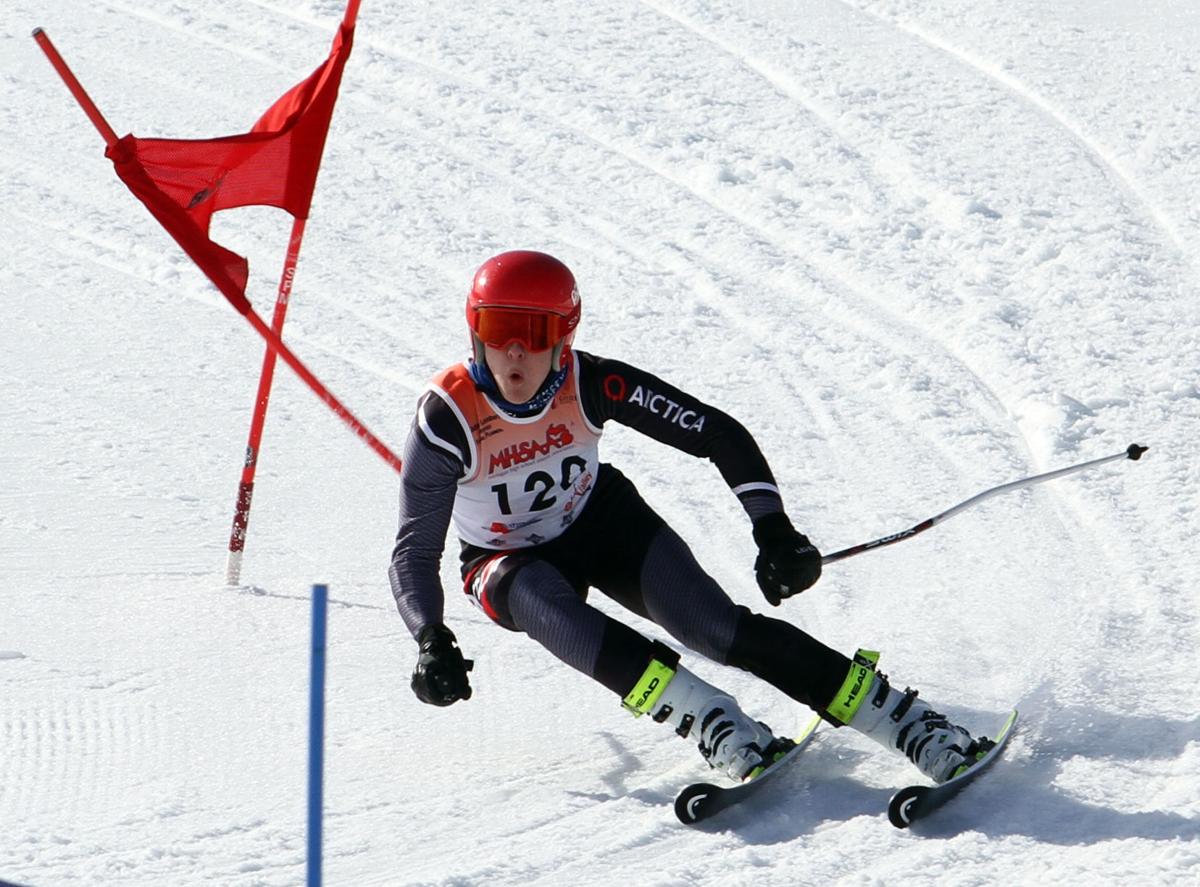 TC Central's Gus Dutmers goes through a gate in the giant slalom Monday at Boyne Highlands. He placed 10th to earn all-state honors. 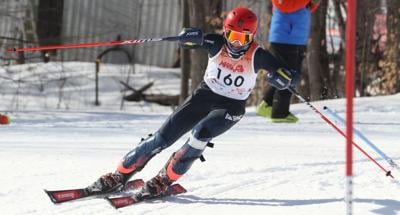 TC Central's Gus Dutmers goes through a gate in the giant slalom Monday at Boyne Highlands. He placed 10th to earn all-state honors.

“That seems to be the way the last few years,” Craven said. “We want to break that pattern, though.”

The D1 finals lasted until almost 5 p.m., plagued by delays to salt the slalom runs because of warm weather, numerous falls and giant slalom timing issues.

So long that Central’s Elizabeth Saunders had to make a break for it to get her equipment back.

When Saunders went to take the lift back to the top to get an extra set of skis, she was told it was for official use only.

“I said that I was a course worker,” Saunders said.

“Elizabeth Saunders was just a standout today,” TC Central coach Amy Kudary said. “She’s one of our seniors and such a good head on her shoulders. She gave it everything she had, and it really paid off, especially in the slalom. Elle Craven is another one who really pulled it together today for us. She was just solid as can be in slalom and when I told her to go and give me all she had in GS, that’s exactly what she did.”

Marquette won the girls title by 10 points over Grand Rapids Forest Hills Northern-Eastern, with Central another five points back. Clarkston took a distant fourth, 32 behind the Trojans. Central had beaten both the Redettes and Forest Hills in claiming the regional championship two weeks ago.

“We had some great individual results, the team result is not exactly what we wanted,” Kudary said. “Overall, it was a tough day for all of the teams. It’s always tough when you have multiple falls on multiple teams.”

The Marquette boys won by a single point over Brighton, 81 to 82. Rochester Adams took third with 92 and Traverse City West finished fourth one point back. Grand Haven-Black River placed a distant fifth at 184.

“We are getting a few freshmen that are pretty good, so high expectations, definitely,” Titans sophomore Aiden Lewandowski said. Marquette’s losing some seniors and we’ll have a strong team next year.”

“It’s so exciting to be part of a team that’s this good and be able to have these experiences as a sophomore,” said Craven, a sophomore who has earned all-state status four times already. “It’s just so incredible.”

“I set pretty high expectations for myself,” Lewandowski said. “I always try to meet them, but it doesn’t always work out.

“It started out good today. The first run of slalom, the snow was really hard, but then the sun came up and all the snow got soft and mushy. It got pretty rough and they had to start throwing salt to make it nice and solid again, but it was pretty rough out there for that second run of slalom.”

Cadillac 2015 graduate Keenan Cooper helped lead Marquette to the twin titles. The 23-year-old Redmen assistant coach is in his fifth year in Marquette.

“I’m just excited that the kids showed some grit today and stuck with it, because it wasn’t an easy day,” Cooper said. “Look how long it was. It was hot out for skiing, which can take a lot out of you because that sun’s beating down on you.

“With the spring weather like this that comes a little early some years, you never know what to expect. It can be 10 degrees and rock hard, or it can be turned to mashed potatoes like that.”