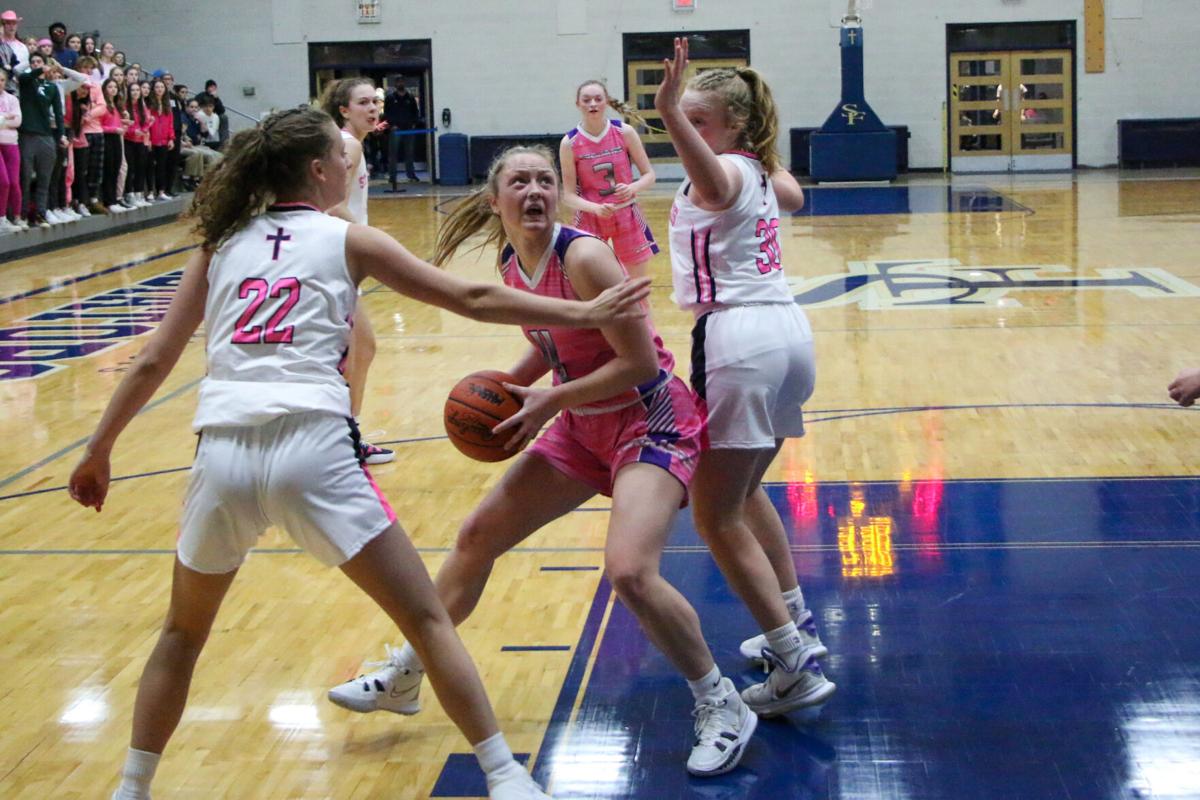 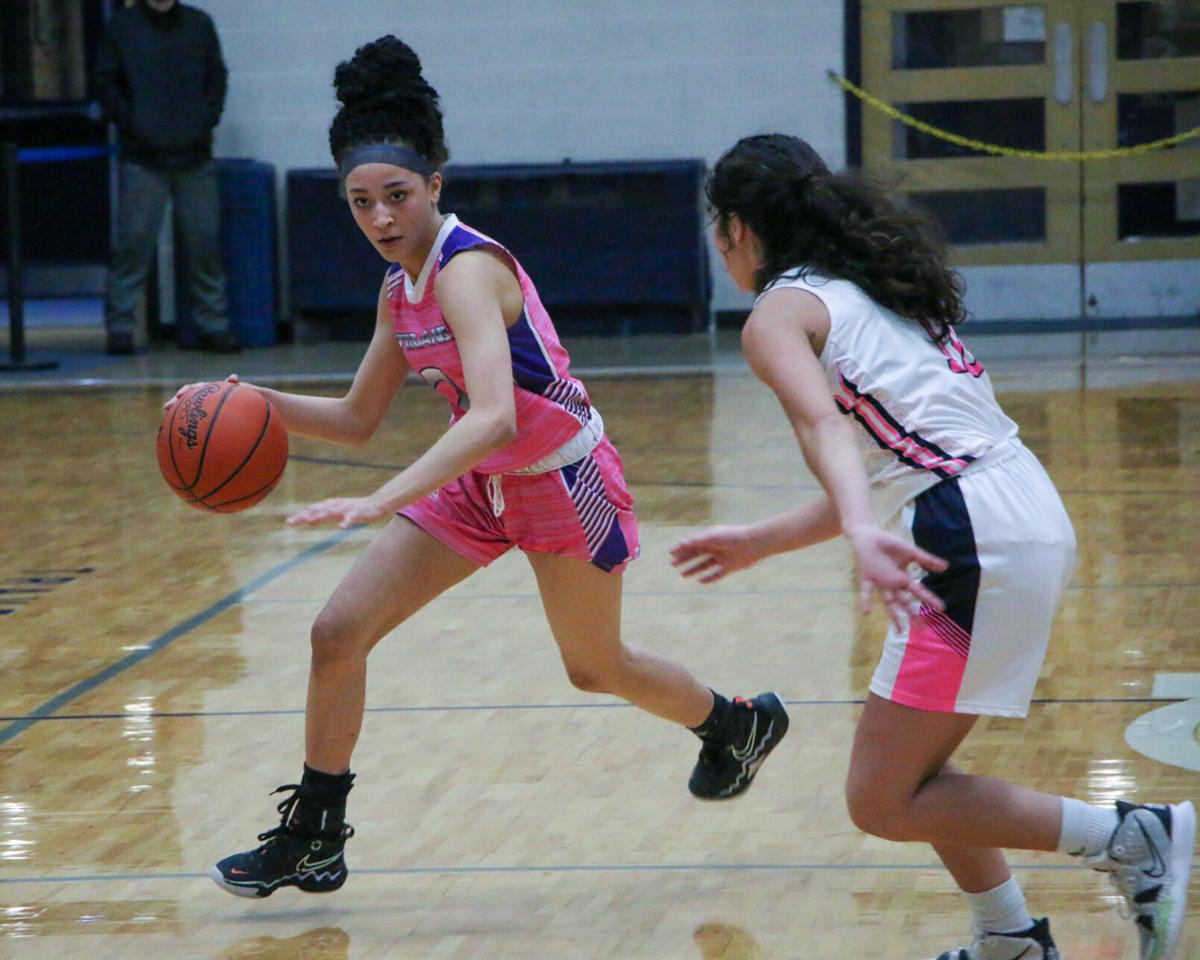 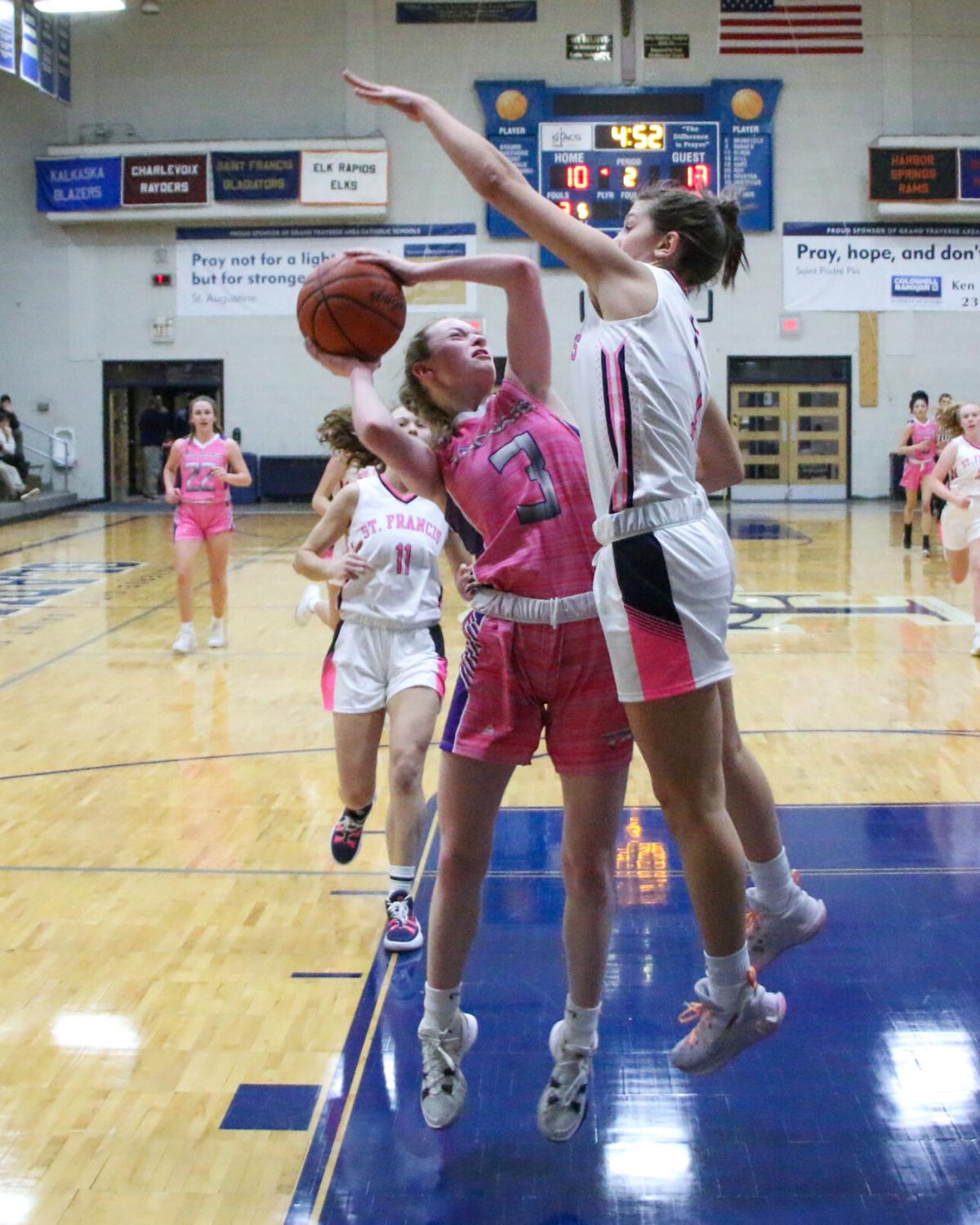 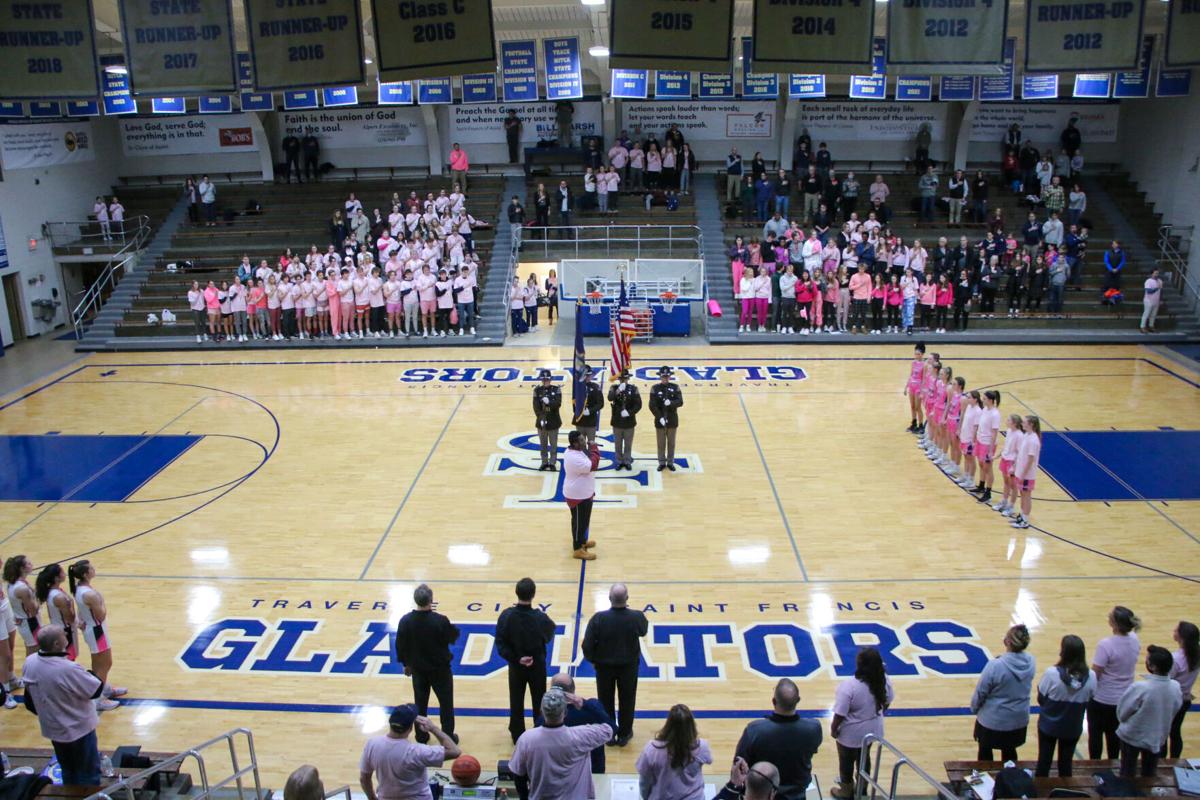 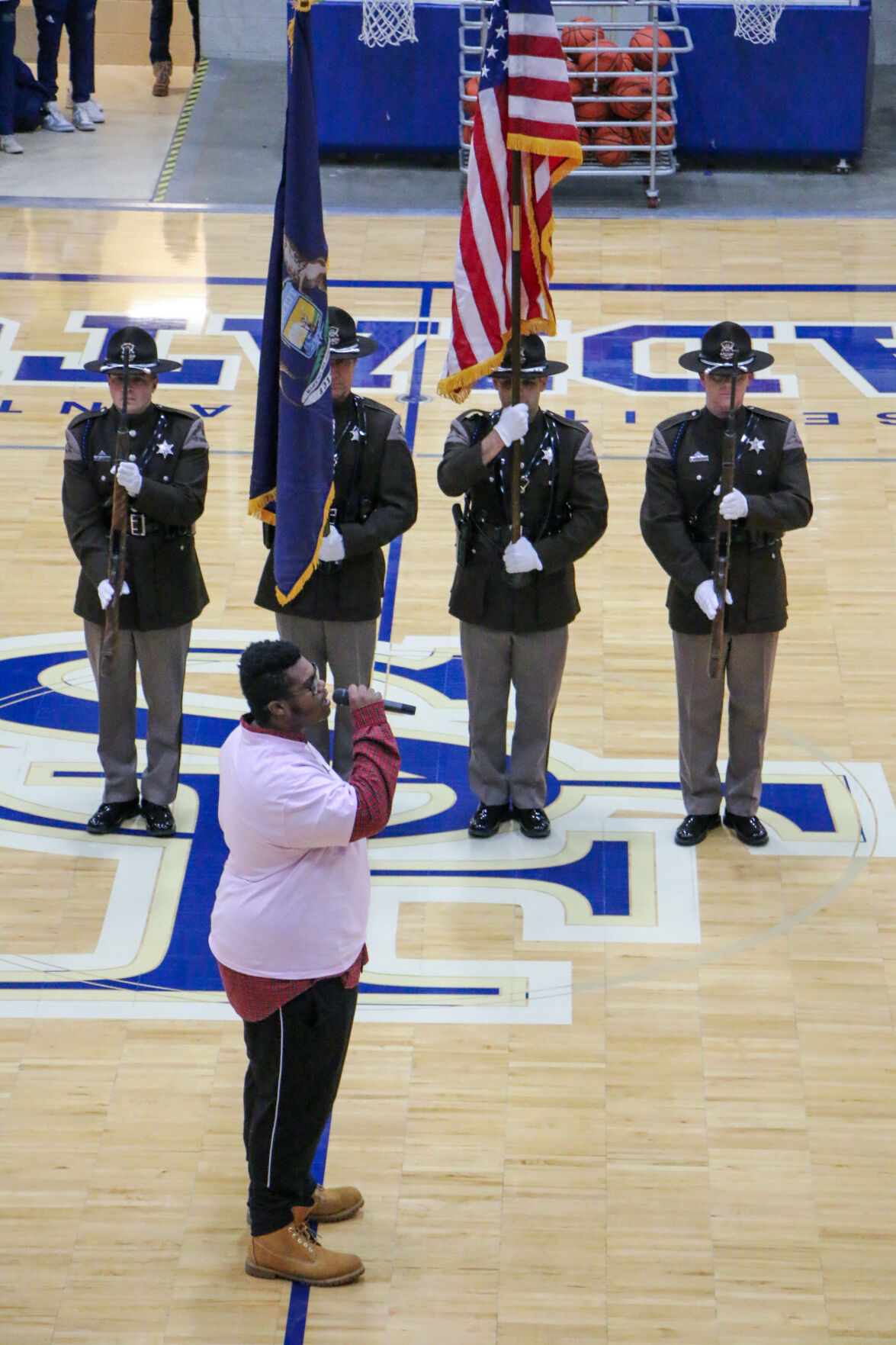 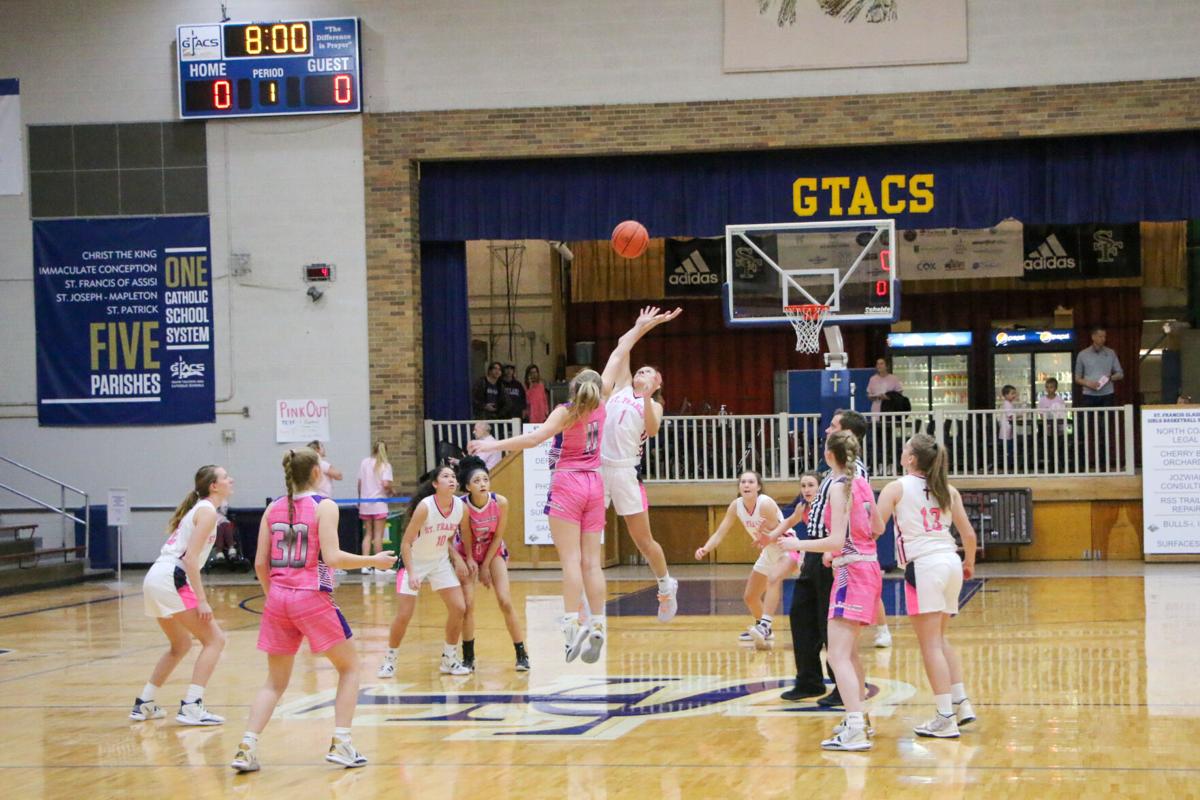 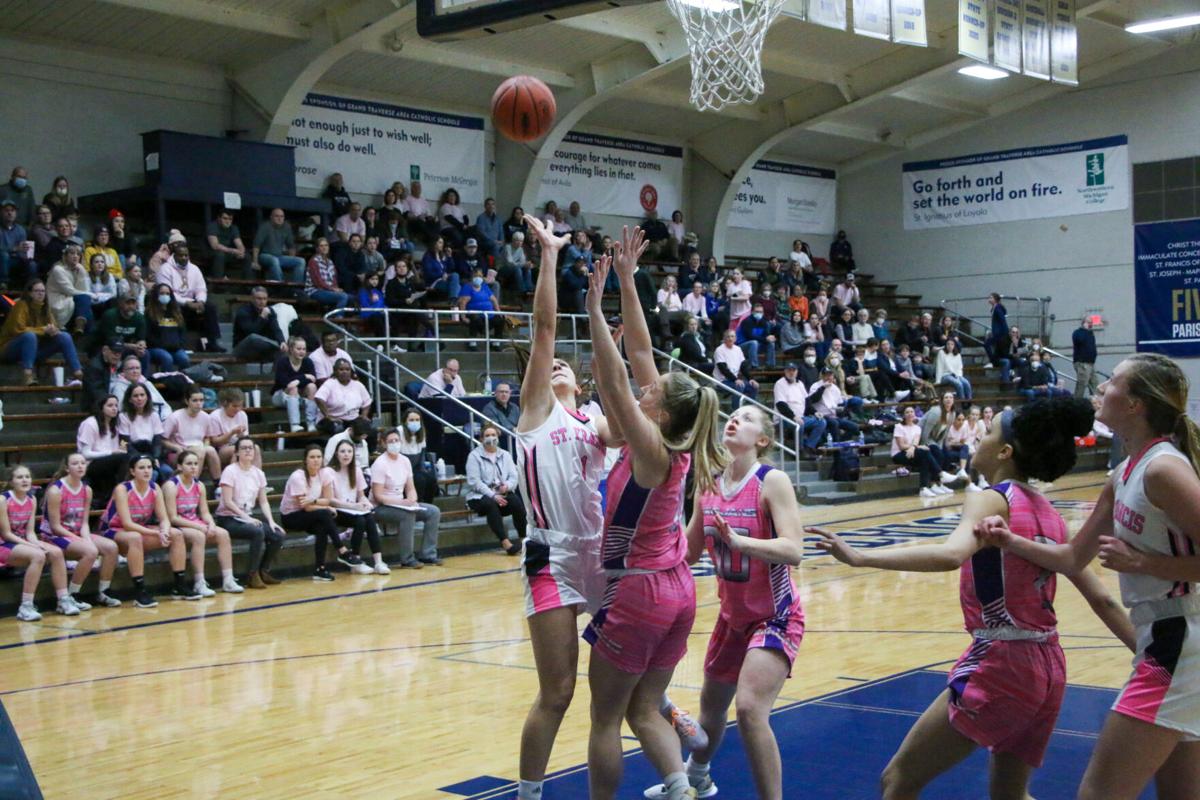 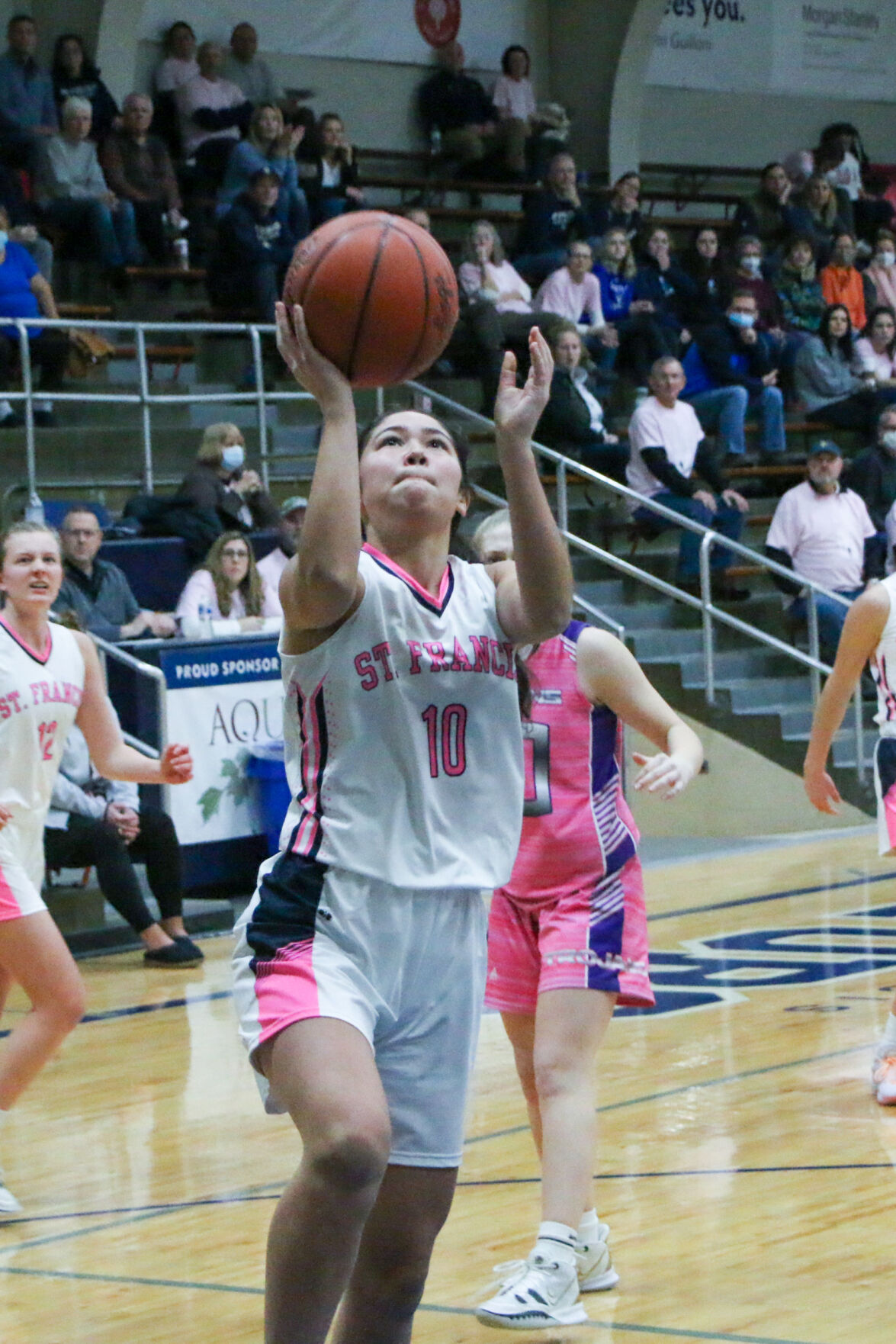 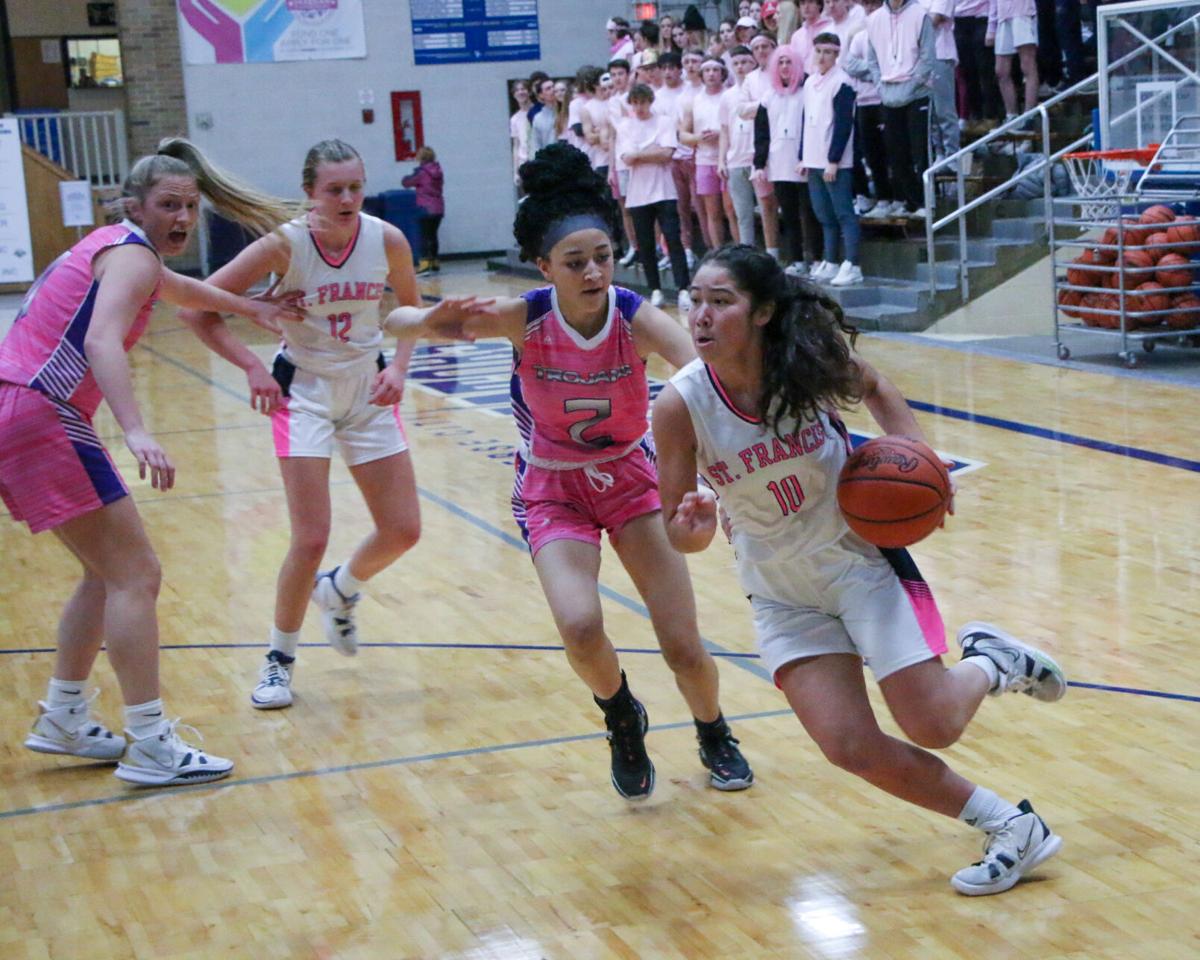 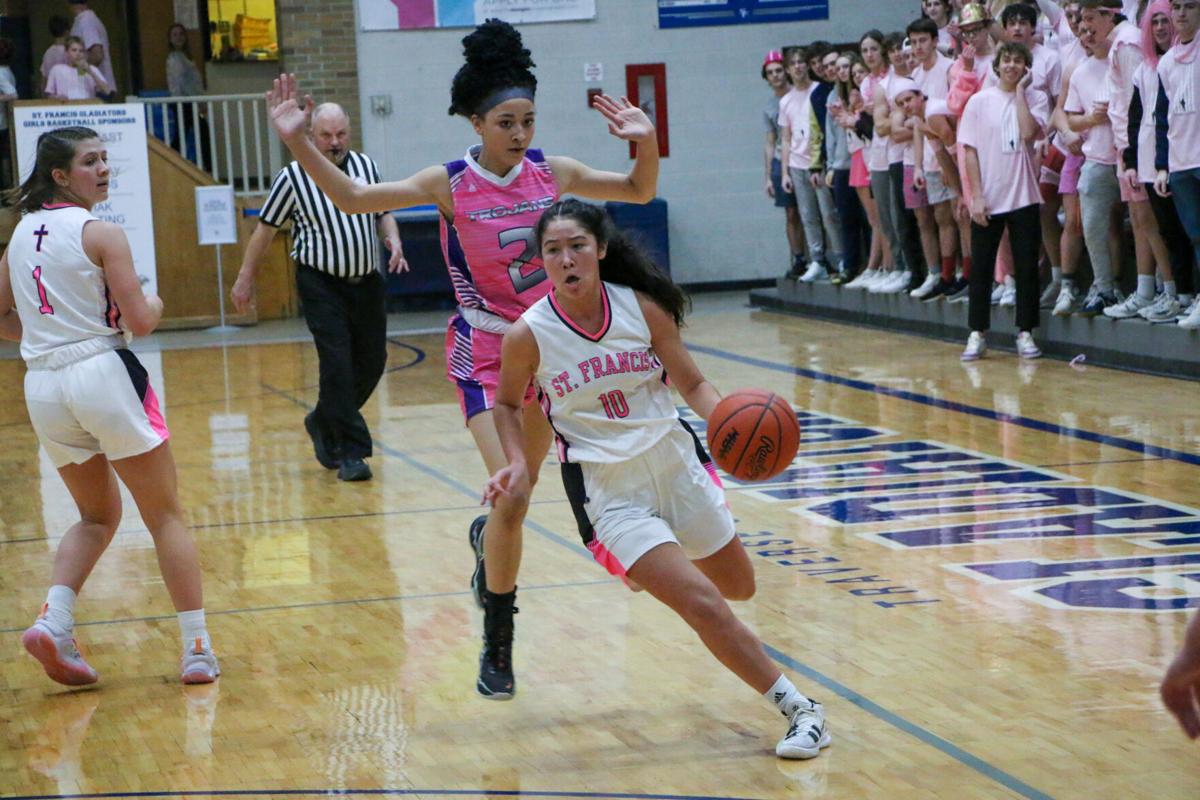 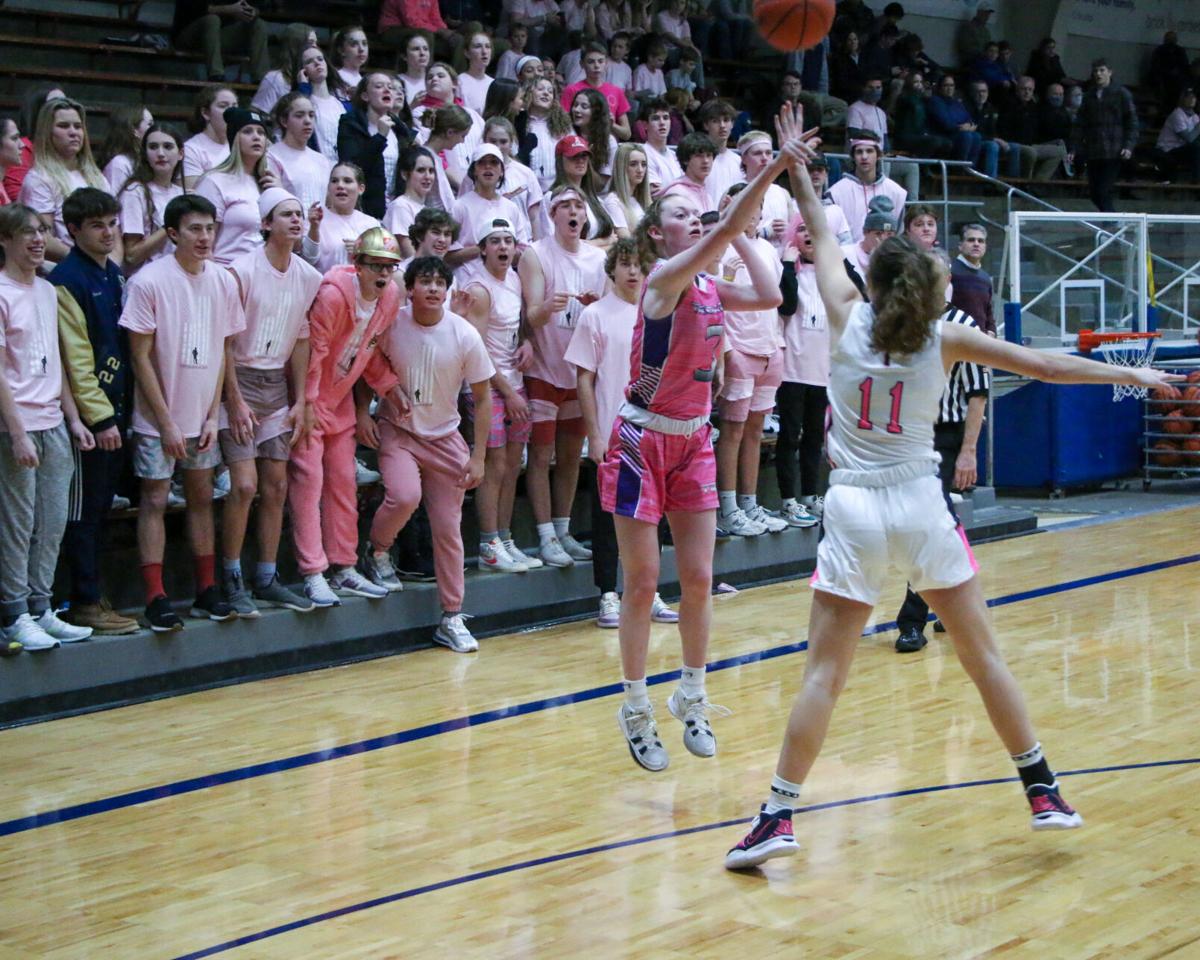 “There’s mixed feelings to it,” said Warren, who went from being Traverse City Central’s freshman coach from 2019-21 to Traverse City St. Francis’ head coach this winter.

In the end, the Trojans beat the Gladiators 49-40 Wednesday night at TCSF for their fifth straight win. Central was led by freshman Jakiah Brumfield’s 10 points, which included a buzzer-beating 3-pointer at halftime, seven assists, three rebounds and a steal.

“It’s always a big rivalry. I almost feel as if it’s as big as West,” said Trojans’ head coach Jen Dutmers, who is also in her first season at the helm. “While they’ve known each other forever, they’re really competitive with each other. It was really nice to get that win and just to keep our momentum going, too.”

Central (5-1) looks to continue its hot start in its Big North Conference opener Friday at Cadillac — which has won the BNC the last three years and lost only one conference game in that stretch. The Vikings’ big loss is Molly Anderson, a Grand Valley State signee.

Gaylord beat Cadillac in its lone BNC game in December, then the Vikings beat Alpena in overtime the week after. The Trojans have the most overall wins among its league opponents by two games.

“We’ve had a pretty good start to the season this year,” Central junior Ashlen Hill said. “This is definitely contributing to the wins, it’s just going to keep us in motion and keep our momentum going.

“If we keep playing and keep working harder like we do, I think we’re going to be just fine.”

The Trojans will have freshman center Lucia France back for Friday’s game after a two-week absence. She and Brumfield, both varsity freshmen, have been key defensive contributors.

“She was all over the place tonight,” Dutmers said of Brumfield.

St. Francis scored the opening basket, but the Trojans rallied back with four points to lead the rest of the game. They were up 11-10 at the end of the first quarter, 20-16 at halftime and 38-26 at the end of the third quarter.

“When we came out in the third quarter, our shooting percentage shares go up,” Dutmers said. “We were running things a little more smoothly. We also put in a little more of a trapping press, and we started boxing out a bit better.”

St. Francis junior Maggie Napont led the game with 15 points followed by Gwyneth Bramer with eight and Colleen Hegewald with seven. The three leading scorers all returned from the year prior and a Gladiator team that didn’t feature a senior.

The Gladiators (5-2) travel to Boyne City for a Lake Michigan Conference game Friday.

“They’re a tough group. They like to win and they play hard,” Warren said. “We have a league game Friday that we have to get ready for tomorrow, so we don’t have too much time to think about this.”

While it was a sequel to Tuesday night’s double-overtime win for TC St. Francis, Wednesday served as a sequel of its own to a Jan. 7, 2020, fundraiser game for the Trojans’ and Gladiators’ boys teams — renewing a rivalry for the first time in 15 years.

Players from both teams joined arms before the game at midcourt as Warren presented a $710 check to representatives from Veterans in Crisis and the American Cancer Society.

The TCC boys will play at TCSF next year for the same fundraiser.