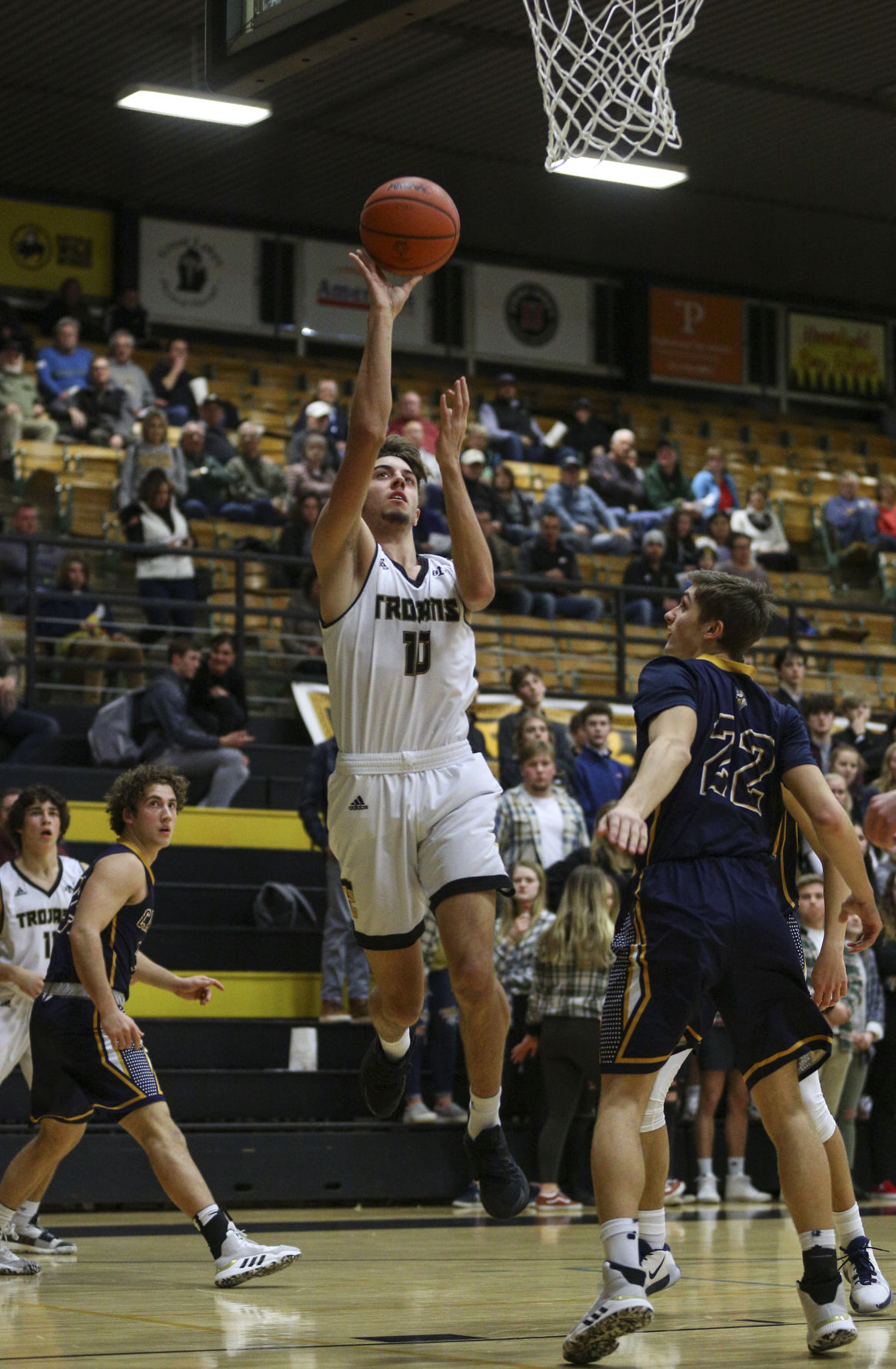 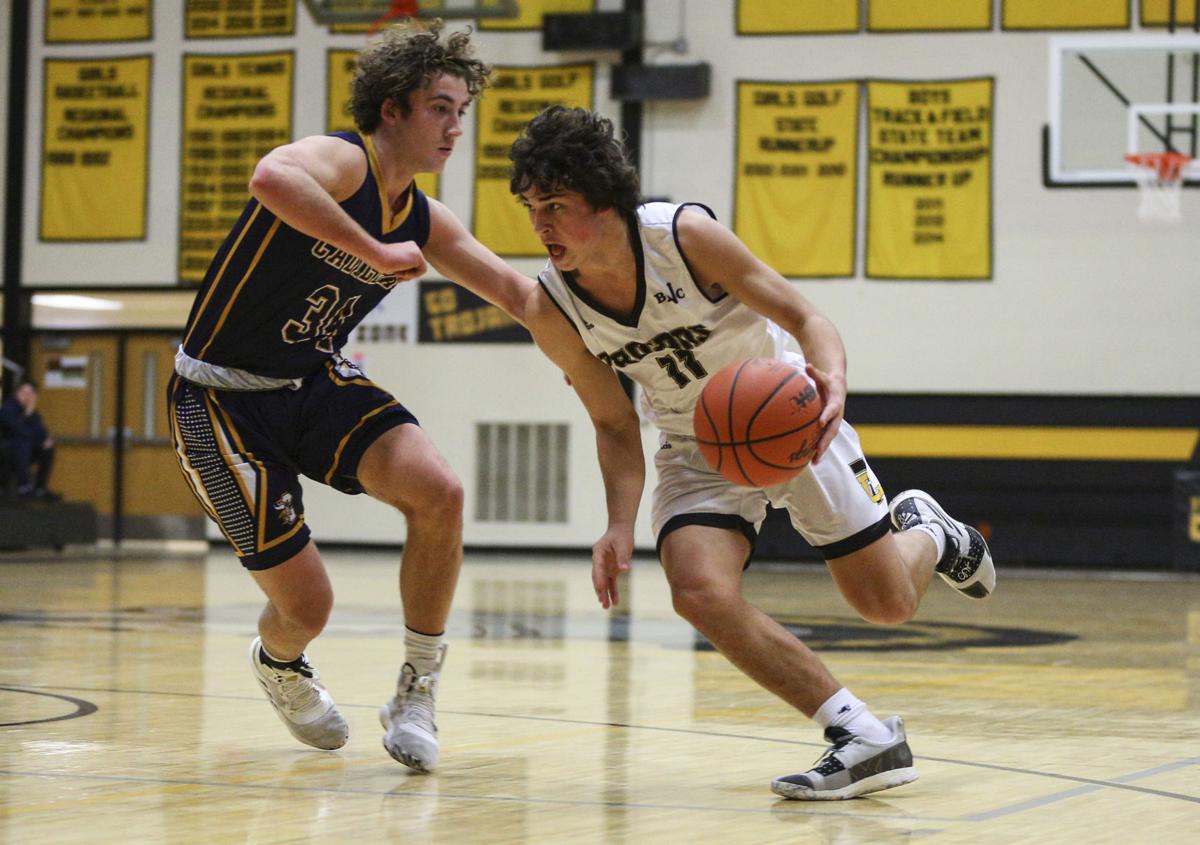 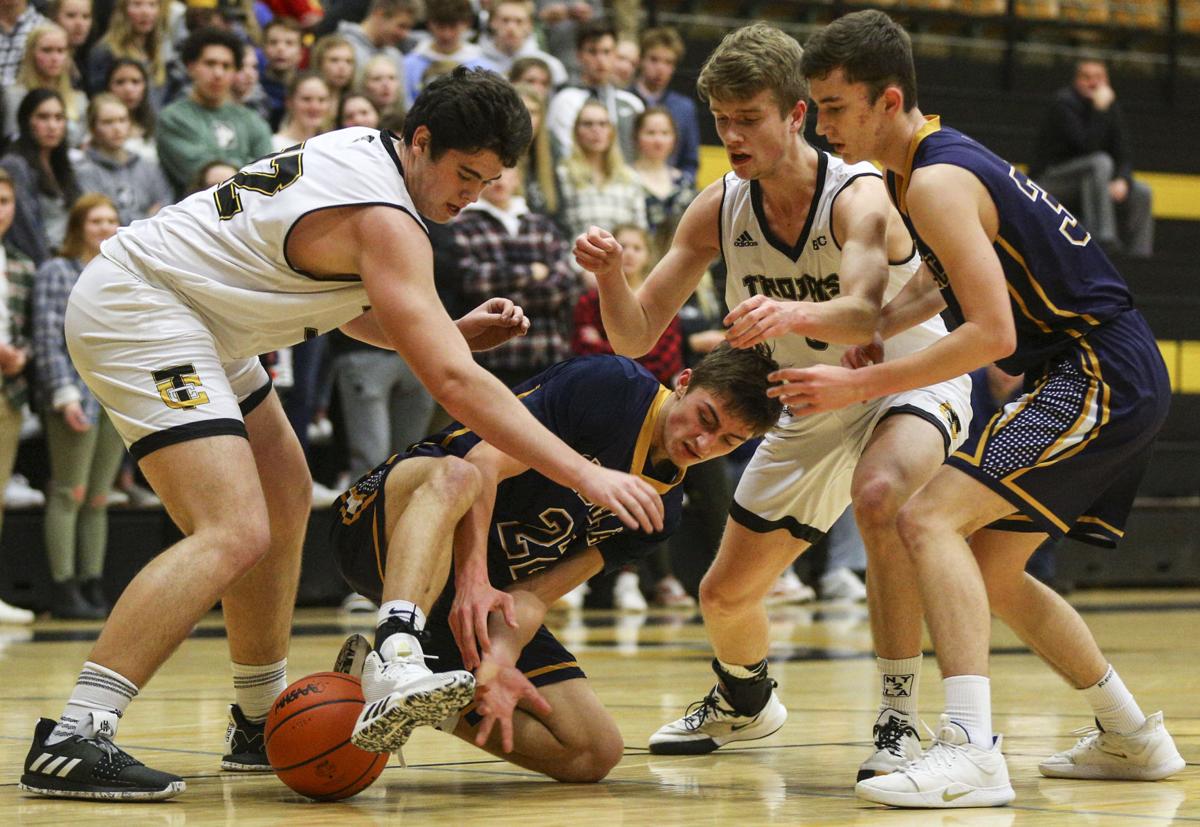 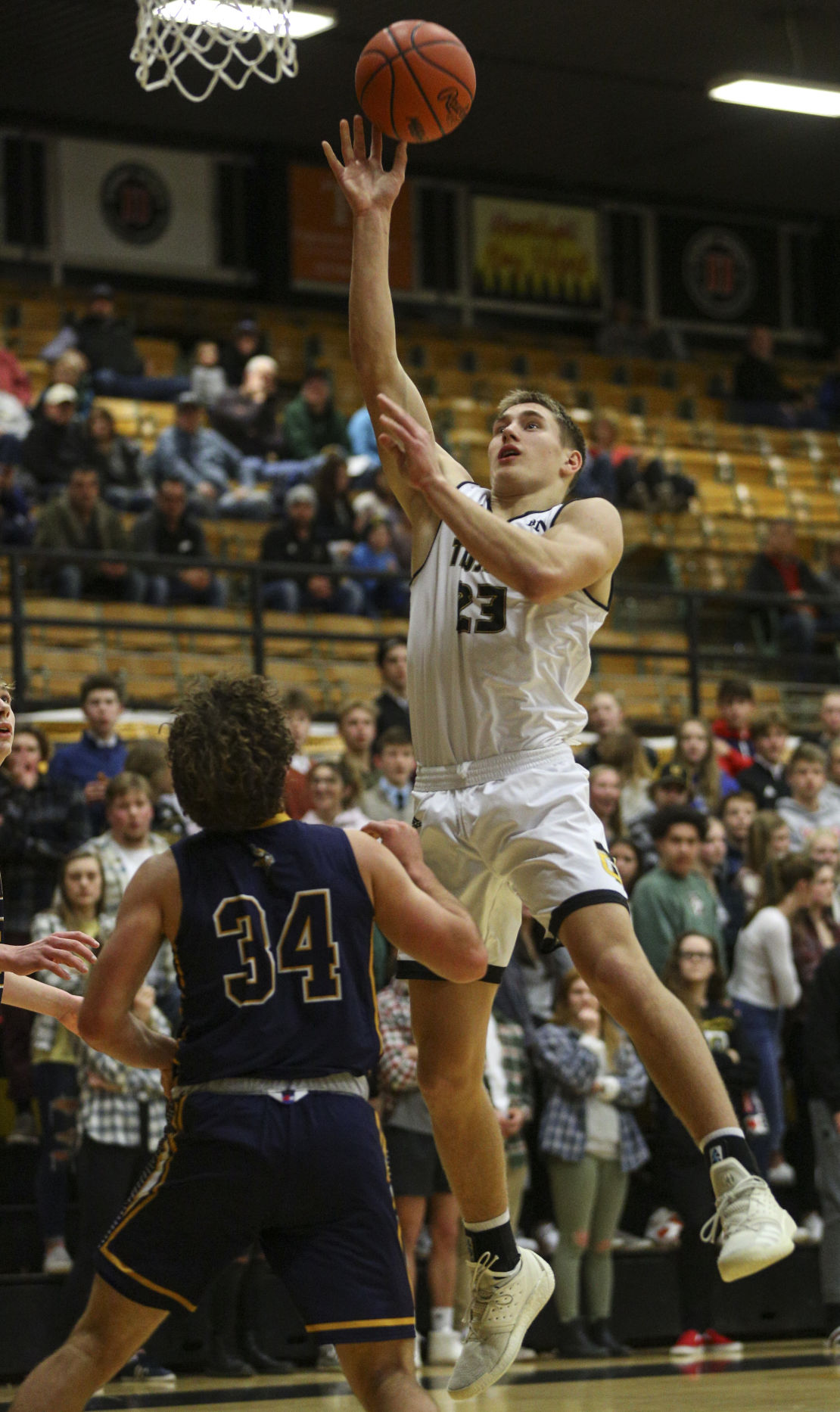 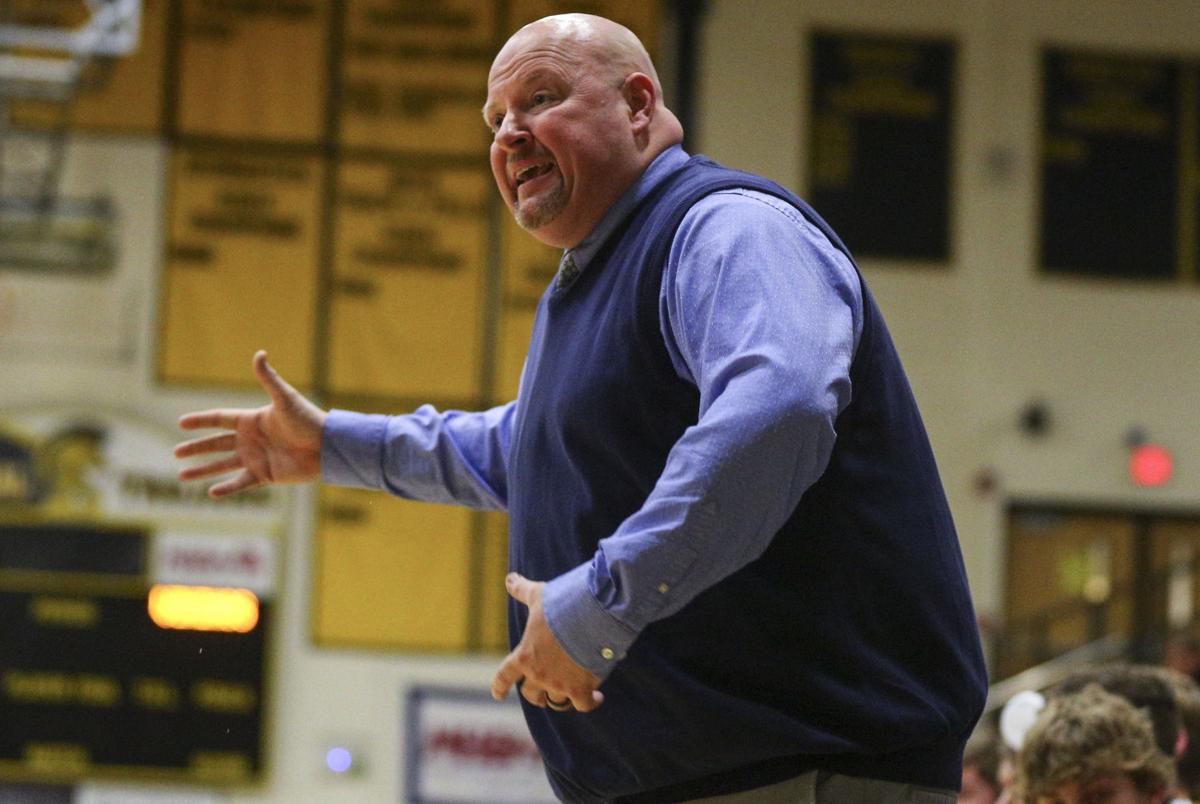 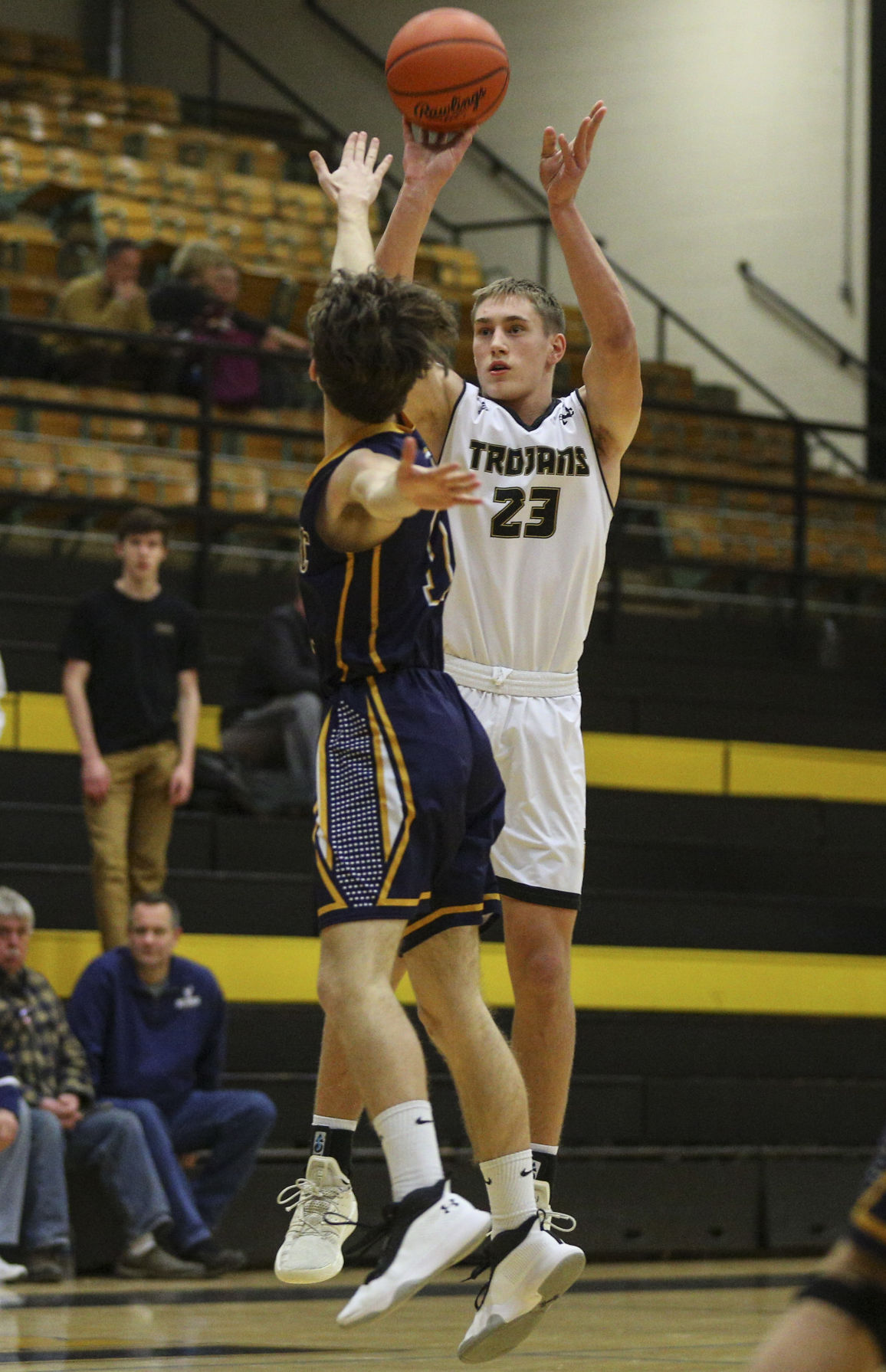 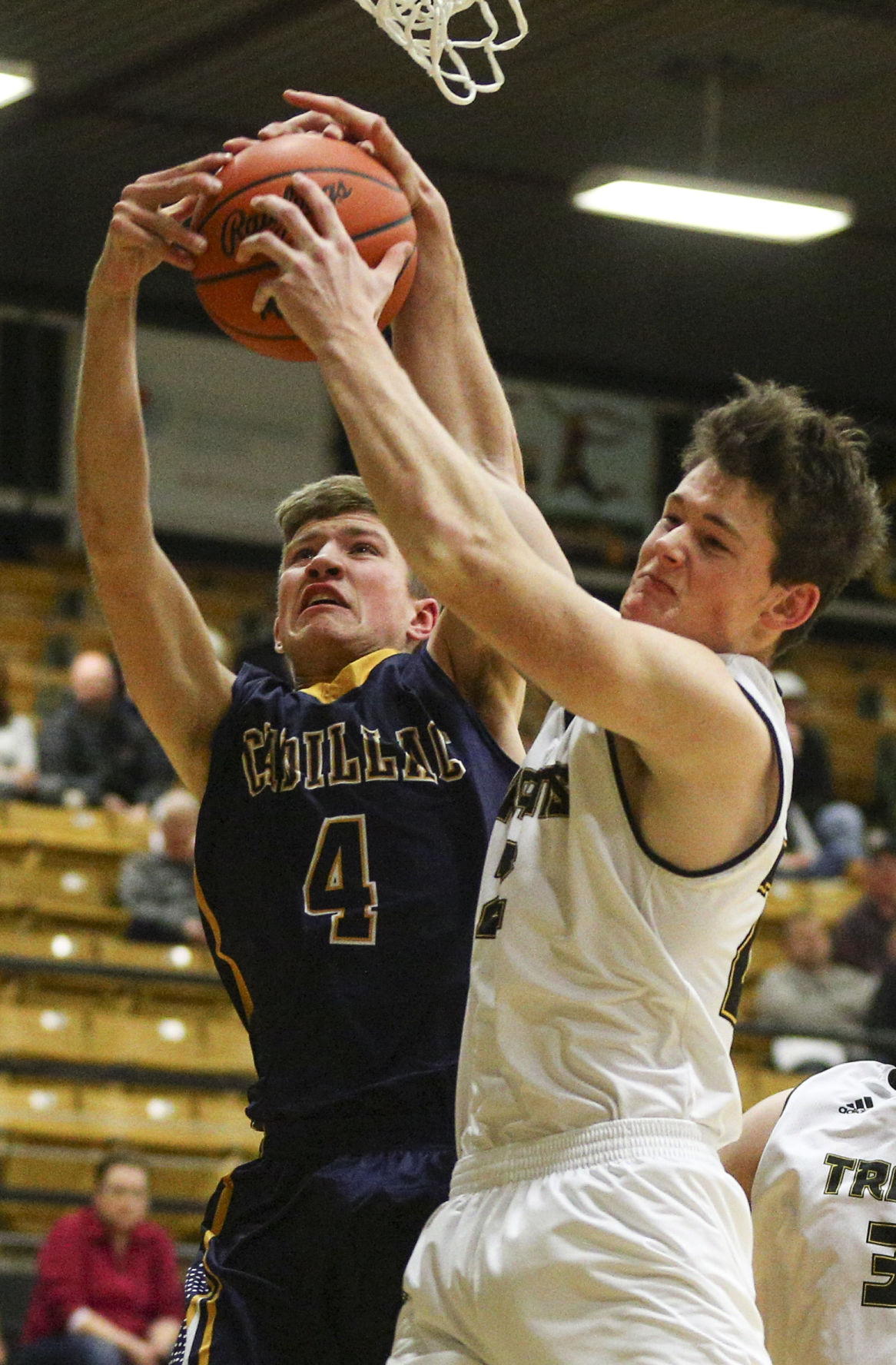 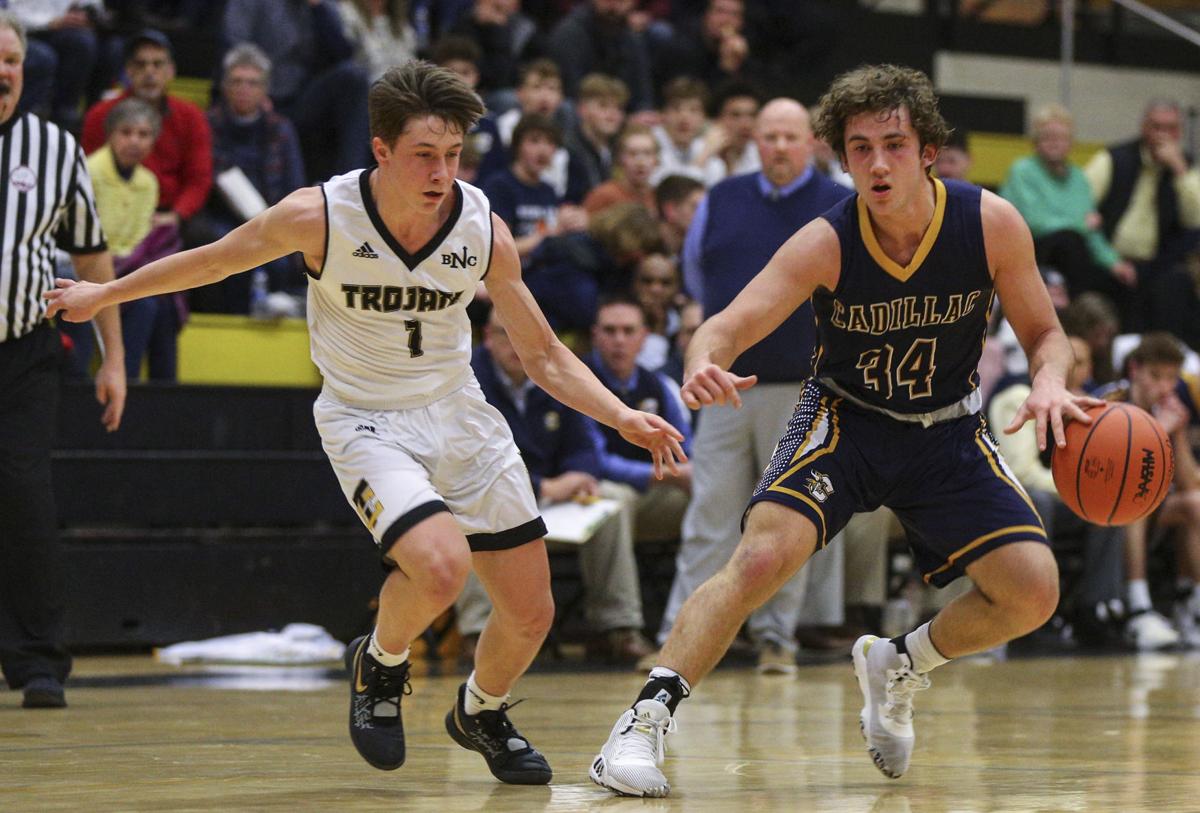 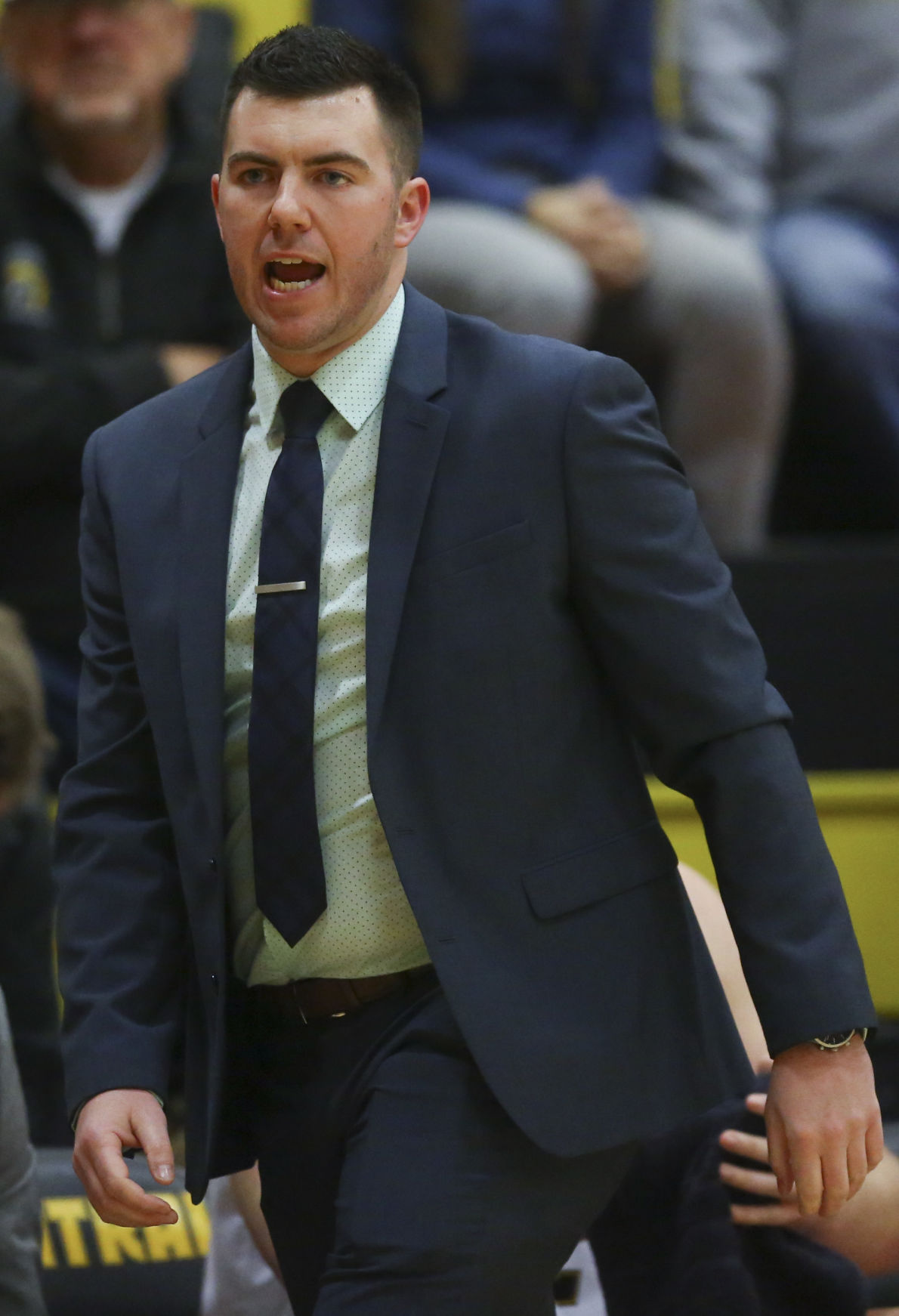 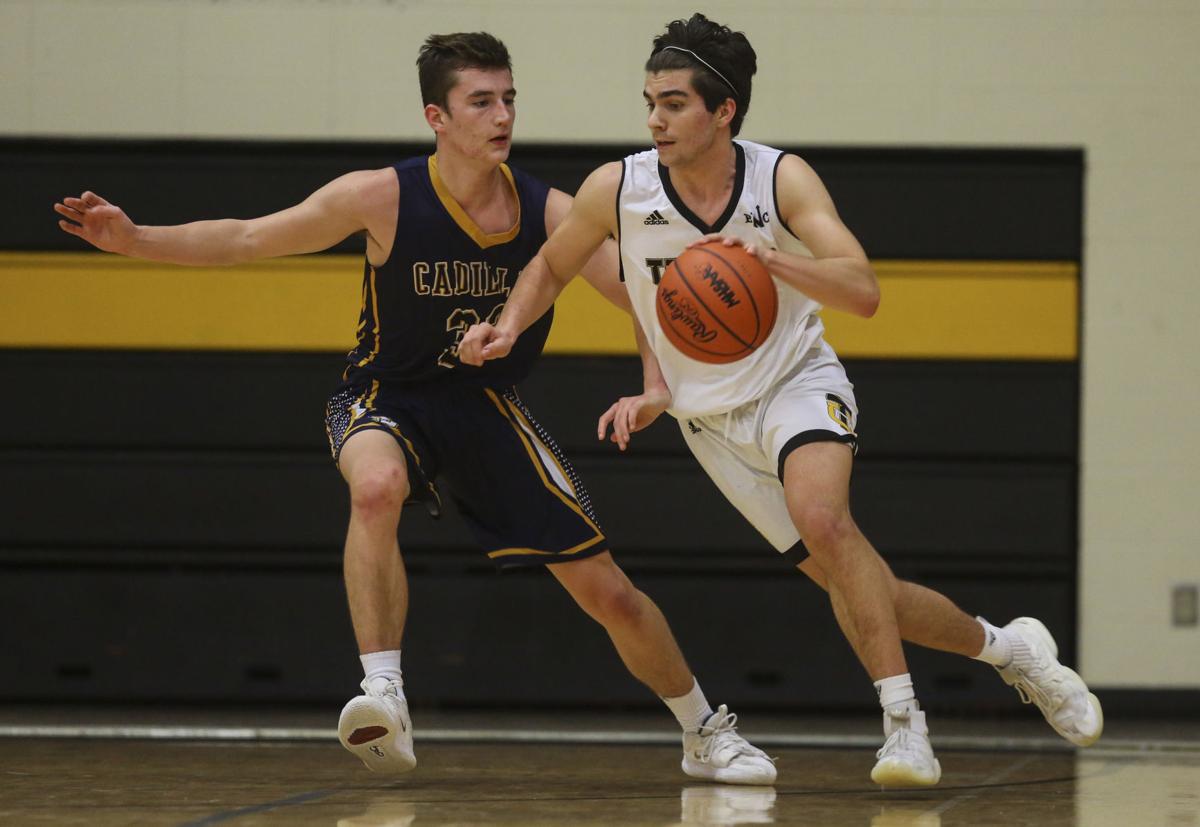 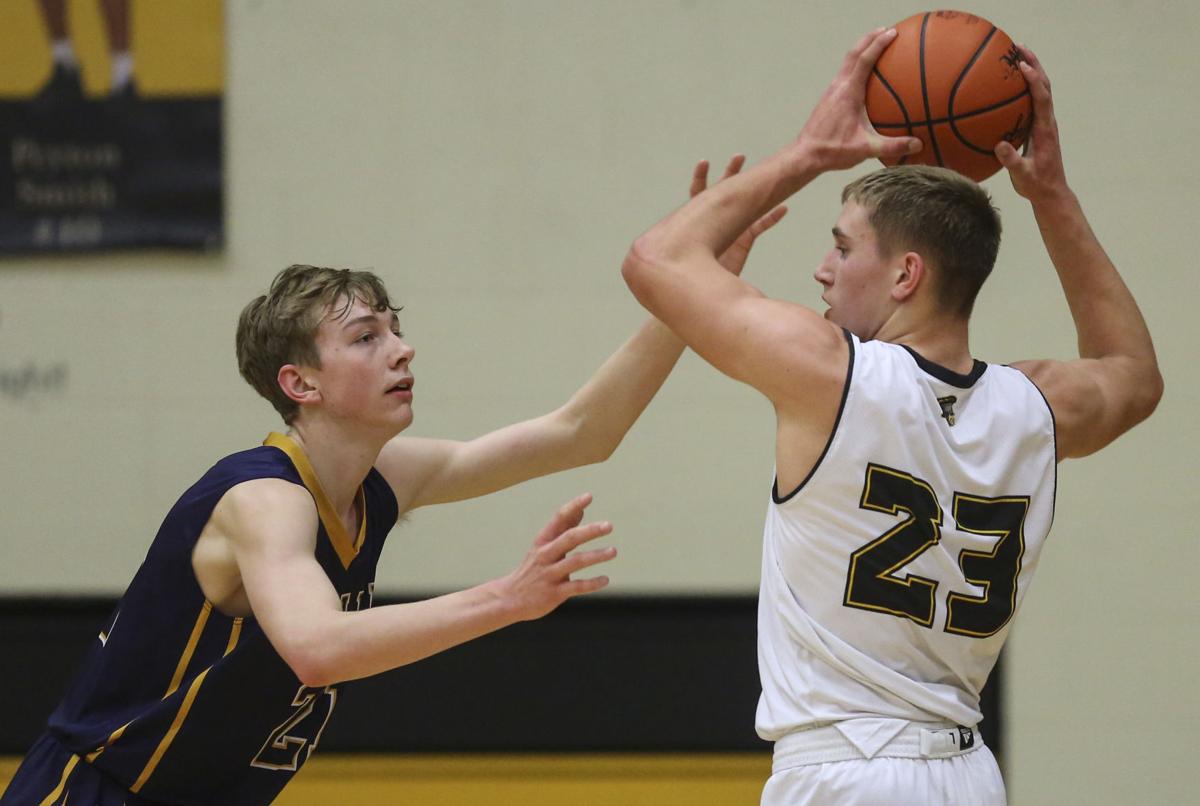 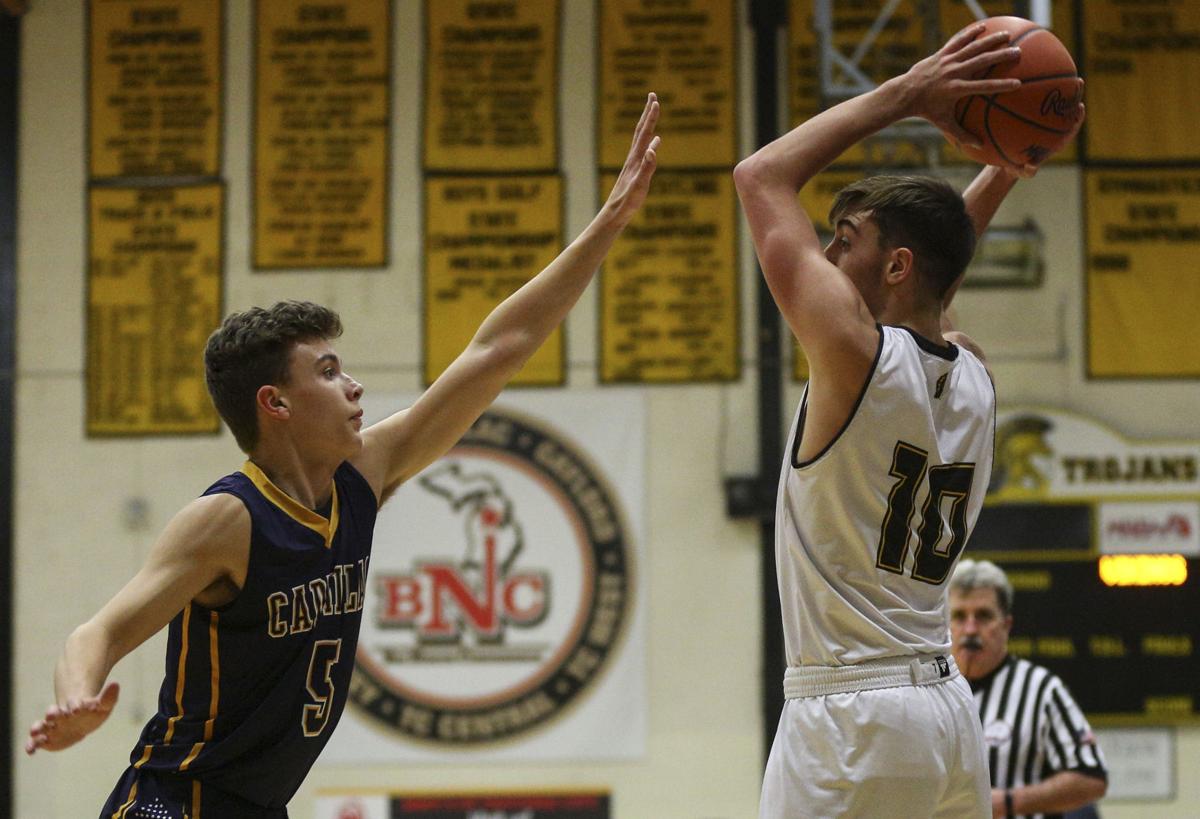 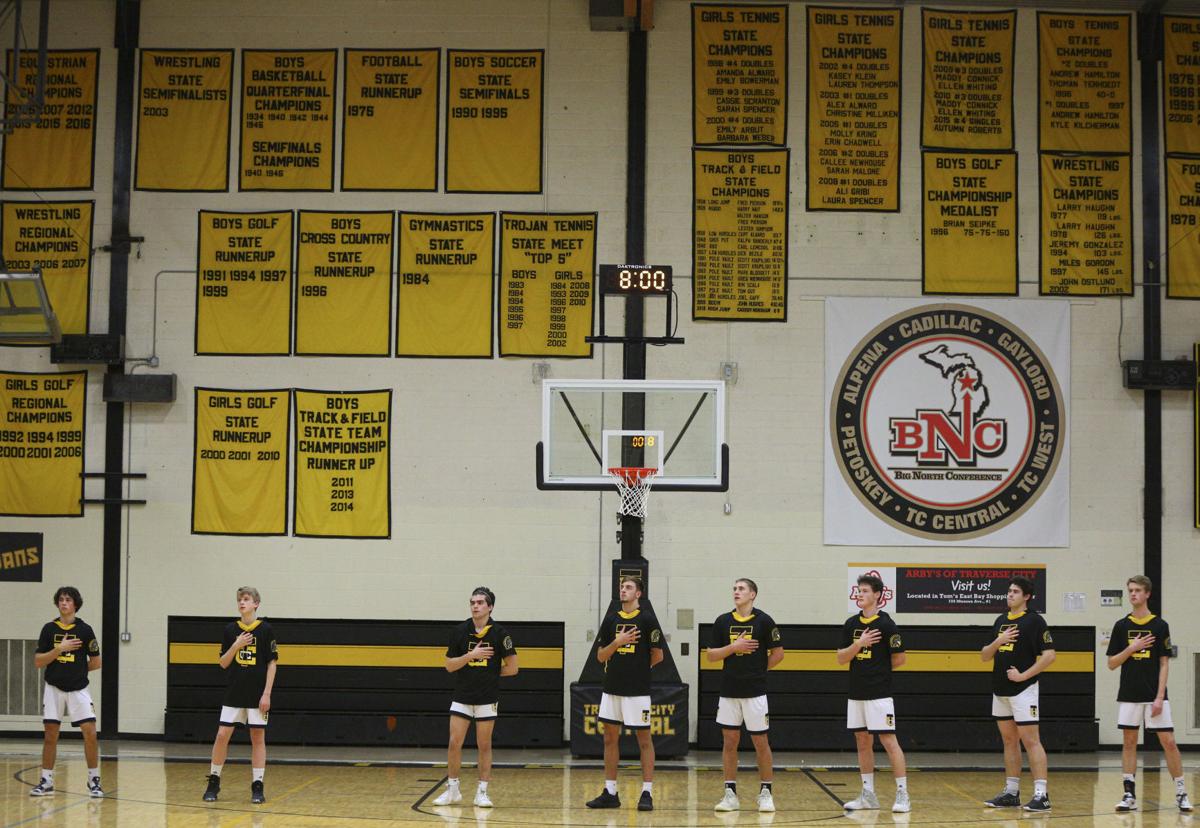 Especially when it is to join a Big Ten school like Traverse City Central’s Peyton Smith.

Smith said it put a little “pep in his step,” as he led the Trojans boys basketball team to a 50-37 victory over No. 9 Cadillac just one day after committing to the University of Michigan to play football as a preferred walk-on.

“I don’t know if it was him signing his letter-of-intent to Michigan the other day or what,” Trojans head coach Travis Schuba said. “But if that’s the case, we’re gonna have to let him sign next week, too.”

Smith nearly tallied a triple-double in the win over the Vikings, who were tied with Petoskey atop the Big North Conference prior to this game. Smith pushed the ball and set the tone early, leading to a 13-4 lead at the start of the second quarter after seven points by the senior in the opening stanza.

Smith ended up with 14 points, 11 rebounds and eight assists — unlike when Cadillac was able to stop him when they played back in December.

“I thought Peyton Smith controlled the game tonight,” Vikings head coach Ryan Benzenberg said. “We were able to keep him in check at our place, but he dominated early in the game tonight.”

The Vikings fought back after the early deficit and made it a one-point game at halftime. Cadillac closed out the first half with a 10-3 run, but the Trojans shut down their run coming out of the break while leading 19-18.

The Trojans broke off 10 straight points immediately after exiting the locker room to grab hold of the lead they would never relinquish.

“Last game at the start we got up early on them and it really brought them down,” Smith said of Cadillac’s 47-41 overtime win over Central in December. “We knew what we had to do. We already did it in the first quarter so we just had to match that and that is exactly what we did.”

The Trojans outscored the Vikings 18-10 in the third quarter and held them at a safe distance the rest of the evening.

The Vikings had issues shooting from the field, knocking down only 2-of-20 3-pointers, and were stifled by the Trojans multiple 6-foot-6 defenders under the basket.

“I give them credit, we shot bad and they’re a big reason why we shot bad,” Benzenberg said. “They were more physical than us tonight. I mean, it’s hard to win on the road in this league. You gotta have your best all the time.”

The Trojans also outrebounded Cadillac by six, something Benzenberg said is a big predictor of the Vikings’ success or failure.

The win marks the ninth in-a-row for TC Central and puts them back in the conversation for at least a share of the BNC title.

“At the start of these nine games, we sat there and talked as a team and told each other we weren’t going to lose another game,” Smith said.

The Trojans have the worst of their schedule behind them as they will host four of their last five games at home — all against BNC foes.

“We knew that we had this homestretch coming,” Smith said. “We had to get this big win to start and use it to keep on the roll for the next four games.”