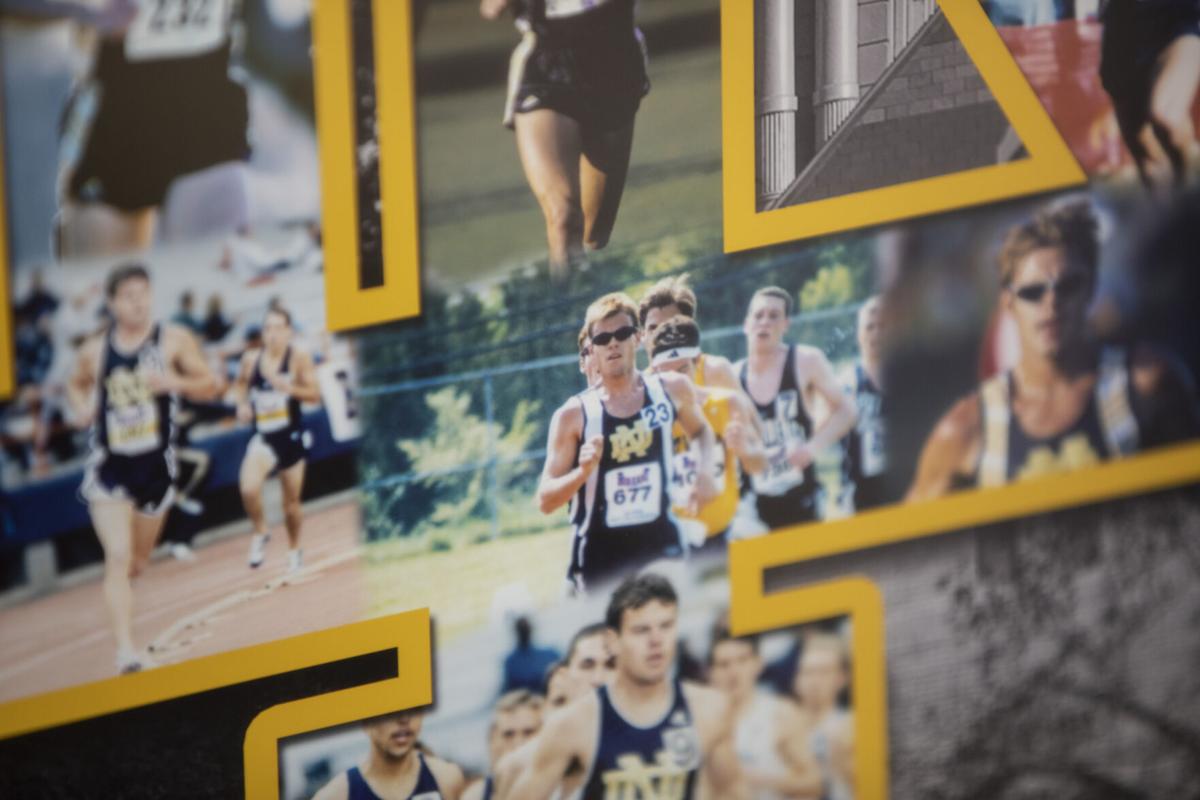 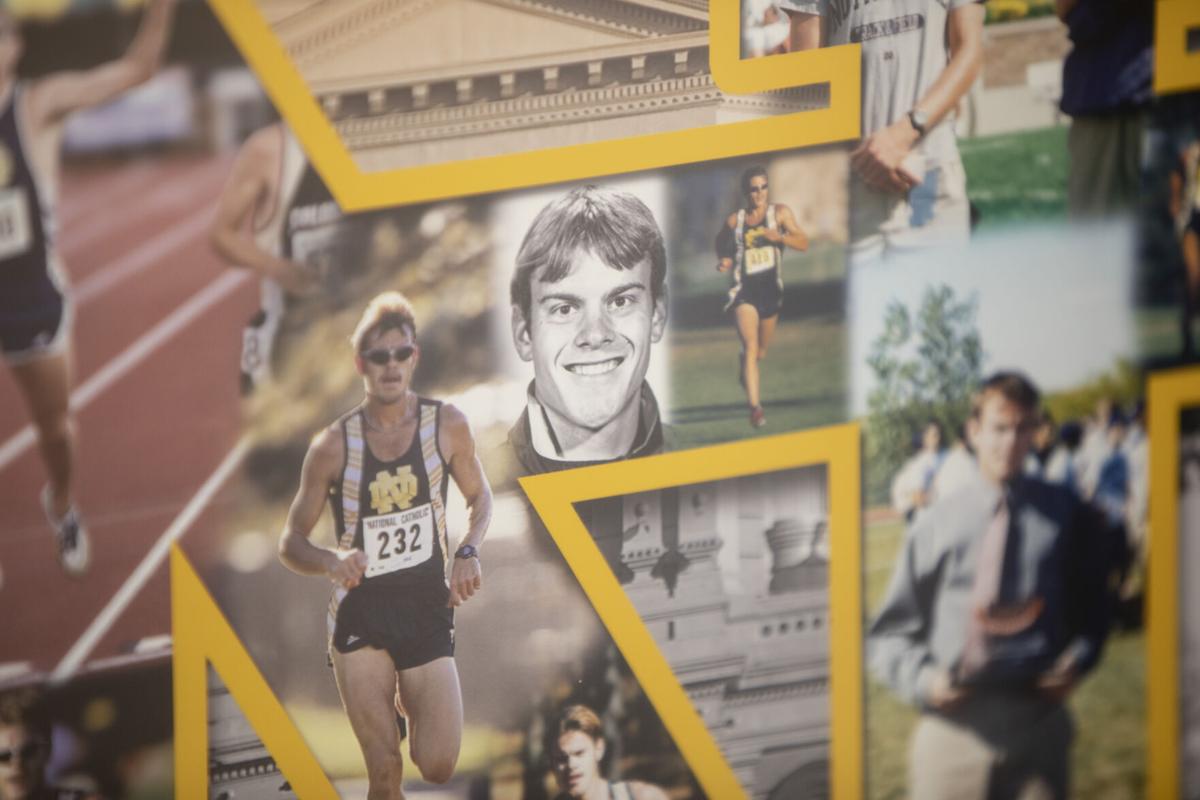 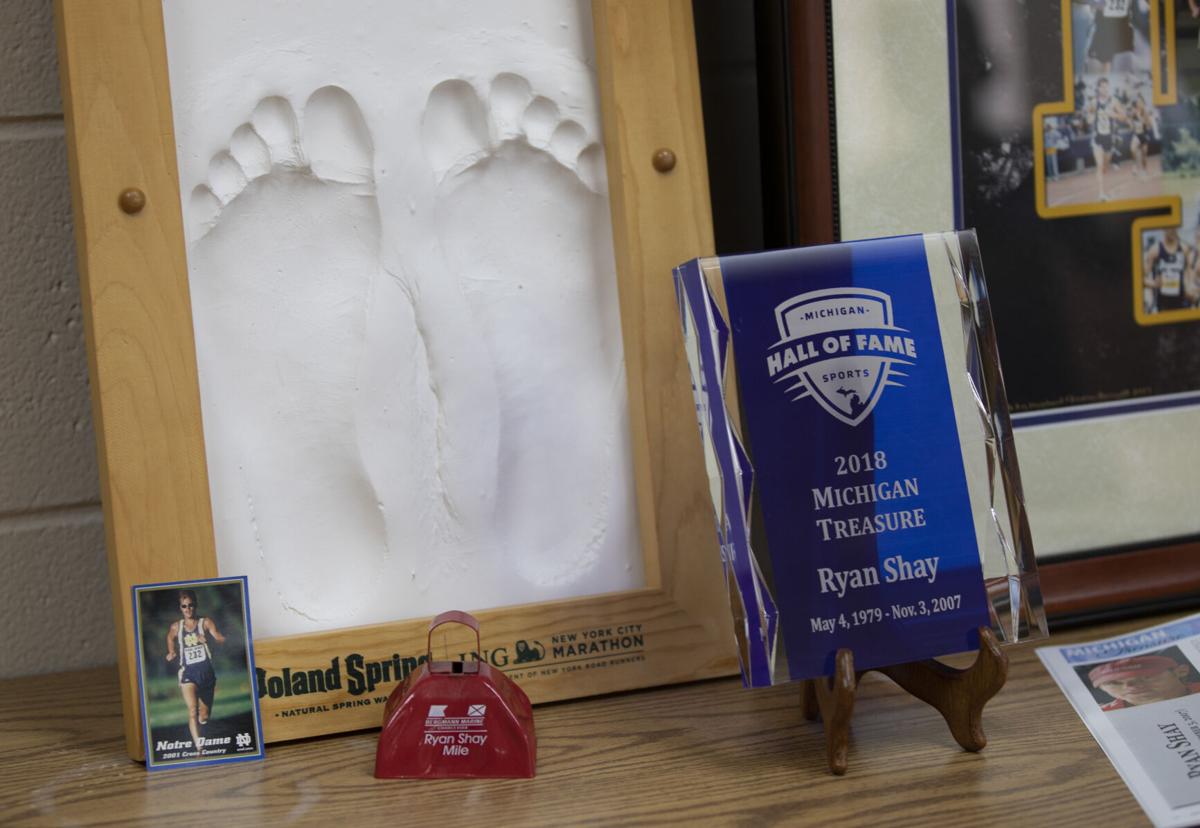 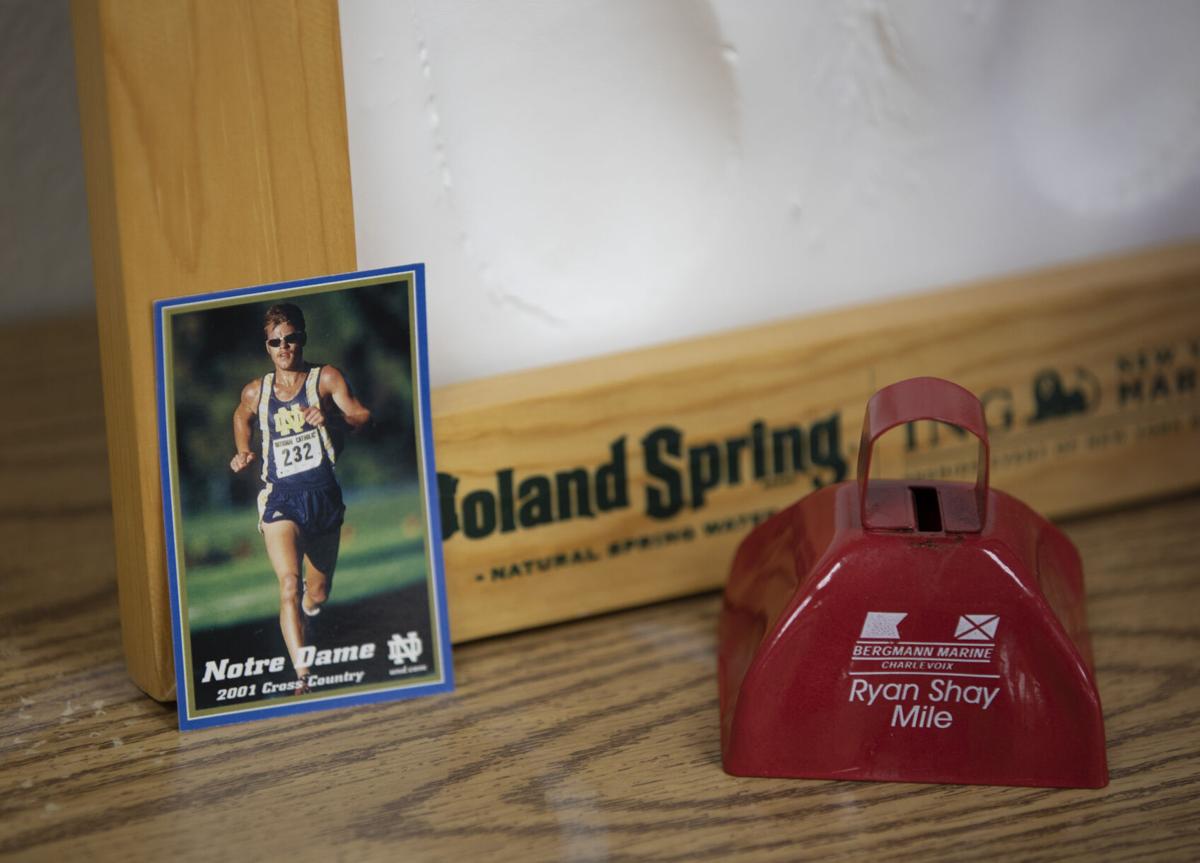 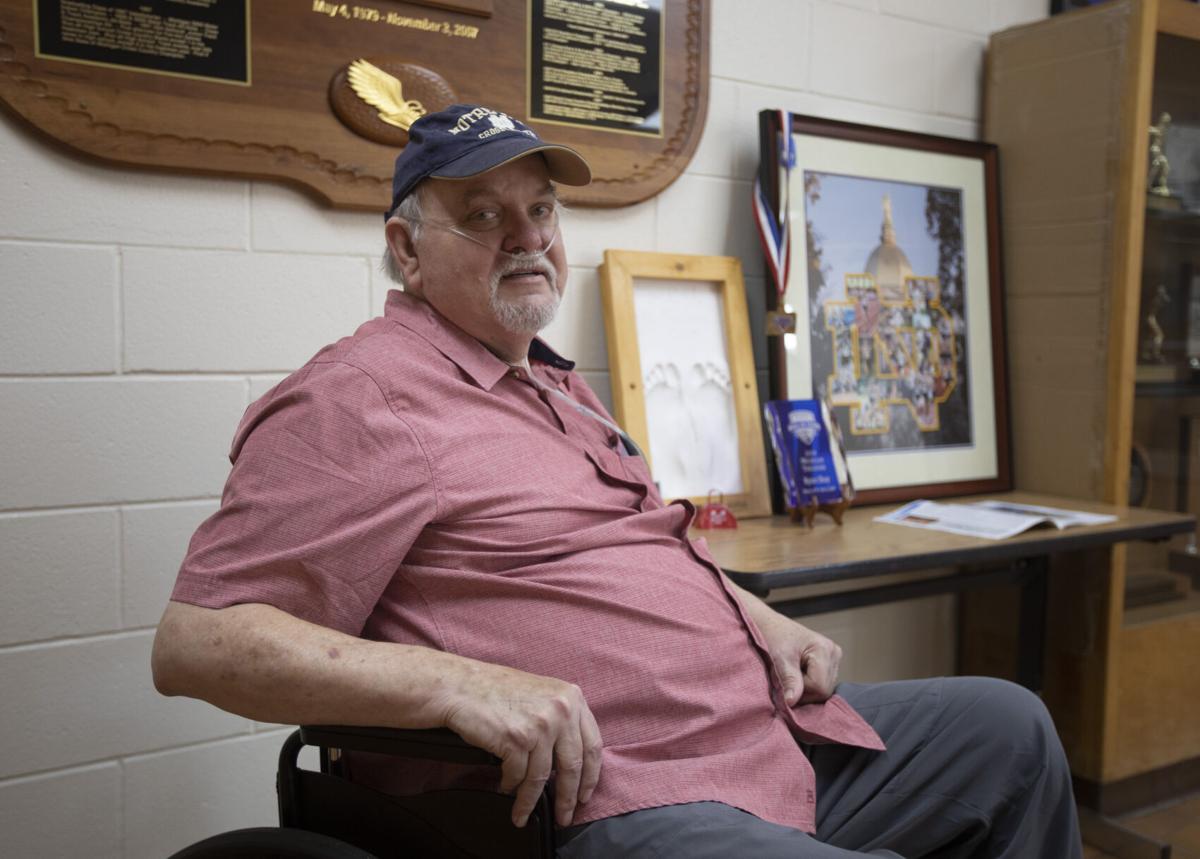 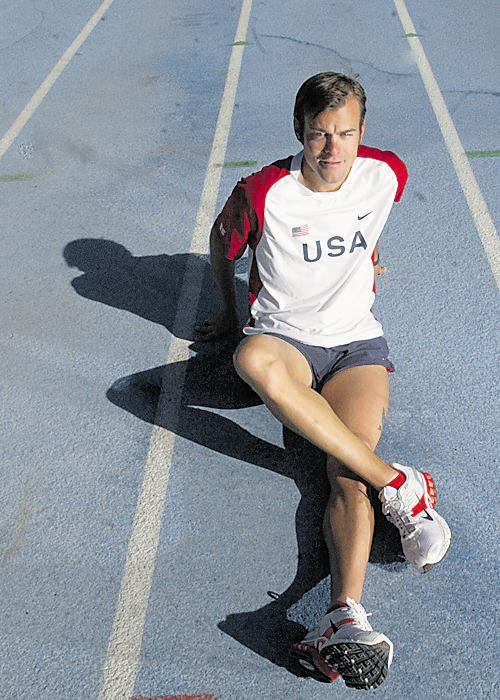 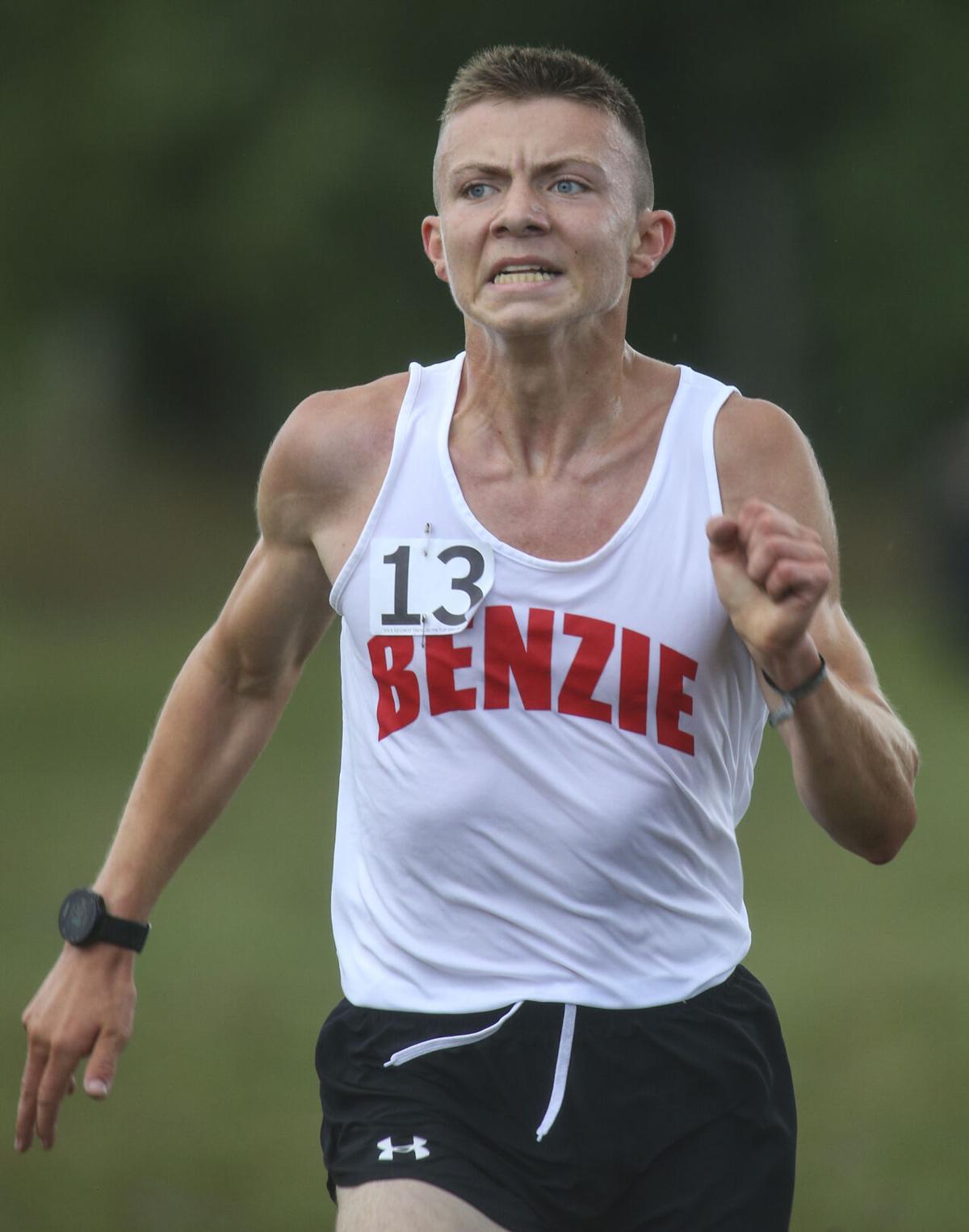 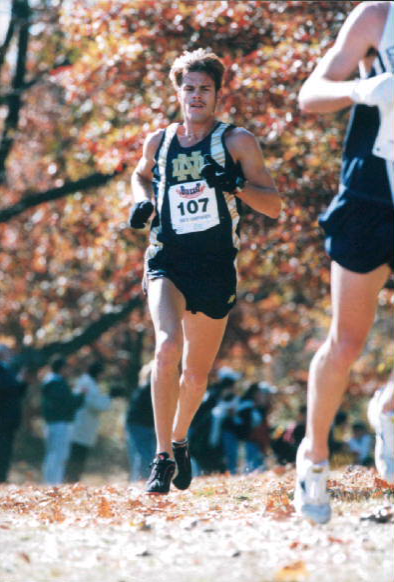 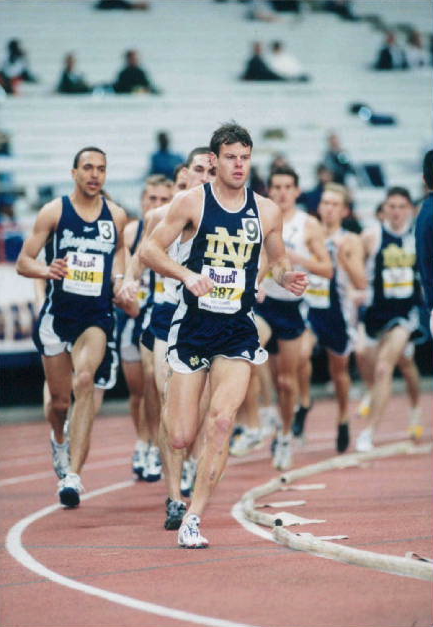 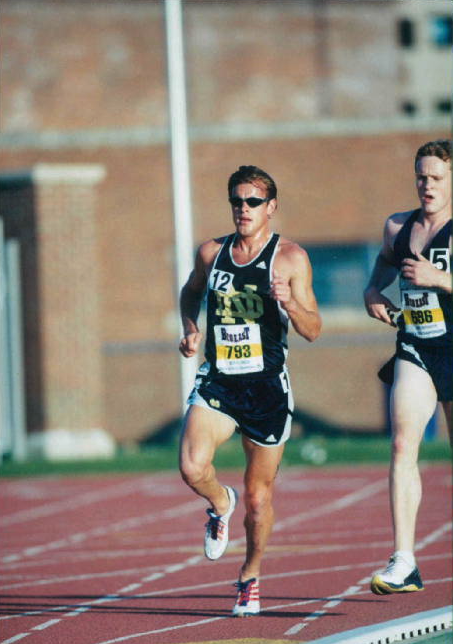 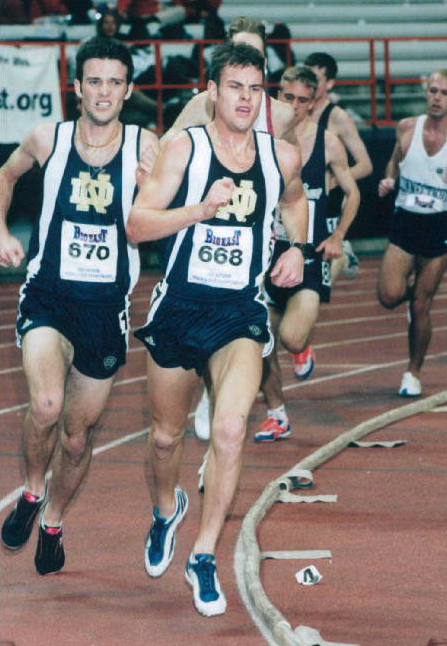 Editor's note: This article was published in "The Playbook," a special publication from the Record-Eagle previewing the fall 2021 high school sports season. Click here to read The Playbook in its entirety online.

CENTRAL LAKE — Asa Kelly entered his Benzie Central cross country team in the Central Lake Invitational in September of 2019 for one reason.

It was well known that Kelly was a coaching young runner who was going to be special — Hunter Jones — and there had only been one other runner in the Traverse City area cross country history who runs like him.

“He told me that I reminded him of his son,” Jones said.

Ryan Shay is the only male runner in Michigan history to win four straight cross country state championships in the Lower Peninsula. He won every race of his high school career after the third meet of his freshman season including four Michigan Class D state championships from 1993 to 1996.

Two years after that raceday meeting Jones has made his mark on the state’s cross country scene for underclassmen. He won the Division 3 state title as both a freshman and sophomore and has his eye on two more titles to join Shay as the only male runners to complete the state title sweep in the lower half of of the state.

“Ryan would be the first one to say records are made to be broken,” Joe Shay said.

Added Ryan’s mother, Susan Shay: “He would be happy to see especially American runners succeeding in that man.”

Ryan Shay died in 2007 at the age of 28 after collapsing 5.5 miles into the U.S. Olympic marathon trials. His legacy as a small town runner who went onto be an all-American at Notre Dame inspires many — Jones included.

“I really wanted Joe to see Hunter,” Kelly said. “I wanted him to watch Hunter run and I wanted him to have a conversation with Hunter. I thought he would appreciate that being Ryan’s dad, and he did.”

Joe Shay, too, came to the meet prepared to meet Jones.

“Pete Moss would have had a ball coaching that kid,” Joe Shay said.

Joe resisted emotions as he said he sent Kelly and Jones off with an enlarged photo of Moss — the namesake behind Benzie’s large cross country meet Jones won as a sophomore.

“That’s what I was excited about more than anything,” Joe Shay said.

Asa Kelly and his wife Traci — who were both collegiate runners during the same years as Ryan and are close with Joe Shay — also see many similarities between Hunter and Ryan.

Traci Kelly, a Suttons Bay graduate who was a distance runner at Indiana, even knew Ryan. While dating Ryan’s older brother Casey, the two would hang out when the Hoosier state schools ran in the same meets. Casey lived with Ryan in South Bend upon graduating from Lubbock Christian.

“You can see it in his (Hunter’s) eyes like ‘I’m going to win. I will push my body so hard enough. I’ve got to do whatever I have to do to win,’” Traci Kelly said. “Losing is not acceptable for him because in his mind, ‘I have trained hard enough, I’m going to win.’

“Ryan was very similar to that. He wanted to win. All the time.”

Asa Kelly said Ryan and Hunter are built the same way as athletes. He also said they share a race trait he called an “attack mentality,” where a runner starts a race fast and ends it faster.

“They’re the type of kids that can do 100 push ups or 20 pull-ups. You just don’t see cross country runners like that, and that’s how Ryan was built,” Asa Kelly said. “They would never back off the gas and it’s one of those ‘I’m going to see how much I can hurt today and make everyone else hurt.’”

Many cross country and track coaches in the Traverse City area still have stories about Ryan.

Ryan played basketball his freshman year before focussing on running as a sophomore and junior. Ryan’s senior year, Central Lake basketball coach Quinn Berry said Ryan promised his dad he would run home from practice and after games to not miss a day of training for track season.

Berry recalls the bus rolling into town in an absolute blizzard — and he remembers their conversation vividly.

”Can I get into the locker room?” Ryan asked.

”Yeah. What do you need?” Berry said.

”I have got put my stuff on,” Ryan said.

”Coach, if I don’t run home, I’m breaking my commitment,” Ryan said, and away he went.

Then there’s the time when Ryan was in eighth grade and entered — and soundly won — a high school cross country meet in East Jordan.

Asa Kelly remembers a time when Ryan did the same thing as a high school senior — running unattached in a college track event at Houseman Field in Grand Rapids and winning that too.

“The first time I saw Ryan Shay run I said, ‘Either this kid is real good, or he is just not very smart on how fast he’s going out.’ I found out he was real good,” said retired TC Central track coach John Lober, who felt the same way the first time he saw Hunter race.

Joe Shay gets letters in the mail from runners who Ryan beat in high school.

”The only thing I can remember is he beat me by a half-a-mile — and I was second,” Joe says they would read.

Ryan went on to be a nine-time all-American at Notre Dame. He became the first Notre Dame runner to win an NCAA individual title with his win in the 10,000-meter run at the 2001 NCAA Outdoor Track and Field national championships. By the time he graduated Ryan held the Fighting Irish’s records in the both the 5,000-meter and 10,000-meter races. Both records have since been broken.

“He changed their thinking about how runners are. It’s a 24/7 kind of thing,” Lober said.

Traci Kelly recalled a conversation with Ryan where he said his competitor would have to run the “best race of their life” in order to beat him because he had done more than they had.

“Losing to somebody who hadn’t worked as hard as he was was just not acceptable for him,” Traci Kelly said.

An example: While at Notre Dame, Ryan lost the indoor 5K to a runner at Alabama by two seconds. The next day, a Sunday, Ryan got ran over by a car while out on a run (the snow helped cushion the fall).

”’What happened to you? You get into a fight or something?’” Joe Shay remembers Ryan’s roommate asking him as he returned to his apartment covered in blood.

”Why didn’t you go to the hospital?” his roomate replied.

”Well I still had to finish my run,” Ryan said.

“He finished the whole run after he got hit by a car,” Joe Shay said.

Younger brother Stephan Shay specifically remembers his brother returning to Central Lake as a professional runner to watch him race. That was when Stephan saw how much other athletes and other coaches looked up to Ryan — and they didn’t realize how much Stephan did too.

“When you’re younger you don’t realize how special that is,” Stephan said. “I looked up to him like the others who were excited to see him at the races. I was on the same boat.”

Former East Jordan cross country coach Matt Peterson said that watching Ryan do that at meets like the East Jordan Invitational spoke highly of his character.

“I remember being struck by (Ryan) just leaning against the fence, watching his brother run, and not making a big deal out of himself being there just supporting his brother,” Peterson said.

Peterson now coordinates the Ryan Shay Mile at Charlevoix’s Venetian Festival, which returned for its 13th year this past July. The race attracts professional runners from all over the country.

Stephan said those moments motivated him to perform his best when he knew he would be there. He ended up breaking all of Ryan’s school records at Central Lake but the 1600.

Stephan ran in college at Michigan State (2004-2007) before transferring to BYU in 2008, qualifying for the national championships in both cross country and track. During those years Stephan remembers a time when Ryan’s wife, Alicia Craig, told him how agitated Ryan was that he was running late to see him race at NCAA Regionals.

Ryan ended up making the race, but the memory that sticks with Stephan is how much he cared about seeing him race in person.

“He was always like a cheerleader for me and that’s something I will always remember,” Stephan said. “I tried to take that with me when I have friends and family that are chasing their dreams and endeavors. I just remember how good that felt with him in my corner.”

The motivation that drove him as he became a professional runner was also one of the hardest parts, Stephan said.

“It was important for me to always think about having him there with me. I always dreamed of training with him after college. When those life plans changed, even though he wasn’t there physically I tried to keep him with me in my memory and I talked about him whenever I could,” Stephan said.

Each of the eight Shay children attended college on athletic scholarships.

The Michigan High School Athletic Association gives Upper Peninsula schools their own finals in cross country, track and golf. Austin Plotkin of Brimley won four U.P. Division 3 state titles from 2016 to 2019, and raced time of 17:02 in the finals. Ryan’s PR at the finals was 15:30, Jones won with a time of 15:28.

For a while Jones said he didn’t realize he beat Ryan Shay’s time.

“It was kind of a shock on how good I really got,” Jones said. “Once I found out about Ryan I was like ‘Wow. I actually might be able to do things he did.’ You know?”

The rarity of the four title sweep in boy’s cross country is the reason Jones says many runners from other Traverse City-area schools cheer him on.

This fall in the 5,000 Jones is looking to clock a time in the low 14-minute range (14:29 or lower). That would inch Jones closer to his end-senior year goal, taking a shot at the state record held by Dathan Ritzenhein (Rockford) at 14:10 at the 2022 state finals.

“Really from now we’re already already building towards late November in qualifying for nationals and making a splash on the national level,” Kelly said.

Julia Flynn of Traverse City Central is also looking to enter events after the state finals, though she is not sure of which one yet.

Flynn’s personal best of 16:51 ranked No. 33 nationally in 2020. She also ran the 1600m in the prestigious Brooks PR track meet in Seattle over the summer and took seventh.

Before all that can happen, however, the Huskies’ cross country season starts at Charlevoix High School on Saturday, Aug. 21.

The name of the meet? The “Ryan Shay Relay.”