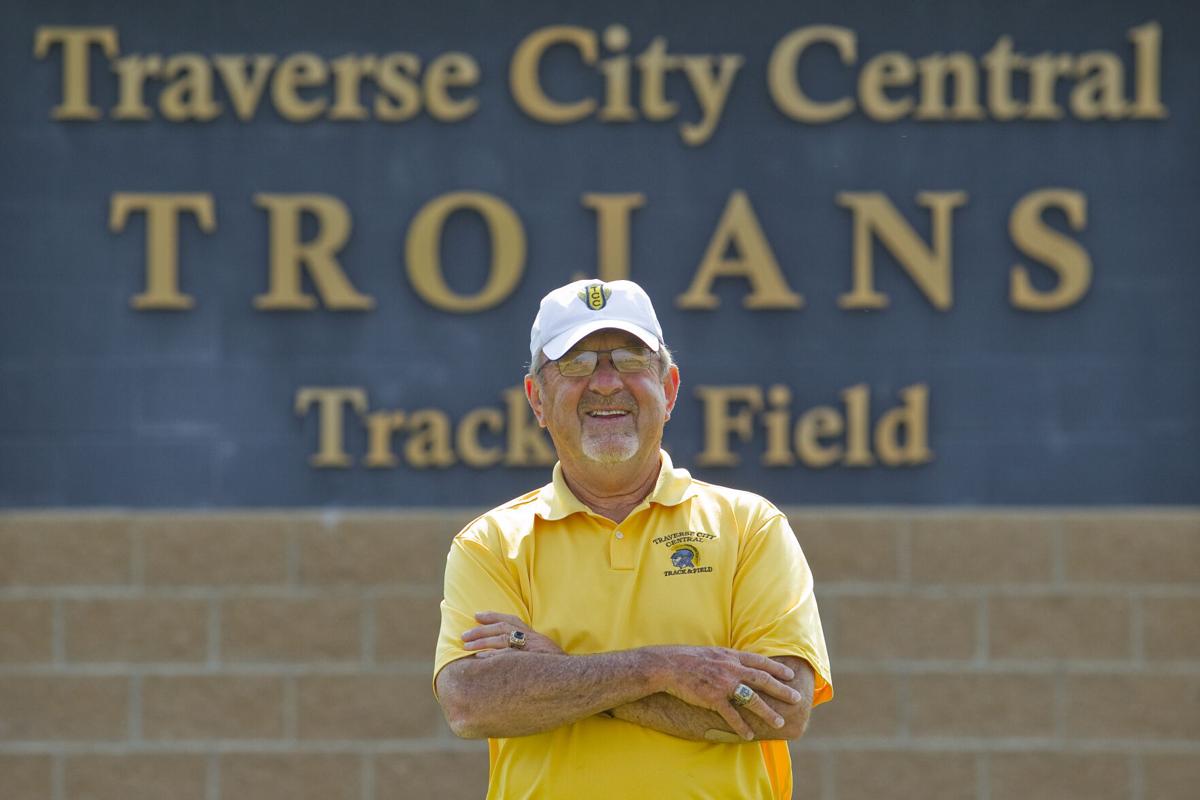 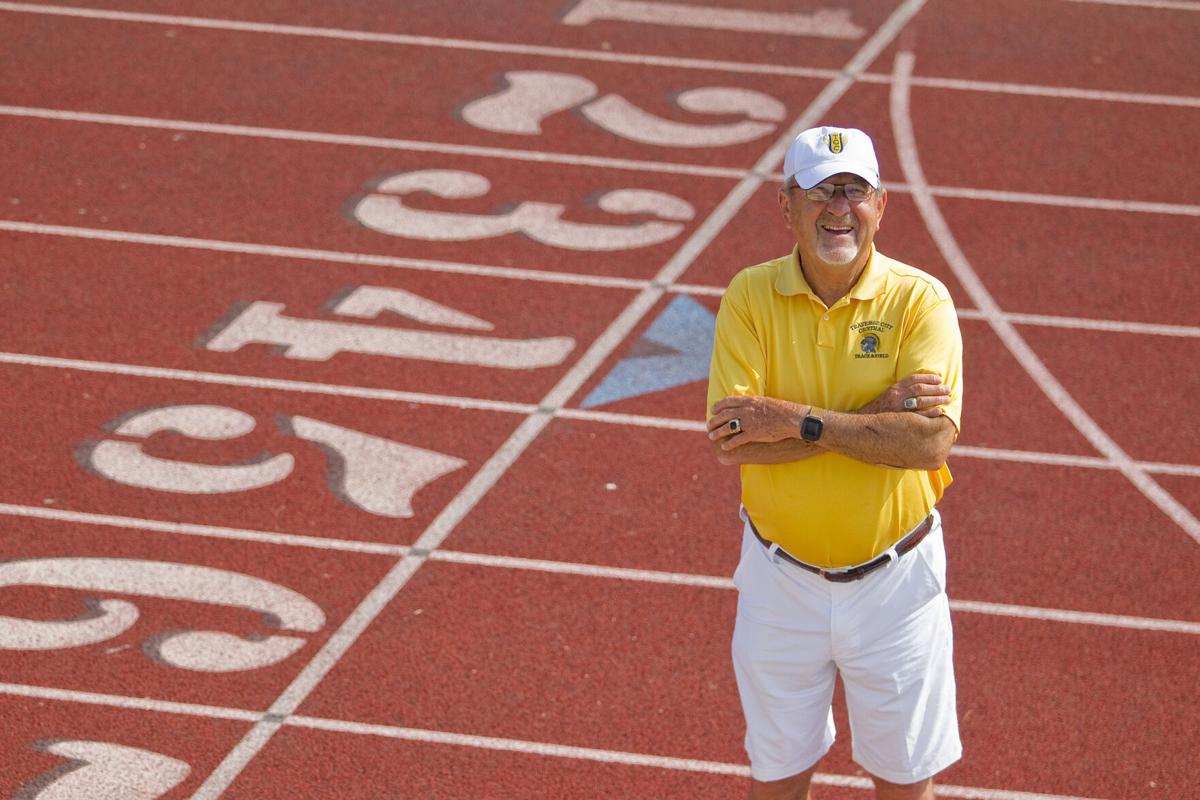 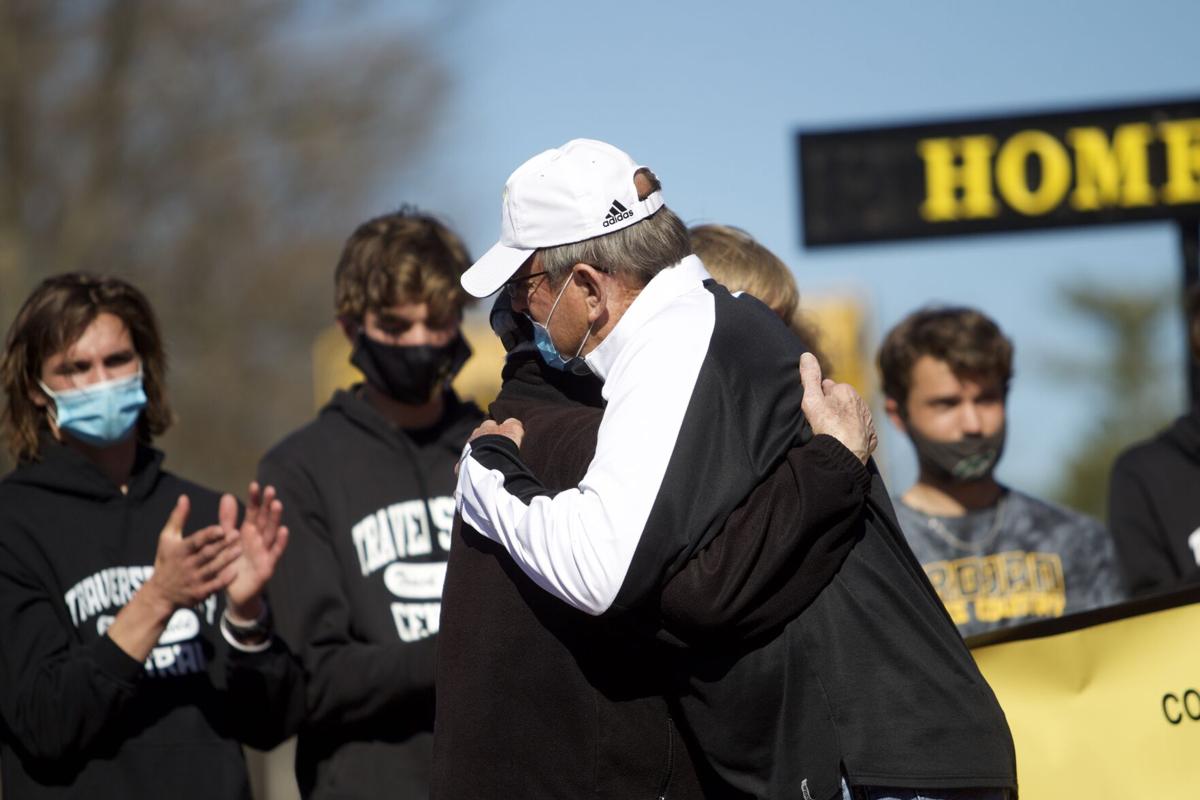 Here it is late December, and his replacement hasn’t been found. That’s how hard it is to replace John Lober.

“What a ride. What a man,” former TC Central runner and ex-TC St. Francis coach Branden Morgan said. “Once I became a coach, I thought, ‘If I can just be a little bit of what he is, I’ll be successful.’”

He retired in 2017 after leading the boys cross country program to 23 state finals appearances since 1989.

John Benedict was one of the first students Lober coached at Central when he took over the program following seven years as an assistant. Benedict faced an ultimatum from his doctor while running hurdles for Lober — change events to reduce stress on his hamstring or switch his lead led for the hurdles. Benedict thought the answer was easy — quit running hurdles and save his legs — but Lober made sure to push Benedict to switch his form and prove he could be just as good no matter what challenge was thrown his way.

“He really molded me as a person and changed the trajectory of my life,” said Benedict, a 1977 TC Central graduate who co-owns Playmakers in Lansing. “The lessons he gave me about being positive and looking forward and figuring it out and not just quitting or wallowing in pity. No, pick yourself up, dust yourself off, get back at it. That changed my life.”

Lober coached track for 57 years, including serving as head coach at Traverse City Central for the last 44 seasons. Only Don Sleeman, the head coach at Ann Arbor Pioneer for 53 years, had a longer tenure than Lober — which is nearly as long as Joe Paterno coached at Penn State (46 years).

The only person that Lober recalls coaching longer than himself is former assistant Don Lukens, who coached as an assistant and head coach for 62 years.

He coached 109 teams over the years, including cross country at Central. He started up the Record-Eagle Honor Roll Meet in the 1970s as an assistant coach

Former TCC runner Preston Pierson now coaches at East Kentwood, a school that comes to the Ken Bell Invitational in Traverse City every year and regularly wins it until Central’s girls and West’s boys snapped that streak this year.

“His passion for the sport was inspiring for me as an athlete and I brought that into my coaching as well,” Pierson said. “His ability to give young men confidence and be part of a great program benefits them as an athlete, but also throughout their entire lives. I try to honor him with how we do things here.”

Jim Nagy, part of the 1992 state championship team as a long jumper, went on to be a scout for the Seattle Seahawks, Washington Football Team, New England Patriots and Kansas City Chiefs and currently serves as executive director of the Senior Bowl. He also grew up two blocks away from Lober, frequently playing pick-up basketball with Joe Lober.

“It’s all about connecting on relations, and he’s always been great at that,” Nagy said. “I know the man very well. He had so much good energy, always positive. Doing what I’ve been doing all these years, I can really appreciate what he does.”

East Kentwood just built a $20 million multi-purpose indoor facility. Lober wants something like that in Traverse City, as well as building an archive room at the TC Central track to house records and memorabilia.

Lober said he wants to still keep team records, help out coaches from any school and do private lessons.

“I don’t ever picture myself stopping doing this,” Lober said. “I want to take everything I know and pass it on without being a pain in the butt.”

Bob and John Lober formed one of the best brother coaching duos in the state, albeit in different sports.

Bob Lober retired from teaching in 1999, and served a varsity golf coach at Central for 22 years. He also founded the Traverse City Junior Golf Association in 1984, serving as its only executive director until retiring in 2014, and remains active with the organization.

Each of the brothers has a major sporting event in Traverse City named after them. The Bob Lober Invitational, held each year at the Grand Traverse Resort, features many of the best girls golf program from around the state each August. John Lober’s name was added several years ago to the Record-Eagle Honor Roll Meet title.

John Lober by the numbers

Relive the 2021 prep sports seasons through the camera lenses of the Record-Eagle's photographers. Here's our collection of the best sports im…