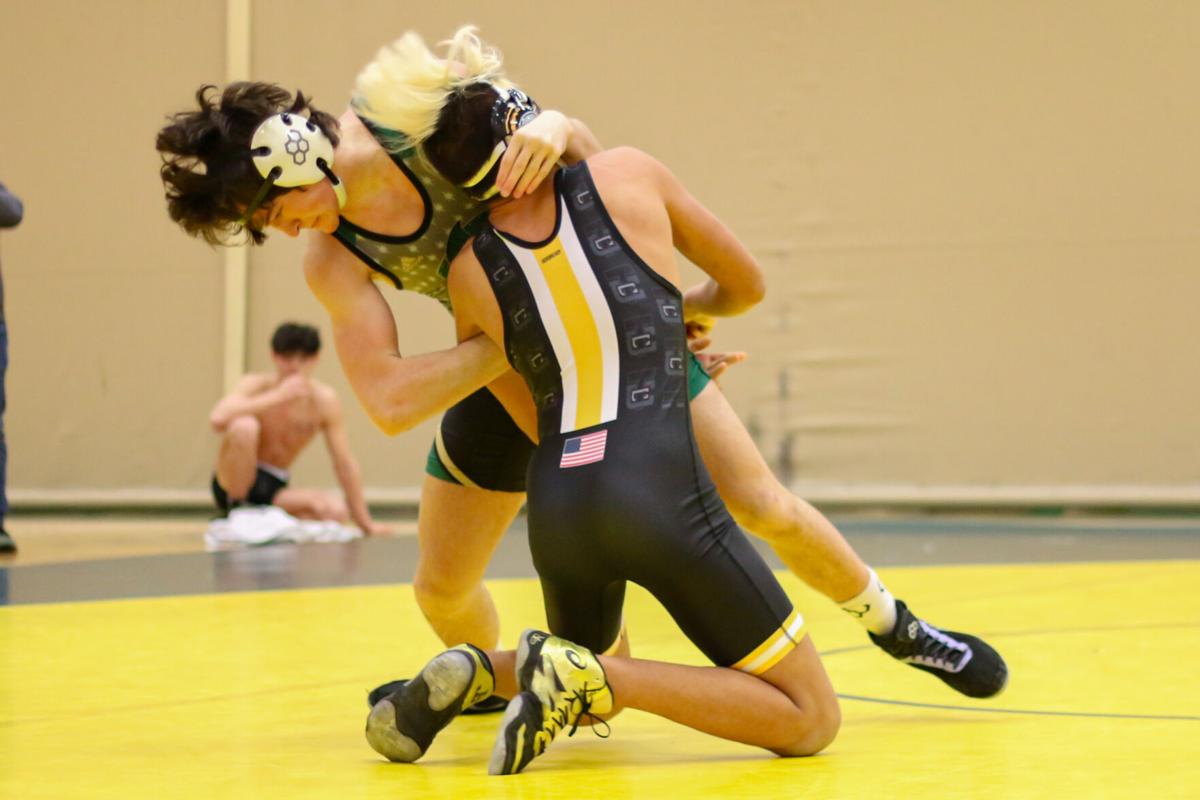 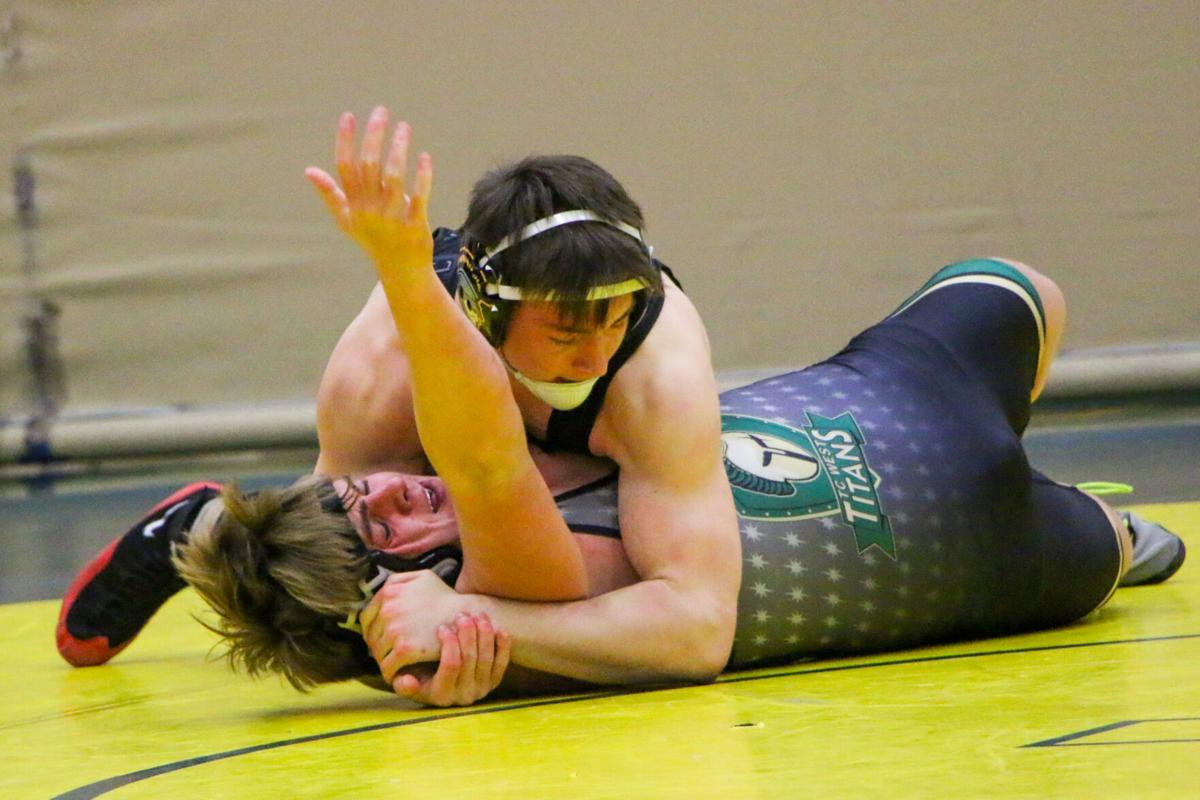 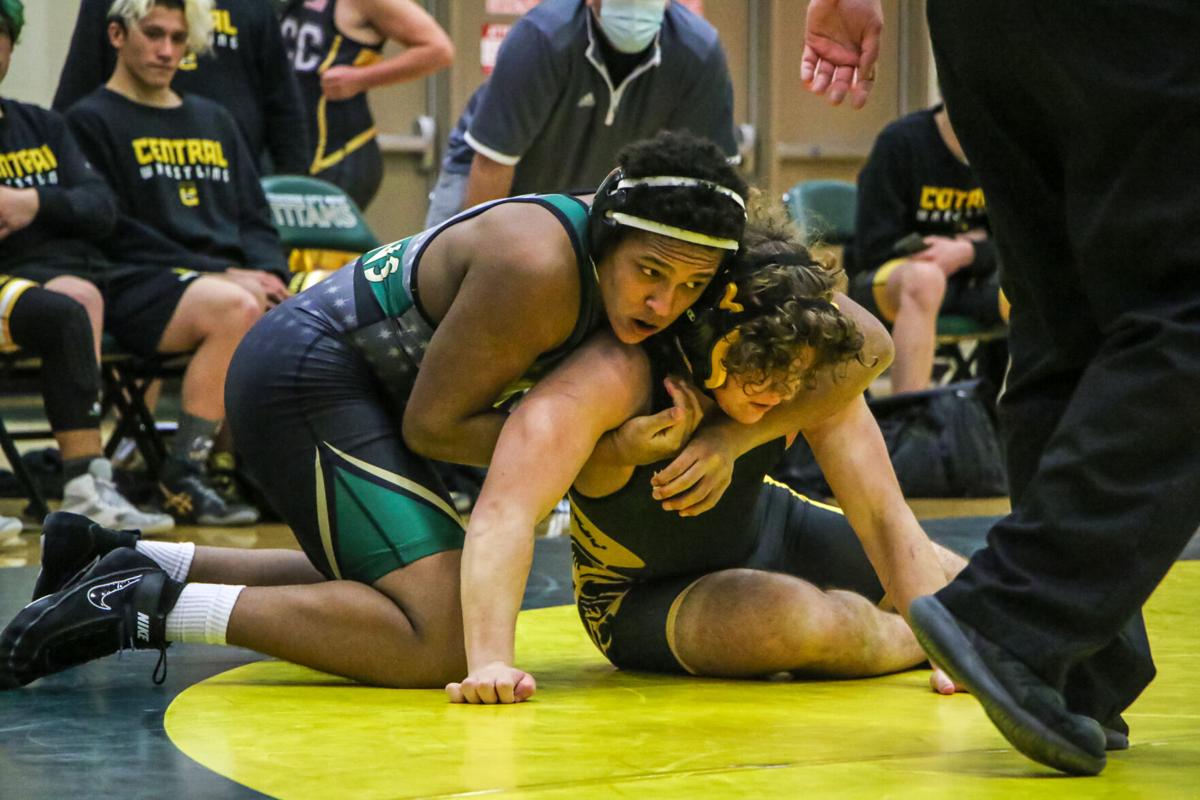 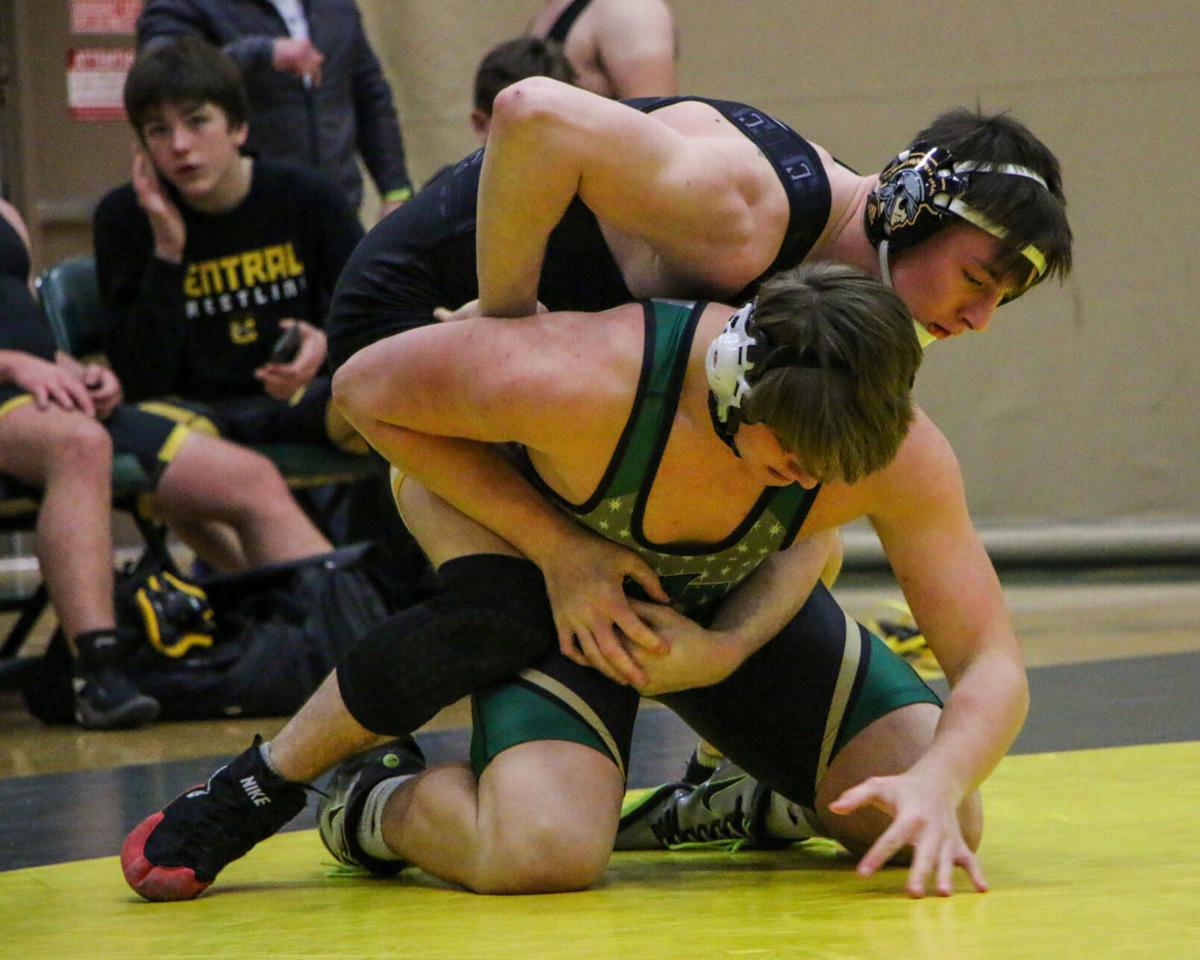 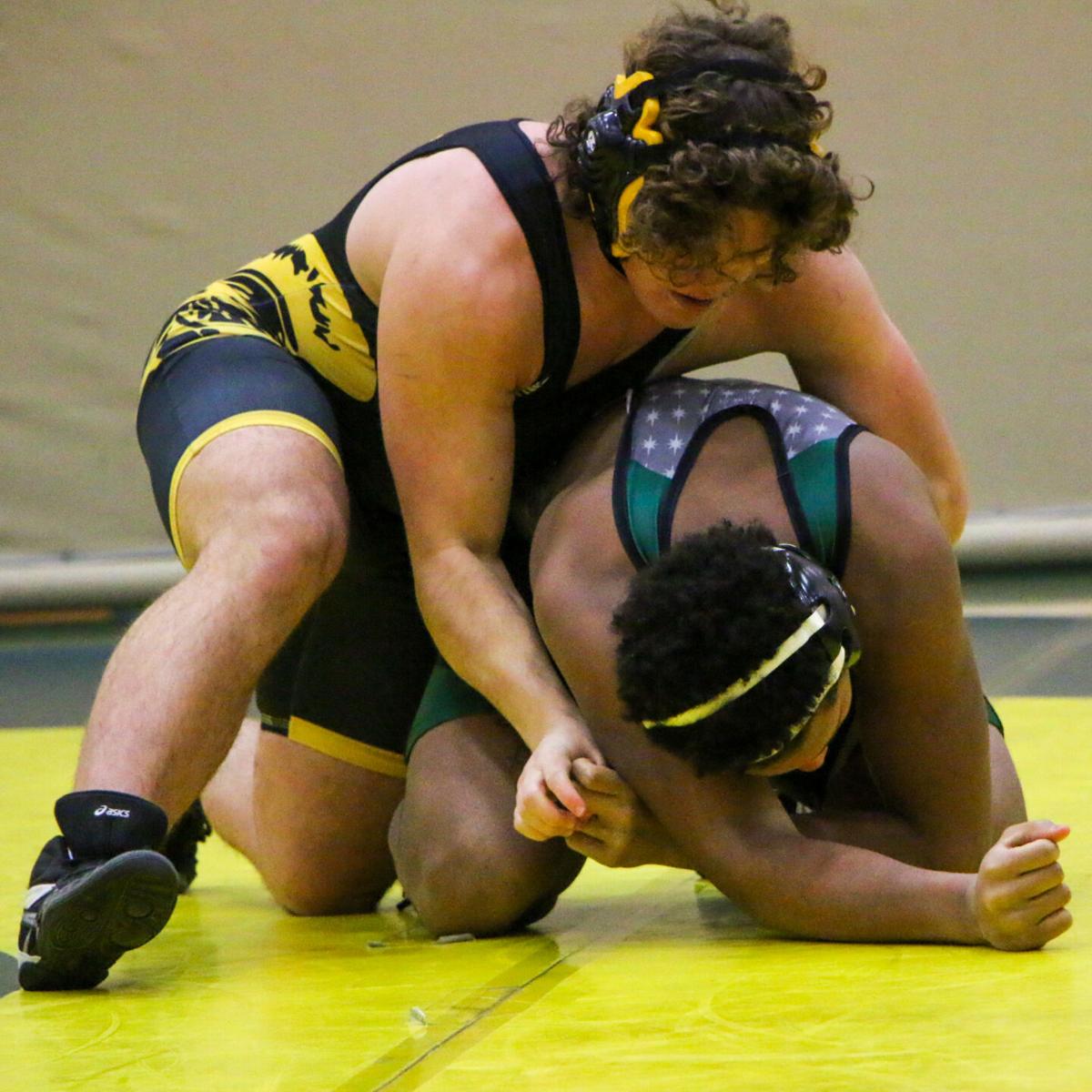 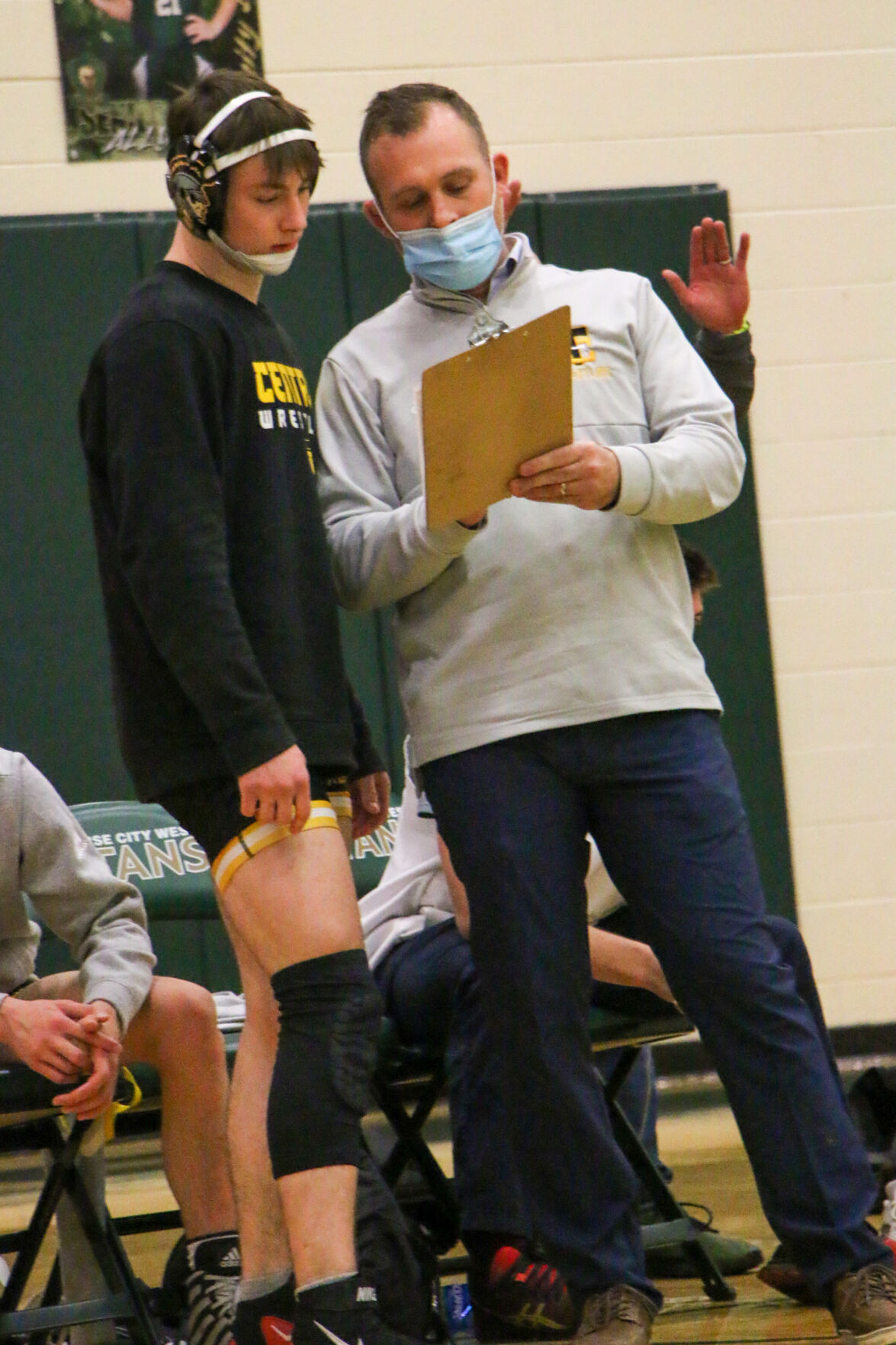 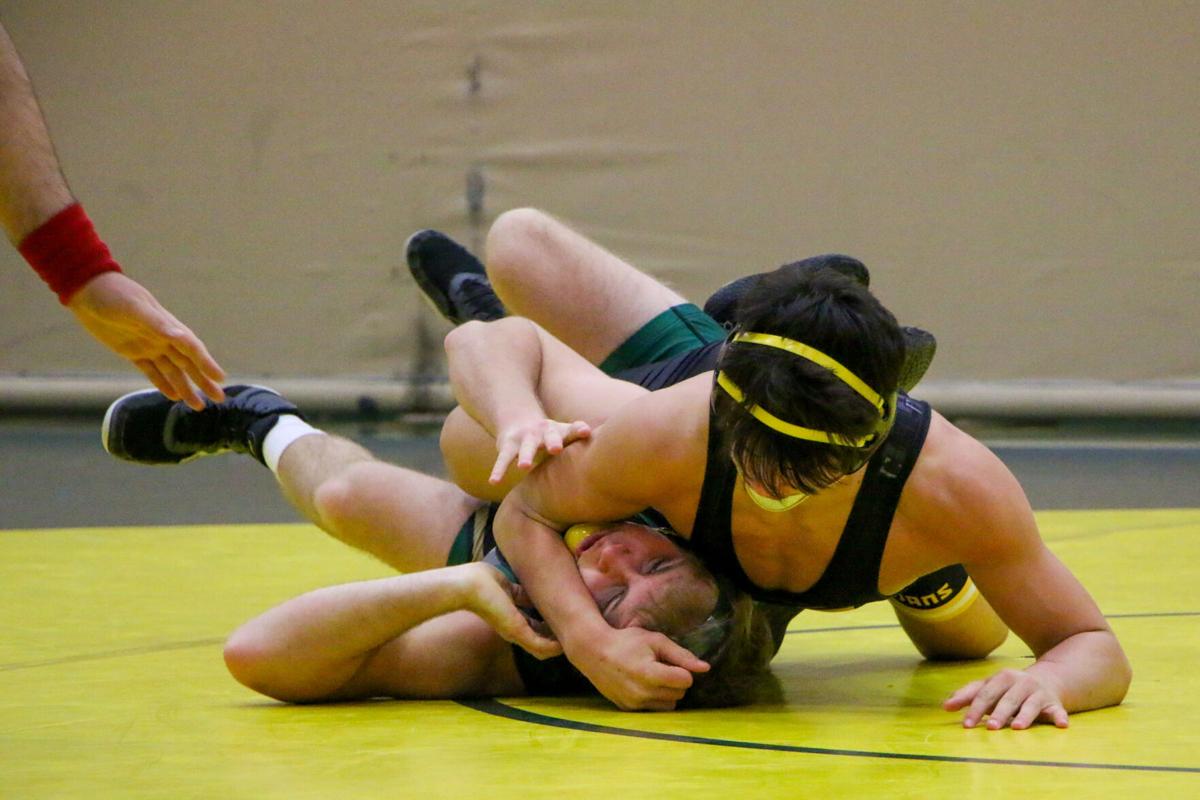 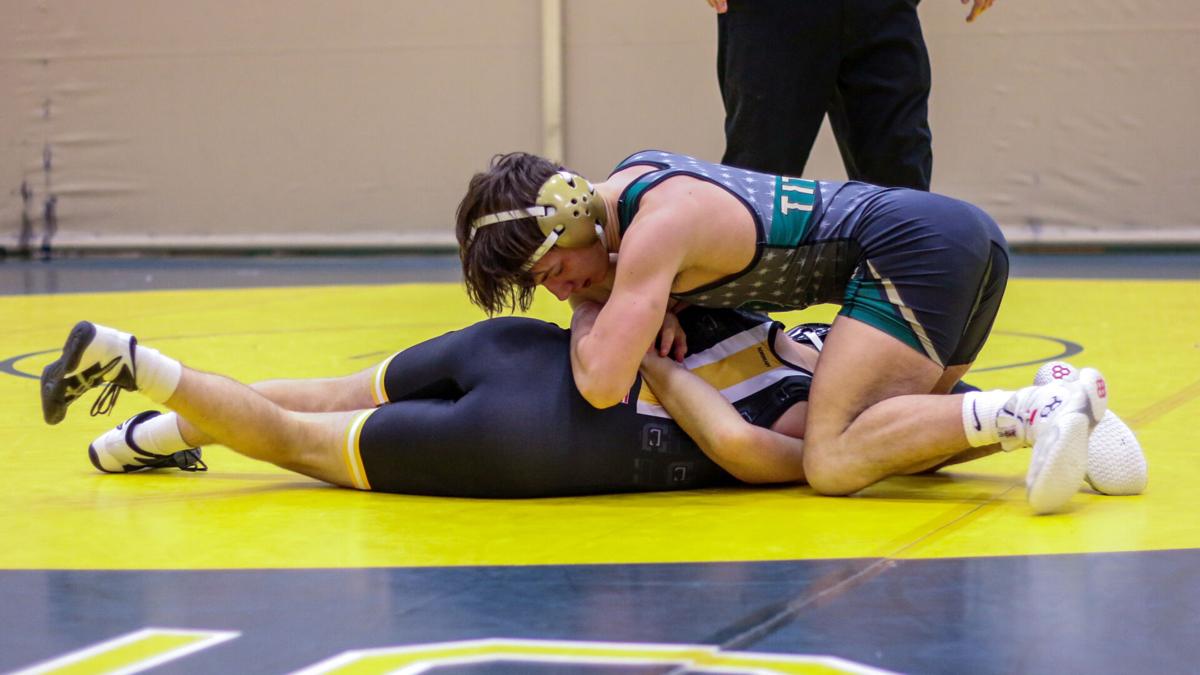 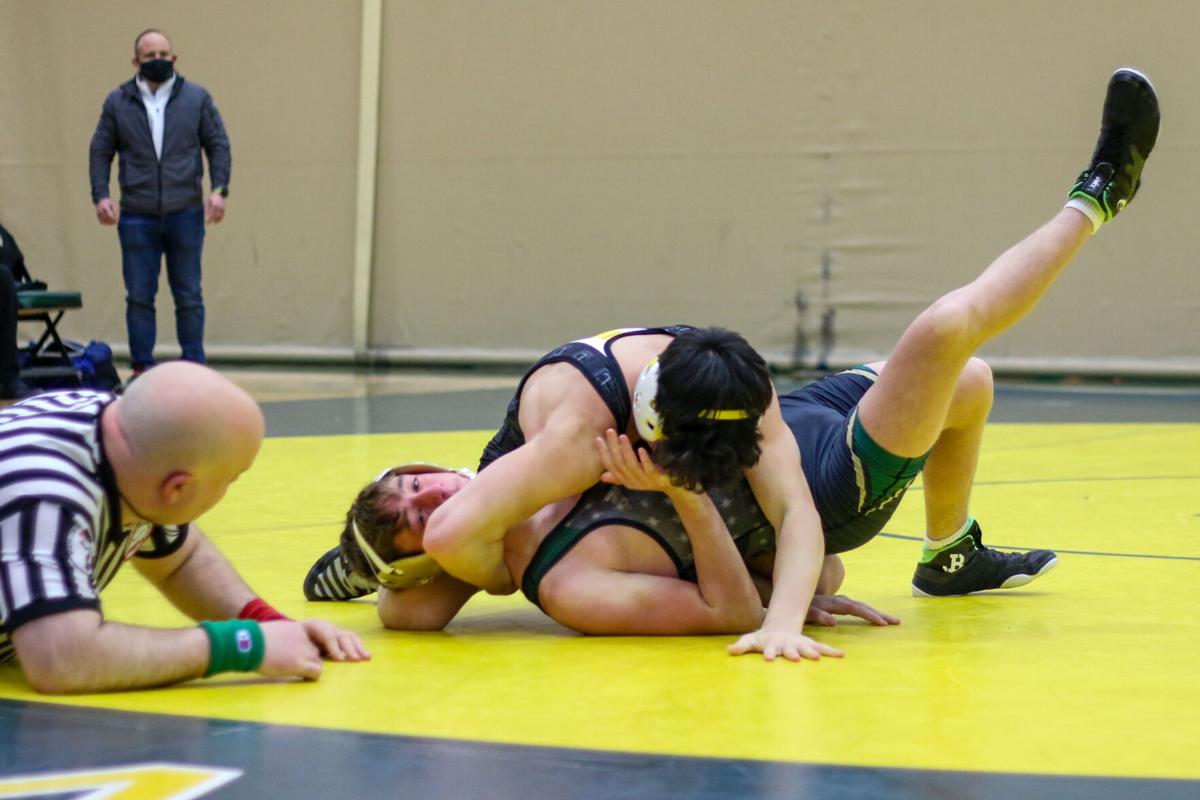 The Traverse City West junior’s wrestling career as a Titan has been hampered by several injuries from the start.

During his freshman year, an opposing wrestler kneed him in the head, requiring stitches and putting an early end to his all-conference freshman season. To start his sophomore year, already delayed by two months because of the COVID-19 pandemic, Edenburn broke his arm the first match and was out the season.

During the last five years, Edenburn would frequently see Traverse City Central sophomore Jesus Montelongo on the other side of the mat in both high school and youth meets. Montelongo won each one of them.

That was until Wednesday.

Edenburn pinned Montelongo in the first period of the Titans’ 48-36 win over the Trojans in a Big North Conference dual meet Wednesday at TC West.

“I just trained all summer and tried as hard as I could to get back to where I was,” Edenburn said. “I feel good about that, and hopefully can get better in the future.”

West head coach Rusty Nyland called Edenburn’s win “the match of the night” to make the Titans’ only home meet of the year special. Their holiday tournament in December was canceled because law enforcement was investigating a threat at the school.

“Palmer has been coming in really good,” Nyland said. “He’s our only captain that we have here. He’s been working with kids and trying to work with people. That’s really cool. That’s something that we want to instill in the kids at a young age that, ‘Hey, you can really be a leader.’”

Ilemobade went into the second period trailing Central’s Luke Appleford 6-5. He took him down and pinned Appleford 30 seconds after the whistle.

Ramsey’s match was the only other one to extend beyond the first period. He wrestled up and beat TC West senior Kaleb Kouchnerkavich 24 seconds into the second period.

Ramsey, the TCC standout senior at 189, is coming off a third-place finish at the Detroit Catholic Central invite in which the only match he lost was in the semifinals to No. 2-ranked wrestler Remy Cotton of Davison (and previously TC Central). Cotton won the tournament.

Boyne City hosts a boys tournament with many area teams on Saturday. The Titans will have three wrestlers compete in Boyne City’s all-female invitational on Sunday — the first of its kind for the Traverse City area.

Central hosts three more meets before team districts in the first week of February. Alpena and Cadillac compete in a BNC quad Jan. 19, and the Trojans host Greenville for senior night Feb. 2. Their Haughn/Sonnemano tournament is set for Feb. 5, the weekend before hosting a three-team district with Alpena and TC West, Feb. 9.