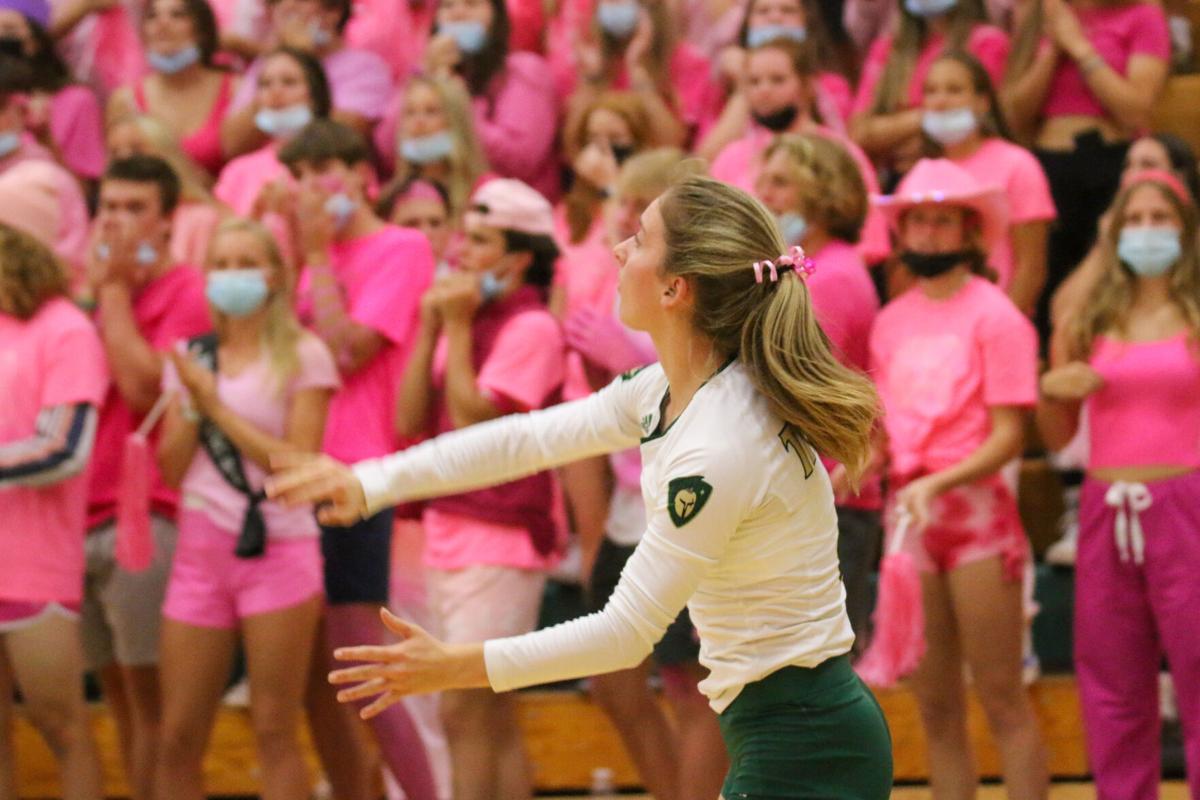 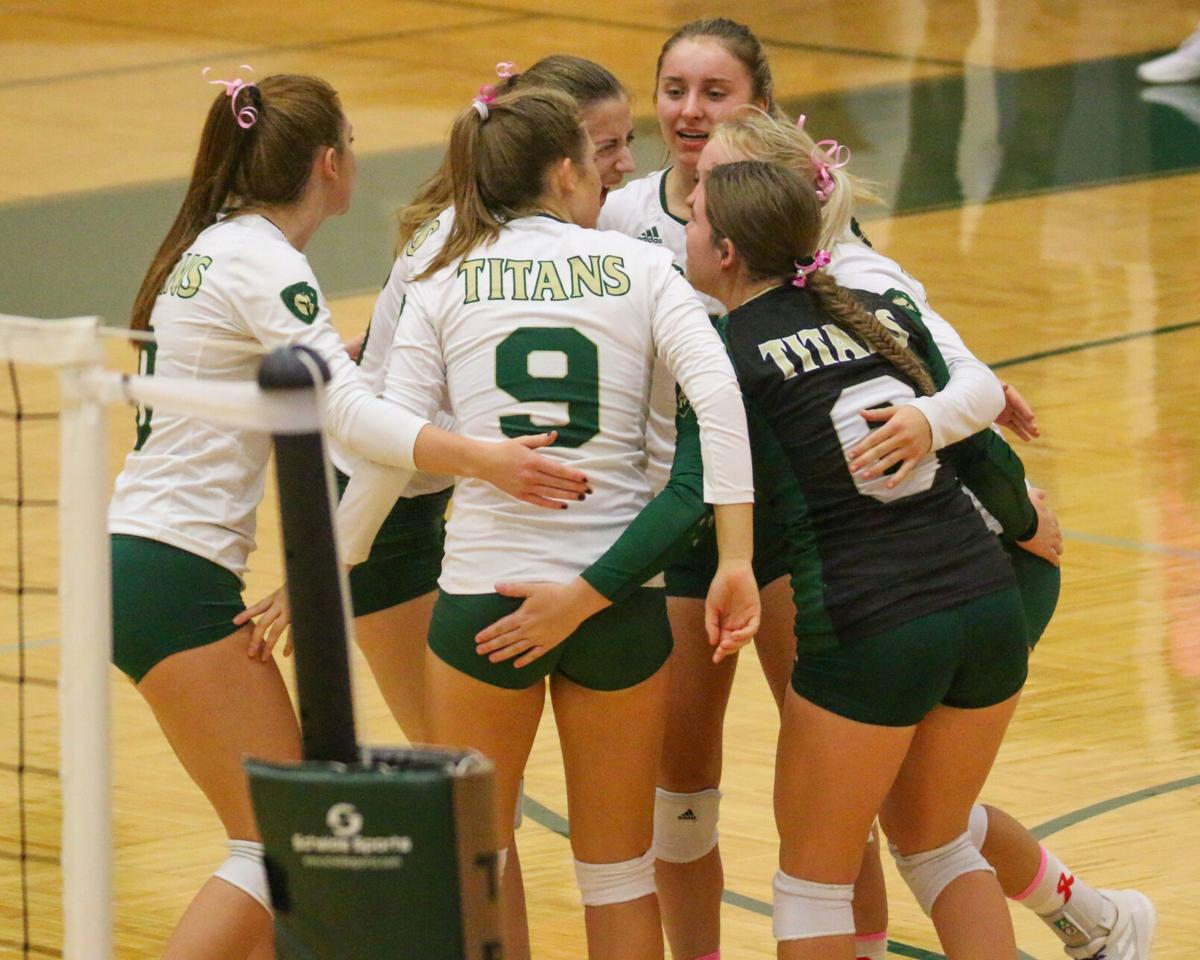 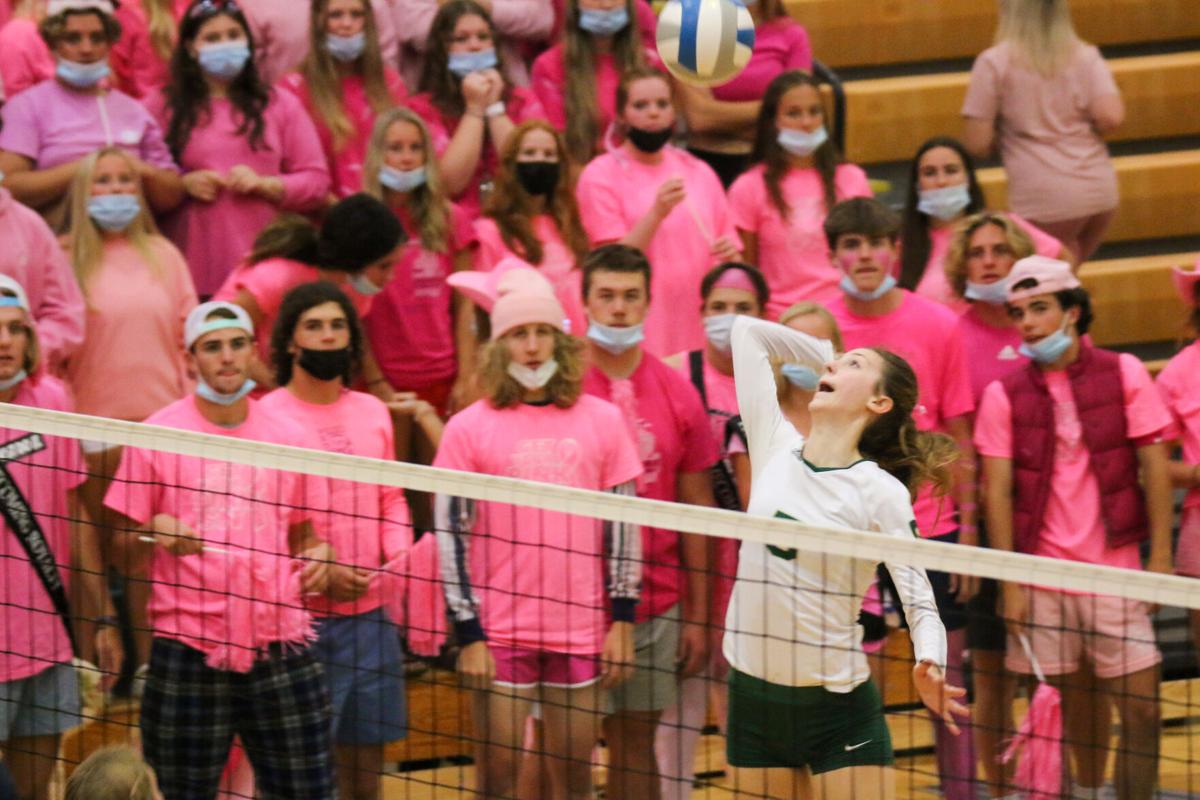 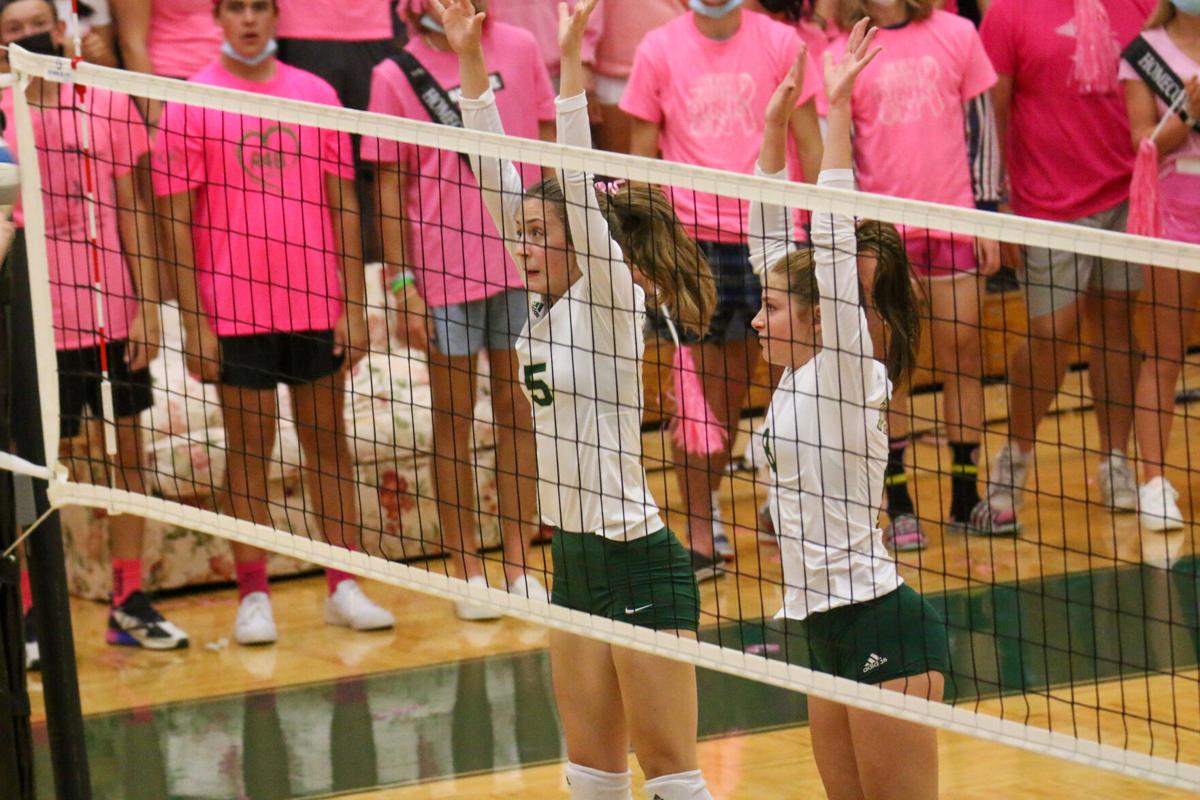 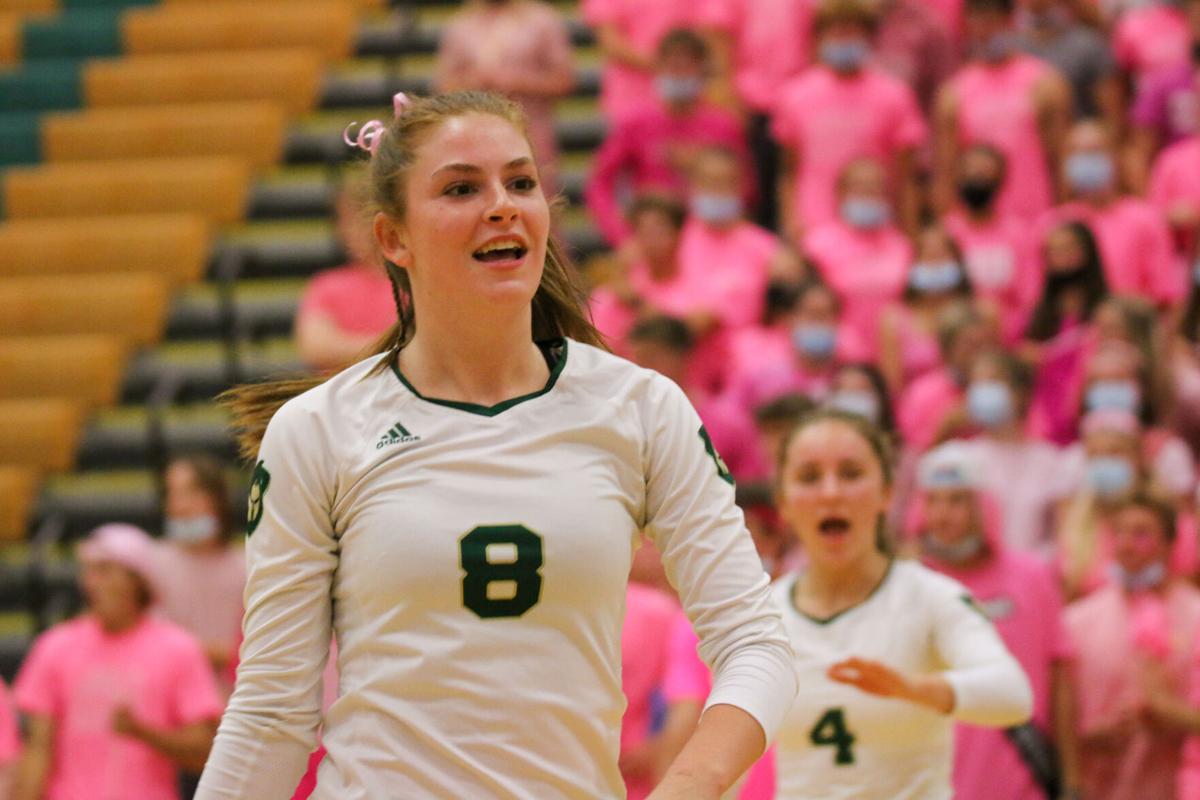 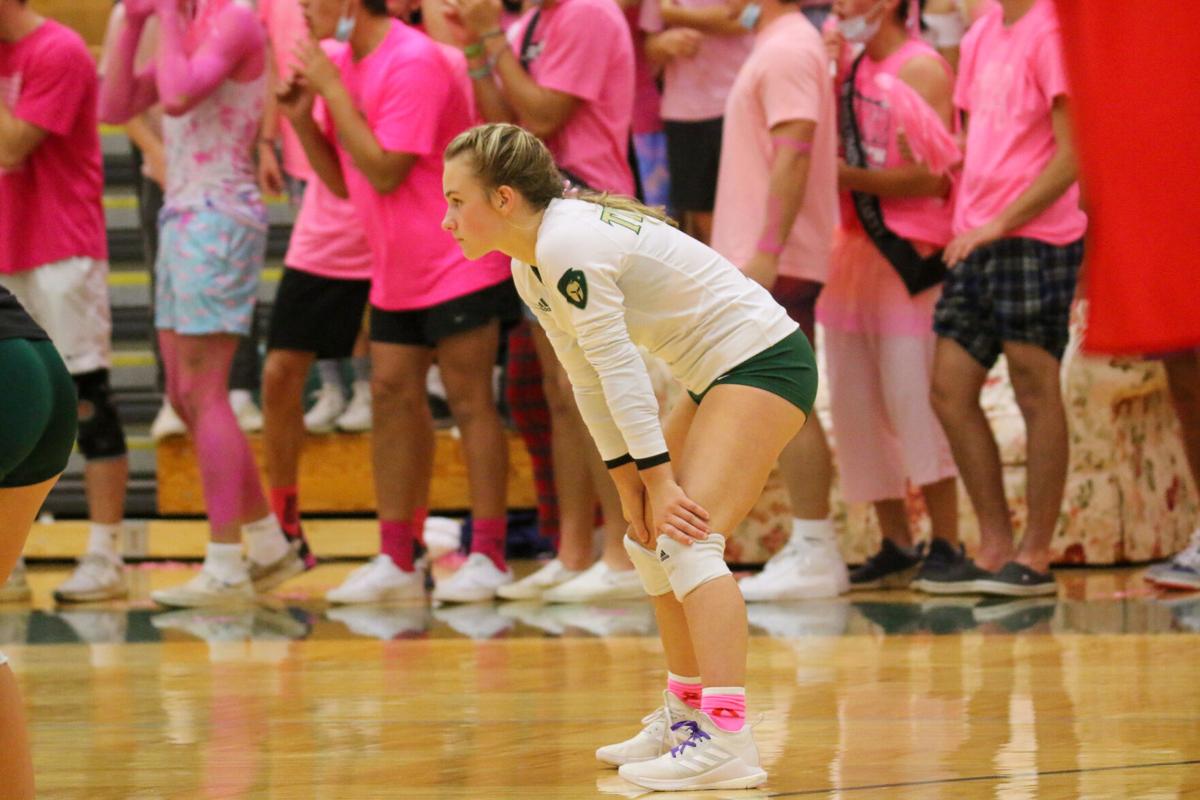 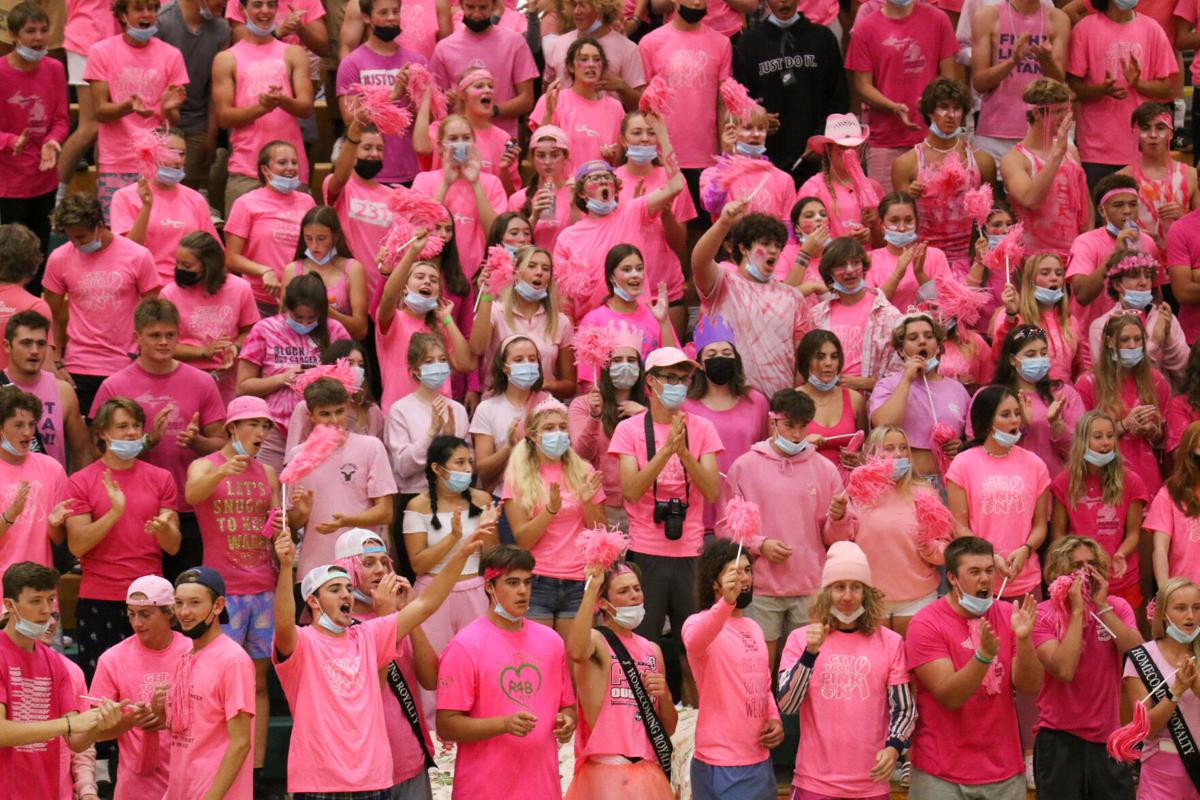 TRAVERSE CITY — Sitting in the locker room before the 2000 volleyball state finals as a Traverse City West Titan is a memory stuck in Jennifer Bedford’s mind for more than 20 years.

So it’s no surprise the teammate instincts stayed the same for Titans coach Emily Baumann, who decided to dedicated the Titans’ “Dig Pink” game against Gaylord to Bedford after becoming aware of her former setter’s breast cancer diagnosis through Facebook.

Bedford (née Heidt) was brought to tears in her home in Grand Rapids when Baumann informed her of the plans over the weekend. She was diagnosed with breast cancer in early September and started chemotherapy just a week ago.

“I just felt truly honored to hear that my alma mater was going to do this for me today,” said Bedford, who’s now in her 40s.

The Titans of 2000 became the first Traverse City school to advance to the volleyball state finals (St. Francis advanced in 2012). That year was also the first where Upper Peninsula and Lower Peninsula schools competed in the same postseason tournament. East Kentwood beat West that year, and the Titans finished Division 1 runner-up.

Bedford was unable to make the game but had plenty of family attend on behalf of her. Both her parents, Lynn Micketti and Alan Heidt, are from Traverse City. Her sister, Christine Godmer, and uncle, David Kison, are from Muskegon. They were also in attendance. Bedford asked them to send videos from the game.

“This tells you how close this community can be,” Heidt said. “This will be a trying time in her life. She’s always been a fighter. She always will be a fighter. And we don’t expect anything but the best outcome in this whole scenario.”

The Titans typically dedicate its Dig Pink game to the Side-Out Foundation, a nationally recognized foundation for breast cancer research that raises money through volleyball games. Baumann said the $1,360 raised from Wednesday night’s game went to Bedford and her family of four. Students facilitated t-shirt sales and donation buckets during the game.

Baumann called Bedford the “horse” on the runner-up Titan team. She said many of the current Titans players asked about who Bedford was as a player when they found out about the plans for the game.

“She’s part of our Titan family, and we’re always big on helping our own and being there for each other,” Baumann said. “It makes me so happy that we’re able to — even if it’s just a little bit — give back.”