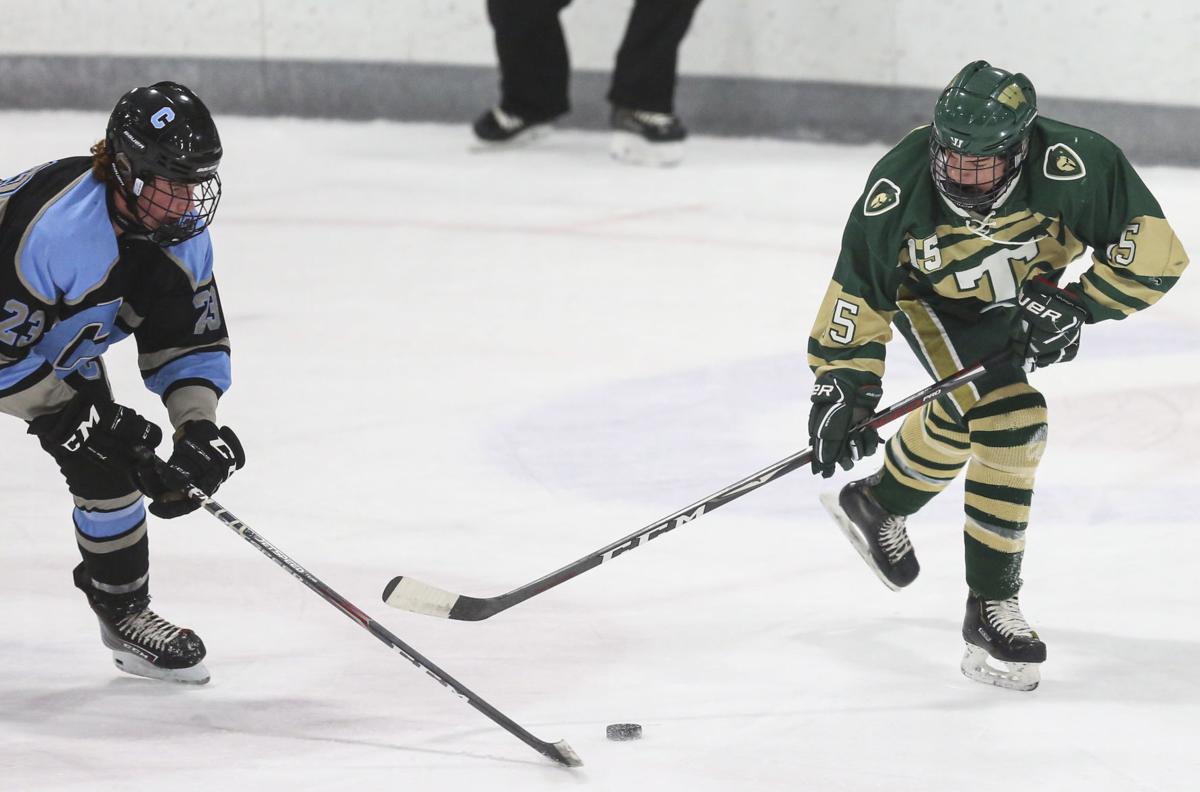 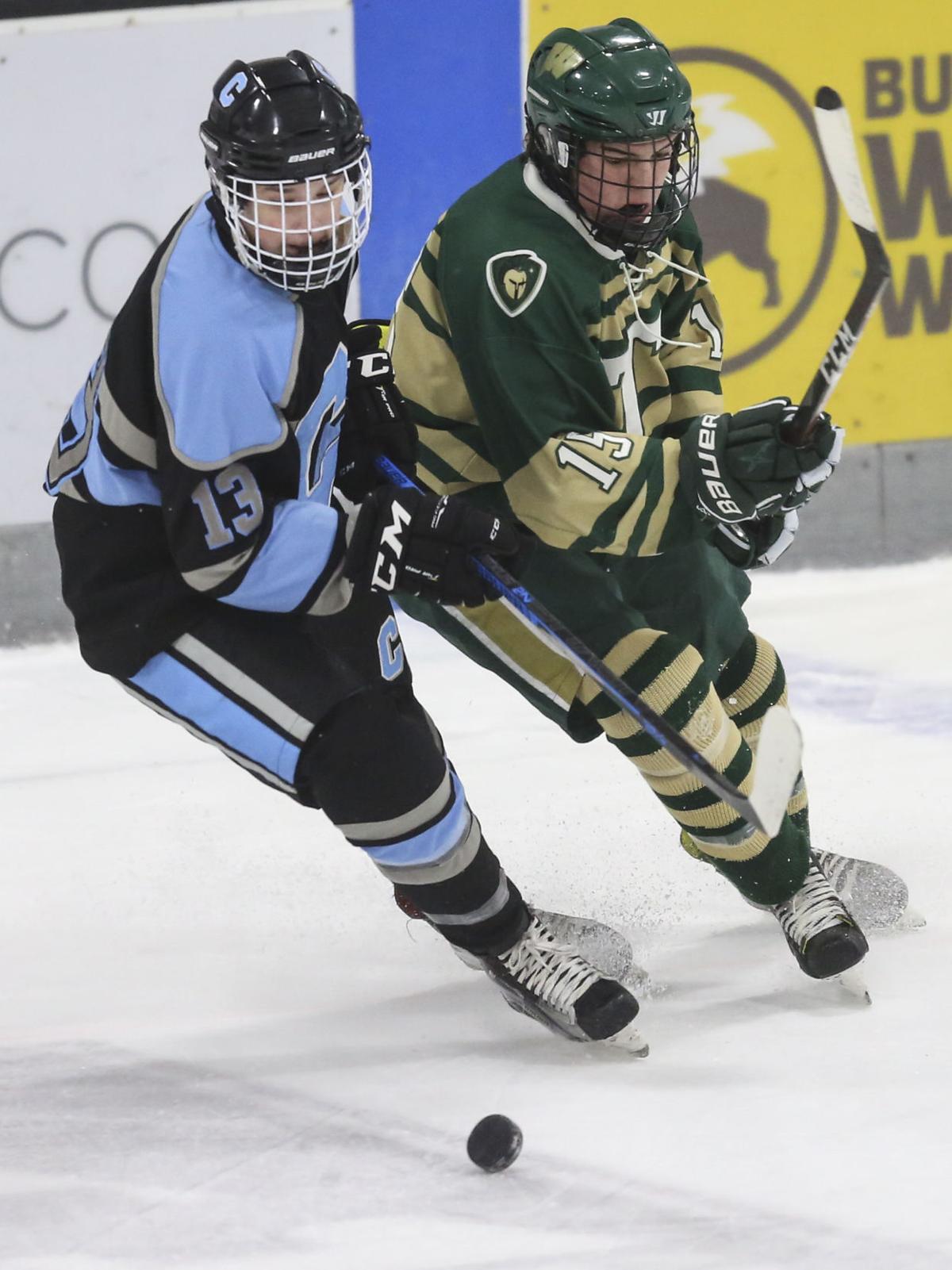 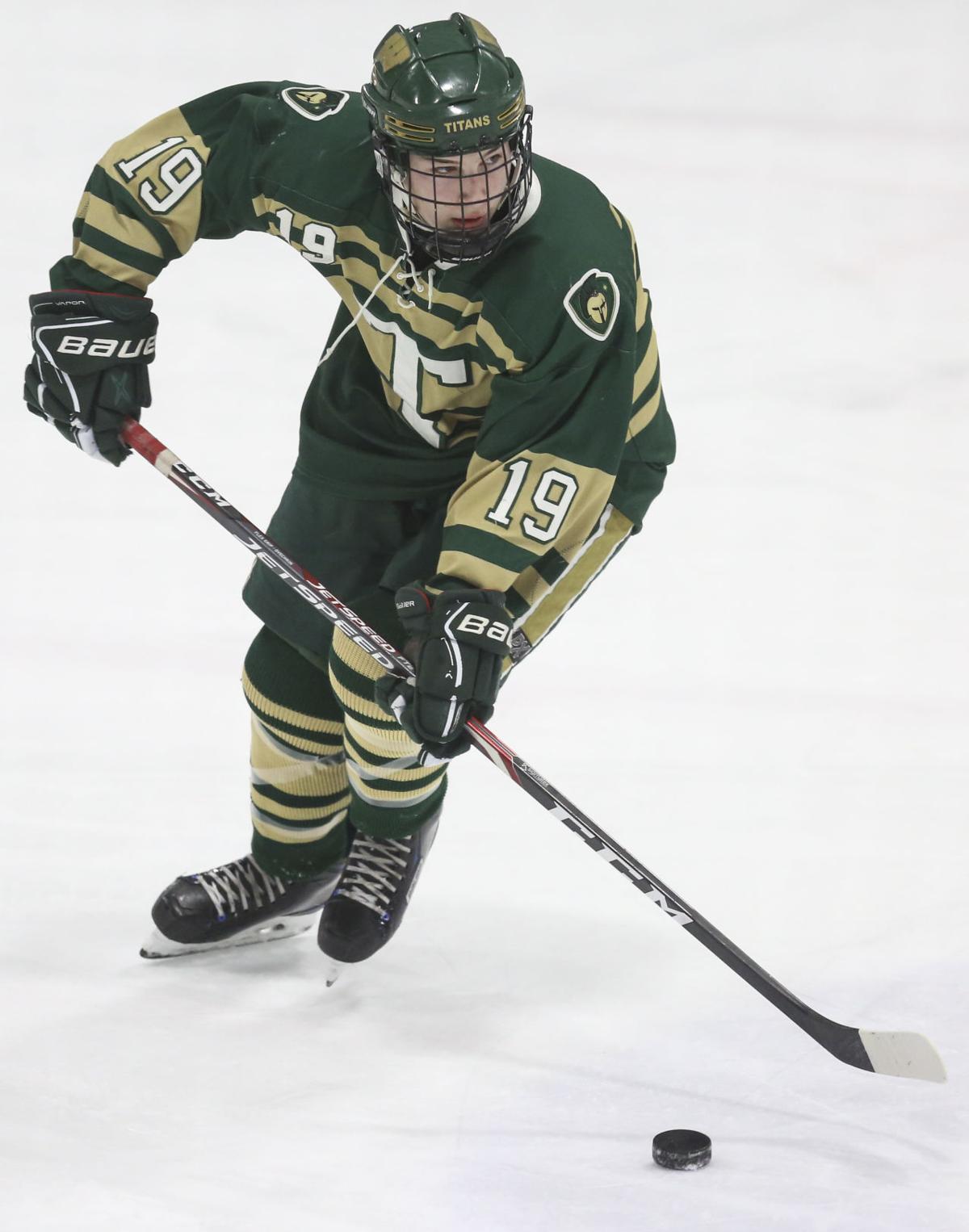 The penalty box at Centre Ice Arena was occupied much of the night but the Titans overcame the adversity to force a 2-2 tie with the Falcons in their first of two games during the showcase this weekend.

The Titans found themselves shorthanded on five occasions, killing four of them while allowing only six shots on goal while being down a man.

“We have a really aggressive penalty kill and a lot of these teams aren’t used to that,” Titans senior captain Michael Schermerhorn said. “So, we work on them a lot when we are down and that’s what led to our success on it.”

The lone miscue came when Benjamin Bultema wristed home a power play goal with four minutes left to play for the Falcons.

Bultema netted the goal only 10 seconds into the power play thanks to a perfect feed from Tommy Doyle to put the Falcons up 2-1 in the third.

The Titans fell behind for the first time in the game but didn’t let it maim their spirits. Titans head coach Jeremy Rintala called a timeout with under a minute left and pulled his goalie with the puck in the Falcons zone.

TC West used the 6-on-5 advantage to take control of the puck in the Falcons end and Erich Springstead buried a rebound from Josh Reece’s shot with 38.6 seconds left in regulation.

“We needed a goal and they followed the directions and were able to get a puck to the net and get the rebound and that’s the kind of team we are,” Rintala said. “We’re gonna have to score ugly goals like that.”

Overtime saw the Titans take a cross checking penalty, but like the others they held the Falcons to only one shot on goal before returning to even strength. Each team tossed several shots on net during the overtime period but none found twine — the Titans outshot the Falcons 31-30.

“We did a good job of being aggressive like they are taught on the penalty kill,” Rintala said. “But we took too many trips to the box and have to stop doing that to ourselves.”

Schermerhorn opened the scoring on a slap shot from the blue line, sneaking the puck between the goaltender’s skate and the post while on the power play. Tyler Esman was responsible for the assist and Murphy Kehoe also had an assist on the Titans final goal.

Matthew Ydenberg tied the game at 1-1 with 28 seconds left in the second period for Grand Rapids Christian. The Falcons traveled north with only 13 players but were able to keep up with the Titans until the end. Tyler Herzberg stopped 28 shots for the Titans including eight in overtime.

“I was glad that they didn’t lay down and I thought we worked pretty hard ... I was pretty happy with the overall performance,” Rintala said. “They kept a great attitude on the bench and played hard, so it’s good. It’s a good step in the right direction for a young team and and we get another chance on Saturday to prove ourselves.”

The Titans play Utica Eisenhower on Saturday at noon.