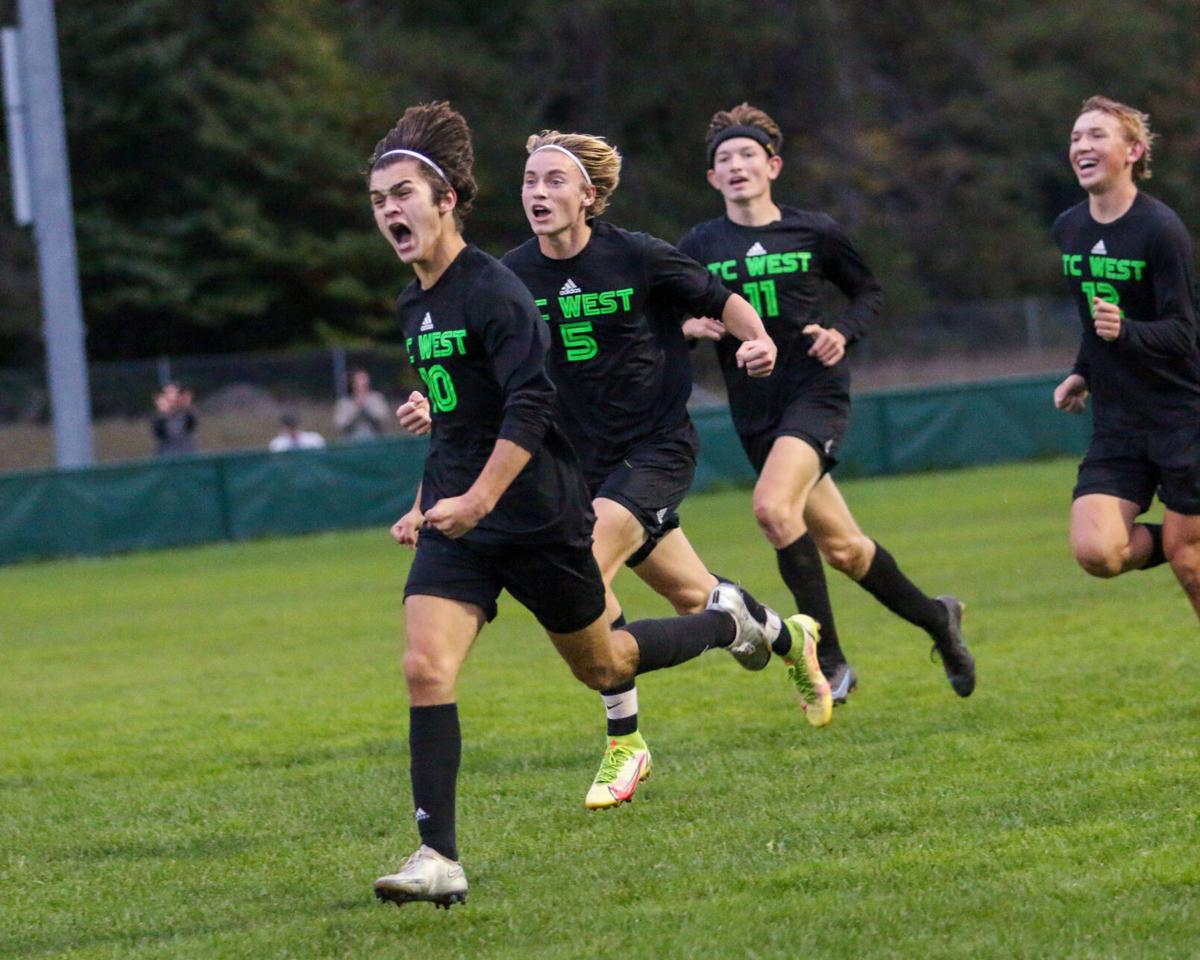 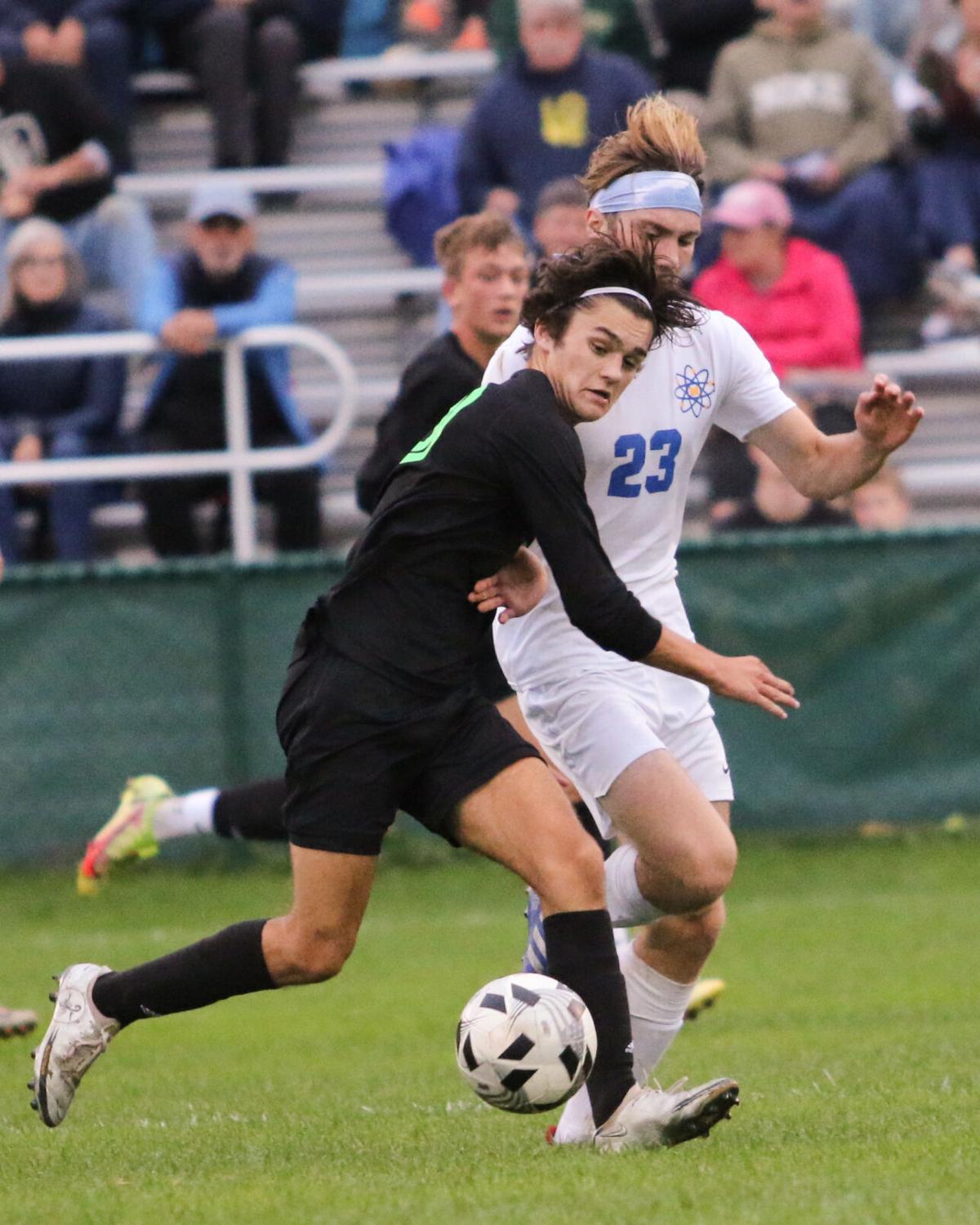 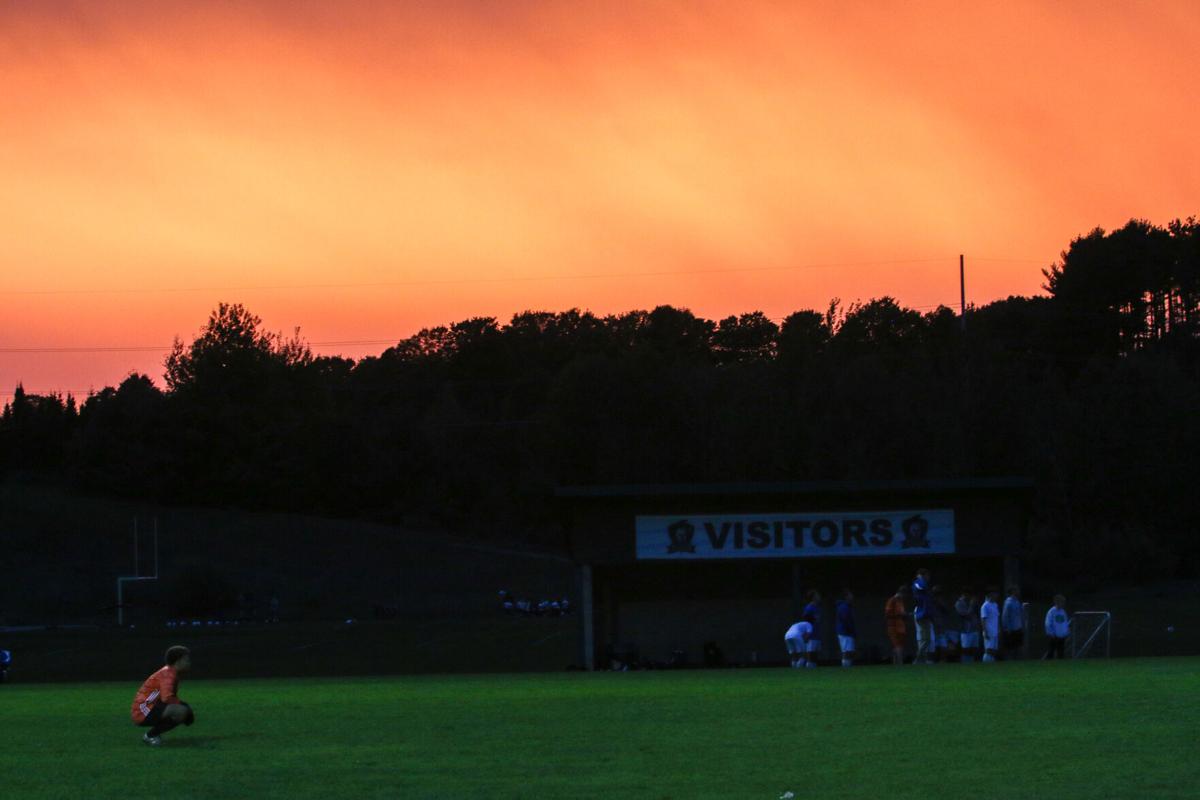 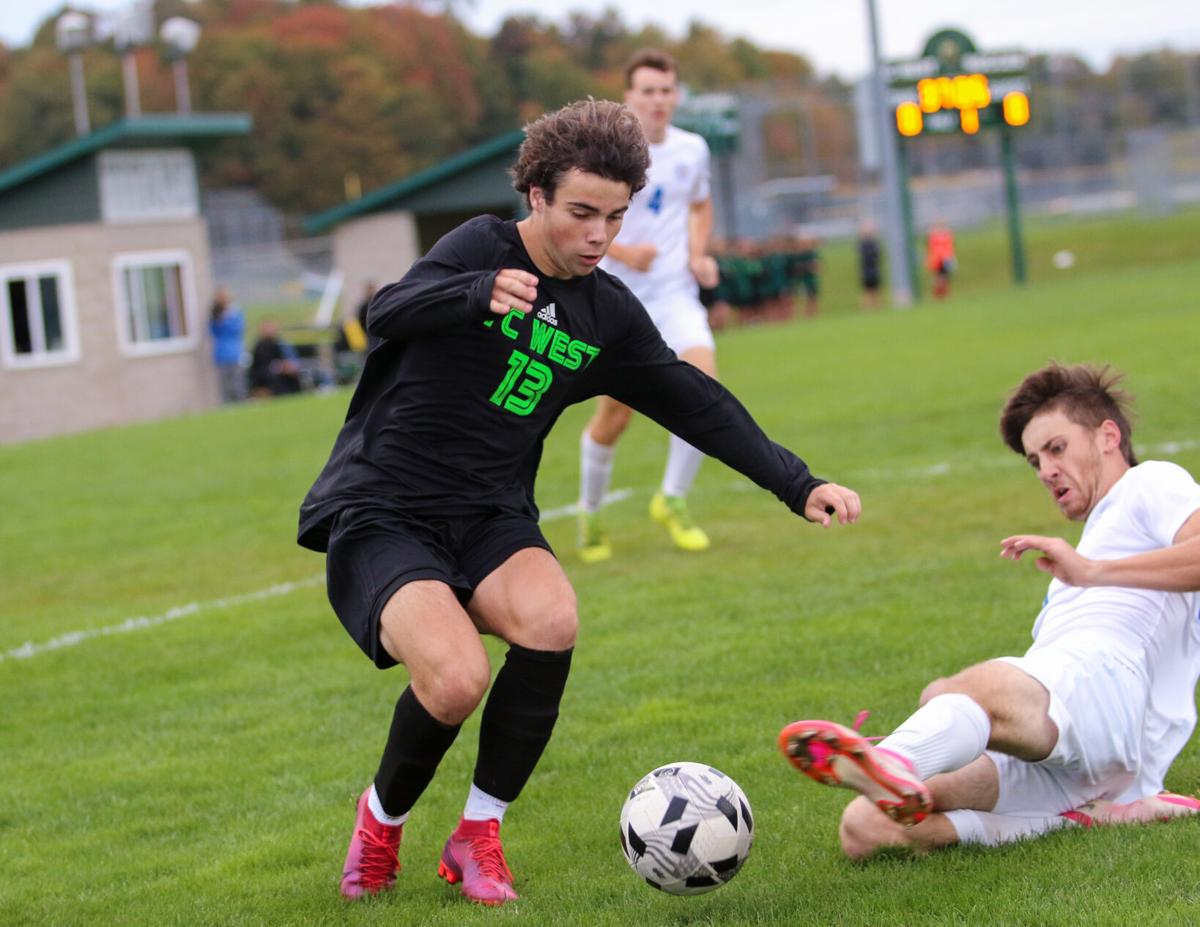 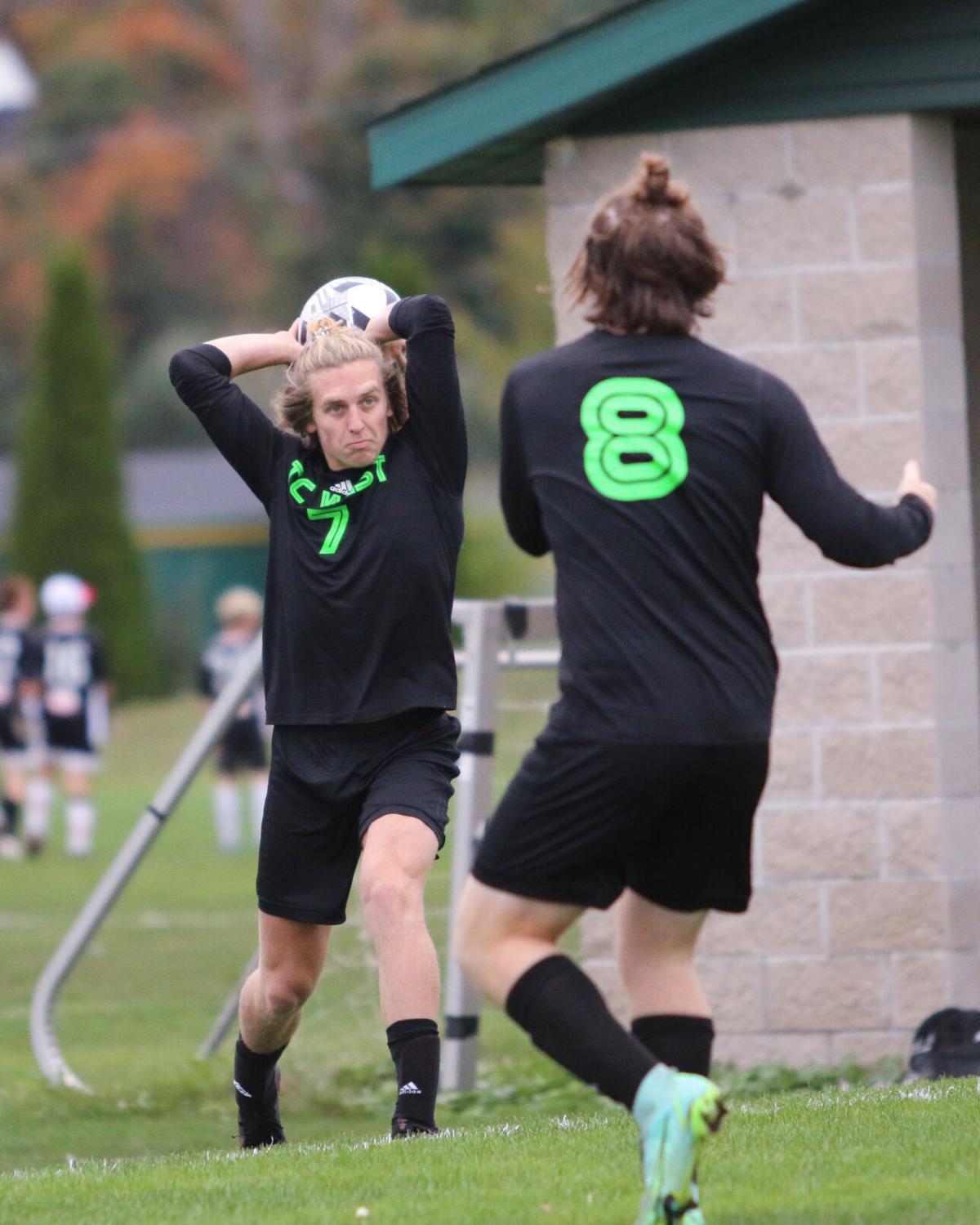 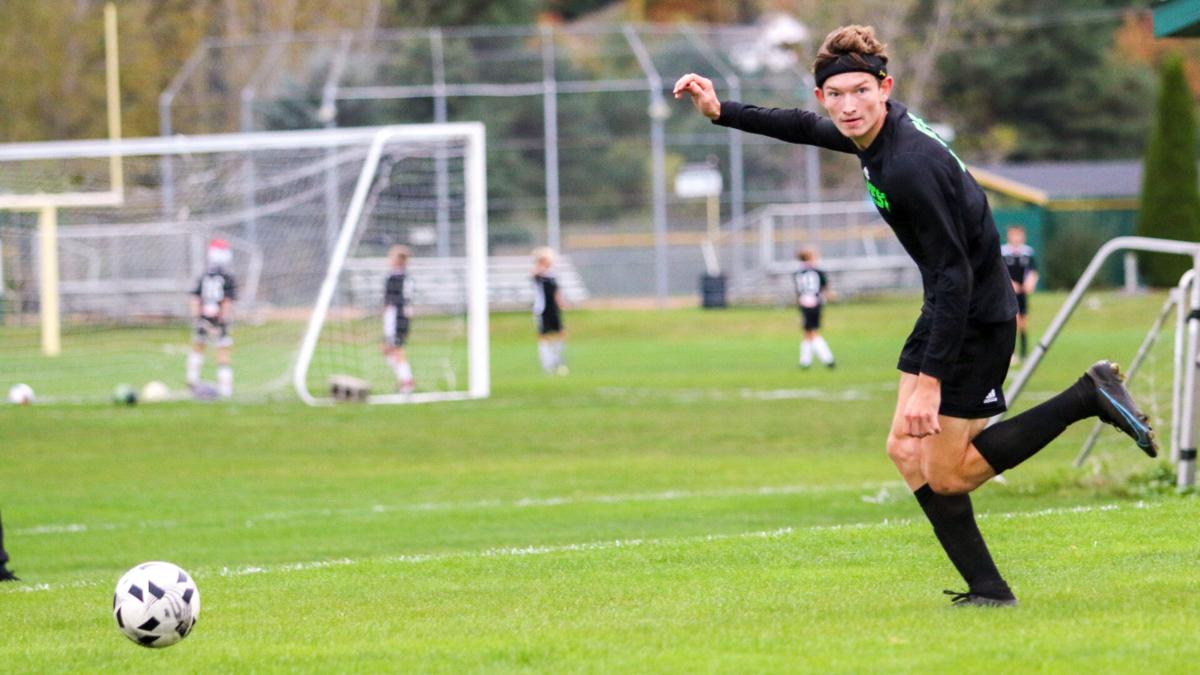 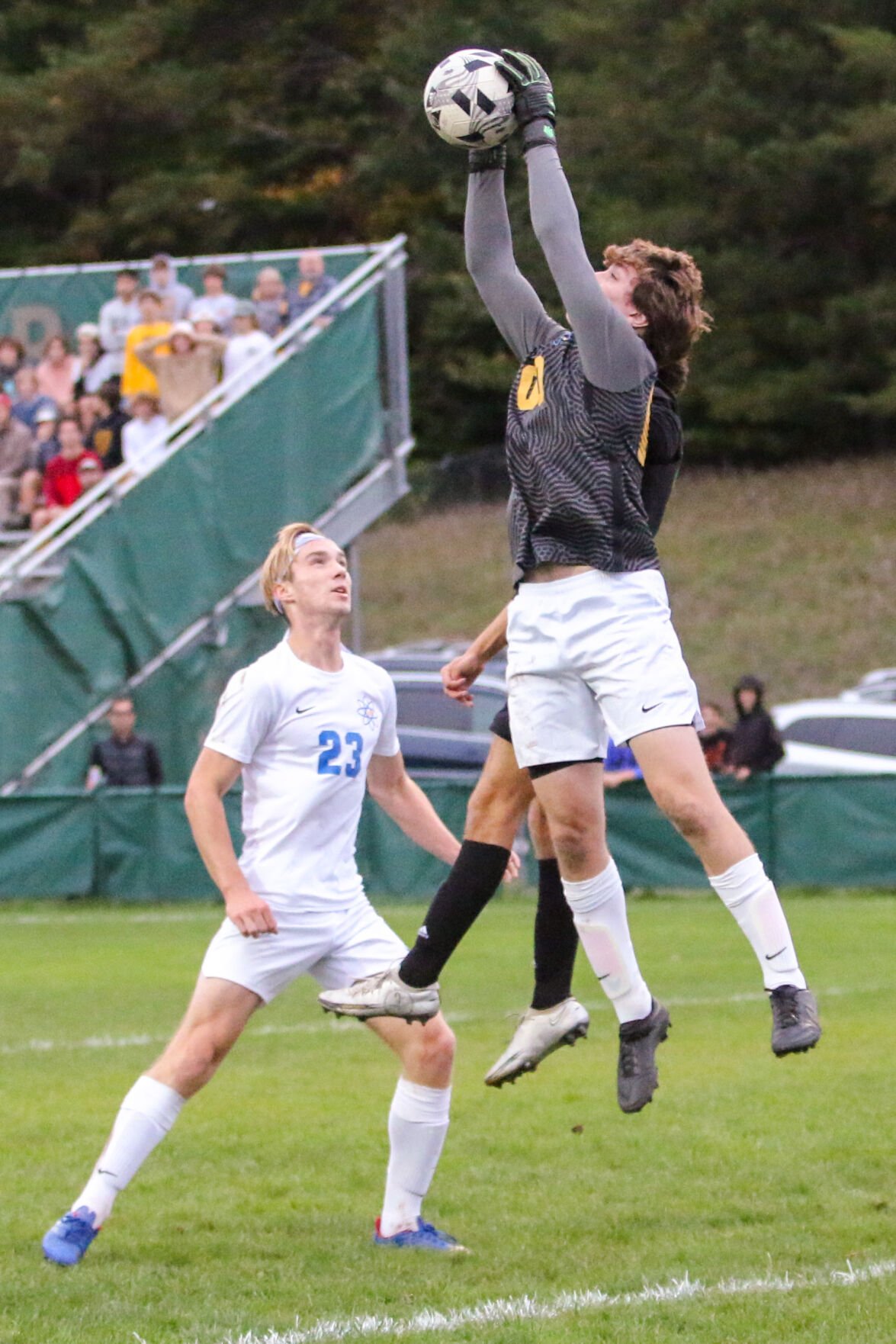 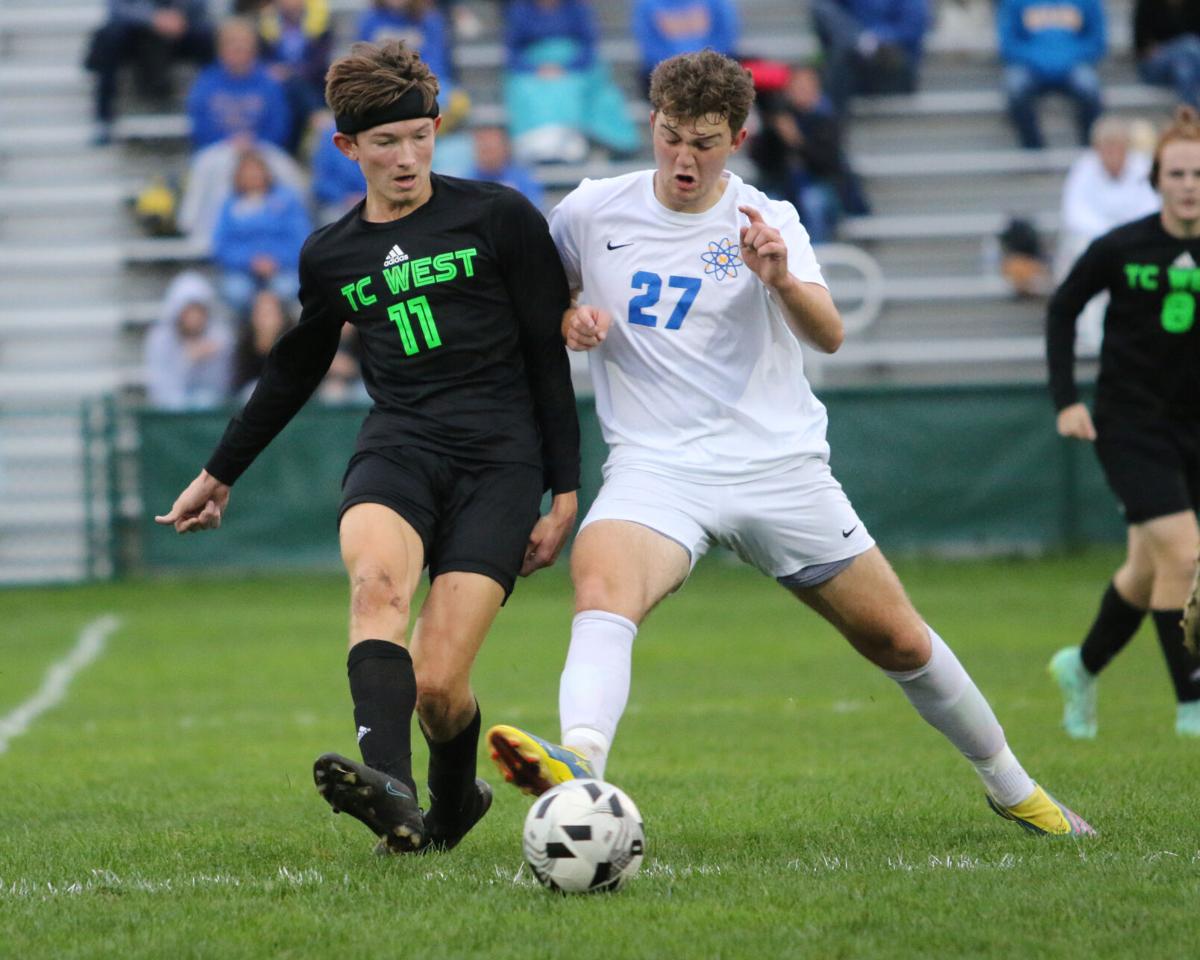 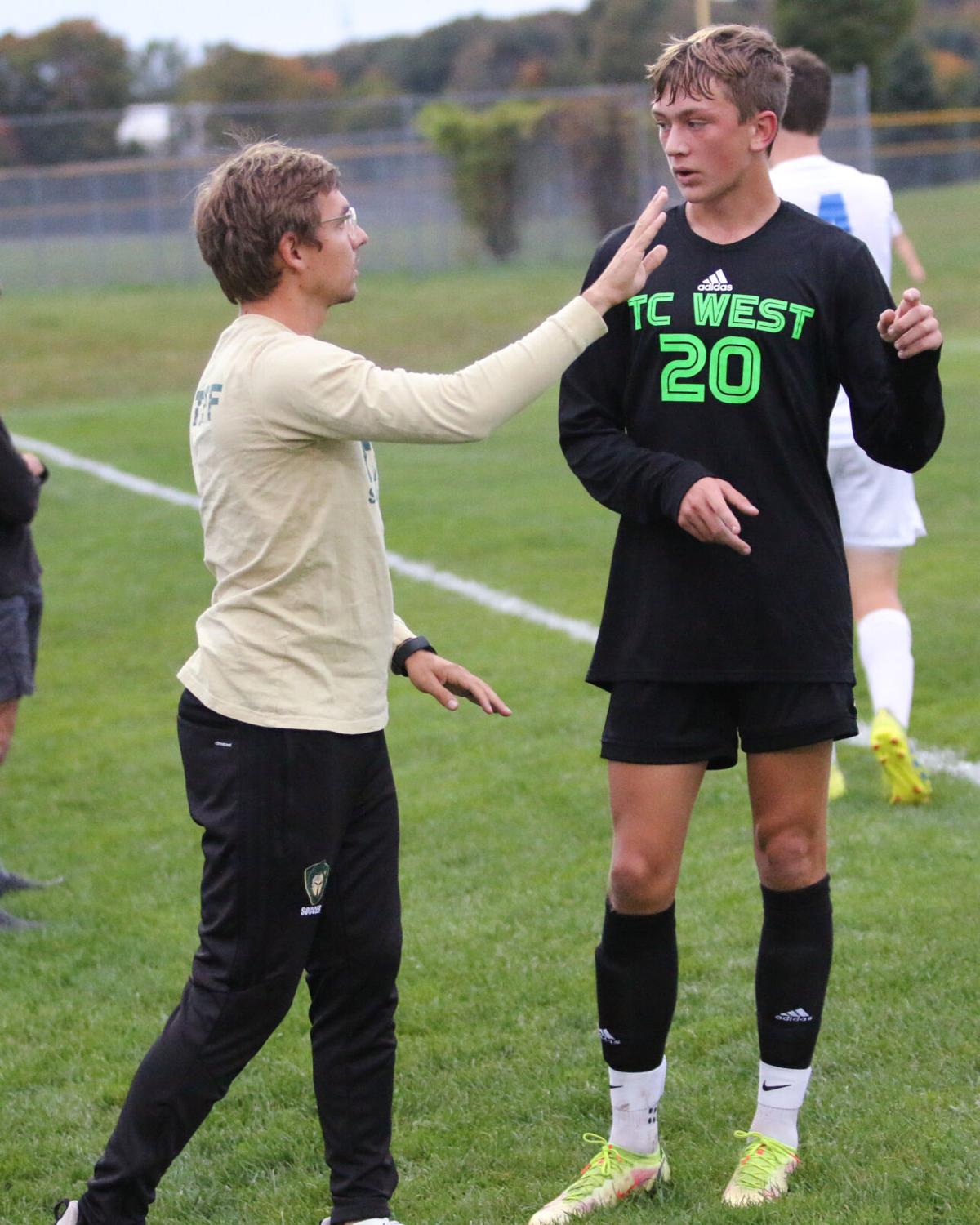 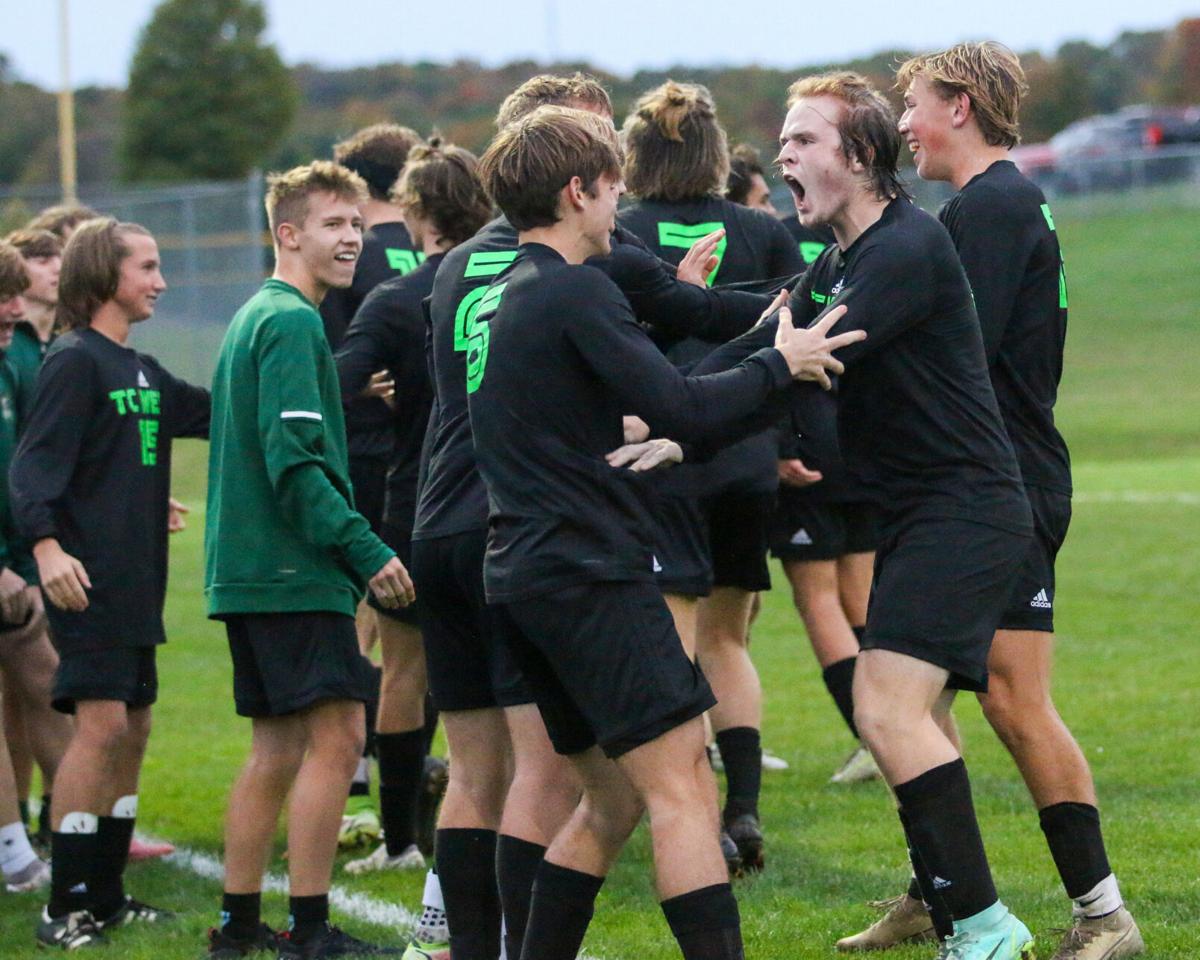 TC West blanked Midland at home 2-0 in the opening round of soccer districts on Wednesday.

The Titans (14-4-2) avenged a 2-0 loss to the Chemics three weeks ago. The victory sets up an elimination game with intra-city rival TC Central Tuesday at the Trojan Athletic Complex. Midland beat West in the second game of its home tournament Sept. 25.

“Tonight, we just were more excited to play,” Titans’ senior Colin Blackport said. “The last time we played them, it felt kind of dead. It was a Saturday, it was our second game, we had to drive down there at like 5 a.m.”

This time around, however, Blackport said the Titans were amped up for a playoff game and the attitude felt different warming up. That clearly showed.

The Titans had the majority of possession right away. Blackport scored the opening goal unassisted with just over two minutes before halftime. Josh Hirschenberger scored to take a two-goal lead in the second half.

“We came in with a pretty significant plan having seen Midland late in September,” TC West coach Matt Griessinger said. “We knew what we wanted, and the plan was executed.”

The defensive tweaks paid dividends for the Titans. Hirschenberger moved back a level to play as a holding-midfielder, replacing the typical role of Ben Carlson who moved to defend at the centre-back spot.

“We just kind of emphasized on holding possession of the ball and not letting them counter us, which obviously kept the ball out of our half most of the game,” Hirschenberger said.

The plan worked. Junior goalkeeper Trae Collins didn’t face many shots on goal and finished with a clean sheet as the loudspeakers blared Oasis’ “Wonderwall” to signal a Titans’ home win for yet another night.

“Trae organizes real well,” Griessinger said. “A lot of times you can have a really great game as a goalie not touching the ball. He communicated really well with Luke Wiersma and Ben Carlson not to get split, or not to let balls over the top. He was talking a lot.”

Central received a forfeit from Saginaw Arthur Hill to set up the game with West. The two TC schools have met in the playoffs each season since 2011. The Titans have won all but three postseason games against the Trojans within those years.

Technically, it’s the fourth different field the game has been played at in the last four years. West hosted in 2018, Central hosted in 2019 at the older Coast Guard Fields. The renovated Trojan Athletic complex was being built at the time of the 2020 game, so that contest was played at the TBAYS Keystone Soccer Complex.

The Titans won both Big North Conference games against the Trojans this fall (4-1 and 2-1), but the second meeting was far closer than the score may have indicated.

“Central has gotten a lot better,” Hirschenberger said. “A playoff game always has emotions, but we’re going to try and keep it strictly business. No emotions. Just play with passion.”

Game time for Tuesday’s game is set for 6 p.m. at the Trojan Athletic Complex.