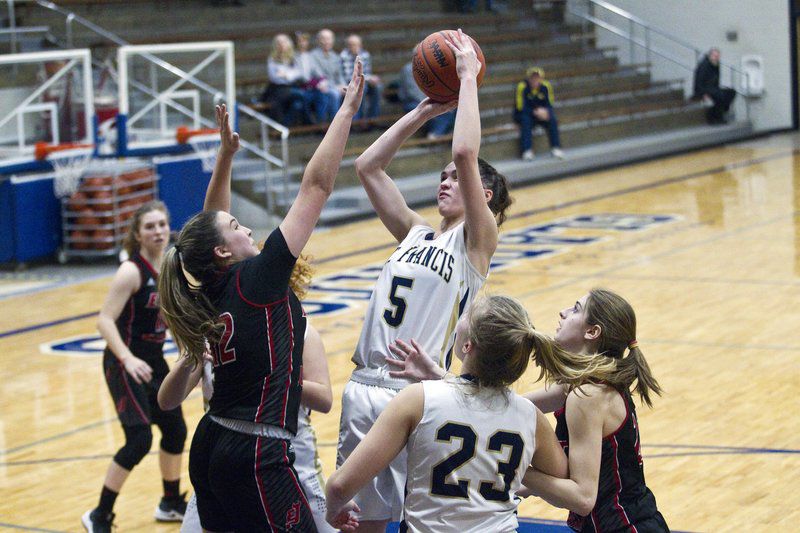 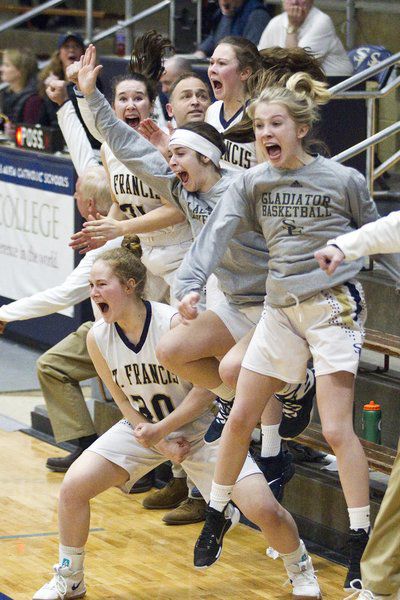 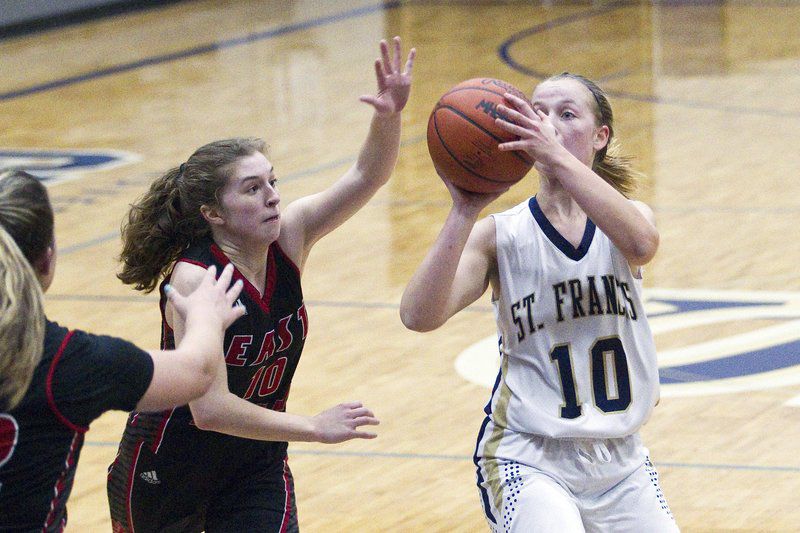 The Traverse City St. Francis forward grabbed a late miss by teammate Maddy Wierda and willed the ball up over the front of the rim as time expired on the Gladiators' 39-37 overtime victory.

Schaub raised both hands into the air as she ran toward the St. Francis bench and was enveloped by her screaming teammates.

"I definitely just knew I had to have all the confidence I would have enough time if I was gonna put it in," Schaub said.

The final shot was an exclamation point to an incredibly strong half for Schaub, who went scoreless in the first half. The junior dropped 10 points after the break, including two putbacks in overtime that proved to be the difference.

"When Kam plays great basketball, we play great basketball as a team," St. Francis coach Tyler Schell said. "She finds a different level and we saw a glimpse of that tonight and periodically throughout the season. There is definitely more where that came from."

The clock showed 21 seconds after East Jordan's Jayden Weber came off a high ball screen and barreled into the lane for two points that tied the game at 37. Schell called timeout, and drew up a play to get Maddy Wierda a shot, while making sure to position Schaub near the rim in case of a miss.

"We have had games or at the end of the quarter where we want the last shot, but have struggled with it this year," Schell said. "We got the person we wanted shooting and the person underneath the basket rebounding the ball, and we had just enough time for it to work out."

The win gave the Gladiators their second two-point victory of the season over the Red Devils. St. Francis defeated East Jordan 47-45 on Jan. 22.

St. Francis is enjoying a five-game winning streak and has won eight of its last nine games. Just one Lake Michigan Conference game remains on its schedule, and the Glads sit in third place in the league behind Charlevoix (11-0) and Elk Rapids (10-2).

It's been a polar opposite streak for East Jordan. The Red Devils began the season 8-1 overall and 2-0 in the LMC, but has since gone 1-9 overall and in the league.

Jayden Weber led the way for the Red Devils, pouring in a game high 21 points, which included nine made field goals. She also made her presence felt on the glass.

"Jayden Weber (is the biggest challenge)," Schell said. "When we went up their place and won by two points, she had 29 points against us up there. We knew we needed to cut that down. She's super physical."