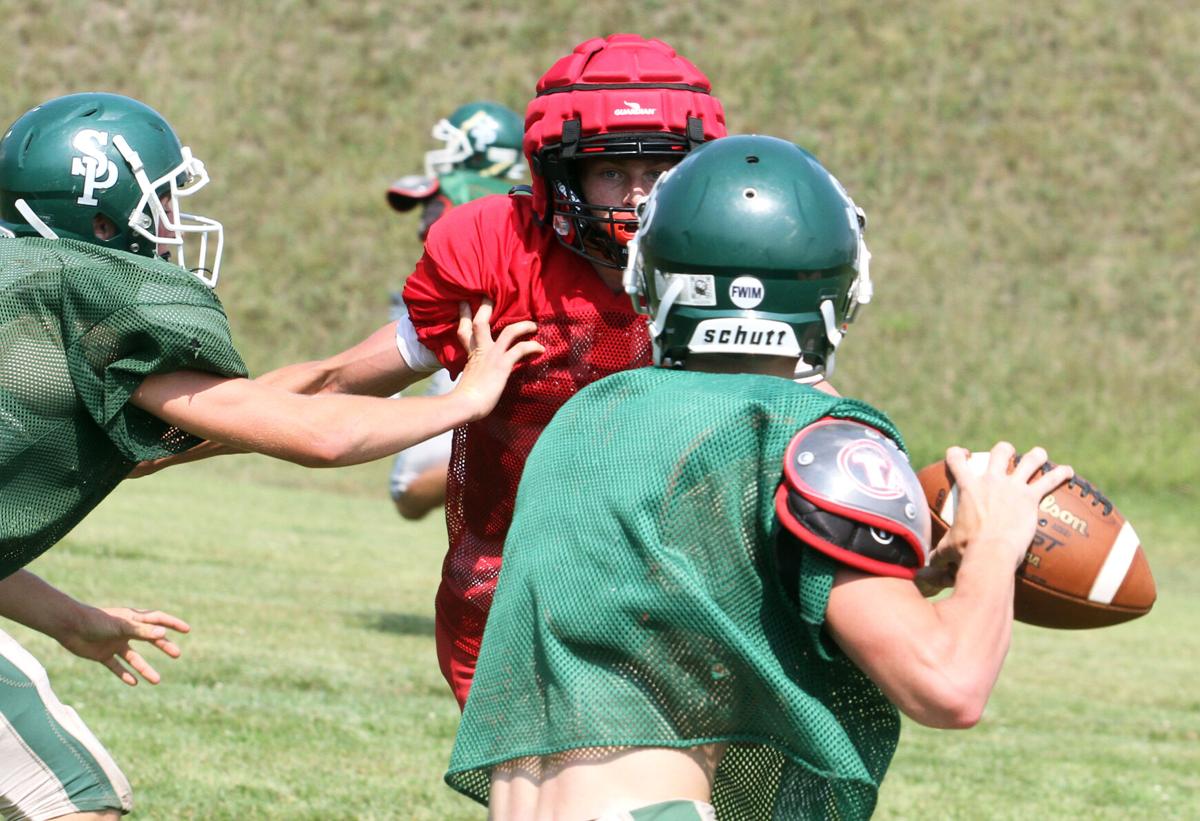 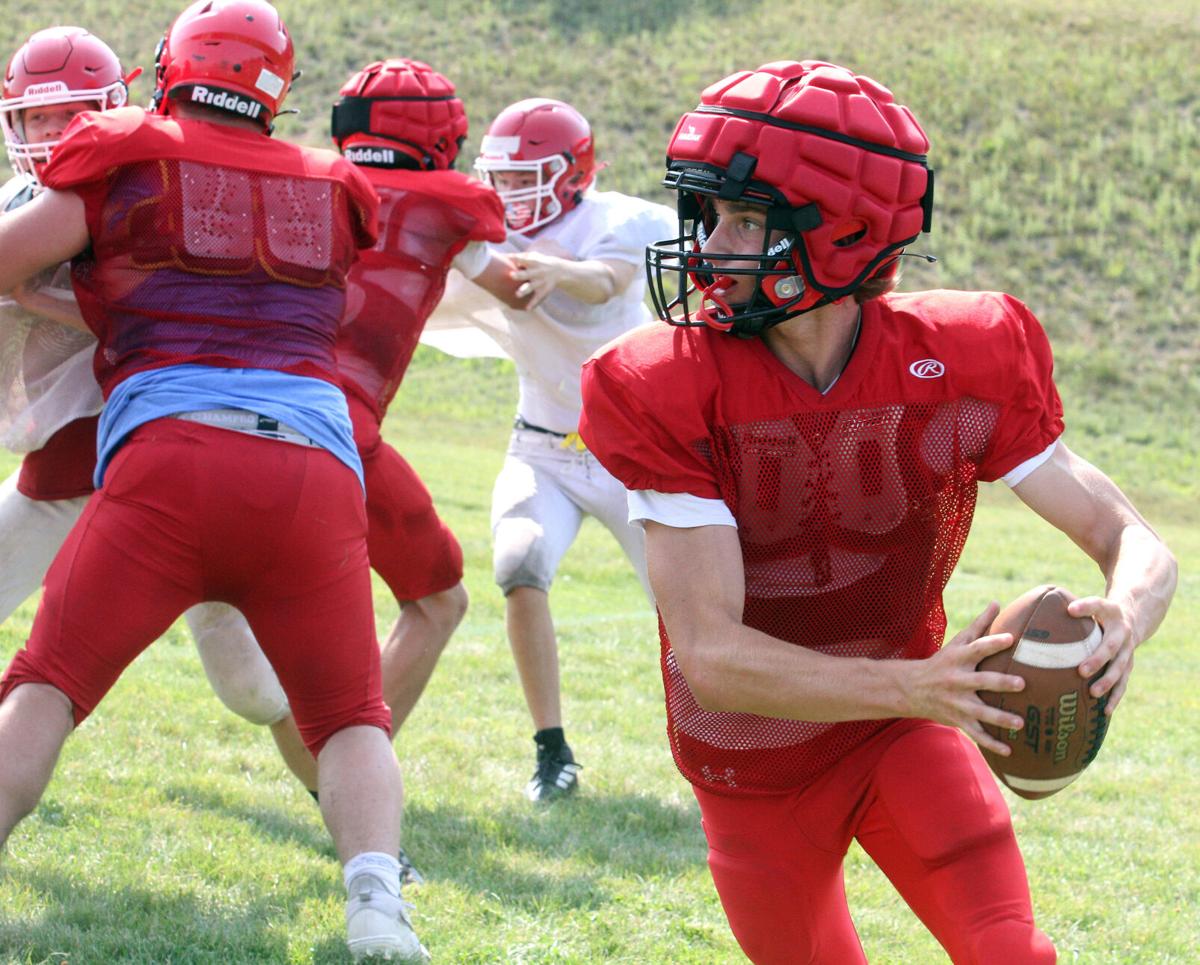 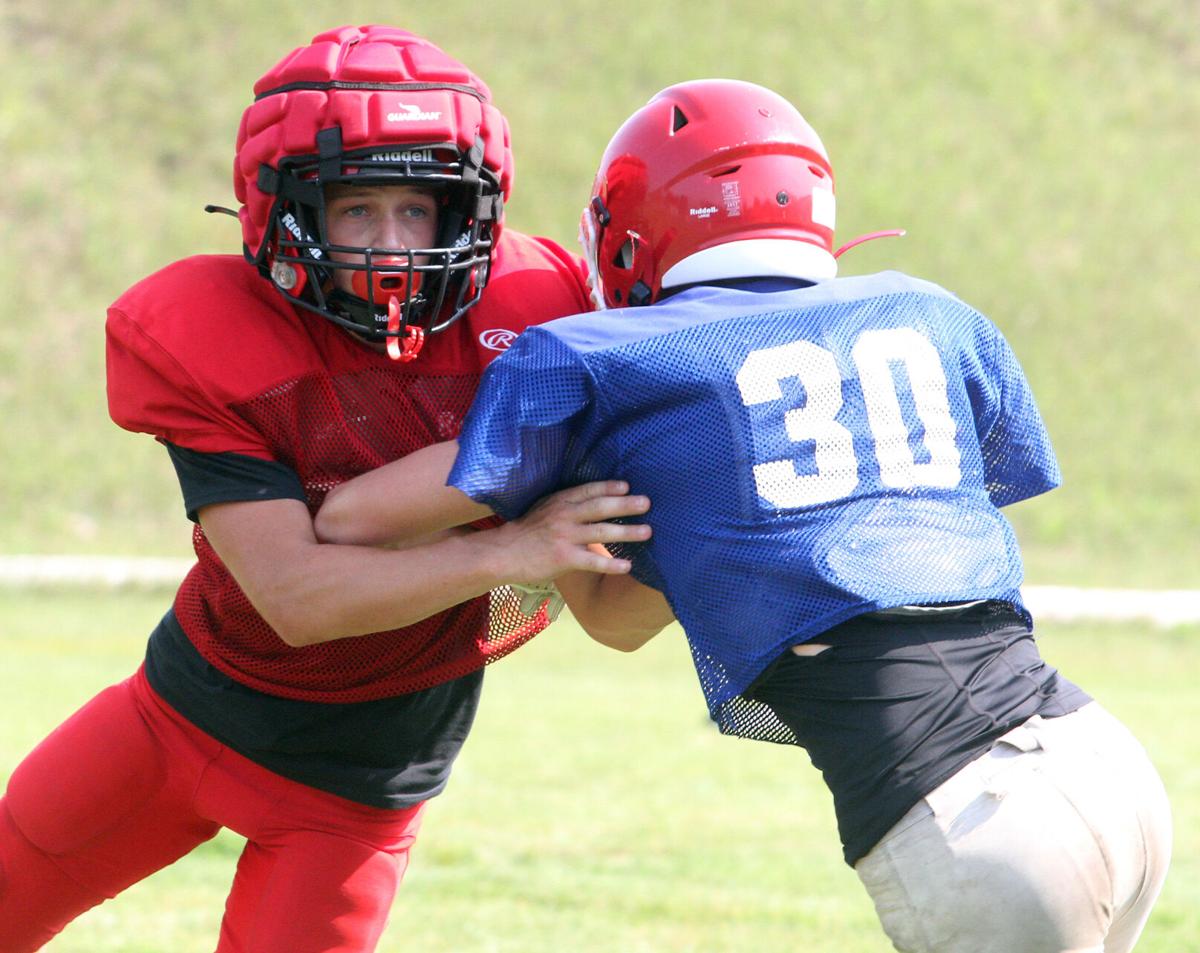 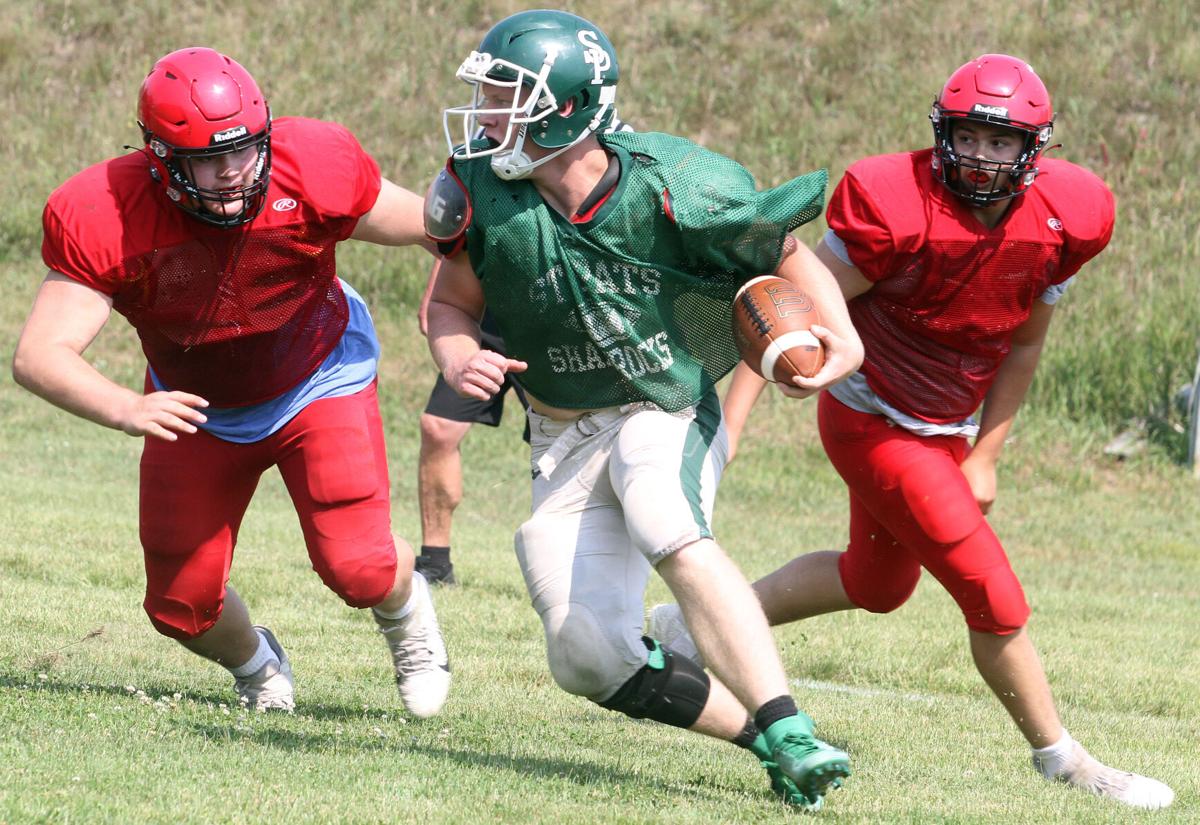 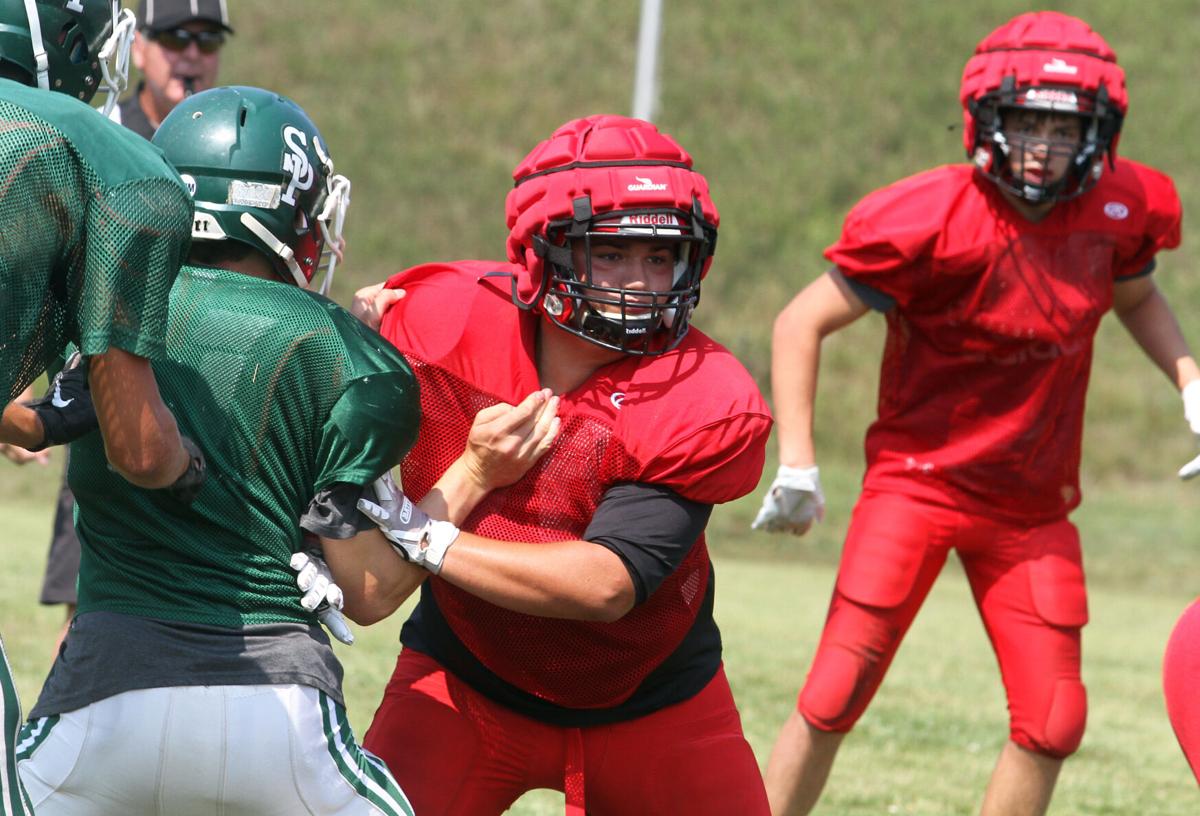 Suttons Bay's Brayden Schichtel keep an eye in the backfield during a scrimmage at Manistee Catholic Central last Friday. 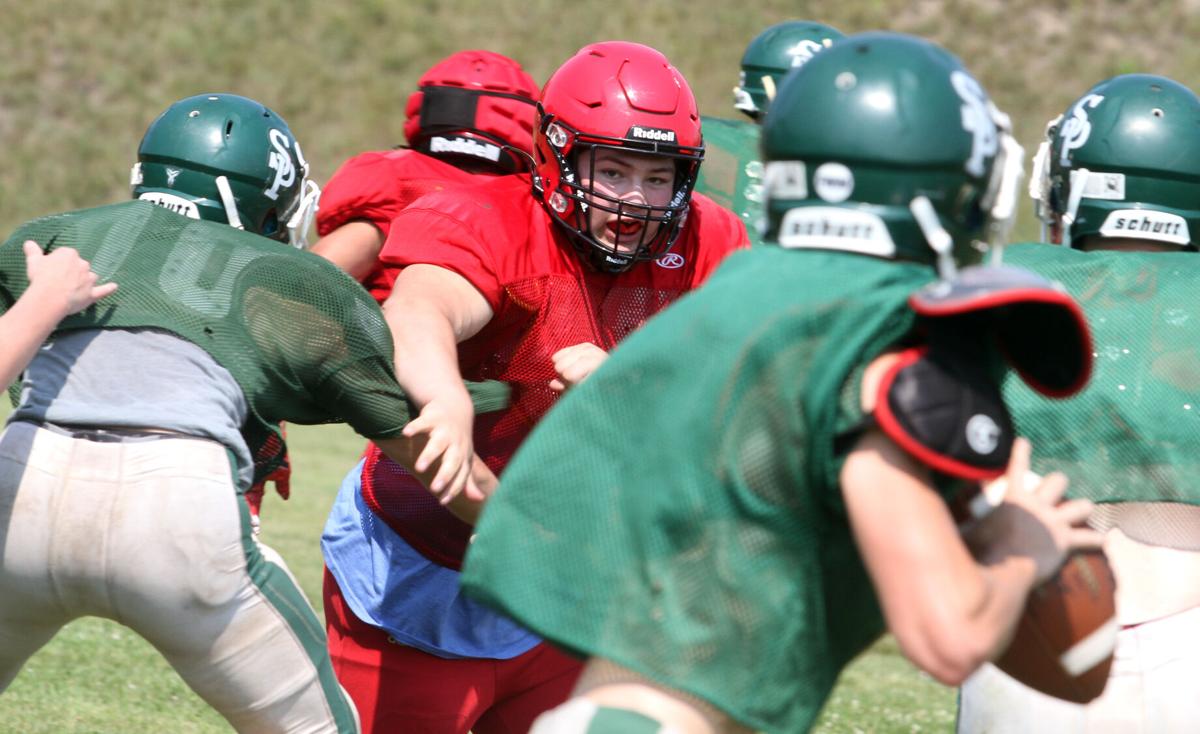 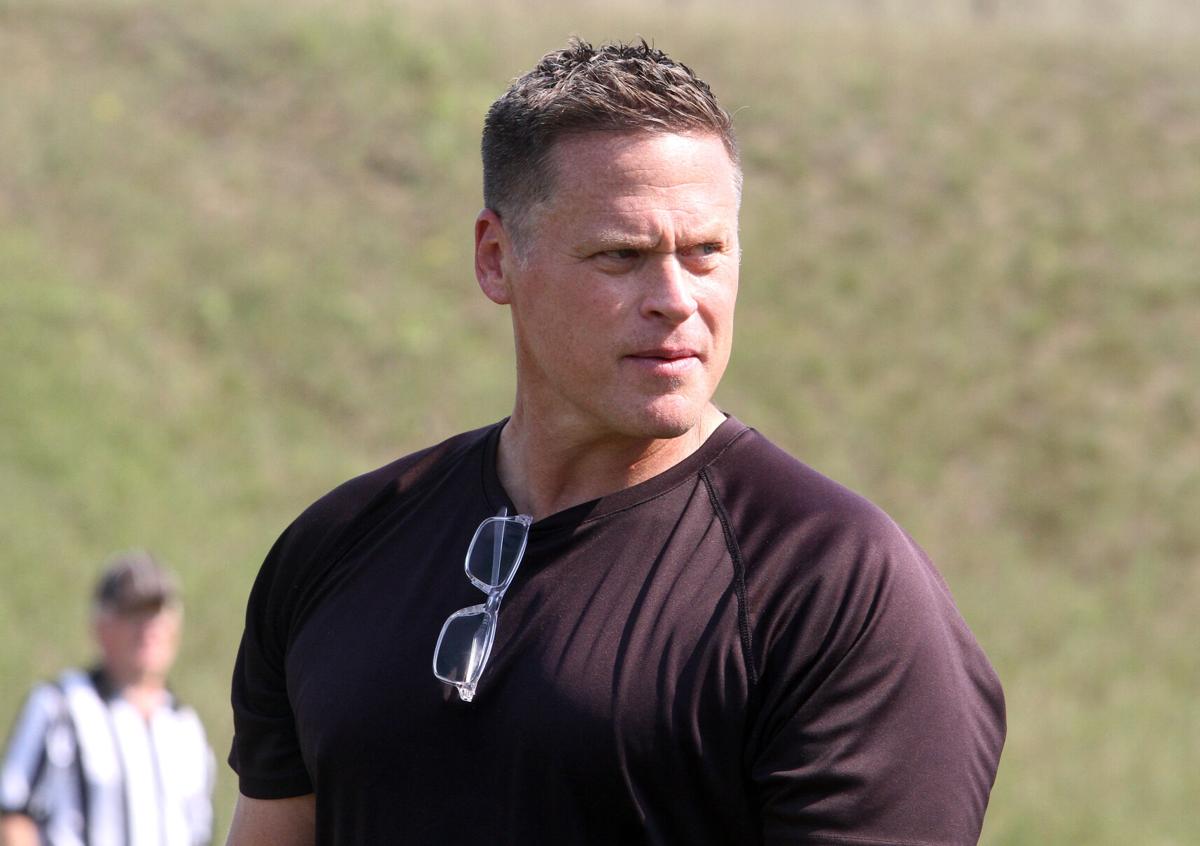 Suttons Bay's Brayden Schichtel keep an eye in the backfield during a scrimmage at Manistee Catholic Central last Friday.

The Norsemen came up short in last year’s eight-player state championship, falling to Adrian Lenawee Christian. But that setback loomed large in the team’s offseason, charging up players to frequent the weight room in preparation for another shot.

Norsemen at a glance

Norsemen at a glance

Suttons Bay came up short in the title game each of the last two seasons.

“Well, we obviously know we can do it,” senior running back Hugh Periard said. “Losing for the past two years, we have the biggest chip on our shoulder. We’re ready to get there and get our business done and go home. We’re just ready.”

Krumlauf, a soccer player who dual-sported last season, is sticking to football only this season and figures to also get touches in the backfield quartet.

“Three of our guys I would consider power runners,” third-year Suttons Bay head coach Garrick Opie said. “Some a little bit more shifty than the others, but I’d say that they like putting their shoulder down and running through people. They enjoy that. Krumlauf has lightning and cuts. So good versatility in the backfield. I think we can have a good rotation.”

Opie said he expects Lenawee Christian to reload, although the team did lose last year’s eight-player Player of the Year, Jameson Chesser, to graduation.

The possibility of getting another shot at Lenawee — or anyone else, for that matter — spurred high turnouts in the team’s offseason workouts.

“We like the grind,” Periard said. “This whole offseason, we’ve all been living in the weight room, just grinding it out, wanting that one goal and just trying to get to it. We definitely lost a lot of key players like Mikey (Wittman), Nate (Devol), Jake (Murphy), Josh VanTomme, but we’ll still be good.”

Dylan Barnowski slides into the quarterback spot Devol held last year. The Lake Leelanau St. Mary junior joins fellow Eagles in Bramer and Kohler to give the Norse an extra kick on offense.

“He’s got good speed, and he can really hit a second gear and really be fast and be a threat as a quarterback,” Opie said of Barnowski. “I’m really proud of him for taking this because we’ve had two senior quarterbacks that have had a lot of history. I like what I’m seeing so far.”

“We’ve been working very hard in preseason here and in the weight room and we’re excited to play,” Opie said at the team’s scrimmage. “So I’m just hoping to go compete again and hopefully get there again.”

JOHANNESBURG — Johannesburg-Lewiston football coach Joe Smokevitch didn’t try to hide the fact that the Cardinals are low in numbers.

CADILLAC — Leland and Cadillac soccer played to a 2-2 draw Wednesday.

Battle at the Big House; Kingsley at McBain; Houghton Lake at Glen Lake. (Plus more)