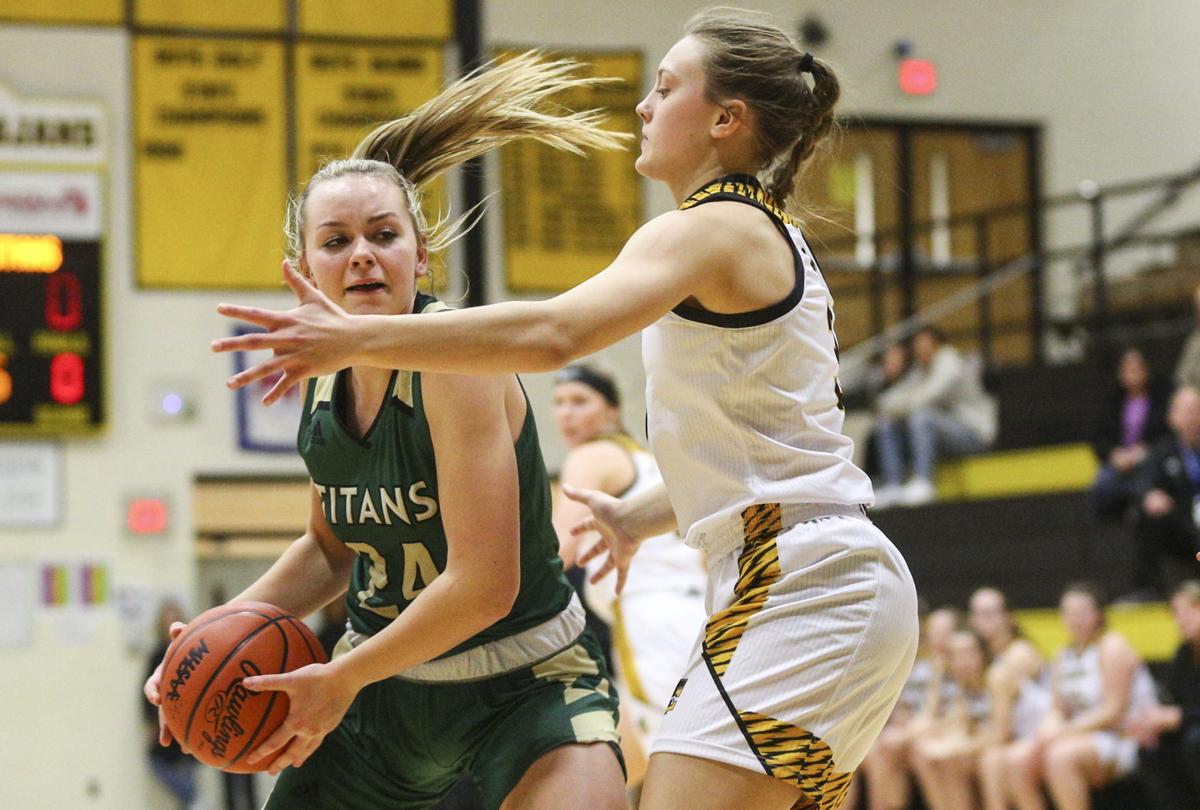 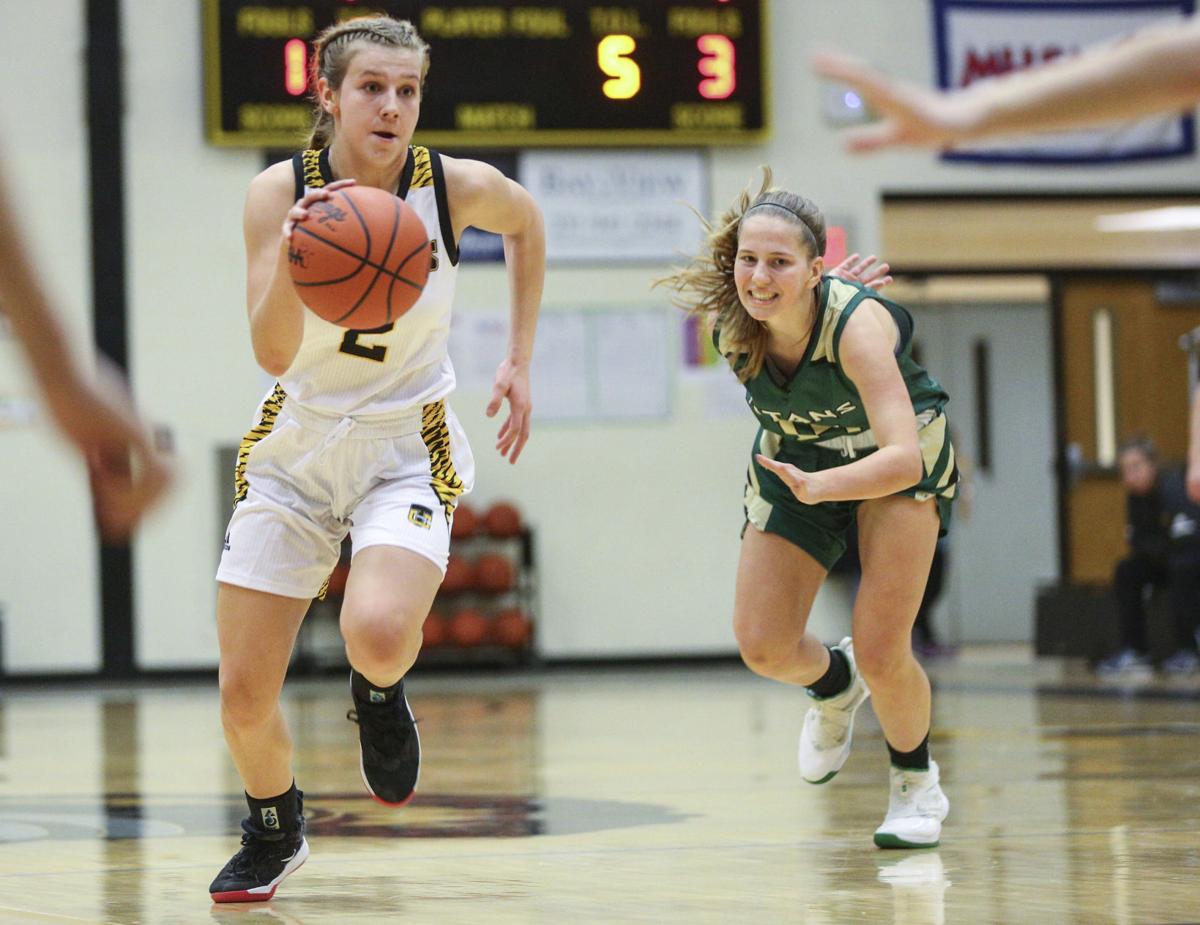 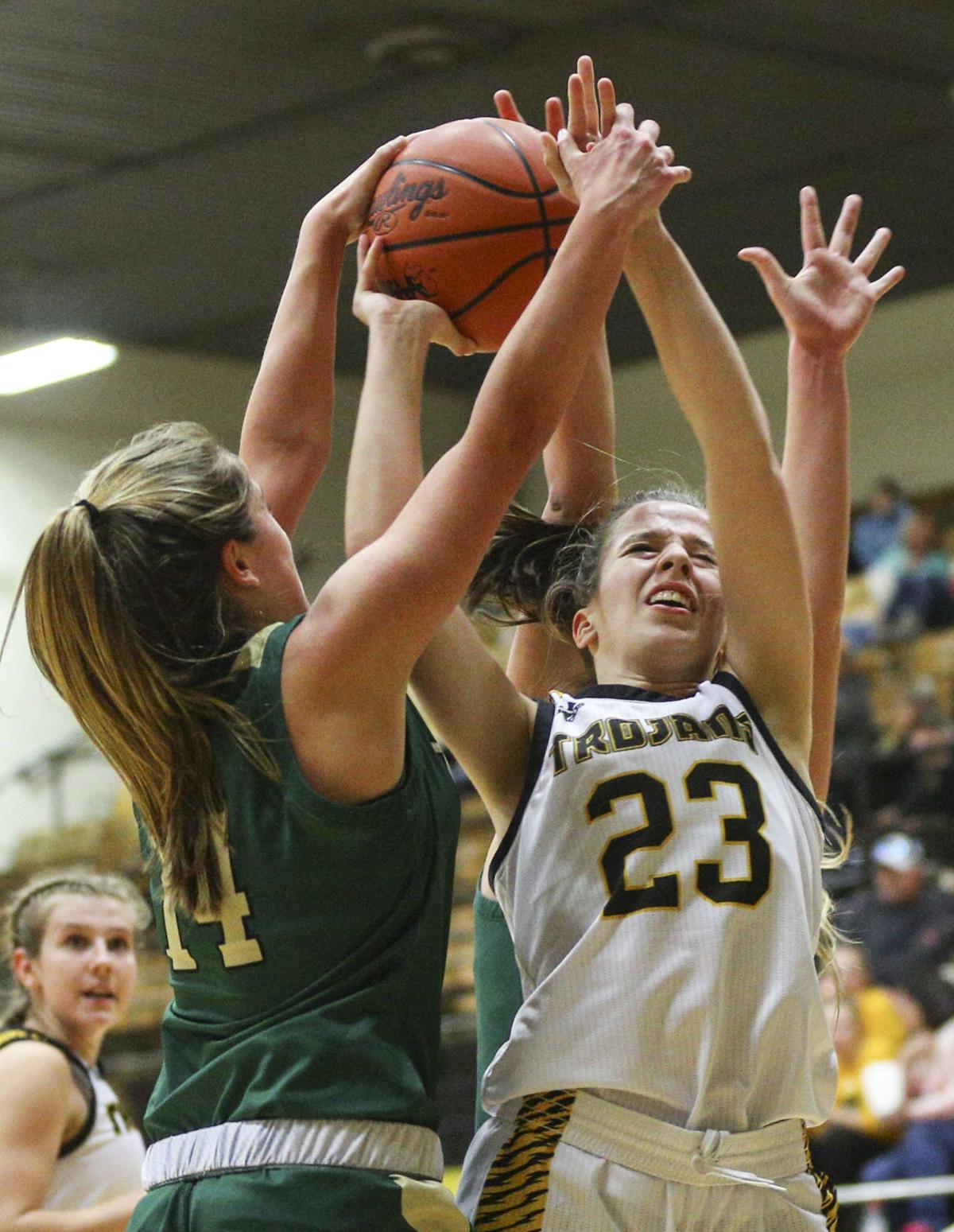 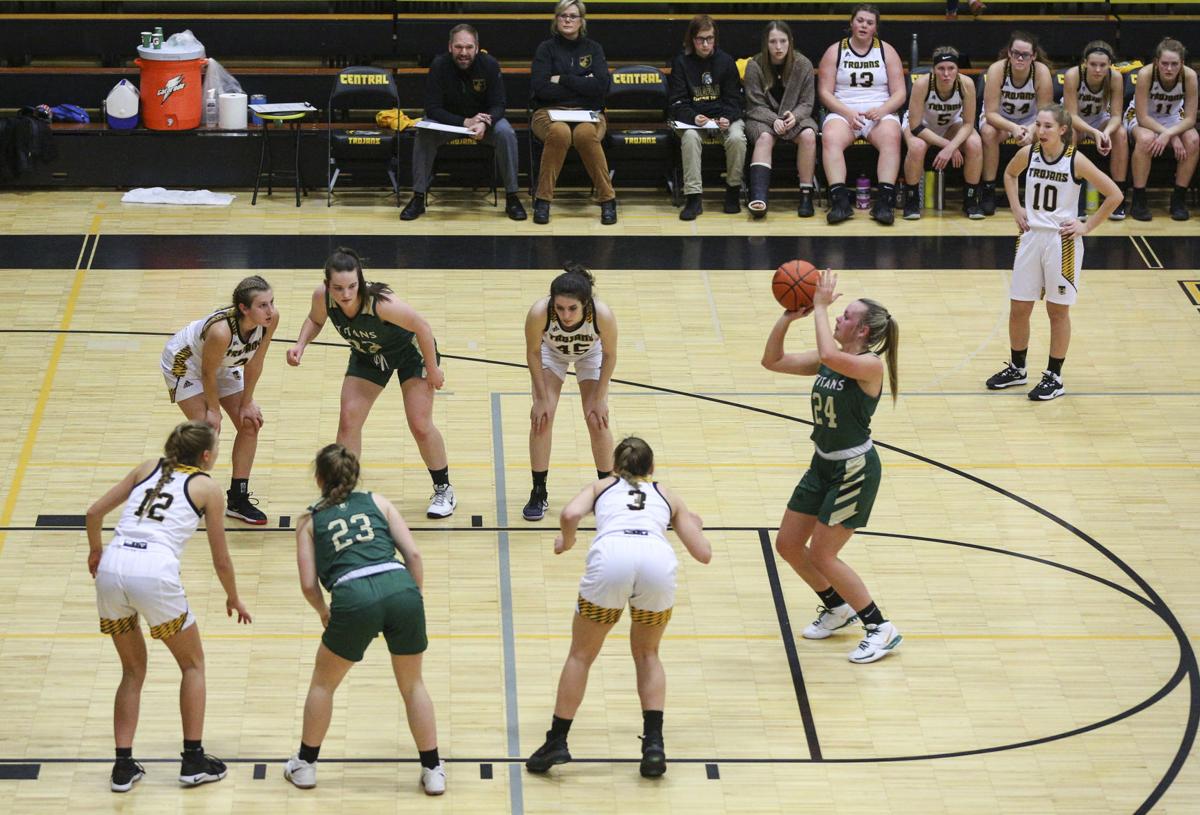 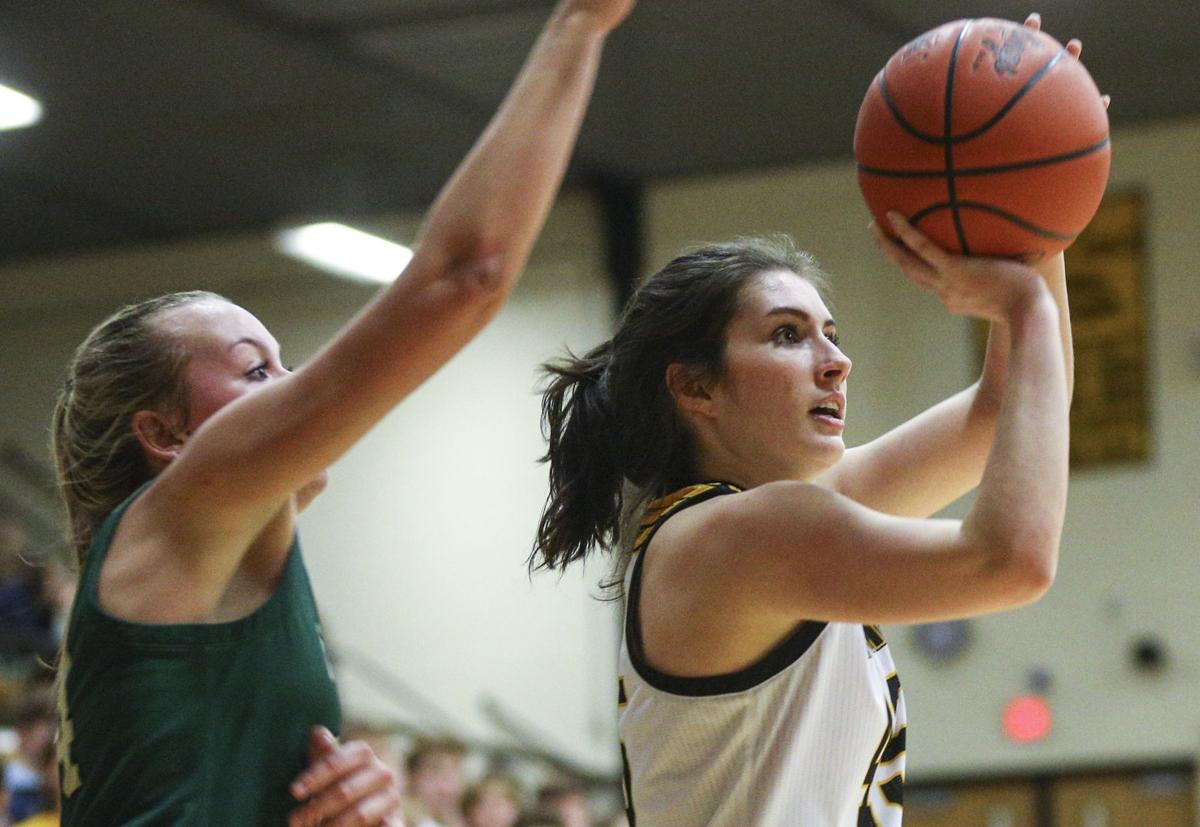 TRAVERSE CITY — “This is our house!” rang from the Traverse City Central student section with one minute to play against rival TC West on Friday.

While the Trojans were inside their home gym, it has been a while since they could celebrate on their home court. That changed on Friday when the Trojans took down the Titans 48-36 to snap a 16-game home losing streak, dating back to when they beat TC West in the first round of the playoffs in 2018.

“It just feels awesome because we really struggled last year,” Trojans senior Sadie Zann said. “We were always trying to dig ourselves out of this hole and we just kept like going through the cycle where we just win and then get back down. We could just never really finish but tonight we played as a team, which we’ve been working on really hard, and it just showed when we work together just what we can accomplish.”

The win wasn’t a sure thing until after the halftime break. The Trojans took a 24-20 lead into the break and switched up their defensive philosophy in the second half, leading to a very lopsided third quarter.

The Trojans let the Titans score the first point of the second half then proceeded to hold them scoreless over the next six minutes of play to open up a 38-21 lead.

“I thought our defense was really good,” Trojans head coach Greg Farmer said. “We switched out of our zone and went to man-to-man for that second half and the kids just played hard and aggressive and did some good things.”

I think when we were in our zone they were trying to overcompensate just a little bit too much and by going man it gave them that freedom to just go for stuff and not have to cover up when somebody else is shifting.”

While the Titans were able to hold back the Trojans offensive attack in the first half, the amount of turnovers that TC West committed after the break gave the Trojans many more opportunities to score. Zann opened the scoring for TCC in the third and sparked the run with a jump shot from the elbow then she buried a 3-pointer before knocking down a layup to put her team up 31-21.

“I think we lost a little bit of our confidence (after that),” Titans head coach Amy Drake said. “I thought the first half we did great and we held the ball strong but second half we came out and offensively we just struggled.”

The relentless pressure from the Trojans defense fed into their offensive attack throughout the game and several steals by Carina Stewart and Zann flipped the court in a hurry and led to easy buckets for the Trojans. Stewart led the Trojans with 15 points and Zann finished with 10.

“I mean we just really stepped it up on defense,” Zann said. “We’ve always been a really good defensive team but it’s really just effort and we really wanted this win. Our heads were in it and our hearts were in it so we just stepped up on defense and created turnovers and then that played into offense.”

The Titans wouldn’t get closer than nine points after the conclusion of the 14-3 third-quarter run, still Drake said she noticed her team never gave up and were still sinking shots late into the game.

The stout TCC defense didn’t allow any Titan to score more than seven points with Erin Wagoner and Makada Hisem reaching that benchmark for TC West.

“I think that’s big and I think that’ll propel us on,” Farmer said of the streak snapping win. “The big thing I think that our kids are seeing is we are scoring better than we were last year, we played good defense last year but we just couldn’t finish a lot of shots.

“I knew they were ready before the game but they really came together tonight and we we’ve talked a lot about just being together as a team and bonding and just trying to work for each other. I felt like that finally happened.”