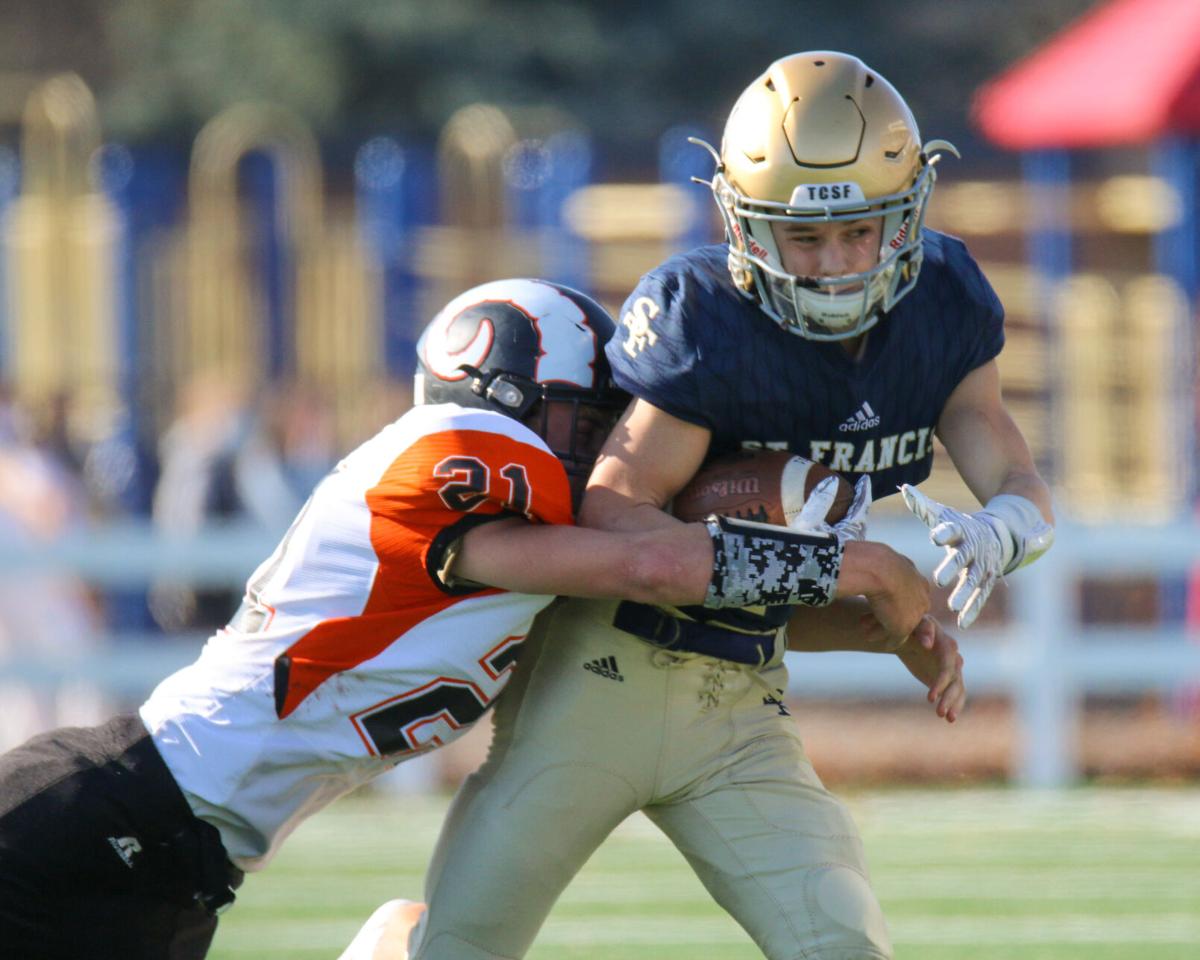 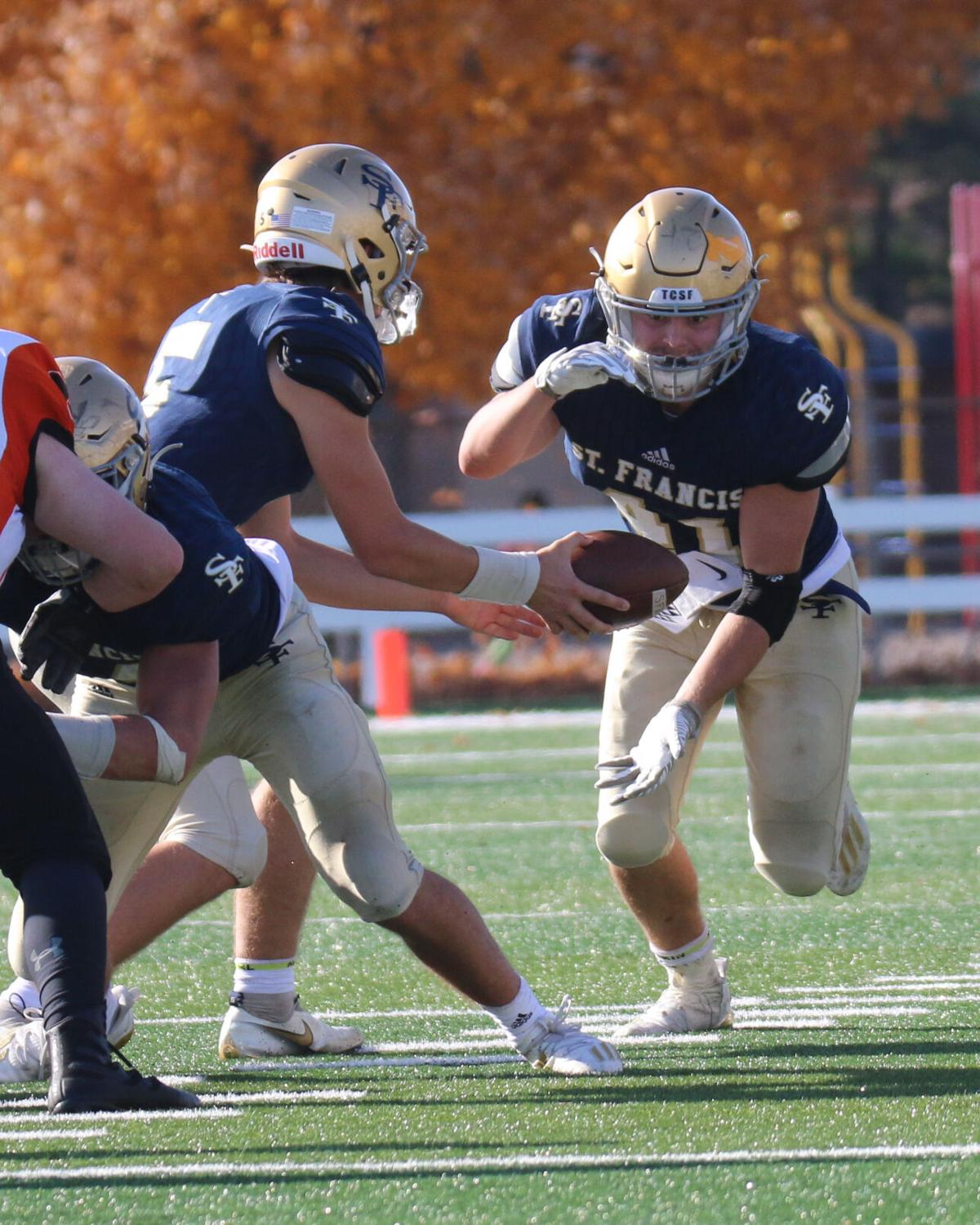 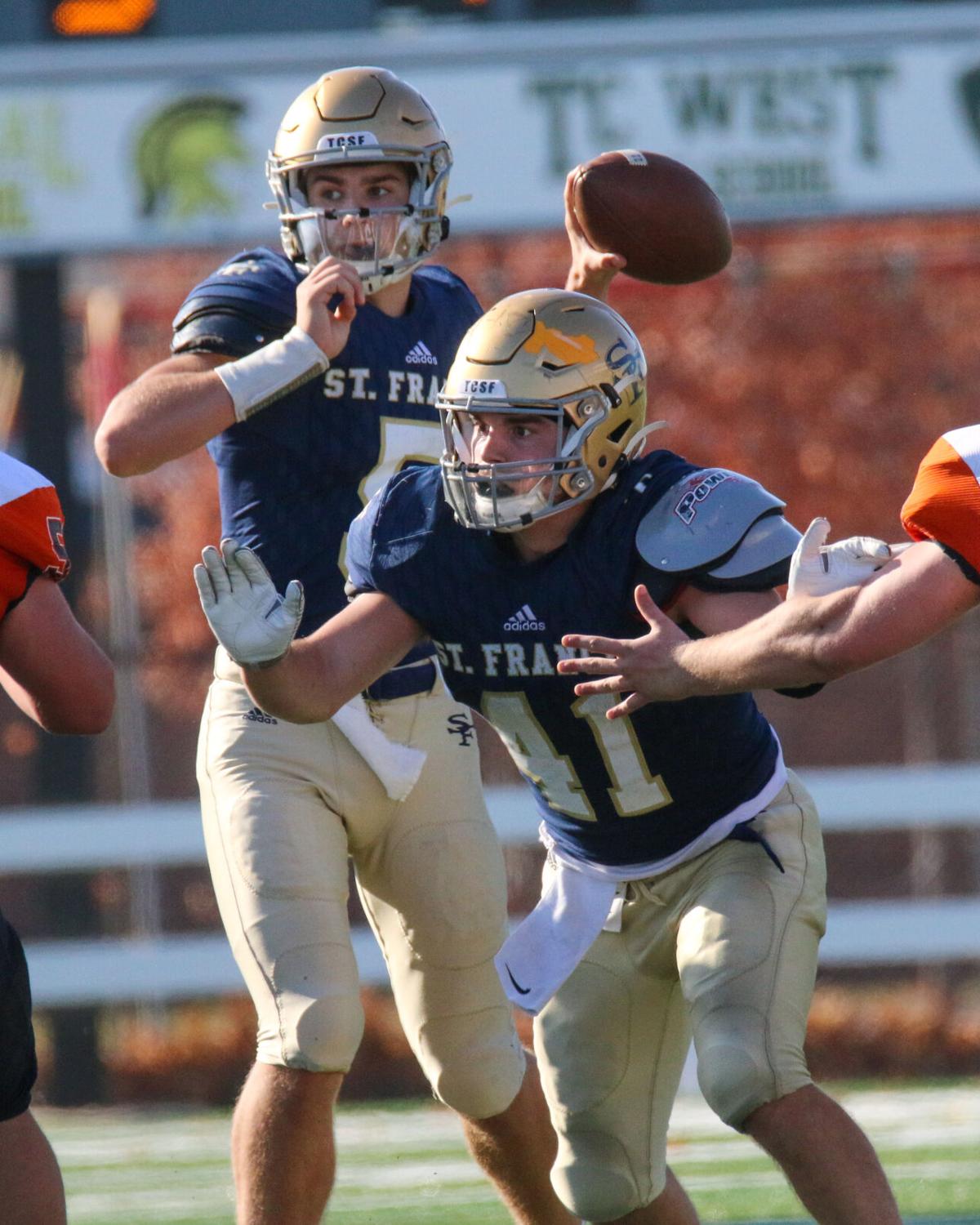 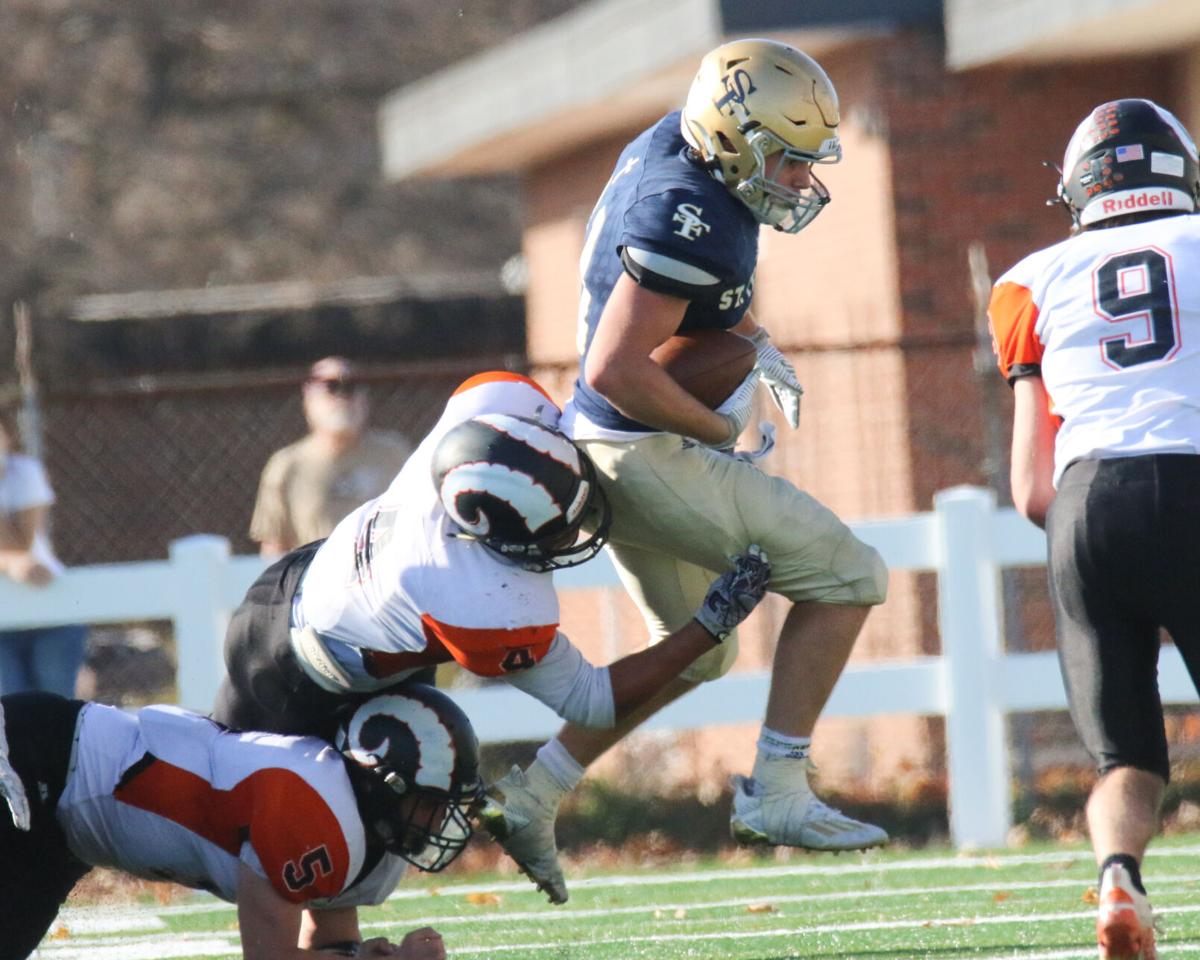 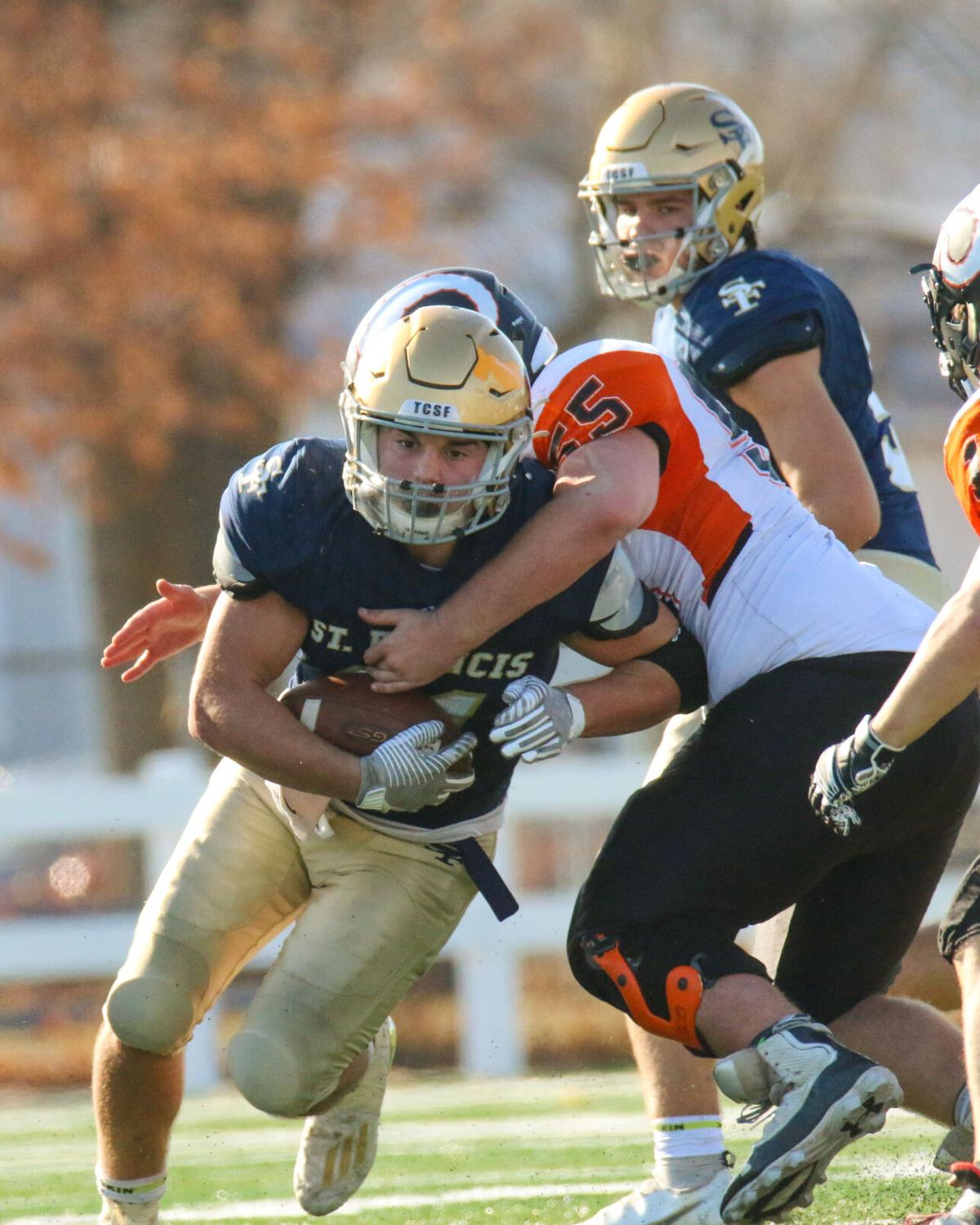 TRAVERSE CITY — Charlie Peterson likes the idea of ending a team’s season on the road.

“There’s something fun about ending a team’s season on the road,” said Peterson, the Glads junior quarterback. “It feels like you’re going into a hostile environment and to just leave victorious, it’s the best.”

Coach Josh Sellers said the Gladiators managed to get eyes on the Rayders a few times this season.

“They’re 8-0 for a reason,” Sellers said. “Our kids are going to have to get ready to go on the road. We haven’t been on the road in the last four weeks. We’re looking forward to a great matchup with Charlevoix next week.”

Peterson said the Gladiators (5-2) figured the brackets would end up with them in a matchup with the Rayders.

“We kind of knew that’s who we’d play coming out of week nine in the district finals,” Peterson said. “I’m just excited because it’s gonna be a playoff game under the lights on Friday night at seven — we don’t have to play on Saturday again.”

The Gladiators took a lead early and never surrendered it, but they gave up more yards in penalties (147) than the Rams had yards of offense (113).

Peterson threw for 133 yards and a touchdown, senior Owen Mueller led in rushing with 82 yards and Gabe Olivier led in receiving with a 60-yard touchdown catch.

“We could never really get in a rhythm offensively,” Sellers said. “Got a lot of guys involved today which is nice. Our defense played well, they got on the board against our twos, that’s a learning experience for us.”

Harbor’s lone score came from a pass by Grant Richardson to Derek Hebner late in the fourth quarter.

St. Francis will travel to play Charlevoix, with another game at Thirlby field possible in the event of a St. Francis win. Both Evart (28.6) and Oscoda (31.1), the matchup on the other side of the bracket, have less playoff points than St. Francis (35.0).

The Michigan High School Athletic Association has said semifinals will take place at the site of the highest-ranked team unless schools are more than 200 miles apart.

KINGSLEY — An unnamed person on the coaching staff for the Kingsley High School football team has tested positive for COVID-19.