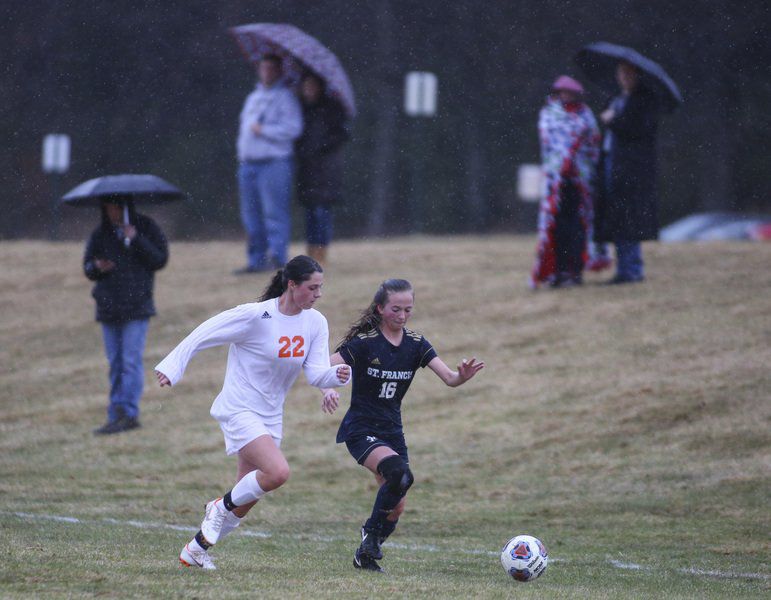 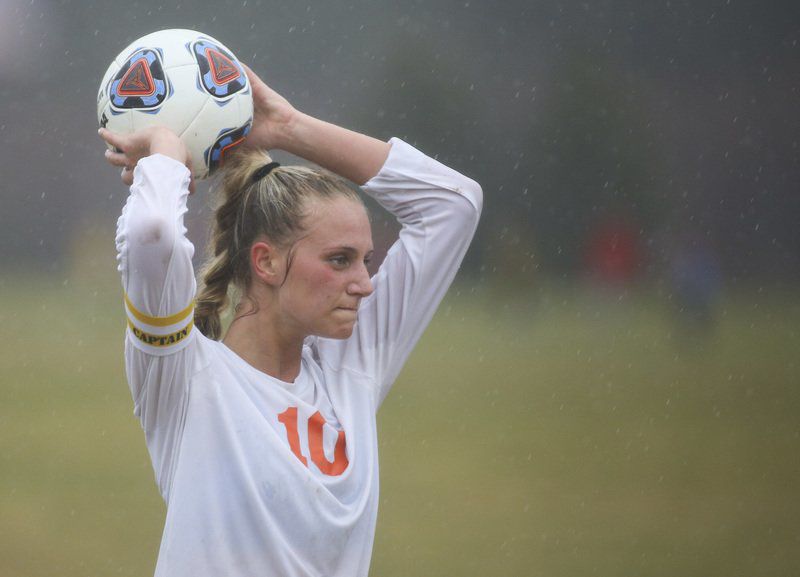 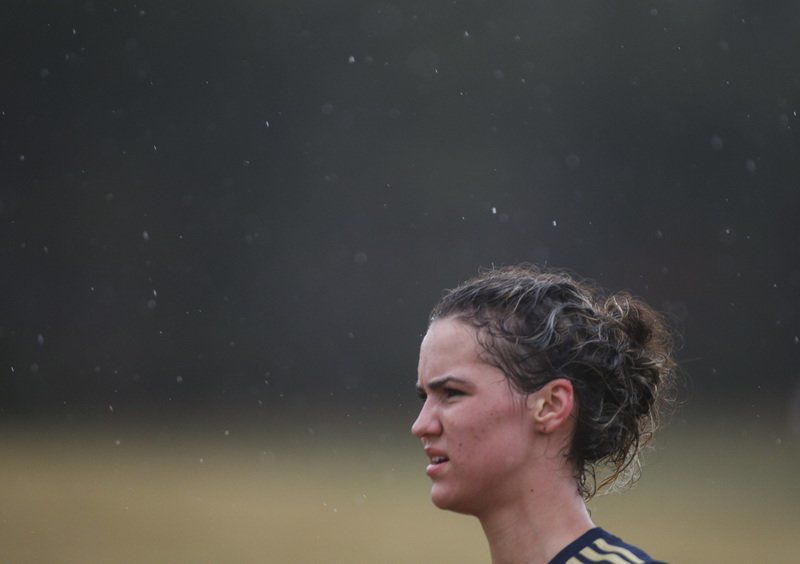 TRAVERSE CITY — The Traverse City St. Francis girls soccer team left the Keystone Soccer Complex shivering and soaked from head to toe on Wednesday, but that is not all they came away with.

The Gladiators (2-2, 1-1 LMC) used a strong first half and a little help from the driving rainstorm to take down Elk Rapids (2-3, 2-1 LMC) for the first time in at least a decade.

St. Francis earned a 2-1 victory over it's Lake Michigan Conference foe, but it didn't come without a concerted effort.

"We have this quote 'Fear causes lost opportunities'," Glads head coach Carissa Funk said. "So put your fear to God and let's come out and play and believe in what we can do ... and they did it. They played with heart and soul and they came out and did what they trained to do all week."

They trained for the Elks game plan and athletes but it was tough to prepare for the weather that bared down on the area Wednesday afternoon.

After skipping introductions and cutting warm ups short, the teams took the field early to try and beat the storm. Lightning never came, but the rain sure did.

The first 20 minutes were about finding footing and learning to deal with the elements before the scoring began. St. Francis senior Maddie Wierda booted one off a bounce to the bottom right corner past Elk Rapids keeper Drew Antcliff with 18:31 left in the first half.

The Glads did an excellent job of limiting the Elks to only two shots in the first half and Elks coach Andrea Krakow used the shortened halftime to light a spark in her team.

"I think in the first half we came out flat, we weren't moving, the transition game was not there and quite honestly they wanted the ball more than we did," Krakow said. "I think second half we came out and started playing more aggressively. We went to the ball and controlled it more, but unfortunately they were able to finish and we weren't."

Elk Rapids turned the tide after a goal by Kyla Pryde 21 minutes into the second half. She was fed by Abby Riffell from the left corner of the box and was fouled on the way in, but had no need for the penalty shot because the work was already done.

The Elks kept pressure on the Glads throughout the second half, spending much of the time in the offensive zone, but the Glads would not let shots get to the net. After working the ball out by switching the field on defense, Wierda found herself back in front of Antcliff and drove the game winning goal home with 12:28 left to play. Antcliff had six saves.

Wierda totaled two goals on the day and found that her team's ability to communicate set up those opportunities.

"I think communication is a really big thing, especially in conditions like this," Wierda said. "We stayed on our teammates and let each other know where we were at."

The Glads will head to Boyne City for another league match next Tuesday while the Elks will host Leland on Friday.