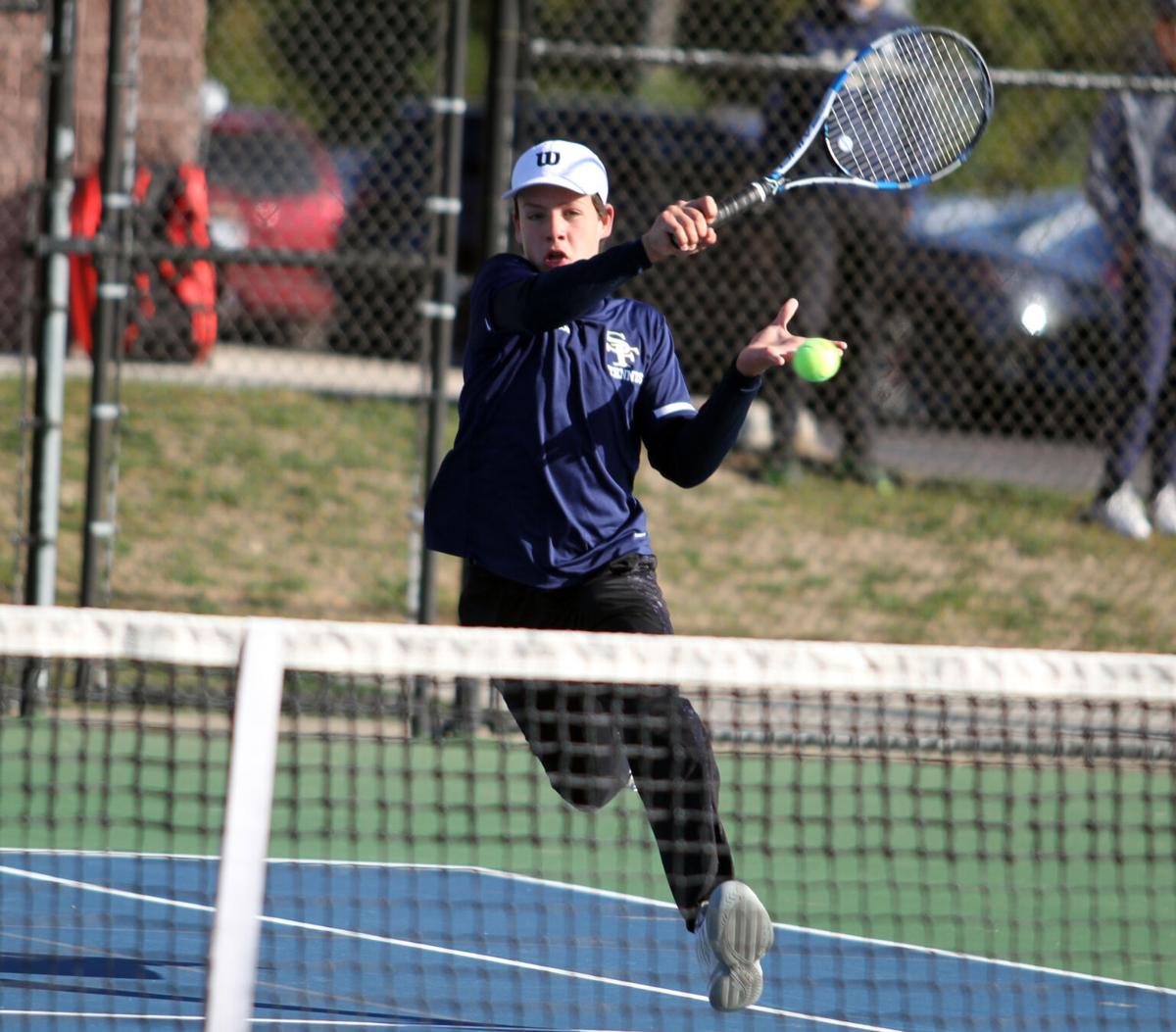 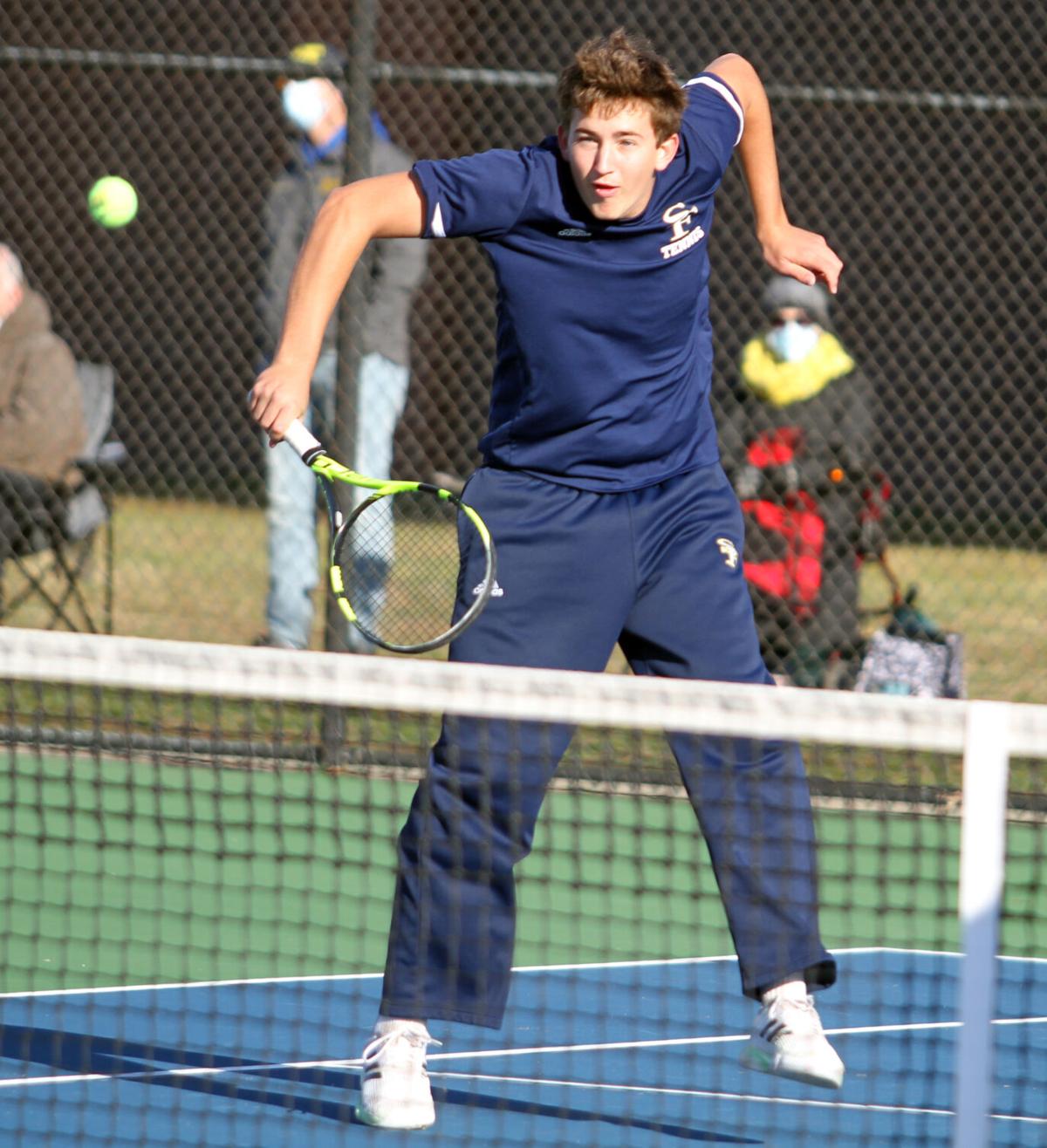 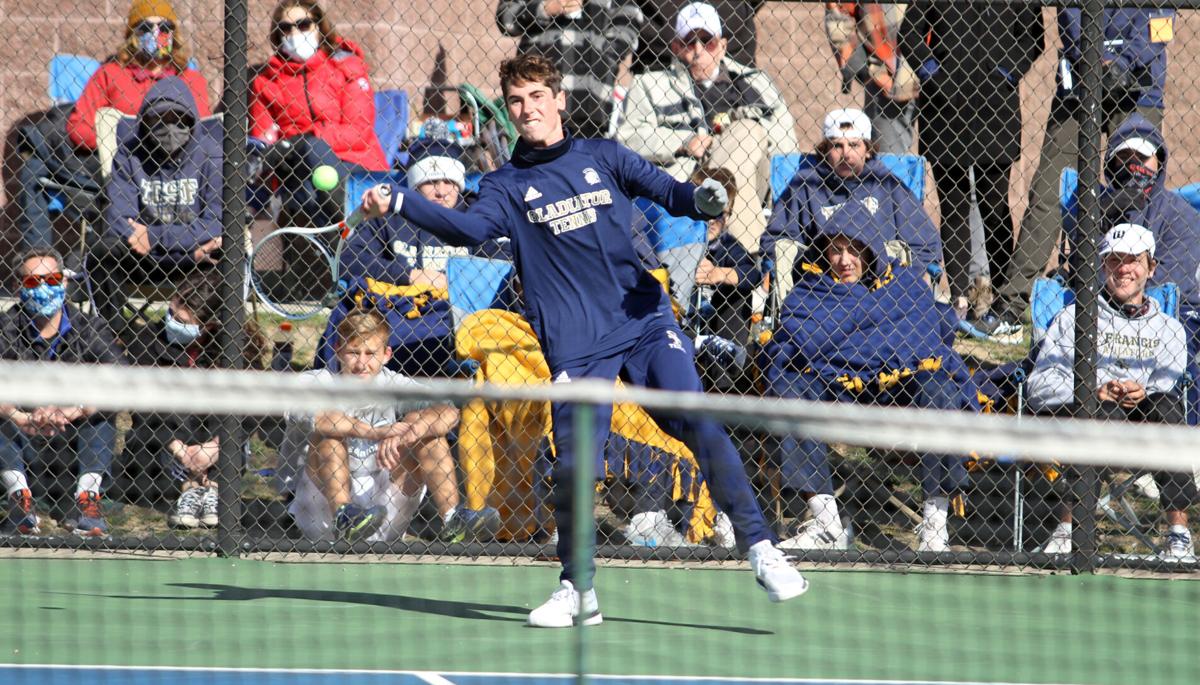 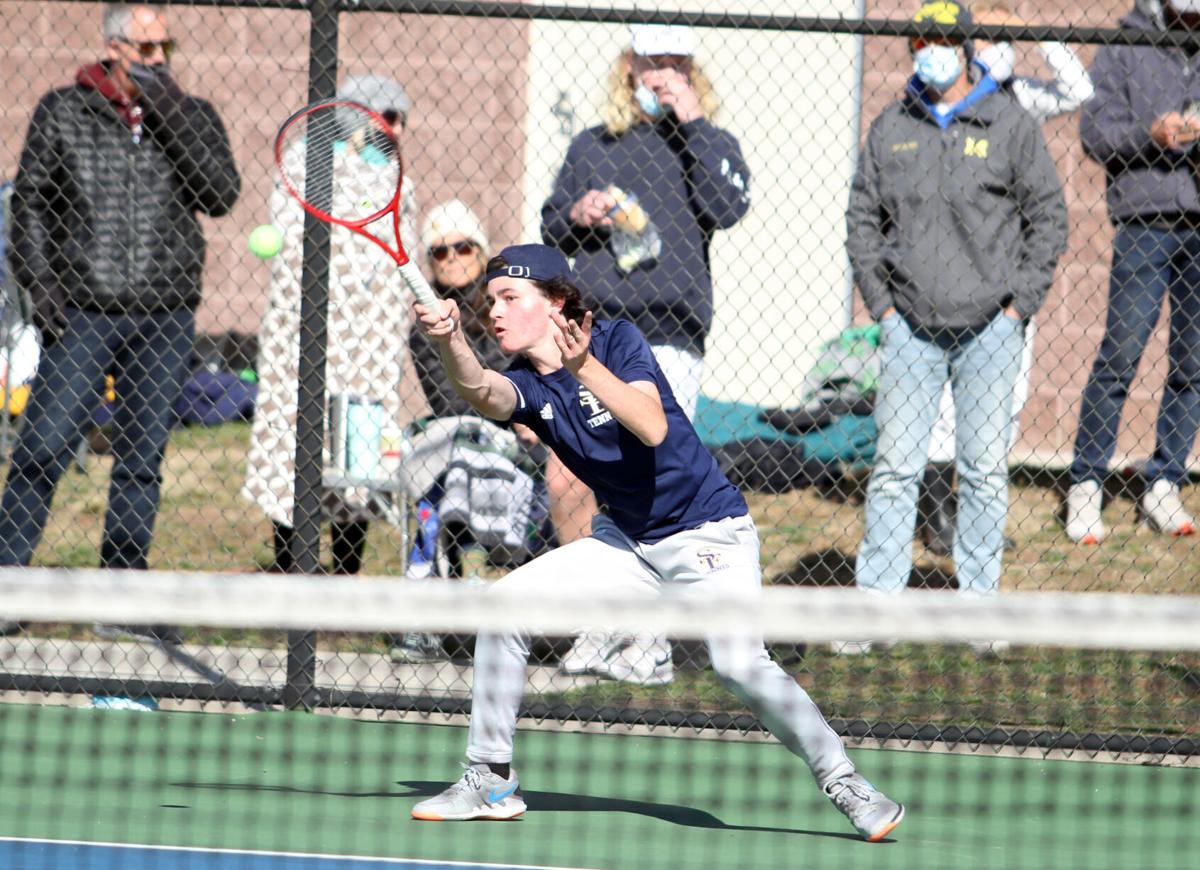 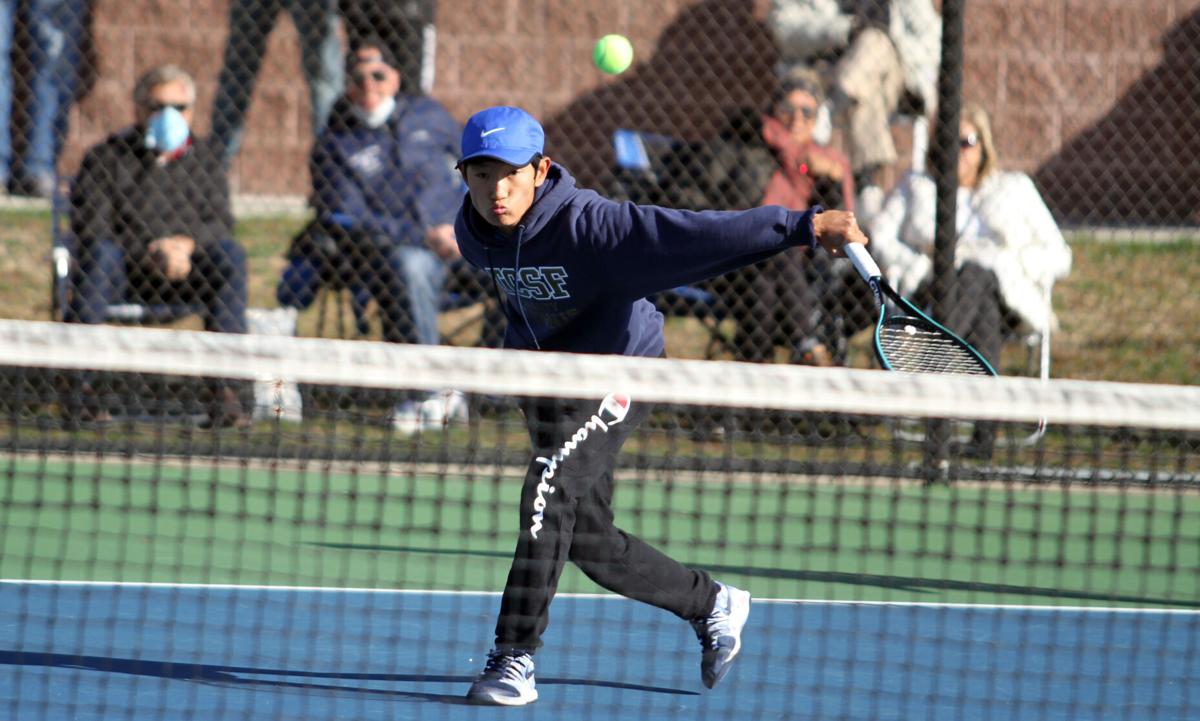 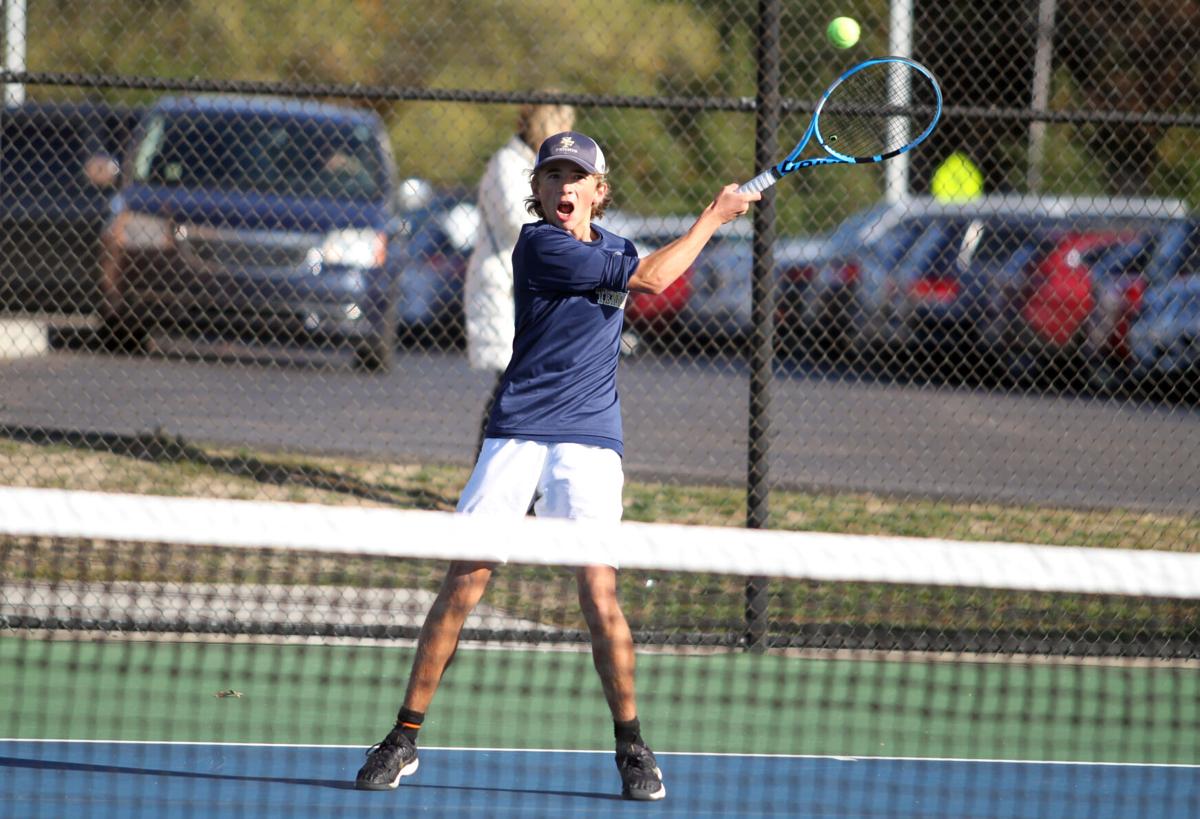 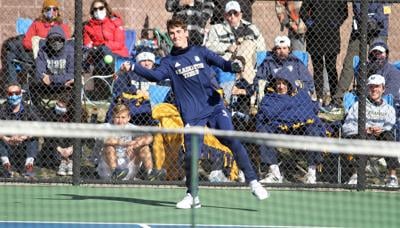 Depending on how you look at it, the Gladiators did just as well, or even better this time around.

The Glads fell 5-3 to Hudsonville Unity Christian in Friday’s Division 4 state semifinals at Portage Central High School. Because of COVID-19, the state tournament format changed this year to a true team style instead of the typical flight-based team point system.

St. Francis cruised through the first four rounds of the tourney, winning each 8-0 to be one of the final four standing.

The Gladiators return 11 out of 12 varsity players, losing top singles player Charlie Schmude after a career that produced more than 120 victories.

“It’s disappointing,” Glads head coach Dane Fosgard said. “We were the one seed, but Hudsonville was a great team. They got off to a better start than us in doubles, and they got off to a quick 3-1 lead. It was really hard to come back from there. So overall, disappointing, but I’m still proud of the guys for the season they had. I know they’ll play a lot in the offseason and come back ready next year.”

Grosse Pointe Liggett defeated Kalamazoo Hackett 6-2 in the other semifinal. Liggett went on to beat Hudsonville Unity 8-0 in the finals.

“It’s a good learning experience. It’s sad that we have to go. We were the one seeds coming in, so high expectations. We just came up a little bit short.”

The Crusaders took the other three doubles flights, with Jake McNamara and Micah Riddering taking a 6-4, 6-3 win over Jack Britten and Anthony Spranger in the No. 2 flight, Nate Lenters and Ben Timmermans topping Charlie King and Chris Bobrowski 6-1, 6-3 and Jacob Lanning and Will Anama posting a 6-3, 6-2 win against Tommy Puetz and Kyle Warnes.

Once the Crusaders took No. 4 singles in a second set tiebreak, the best the Glads could do would be to tie 4-4 and take the tiebreakers.

When Hudsonsville Unity won sets in the top two flights, it became mathematically impossible for St. Francis to win the tiebreaker.

“I told him after the second set that the team had had already lost,” Fosgard said. “The pressure was taken off and he just totally played loose.”

Hudsonville’s Ryan Broek won No. 1 singles 7-6 (4), 6-1 over Charlie Schmude and senior Austin Widner notched a 6-2, 7-5 win against freshman Luke Bobrowski as the two similar players traded baseline shots much of the match.

Hedley served up a 6-2, 6-1 No. 3 singles win over Unity’s Chafer Jolman, a senior who played in last year’s finals at No. 1 doubles, using his blistering serve to keep the much taller Jolman off guard.

“That’s my biggest weapon and that’s what I do the best,” Hedley said. “My grandpa helped me a lot with it, and I’ve been working on it for the last three years. It’s helped me to get where I am today.”

Fosgard said he thought Hedley would have won the No. 3 singles state championship if the format was the same as previous years.

Fosgard said Charlie Schmude is a decent bet to play in next week’s No. 1 singles individual state finals.

A panel of coaches chooses the top eight players in Division 4 for a tournament at Portland.

GLEN LAKE — The first day of soccer districts nearly had a northern Michigan power get upset.

KINGSLEY — Confidence is key, and the Kingsley Stags volleyball team got a huge dose of it T…

PETOSKEY — Traverse City Central has gone back to back.

MANISTEE — Manistee’s football games with McBain this week have been canceled because of a COVID-19 quarantine.