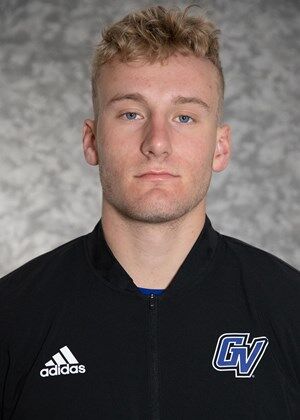 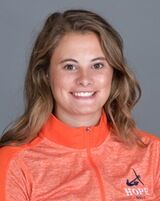 Peterson completed 14-of-20 passes for 251 yards and four touchdowns, while rushing for 32 yards on four carries in just one half of action as GVSU claimed a 70-9 league victory over Northwood. He guided the Lakers’ offense to six first half TDs on six first-half possessions, 406 yards of total offense on 38 plays, 19 first downs and a 10.7 yards per play average.

The senior biomedical and biomechanical engineering major is a graduate of Traverse City West Senior High. She is receiving the honor for the first time.

Jenkinson helped the Flying Dutch win their 10th MIAA championship last weekend by carding rounds of 74 and 82 during the MIAA Fall Finish at Bedford Valley Country Club in Battle Creek. Saturday’s 74 was a career-low for Jenkinson.

BOSTON — Charlevoix resident Des Linden finished 17th in the women’s elite field at the 125th Boston Marathon with a time of 2:35:25, ranking her fifth among Americans. The 2021 running of the race was held in the fall for the first time.

Linden said Monday’s race was a “suffer-fest” in an interview with WBZ and credited the crowds for helping her persevere.

GRAND RAPIDS — Traverse City Tritons junior Avery Bills broke a 21-year-old program record with a 2:14.45 in the 200 individual medley Saturday at the MISCA Championship meet, dropping 2.5 seconds off her season best time. She missed the cut for the Division 1 state finals by less than one second. Bills also raced a 59.95 in the 100 backstroke.