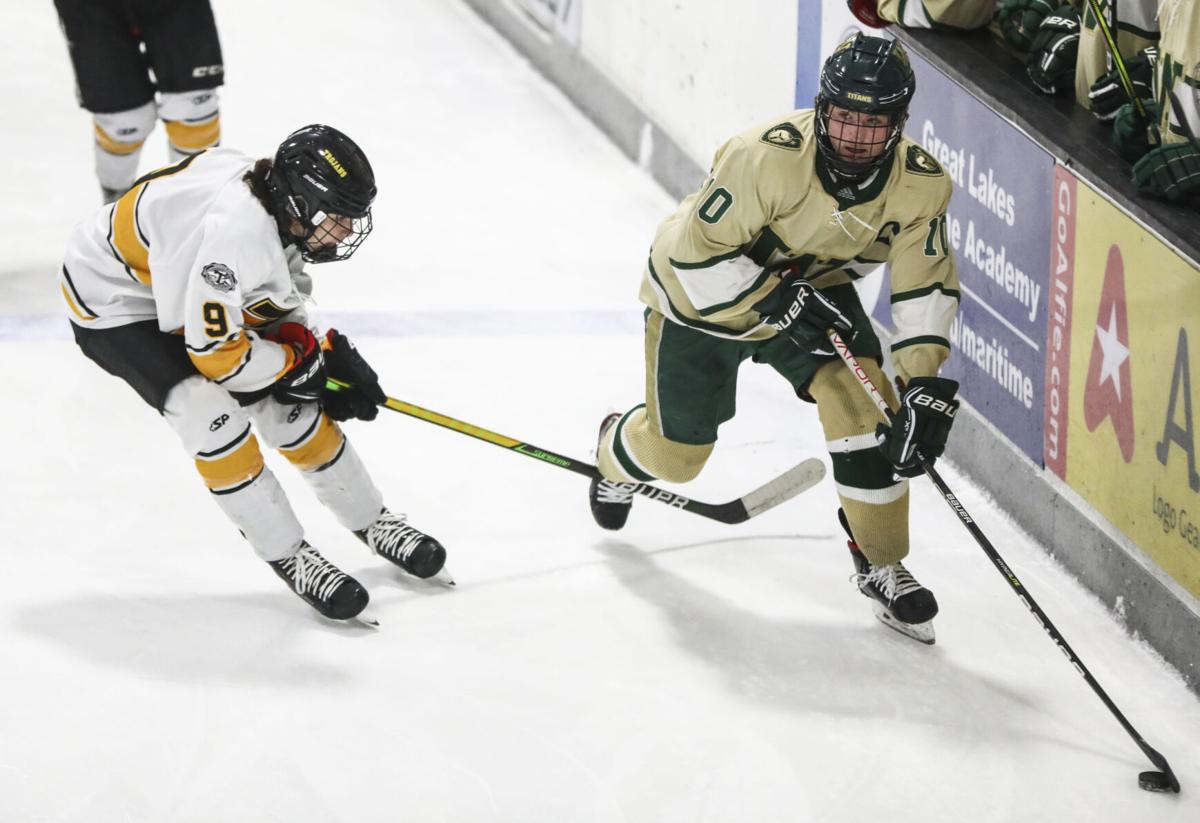 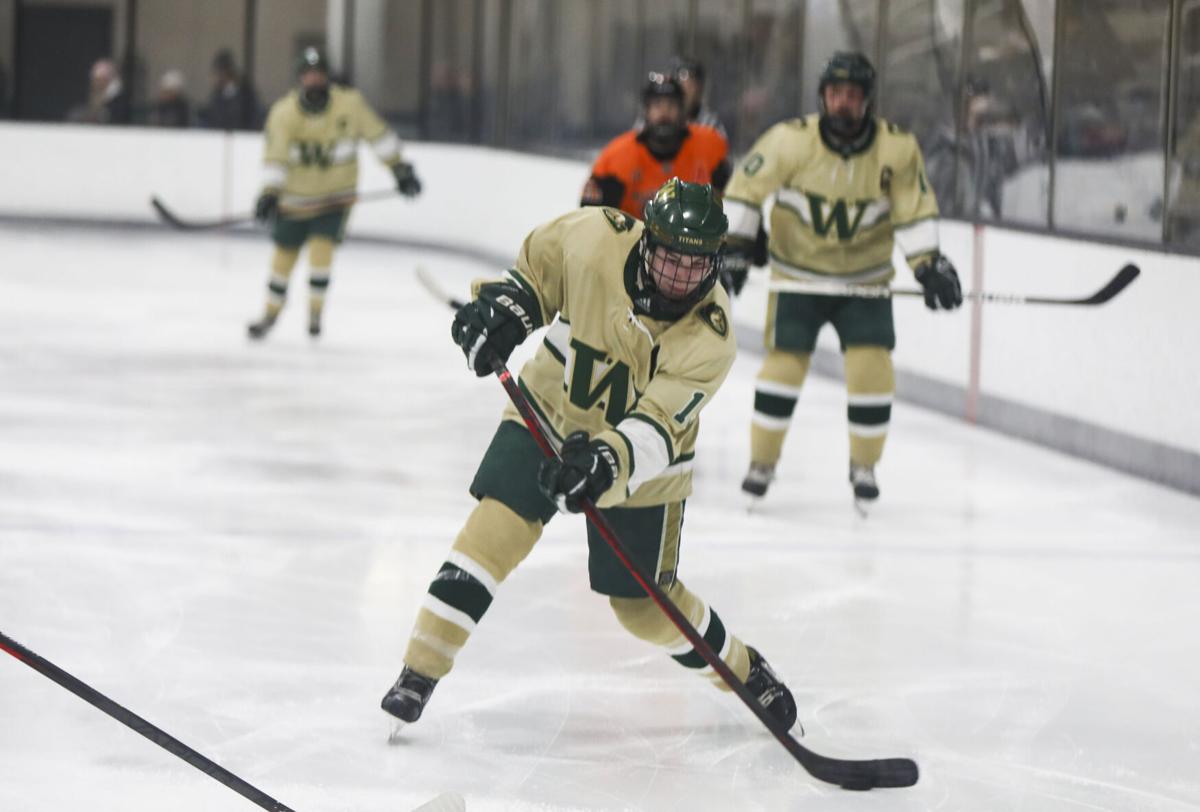 TRAVERSE CITY — What do you do with the puck when two players break a record at the same time?

That’s up to Traverse City West seniors Tyler Esman and Michael Schermerhorn. The hockey duo became the Titans’ all-time leading point scorers on the same goal during a 7-3 loss Wednesday to Traverse City Central in the third-place game of the Scott Miller Memorial Tournament at Centre Ice Arena.

Esman scored the record-breaking goal with an assist from Schermerhorn with 7:16 to play in the game. Both ended the game with 102 career points.

“It’s a good accomplishment,” Schermerhorn said. “Really a testament to the hard four years that I’ve had here, as well as Tyler. ... I guess a great majority of our points have been his goals and my assists — or vice versa. It’s good to have 200 combined points from the both of us.”

Schermerhorn assisted on the Titans’ first goal of the game in the second period, picking up his 100th career point. The two linemates tied Shane Totten’s program record of 101 points on a goal with 8:39 to go in the game. They surpassed that mark just over a minute later.

“It’s fitting that they’re getting it together at the same time because they’ve been together the whole time,” TC West head coach Jeremy Rintala said.

Esman, who netted point No. 100 Monday against the Bay Reps, said after that game it’s been nice to see the two improve after playing on varsity as freshmen.

“Going through all four years with him has been great,” Schermerhorn said. “Started off pretty small as freshmen, not huge roles, but we did our job. Breaking the record for the most points in school history is pretty cool.”

Totten graduated from TC West in 2010 and held the record for more than 10 years. He went on to play collegiately for Nichols College and rallied back from a cancer diagnosis to score his first collegiate goal in his third season.

The new record-holders will have a chance to extend their historical marks as the season goes on. The Titans (6-3-1) have 13 regular-season games remaining, plus the playoffs.

TRAVERSE CITY — It was a milestone game for someone on both Traverse City teams.