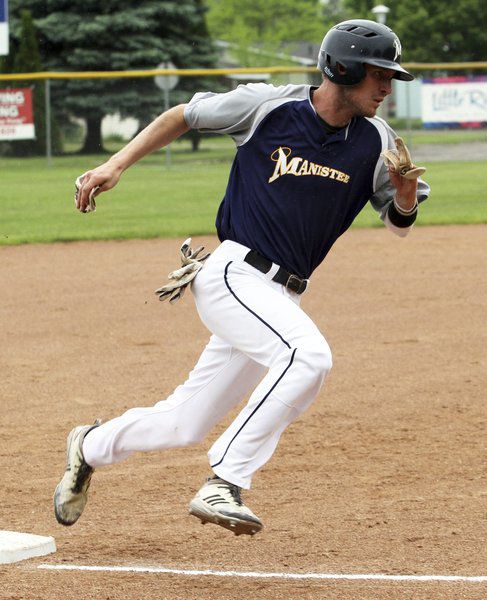 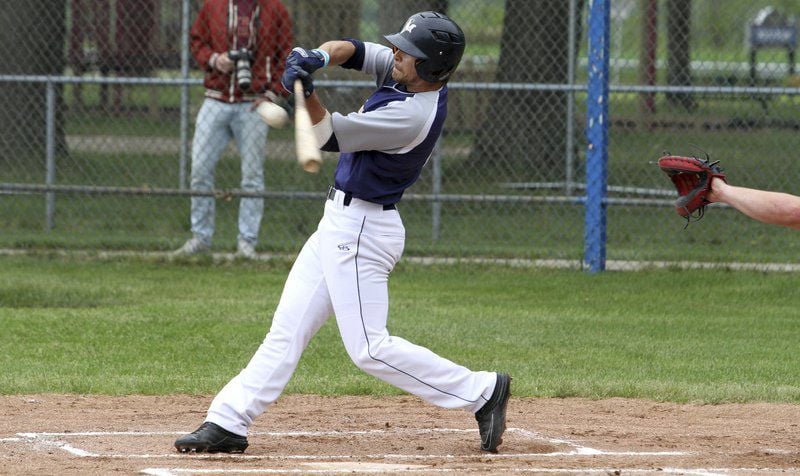 MANISTEE — Rain may have prevented the season's first loss as the Manistee Saints kept their perfect record intact with a 10-0 win over the Michigan Sports Academy.

With precipitation forecast for much of Sunday in Manistee, the Saints didn't waste any time, batting around and rolling to an 8-0 first-inning lead.

The doubleheader's second game was called in the middle of the second with MSA up 4-0, but that game won't count in the standings, so Manistee stays unbeaten two weeks into the season.

Manistee — which also beat MSA 6-5 and 17-7 on Saturday — hosts the Saginaw Sugar Beets next Sunday in Great Lakes United Baseball League action. The Saints (5-0) and Sugar Beets (4-0) are the UBL's only remaining unbeaten teams.

Eddie Davidson (Kalkaska) was 1-for-1 with a run scored for MSA in the rain-shortened game. Davidson had a 2-for-6 day with two RBIs, a run and two walks in Saturday's doubleheader.

Nick Brzezinski (TC West) had a big twinbill Saturday, going 3-for-4 with a triple and two RBIs in the opener and 2-for-4 with three RBIs and two runs in the nightcap. Alex Strickland (TC West) homered and drove in three runs, Weinert walked twice, doubled and scored two runs and Kyle Gorski (Traverse City) doubled.

Cam Fewless (TC Central) earned the opening-game win with five innings of four-hit ball, striking out six. Austin Harper (Onekama) and Kirk Myers (Frankfort) each tossed an inning to close out the win, both striking out a pair.

Lucas Richardson (Brethren) drove in three runs, Weinert two, Trenton Smiley three and Sempert three in the 17-7 win. Smiley, a South Haven native, had a 4-for-4 game with three RBIs and three runs scored. Brzezinski and Briggs each knocked out two hits.