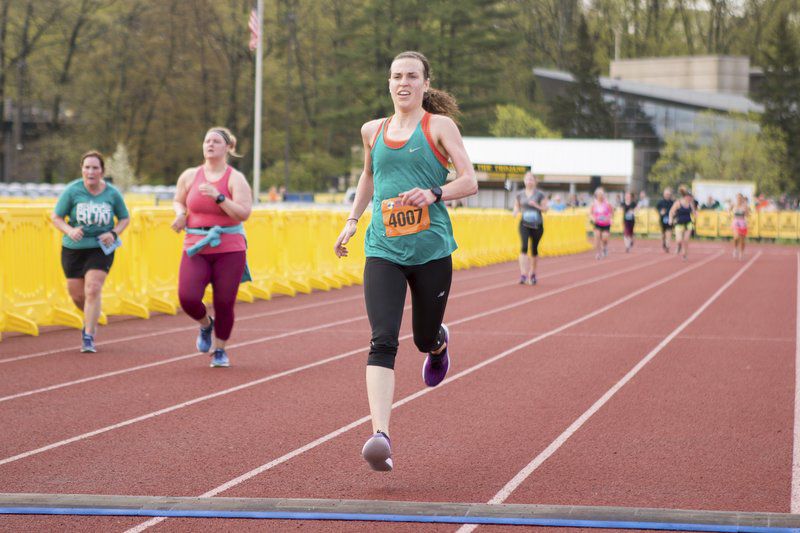 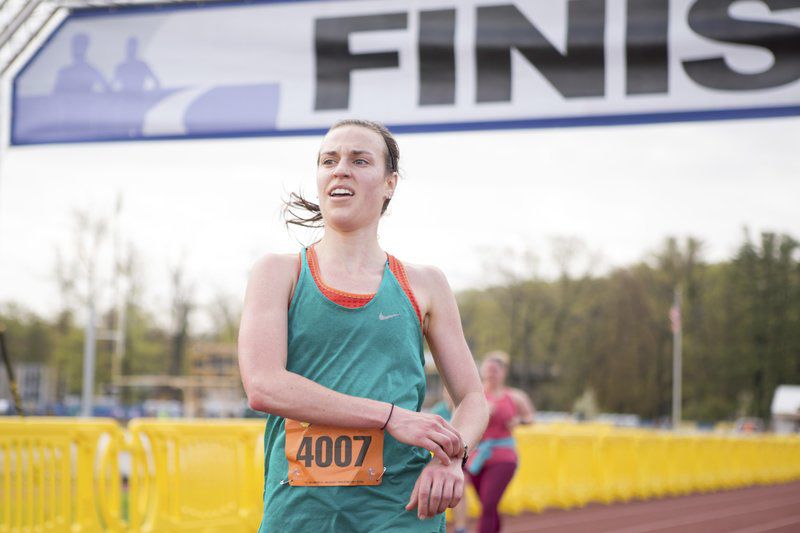 TRAVERSE CITY — A storm rolled through, leaving humid air in its wake.

"(Success), I think it's a relative thing. Anyone who comes out here and competes in any event, they've got a bar for what would be the greatest way to have the experience," Ripley said. "For some, it's finishing the race, for others it's getting a time that's a personal best or good time for the course. Guys like me, when we come out, we're hoping we can take away the win. When you do, it doesn't get any better than that."

Ripley, of Rockford, Mich., has run Bayshore events before, including a 10K win in 2011, but it was his first half marathon win.

Mccracken said she wasn't particularly out to win the race or the $750 prize awarded to its winners, but rather to reach personal goals.

Not only did she win, she crushed her expectations.

The downtown Detroit resident posted a time three minutes faster than what she had hoped to accomplish. And she admitted she thought her original goal might be a reach.

"I got three minutes faster than I was hoping for," Mccracken said. "I thought that was a reach goal, so weather turned out in our favor and a lot of training I haven't had previously in other half marathons.

"I'm originally from Virginia, so I'm used to running in the hot, sticky humidity."

Mccracken held off runner-up Alena Tonne, a University of Michigan student from Valparaiso, Ind., for the women's title, but while Mccracken found the weather tolerable, Tonne did not.

"I was consistently running 1:23:00, but I haven't broken it yet, so I was thinking that was today. Obviously that didn't happen. It was kind of weird weather. You'd be running and couldn't see five feet in front of you because the fog was so dense."

Tonne won the Ann Arbor half marathon in March and was looking to carry that momentum into Bayshore.

"My legs just could not pick up," she said. "They just felt like bricks."

Ripley battled with overall runner-up Matt Melvin for much of the race, trading positions on and off until half way through the race, when Ripley began to pull away.

The Record-Eagle's coverage of the 2019 Bayshore Marathon races: