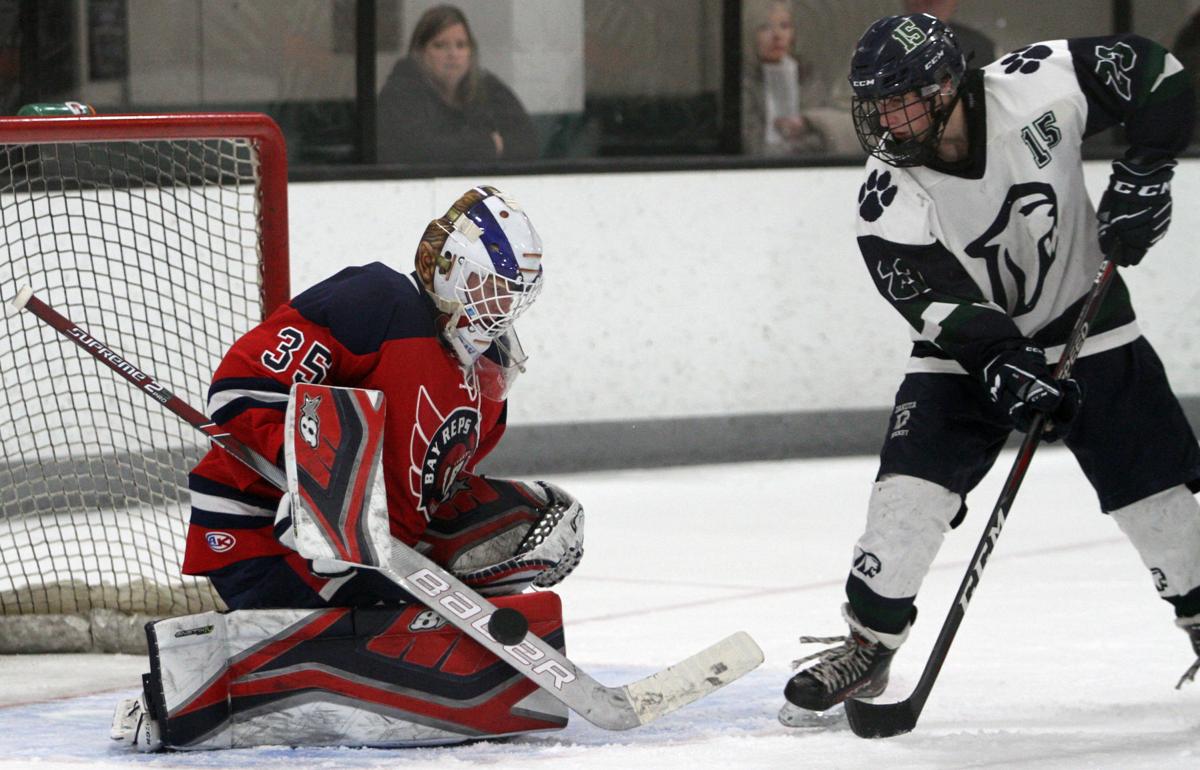 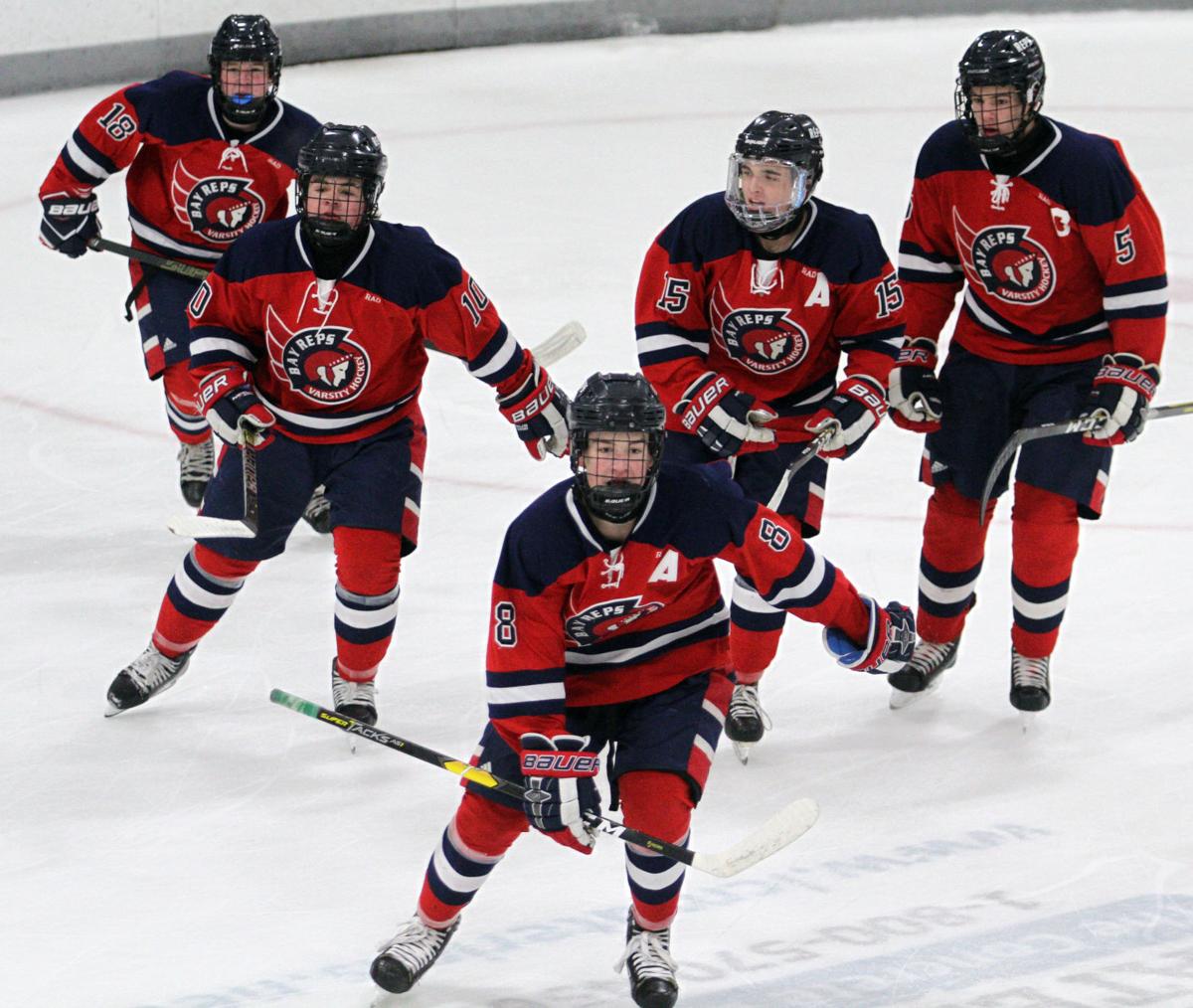 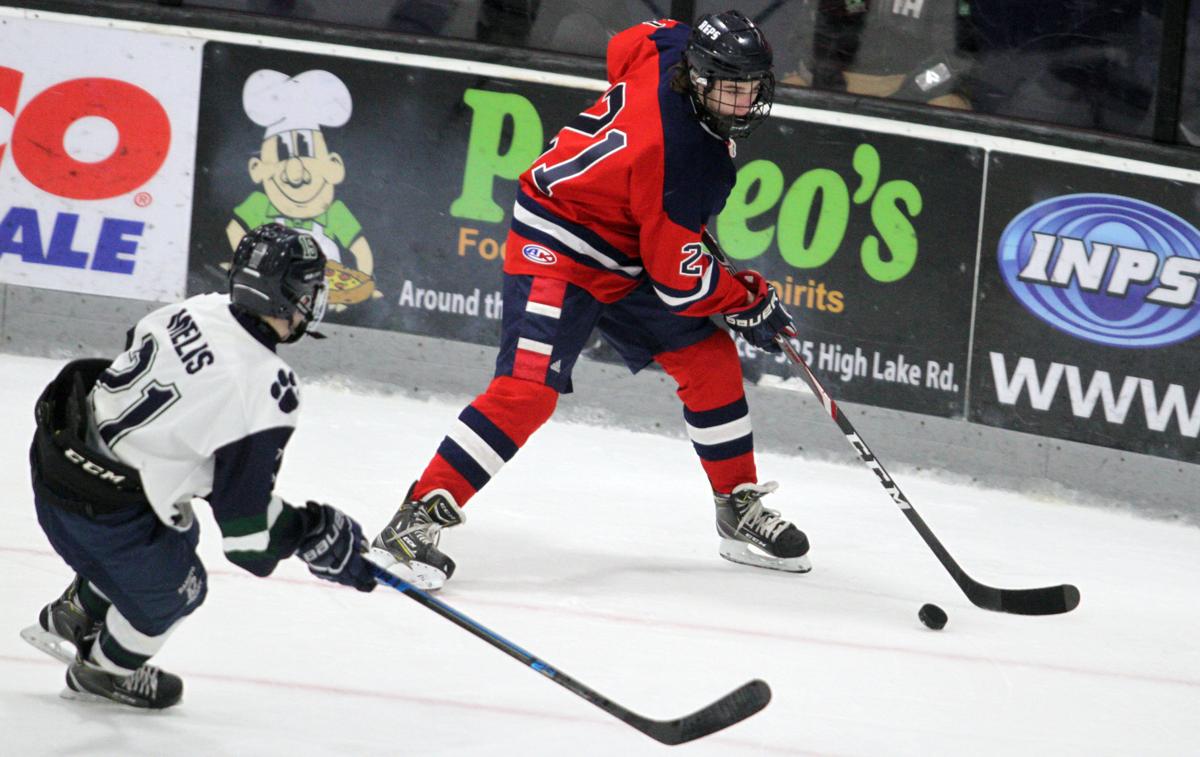 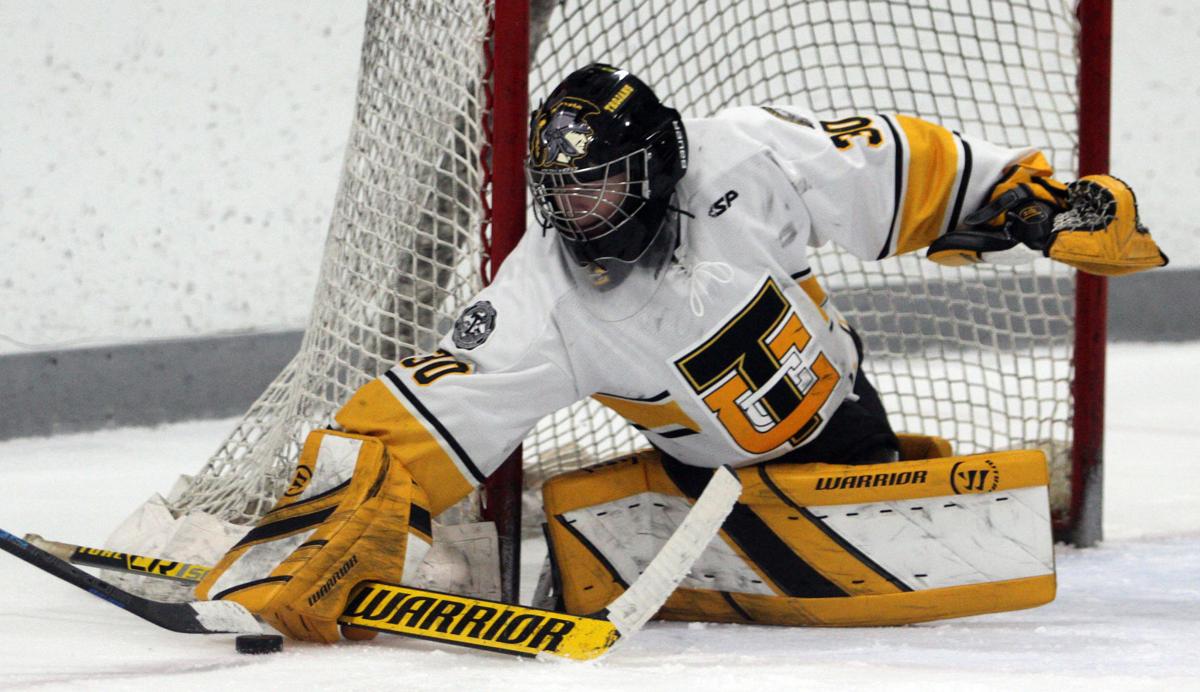 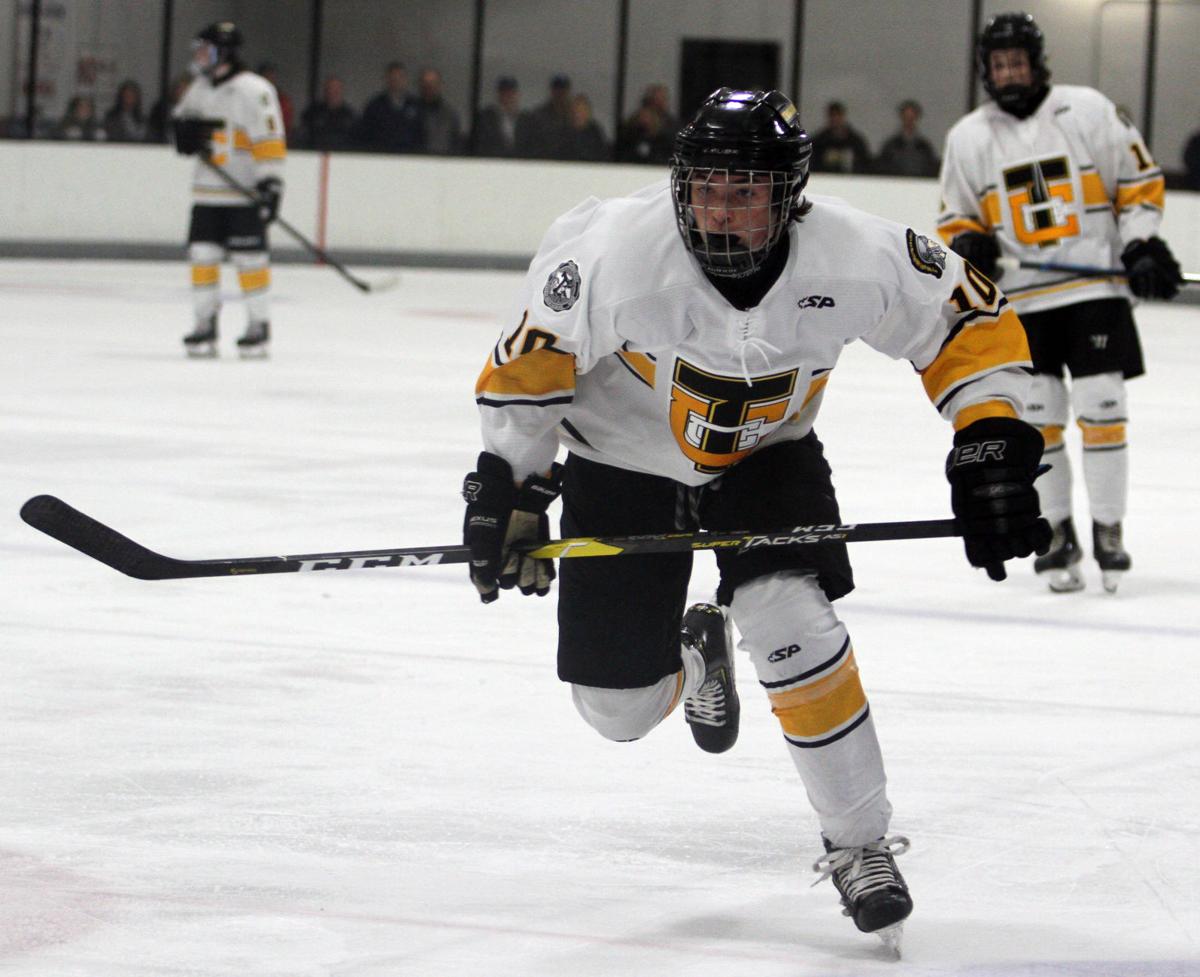 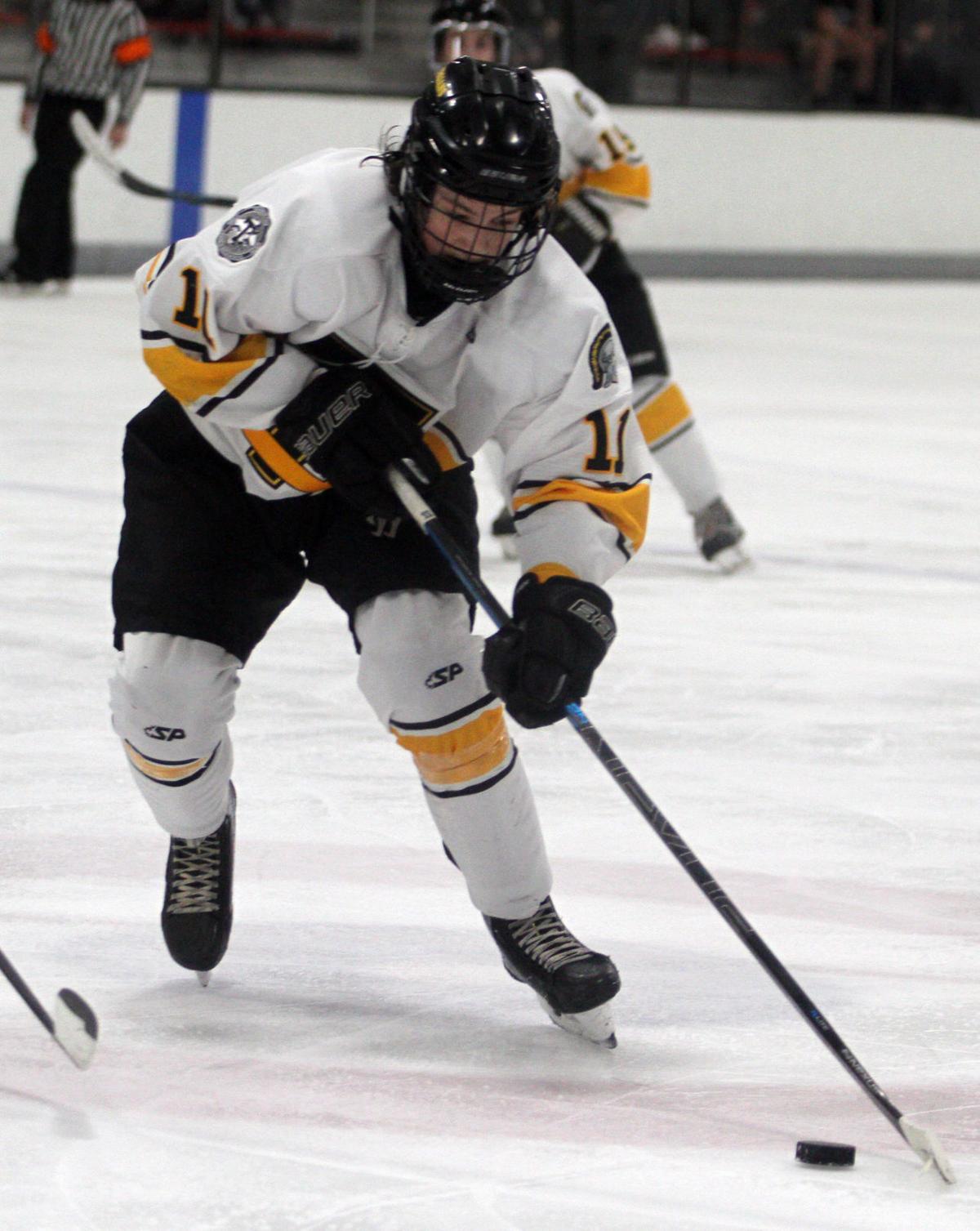 It was the kind the Bay Reps don’t mind.

The Reps defense forced Macomb Dakota to mostly take shots from outside, and Lawson turned each one aside, making 33 saves for a 4-0 shutout hockey win in the Rick Deneweth Memorial North-South Showcase at Centre Ice Arena.

“We didn’t really give them a lot of good opportunities,” Reps head coach Mike Matteucci said. “A lot of the shots they had were perimeter shots, and I’m OK with that. They can get 100 of those in a game that’s fine with me.”

Jack Bradley and Ben Polomsky each had a goal and an assist in the victory over the No. 6-ranked Division 1 team.

Bradley capped off the scoring with a empty-net, short-handed goal when Dakota pulled its goalie for a 6-on-4 power play. A Cougars players went to take a shot from the point and his stick snapped, leaving Bradley all alone to deposit the puck in the other net. Bradley, one of only three seniors on the team, also set up Andrew Bankey’s first-period goal, along with Joe Mattuecci to put the Reps up 2-0.

“I was on a two-on-one breakaway with my buddy Andrew Bankey,” Bradley said, “and then I passed the cross and he snapped it up high.”

In a battle of Division 2 ranked teams on the other Centre Ice sheet, No. 6 Traverse City Central dropped a 4-1 decision to No. 2-ranked Livonia Stevenson.

Dakota actually outshot the Reps 33-23, as Cougars goalie Trevor Zielinski made 19 saves. The Reps (11-3-1) scored twice on only six first-period shots and once on four in the third. Polomsky scored the second period’s only goal, as the Reps pelted Zielinski with 13 shots. Kaleb Miller and Drew Hardy drew assists on Polomsky’s goals.

“Our goalie played outstanding today, so we’re pretty blessed to have a good goaltender,” Bradley said. “We pulled it off against a pretty good team and we’re kind of an underdog this year. We’re a really young team and being one of the only seniors on the team, it’s pretty special for the young guys to step up.”

Hardy, a freshman, scored the game’s opening goal off a Polomsky helper 3:03 into the game.

“We came out really fast, we scored a couple early and we had them on their heels right away,” Mike Matteucci said. “I think that’s one of the most complete, best team games we’ve played so far this season.”

“He controlled his rebound controls really well tonight,” Mike Matteucci said. “And that’s huge in high school hockey because a lot of teams, they just get it in, they crash and hopefully get to a rebound, but Judd seemed to suck everything in.”

Nick Sommerfield scored Central’s only goal at 10:56 of the third period, assisted by Chris Usiondek and Owen Dawson.

Central came out strong early on, outshooting the Spartans 4-1 in the first seven minutes, including having a goal waived off on an offsides call. A minute and 14 seconds later, Stevenson struck on Seth Lause’s goal. Ethan Waldo, Mark Stefanick and Nick Justice added Stevenson’s other goals.

The Trojans, coming off a 9-1 mercy of Cadillac on Wednesday, came in ranked No. 6 and with a 10-1-2 record and left with their first loss to a Michigan prep team this season (their other loss came to Toledo St. Johns).

“We haven’t you haven’t seen anything like that this year,” TC Central head coach Chris Givens said. “There’s no real way to prepare. You just have to get into it and see what you can do against someone. In the first half of the first period and then again in the third period, I thought we competed really hard. We just couldn’t sustain that level against these guys.”